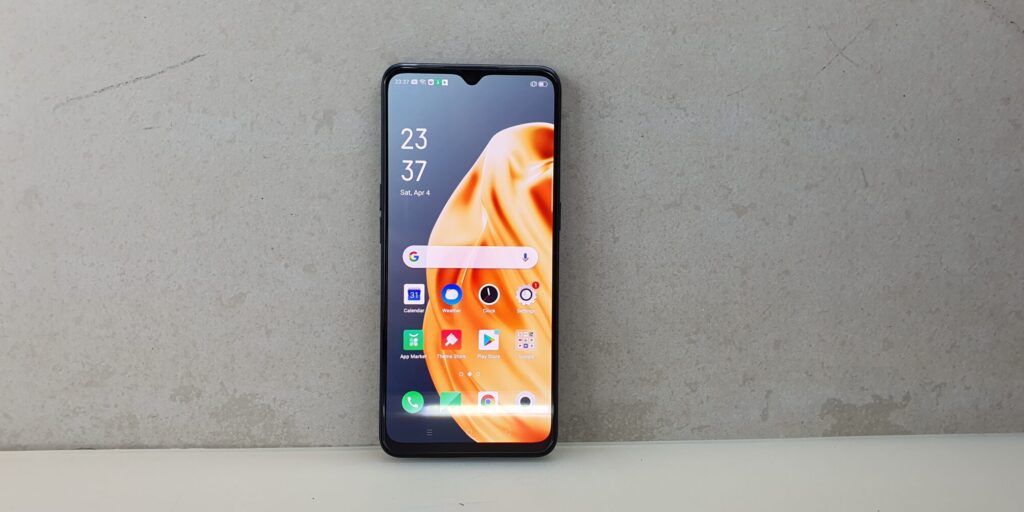 OPPO’s latest sub-RM1,000 workhorse is an interesting blend of proven tech and a few new features that usually don’t make it to their entry level A series line-up. In Malaysia, the OPPO A91 retails for RM999 and comes in two colours – Lightning Black and a recently issued Unicorn White.

The biggest draw here for the A91 is that it attempts to throw in a quad camera, an AMOLED screen and a large battery with their vaunted VOOC 3.0 Flash Charge tech along with some other goodies at this price point to make it a competitive proposition. 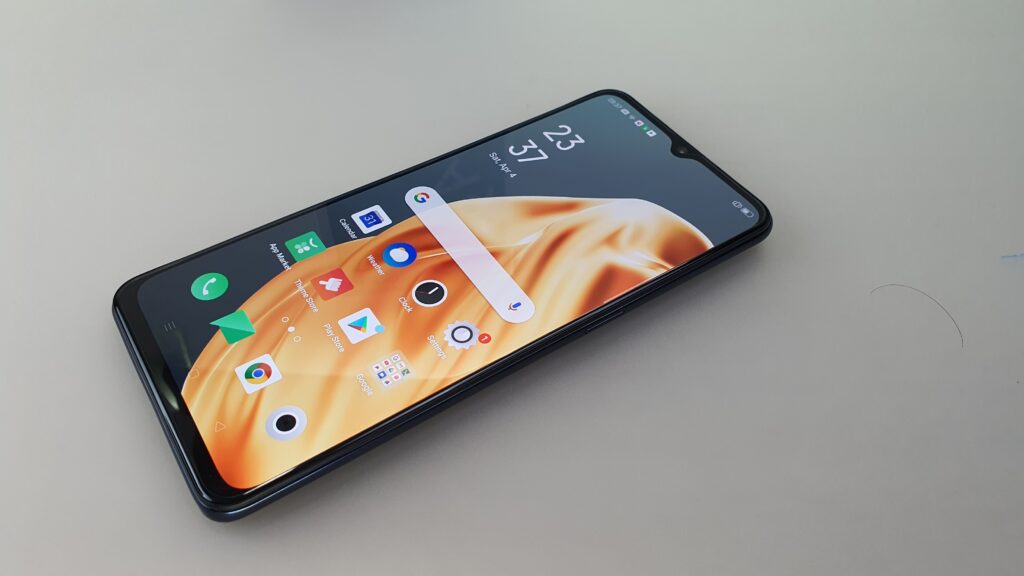 OPPO A91 Specifications and Design

Out of the box, the OPPO A91 has a fair selection of kit. You have the phone itself, a soft TPU casing to protect it, a pair of hard ear buds with a traditional 3.5mm jack, a USB Type C cable and a VOOC Flash Charge 3.0 compatible charger which is a bit of a rarity at this price range. On paper, OPPO’s VOOC Flash Charge is rated to fast charge the phone’s battery much faster than traditional chargers to the tune of 50%  in just 30 minutes.

Another bonus is that they’ve added a free screen protector that’s already been slapped onto the display. You effectively have everything you need to protect your new investment and deploy it straight out of the box without having to spend additional cash or time hunting for other accessories which is a pleasant bonus indeed.

In terms of hardware, the OPPO A91 has the following specifications:

The biggest draw here is the addition of a shiny and vibrant AMOLED display which has been a rarity in OPPO’s A-series line-up prior to the A91. In keeping with newer phones, the A91 tries to offer as much screen real estate as possible with a tiny tear drop notch up top for the 16-MP selfie camera and an in-display fingerprint reader at the lower quadrant of the display. 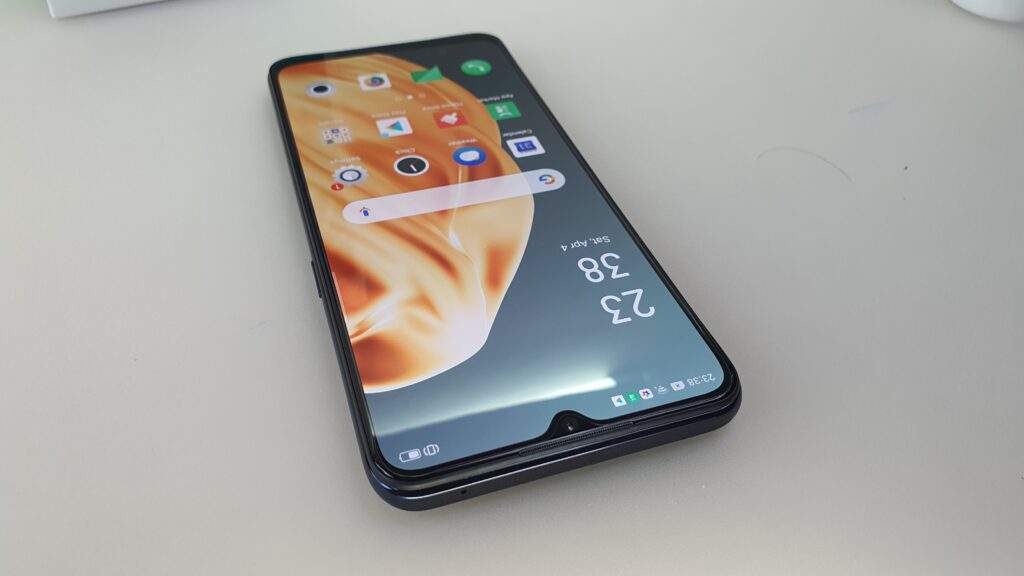 Oddly enough, the A91 uses the somewhat dated MediaTek Helio P70 processor that saw service in the OPPO F11 last year. It was considered serviceable if pitted against last year’s models though it’s a bit long in the tooth compared to current generation hardware. Fortunately, they’ve tempered that with the addition of 8GB RAM and 128GB of expandable storage which is almost double what the F11 had.

The rear sports a quad camera setup with a primary 48-MP F/1.8 camera that uses pixel binning to offer up 12-MP snaps, a secondary 8-MP wide angle camera as well as a 2-MP mono sensor and a 2-MP depth sensor. Only the primary and wide angle camera are actively used by the phone and there’s no optical image stabilisation on offer, which is typical of phones in this price range though it does have PDAF on the primary camera. Keeping it powered is a 4,025mAh battery that has 20W fast charging via the bundled OPPO VOOC charger. 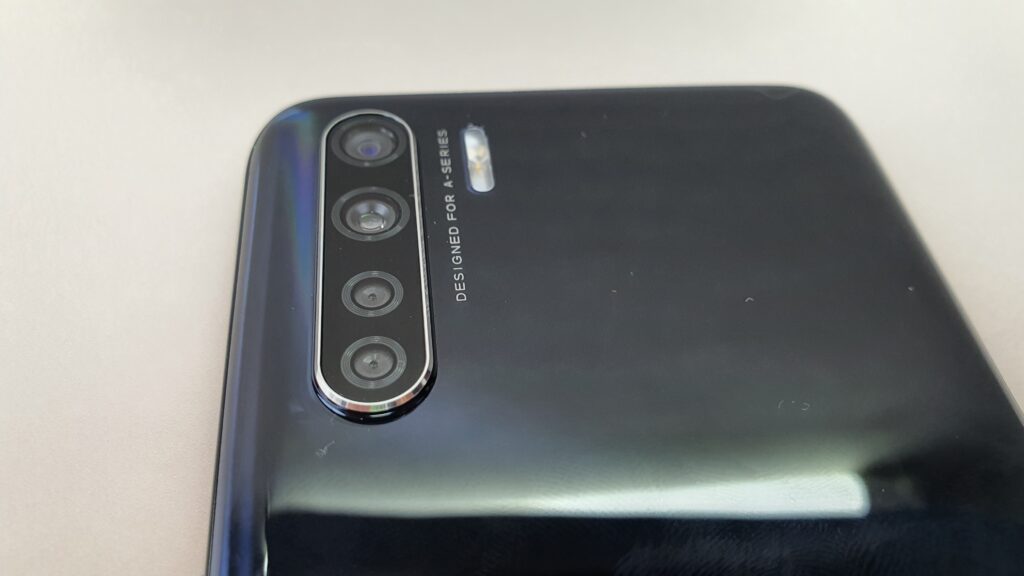 The overall chassis is still made from polycarbonate laminated with high gloss mirrored finish that mimics the look of glass though the weight and tactility are obvious when held in your hands. Our test unit’s Lightning Black finish had an iridescent reflection in the light; like prior examples it is also a fingerprint magnet.

Button placement and design is fairly standard with a volume rocker on the left, a power button on the right and a USB Type C charging dock at the base of the phone along with a 3.5mm audio jack.

The hardware it offers puts it squarely as a mid range phone albeit one with a dearer price tag than usual, presumably on account of the addition of an AMOLED panel. Build quality is good and the provision of a pair of headphones, casing, screen protector and a VOOC fast charger go some way to salving its lofty price tag for an entry level phone.

OPPO A91 Performance and benchmarks

The phone runs Android 10.1 overlaid with OPPO’s own Color OS6.1.2 with all of its perks and underlying quirks akin to the last couple of versions before it, which is to say that it has a ton of customisable themes to change the look of your phone but is still chock full of bloatware that you’ll need to clear out. OPPO’s other gesture related shortcuts including its novel screen-off gestures remain present and do come in handy.

For the uninitiated, the screen-off gestures let you access shortcuts to control music playback, turn the camera on and activate the flashlight by drawing symbols on the display even when it’s off.

When subjected to synthetic benchmarks, the OPPO A91 performed in a reasonably competent fashion. As Antutu is temporarily taken off the Google Play store due to some incongruities, we’re swapping it with GFXBench for now. Here’s how it scored:

The provided AMOLED display proved to be a delight with punchy colours and crisp detail that belie its price point, more so for the fact that its competitors with similar AMOLED displays cost a fair bit more. The mono speaker is serviceable if unexceptional with acceptable volume and clarity though the 3.5mm audio jack means that you can opt to use your own headphones.

In terms of performance, there isn’t much to shout about here as the phone runs slightly better than the older F11 on account of offering double the RAM and storage which does bump its performance up slightly for app multitasking and an overall smoother user experience.

Day to day usage is decent and most casual users won’t likely have much cause to gripe over the performance of the Helio P70 processor. Apps loaded in a suitably swift fashion, web browsing is generally smooth while games like PUBG and Call of Duty Mobile were tackled at a notch below the highest possible settings without the phone keeling over or cooking. 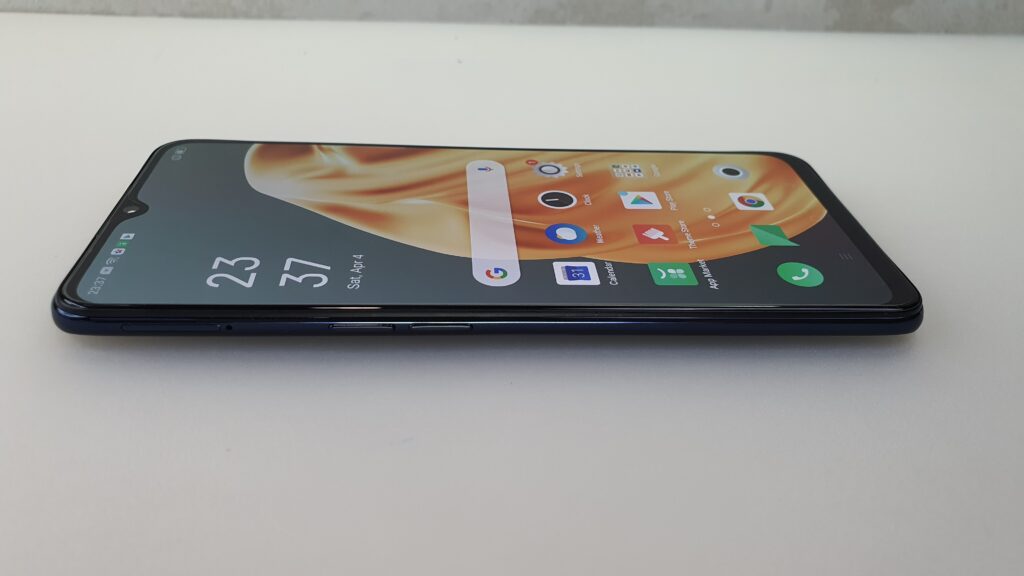 The 4,025mAh battery in the OPPO A91 seems large at first blush but exhibits middling endurance with just enough battery life to get you through a working day but you’ll be needing a top-up come sundown, more so if you’re doing something intensive that drains the battery life gaming or using the camera.

Charging it is fortunately a swift affair and the bundled VOOC 3.0 cable and charger is able to charge it to 50% or so from dead zero in about half an hour. This feature only works with the A91 so you need to bring both the charger and cable with you on the go if you need a fast top-up in the field.

The ongoing MCO means that capturing snaps beyond the confines of the immediate neighbourhood is a bit of a challenge but we subjected it to the usual photographic scenarios of brightly lit, indoors and low light subjects as well as macro shots. 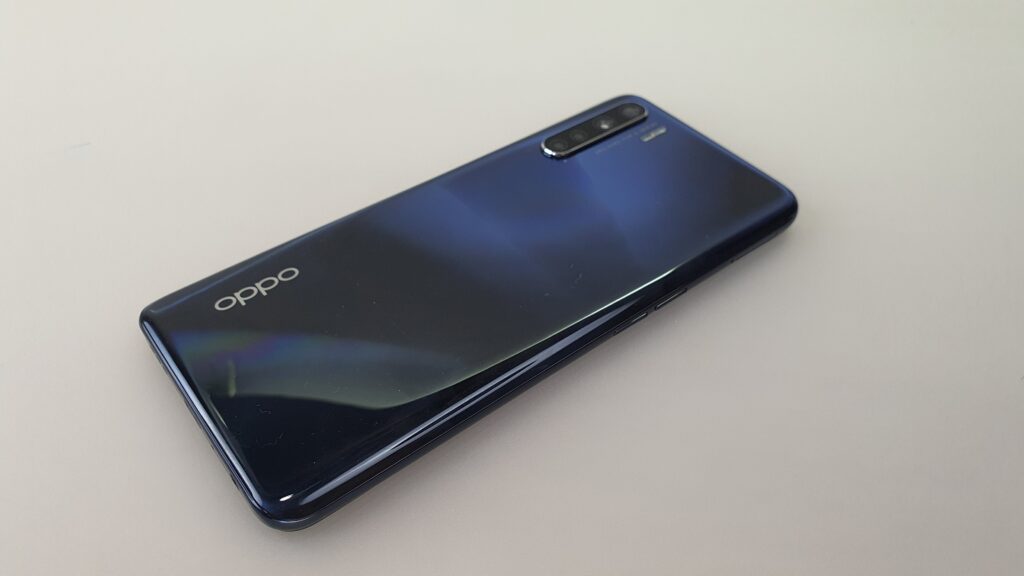 The user interface is akin to other OPPO phones and many other mainline branded phones with a vertical slider on the right allowing you to go through all the usual modes including the obligatory filters and an Expert mode. There’s also an auto HDR mode and a Dazzle mode that seems to add more vibrancy to colours in captured images. Surprisingly enough, the A91 has quite a full featured Expert/Pro mode with the ability to tweak Exposure, White Balance, Autofocus and Exposure values off the bat.

The main quirk here is that unlike other competing phones that automatically switch cameras based on your zoom, the A91 instead relies primarily on the main camera for almost everything with the mono and depth sensor simply providing additional data. For wide angle shots, you need to manually select that specific camera via a little icon for it to work. It’s hardly the most intuitive option but it does offer more fine-tuned control rather than relying on the phone to do the decision making for you.

Both usable cameras also have some rather weird quirks. The primary 48-MP camera allows for up to 5x digital zoom but the wide angle only maxes out at 2x. The only way you’d notice which camera you’re on is that aforementioned tiny icon in the corner is lit up which isn’t the most intuitive way to go about things. 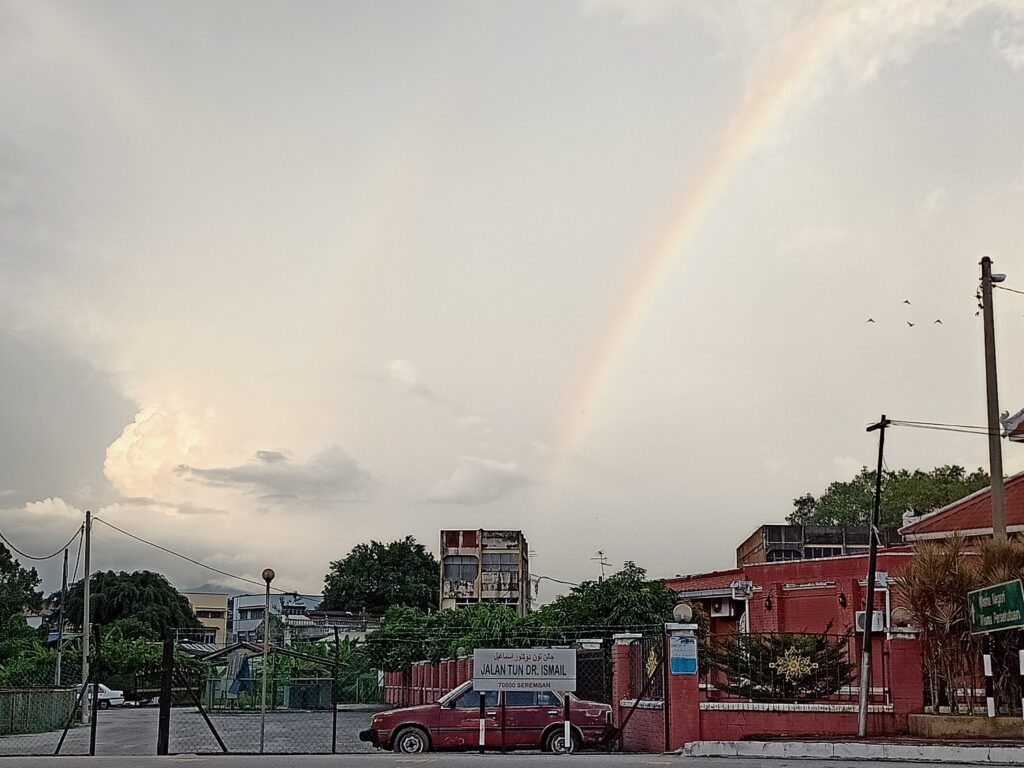 In most tasks, the primary 48-MP camera and its relatively bright F/1.8 aperture do a good job of retaining detail and colour rendition with an increase in noise and loss detail beyond 2x digital zoom. Anything beyond that has discernible noise and aggressive sharpening on account of the AI algorithms. 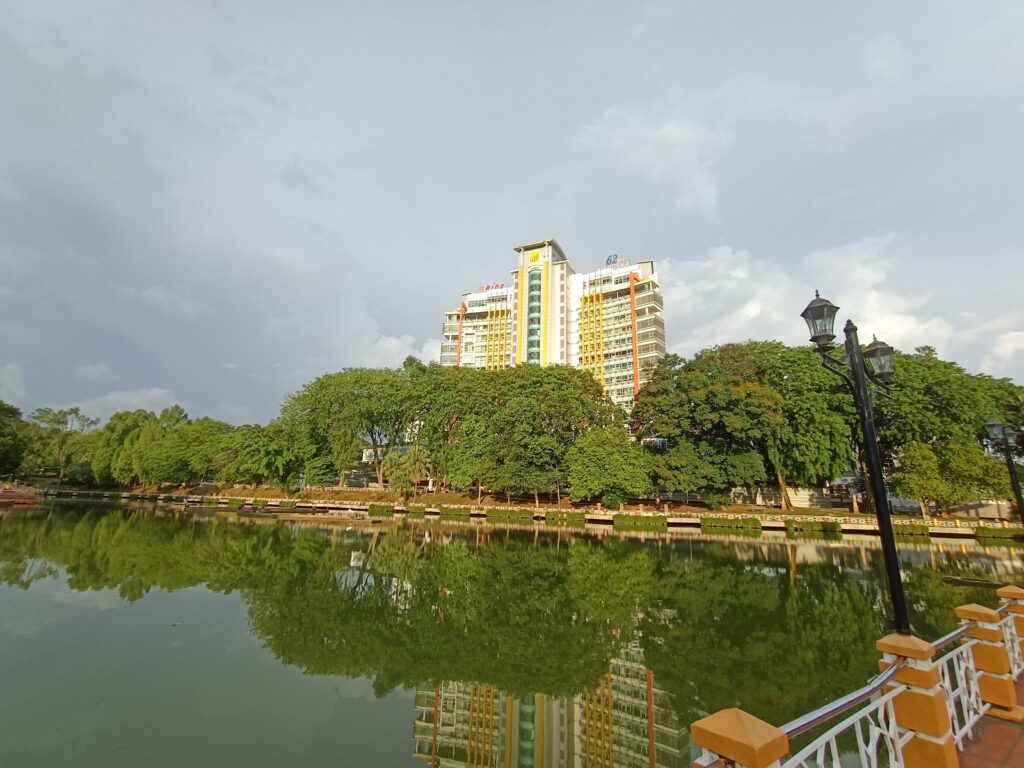 Capture with the wide angle camera of the OPPO A91 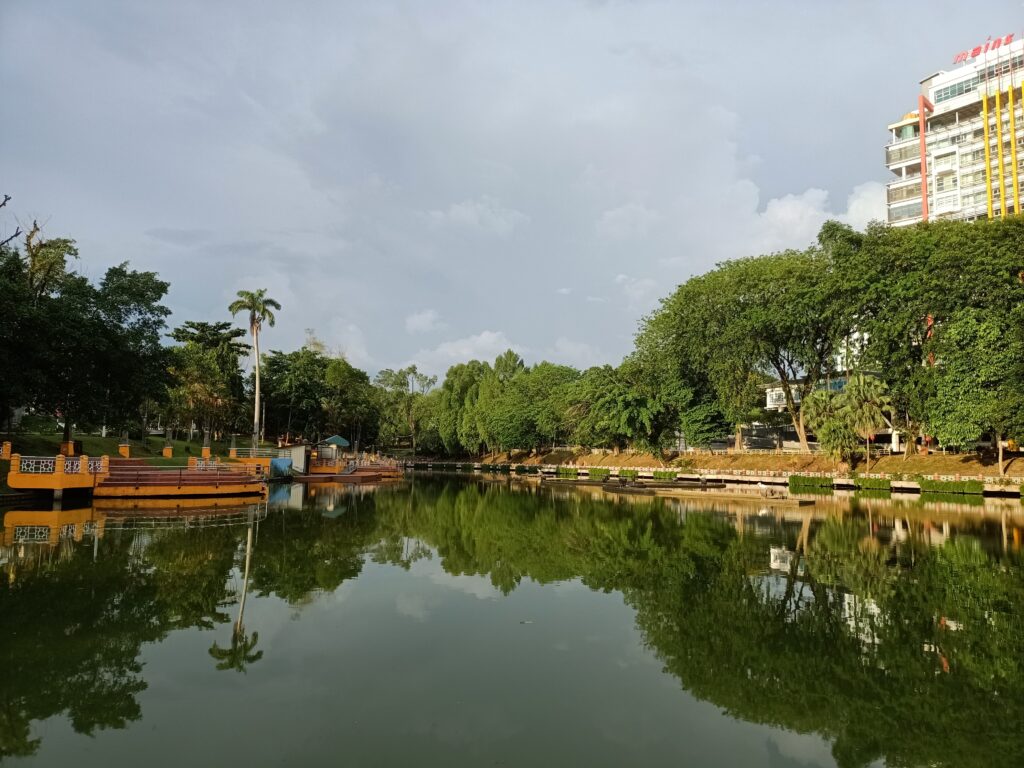 Primary camera of the OPPO A91

Low light shots without zooming are fair but unremarkable with a modest amount of grain, compensated somewhat by the large sensor and aperture but are purely for social media use. The application of Oppo’s Dazzle mode tends to oversaturate colours a bit more vibrantly than what you see with your Mk. 1 eyeball so it’s a matter of personal taste. 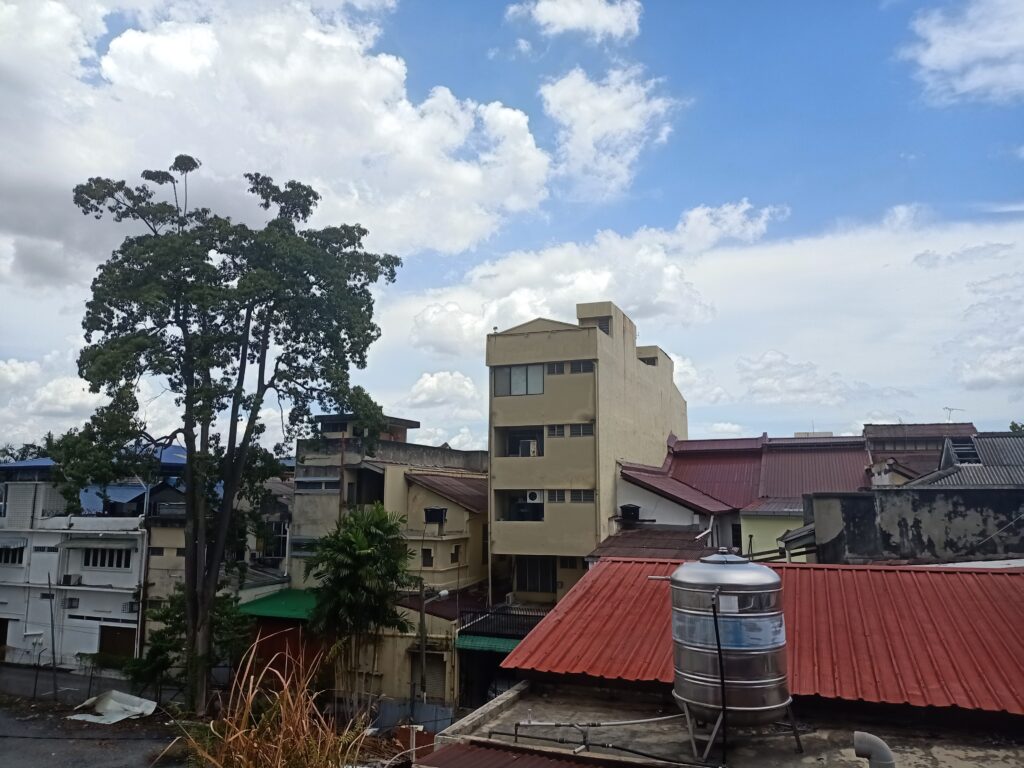 2x digital zoom on the OPPO A91 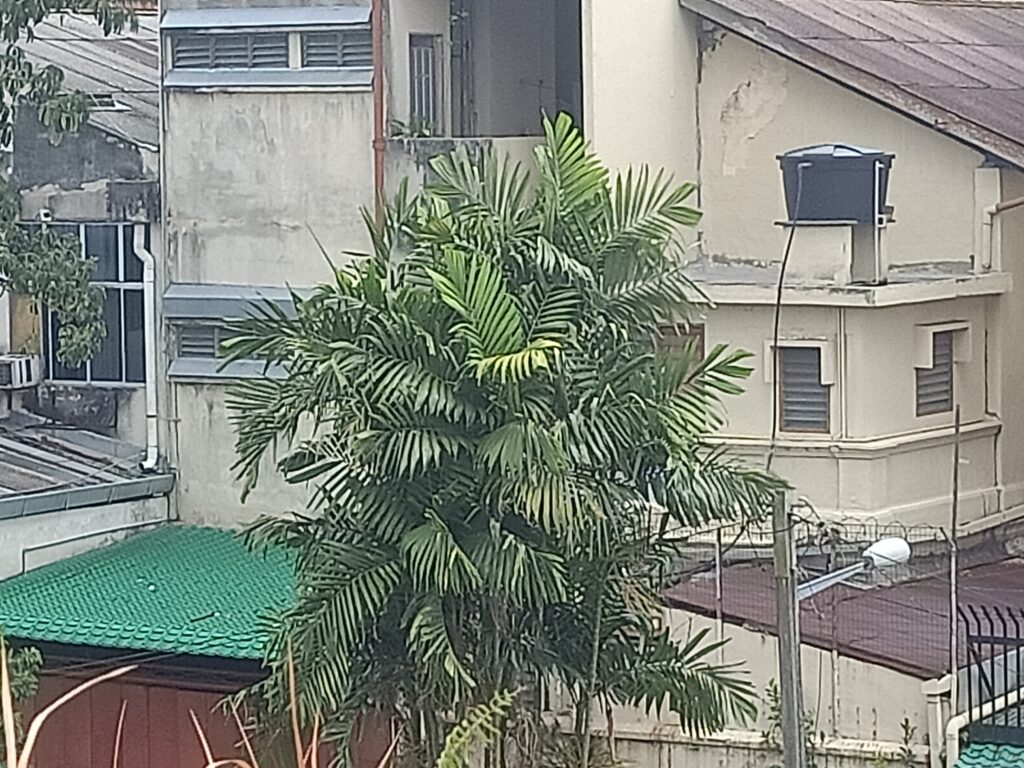 The wide angle camera does a decent job under daylight and brightly lit conditions but does not handle night settings all too well with significant noise, relegating it to use only under very specific circumstances. There’s also a bit of aspheric distortion around the edges that creates a slight fish eye effect. The front selfie camera is again serviceable with a number of beautification filters but isn’t anything groundbreaking. 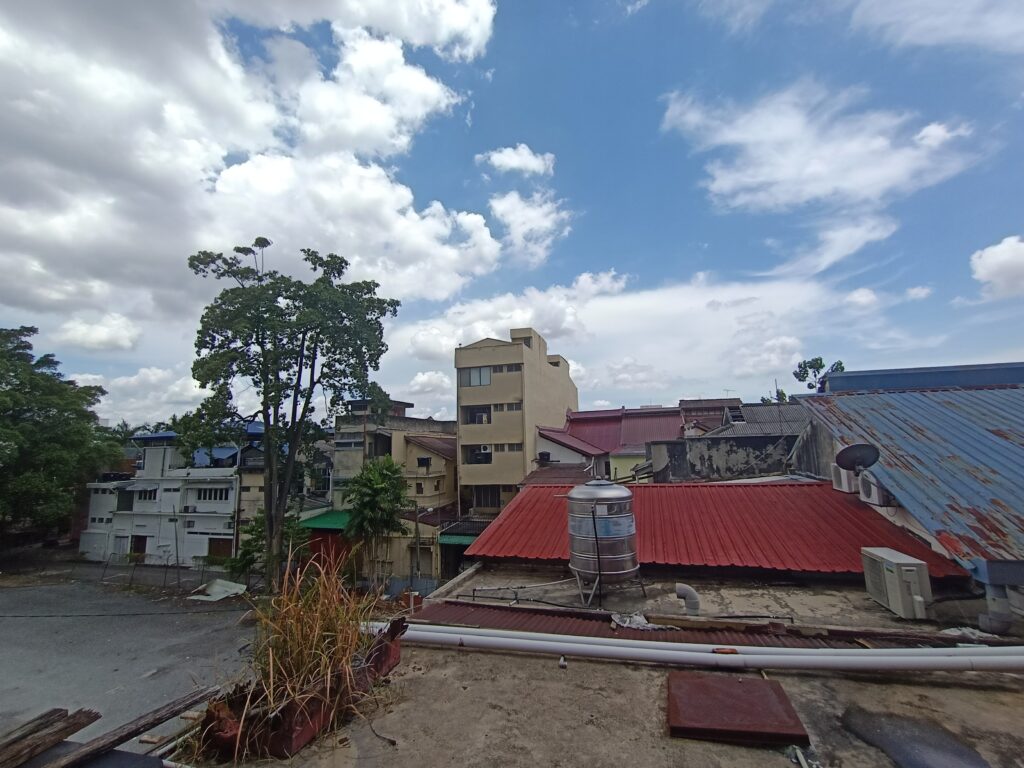 Both the front and rear cameras are capable of capturing video at up to 1080P@30fps though the lack of stabilisation means you’ll need a gimbal or work from a static position to get decent results. 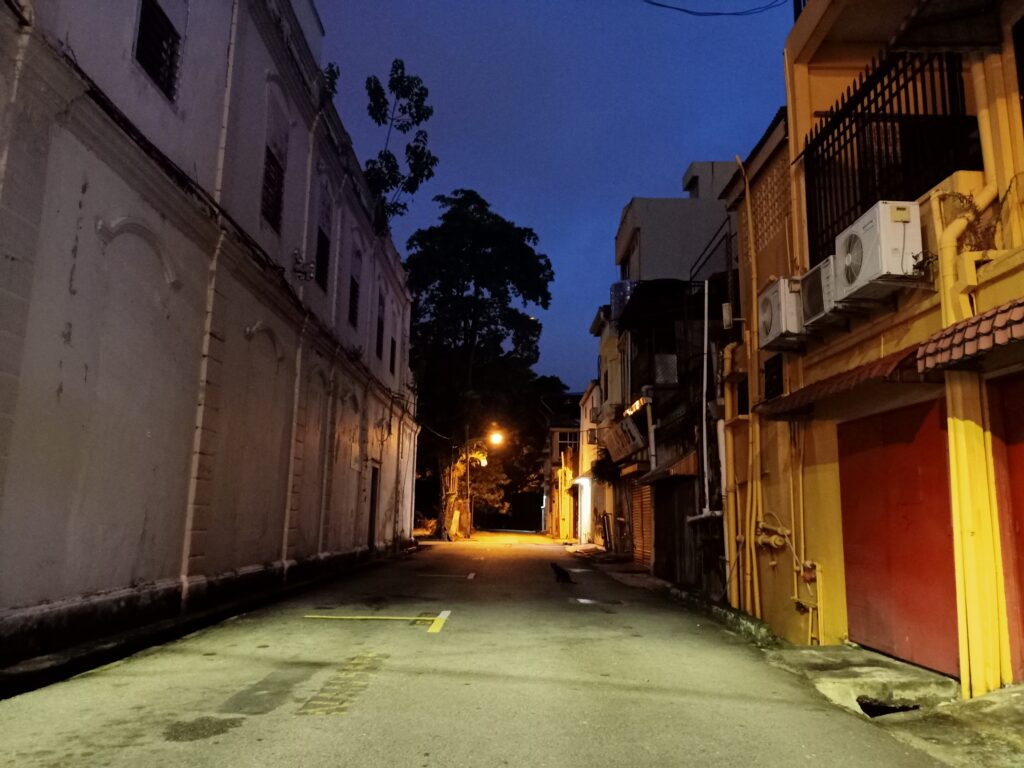 OPPO A91 Price and Verdict

On its own virtues, the OPPO A91 brings to the table similar benefits as its predecessors in the range with some current day refinements that include a vibrant AMOLED display paired with their VOOC 3.0 fast charging tech. 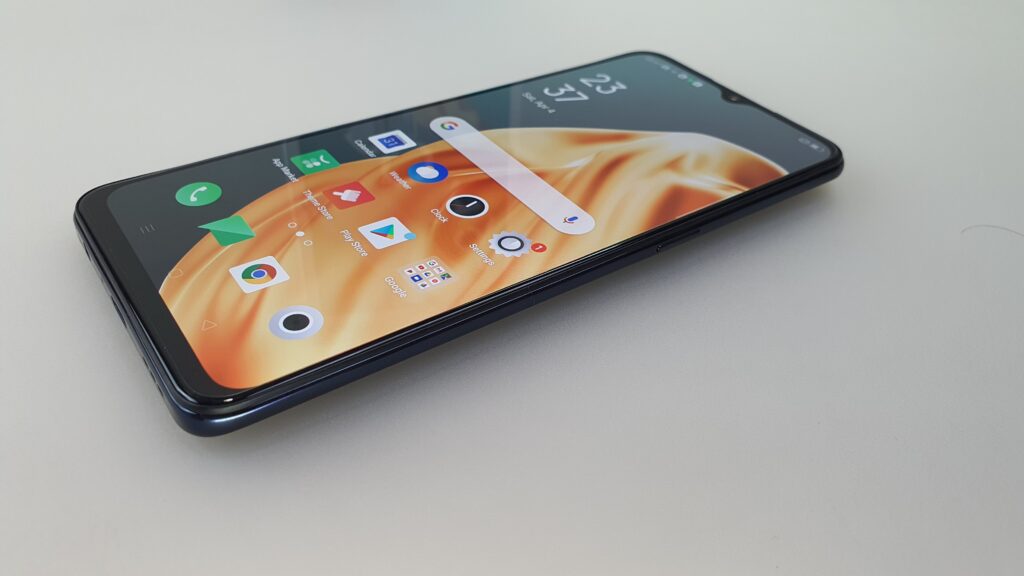 As an entry level phone, it’s a bit on the pricey end of things but it’s still cheaper than other competing phones in the market with an AMOLED display and it has the benefit of coming with a relatively complete set of accessories out of the box. The OPPO A91 is well worth a look for casual users seeking a sub-RM1,000 phone an emphasis on fast charging and a vibrant AMOLED display for general use with .

What we liked Great AMOLED display, still has a 3.5mm audio jack, packs VOOC flash charger in the box
What we didn’t Dated processor, middling battery life, Color OS still full of bloatware,
We say One of the more affordable phones in OPPO’s line-up with an AMOLED panel and swift VOOC Flash Charge tech though it doesn’t quite stand out in other areas. Worth a look if you see it on special.