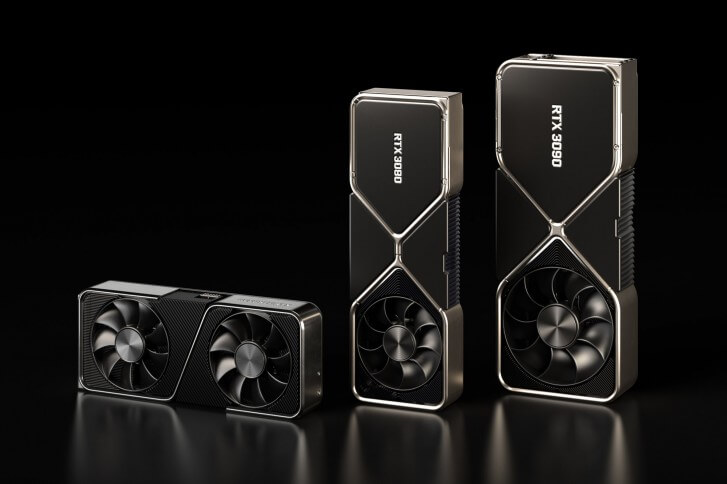 PC gaming just got a bit of a boost up as NVIDIA has launched the next generation NVIDIA GeForce RTX 30 series graphics cards. Built on the Ampere architecture that will offer twice the performance and 1.9x the power efficiency over the previous Turing-based generation of graphics cards, the new range are, according to NVIDIA CEO Jensen Huang “the greatest generational leap in company history”.

Consisting of a trio of cards that comprise of the GeForce RTX 3090, the 3080 and the 3070, the new line-up will have staggered launch dates with the RTX 3080 being the first card out the door for deployment with availability slated from September 17 onwards. The GeForce RTX 3090 will be available for purchase from 24th September onwards while the GeForce RTX 3070 is slated for a later October arrival. NVIDIA is also tossing in a free digital download of the upcoming Watch Dogs: Legion game for those who buy any new GeForce RTX 30 series GPU or system.

Minus the minutiae of their manufacture, the GeForce RTX 30 series are significantly more powerful than the prior generation of RTX20 series cards that are in current service in most gaming laptops this year.

The new GeForce RTX 3090 is the most powerful card out of the new line-up, with dual axial fans that reportedly run 30 degrees cooler and 10x quieter than NVIDIA’s Titan RTX card while also packing 24GB of GDDR6X memory in top of a terrifying 10,496 CUDA cores and a phenomenal 19.5Gbps memory clock speed with boost clock speeds of 1.7GHz and an FP32 performance of 35.7 TFLOPS.

It’s also the world’s first graphics card capable of tackling 8K @ 60fps gaming which is a terrifying prospect in and of itself. In terms of pricing, NVIDIA will be offering the GeForce RTX 3090 for a terrifying US$1,499 which is about RM6,220 with availability starting September 24. 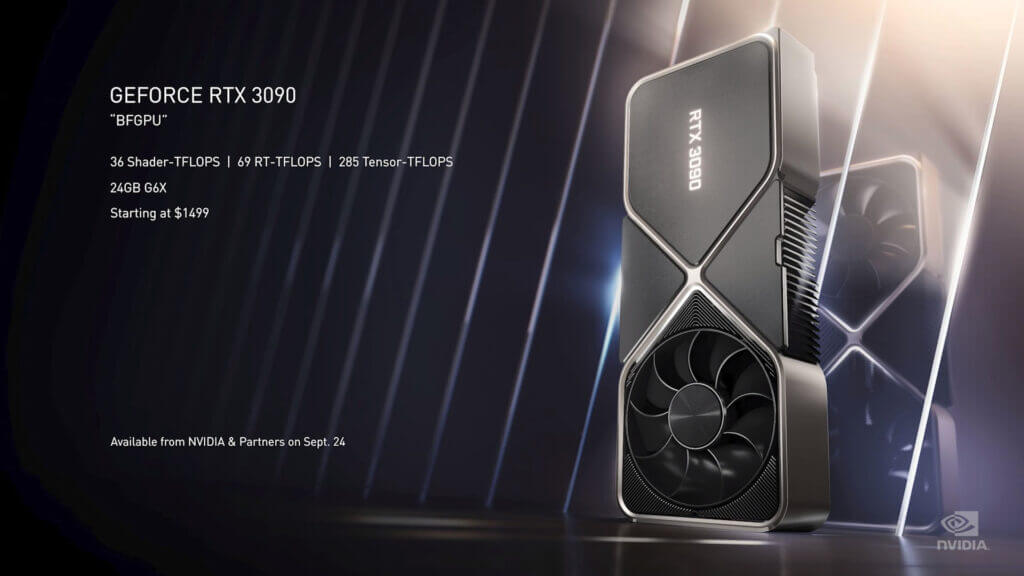 The GeForce RTX 3080 will most likely be the mainstay of the next generation of mainstream gaming laptops with its 10GB GDDR6X memory and 8,704 CUDA cores with a rated 19Gbps memory clock speed with 1.71GHz boost clock speed and an FPS32 performance of 29.7 TFLOPS, all of which enable it to tackle consistent 4K@60fps gaming.

It’s rated to be twice as fast as the current generation RTX 2080 which is a considerable achievement indeed. The RTX 3080 is slated for arrival starting September 17 with a price tag of US$699 which is about RM2,900. 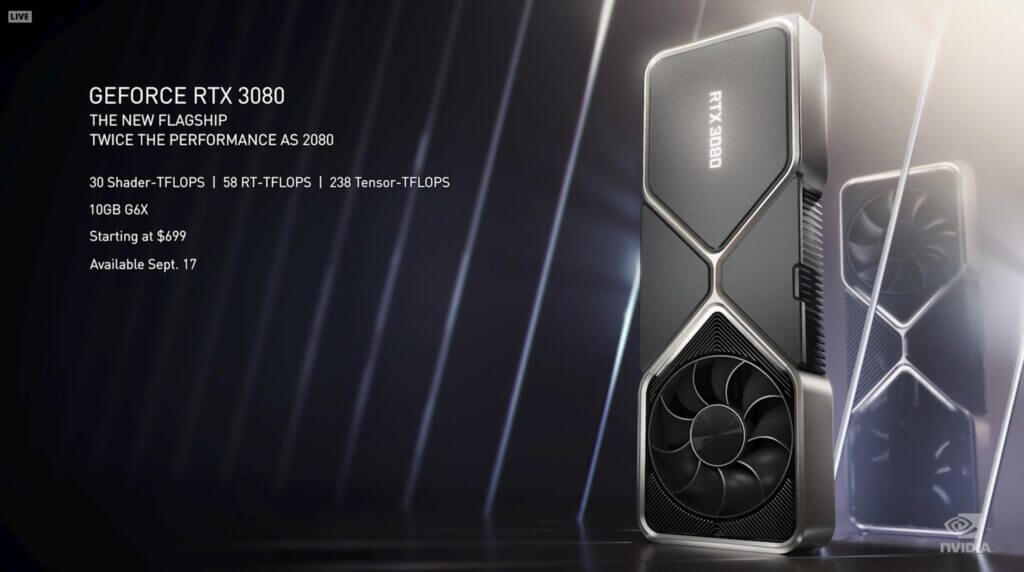 While it’s the least powerful of the trio, the GeForce RTX 3070 is still impressively capable in its own right with 8GB GDDR6.memory, 5,888 CUDA cores with an FP32 performance of 20.4 TFLOPS.

According to NVIDIA, the RTX 3070 is about 60% faster than its generational predecessor the RTX 2070 and offering better performance than the RTX 2080 Ti for a much cheaper price point. The card will be priced at US$499 at launch, which is about US$RM2,069 in today’s money and is slated for arrival sometime in October.

These stated release dates are for the NVIDIA Founders Edition reference cards so their various sundry add-in board partners (AIBs) will follow on soon after. 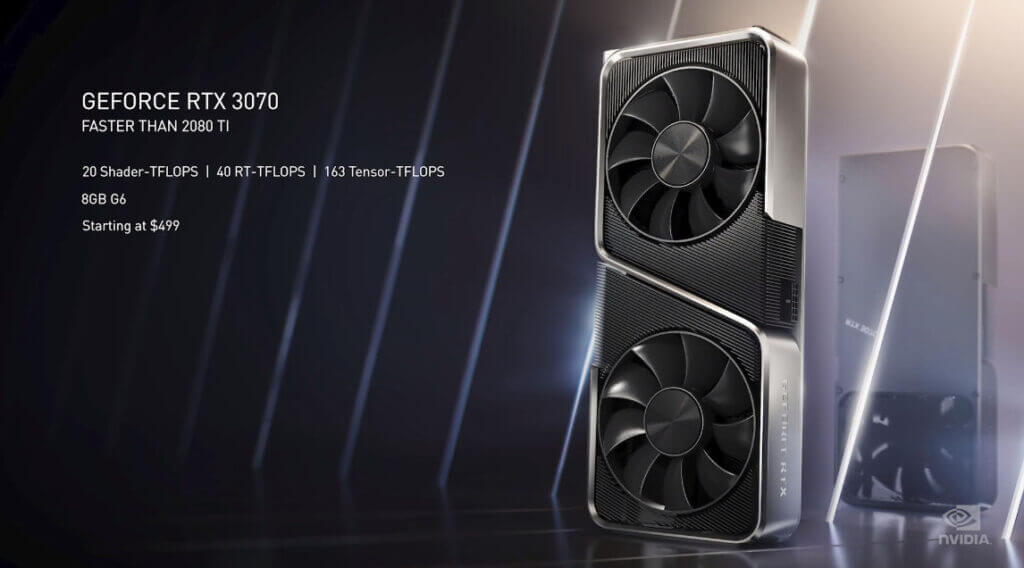