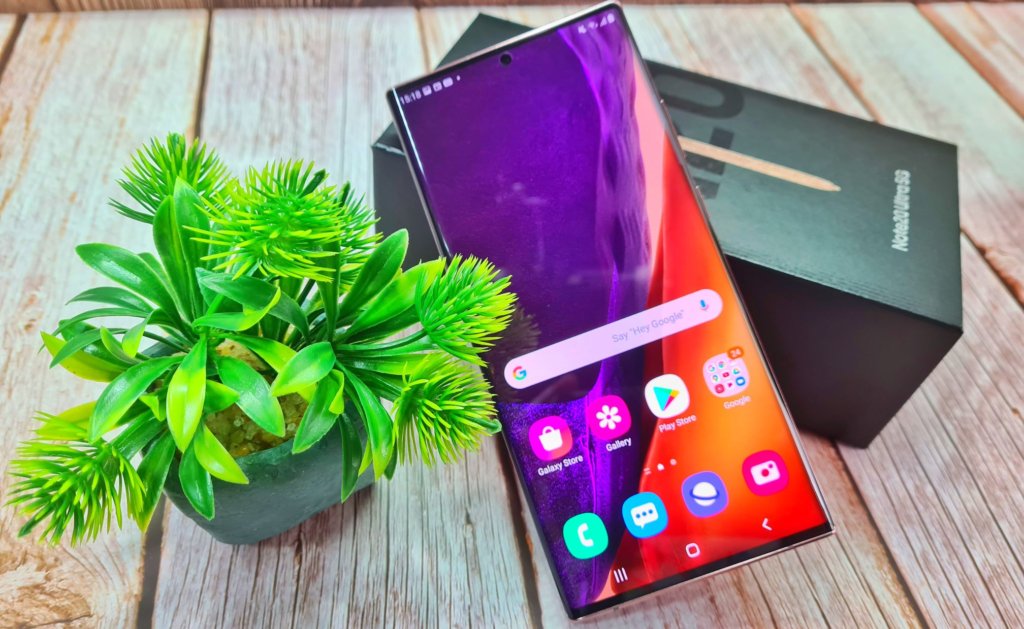 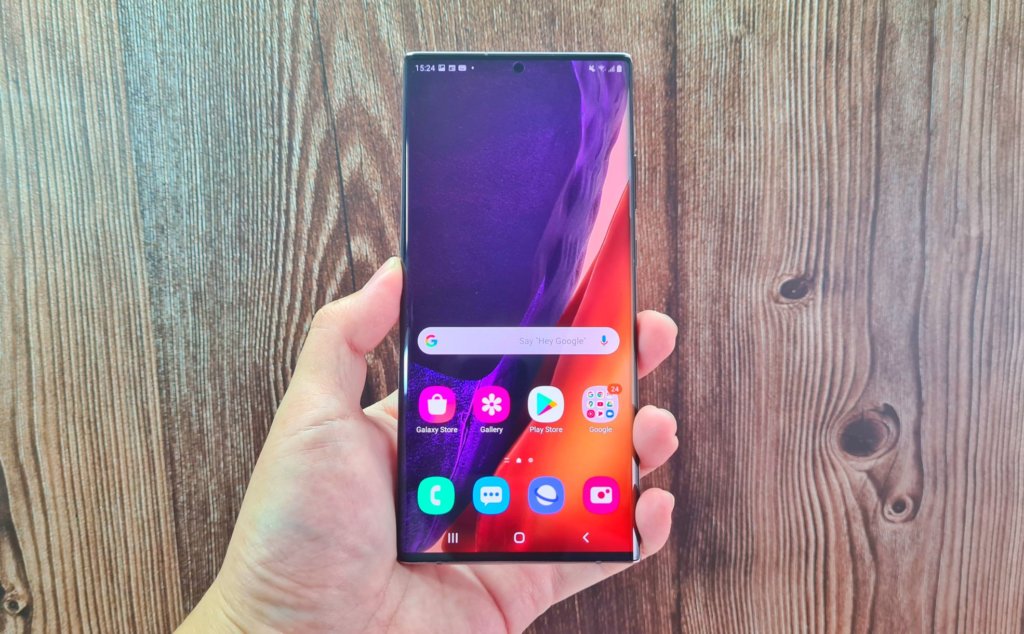 At the minimum, you’re getting a free pair of Galaxy Buds Live worth a cool RM650 or a Galaxy Buds+ (worth about RM599) if you’re ordering a Galaxy Note 20. Regardless of whichever Note20 series phone you get, you’ll get a free UV steriliser case (worth RM299) and a wireless charging case worth RM209 thrown in for good measure. That’s a good RM1,100 or so in value in free gifts alone with the preorder bundle. 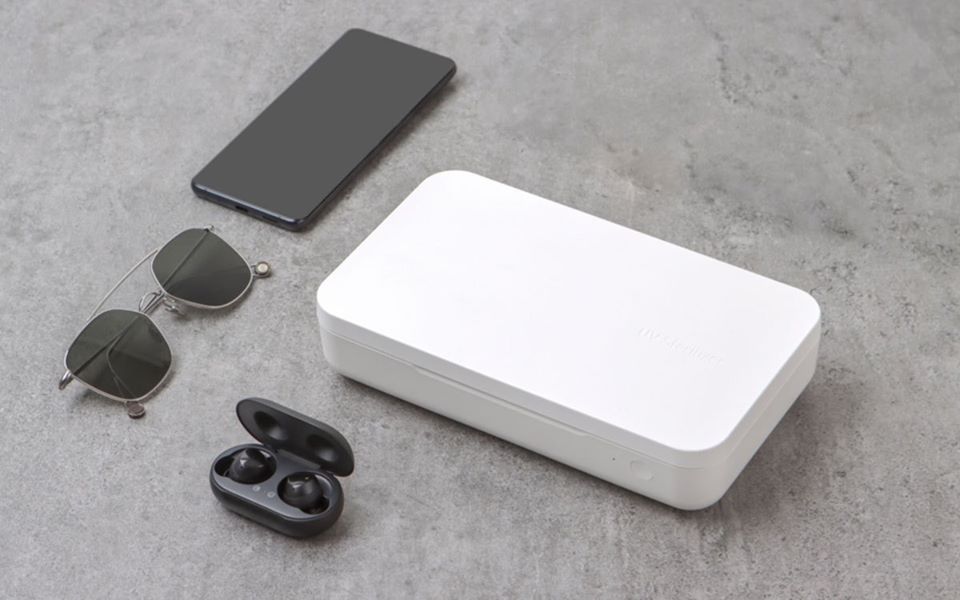 A closer look at the Samsung UV steriliser that cleans your phone and chargers it wirelessly in the bargain. The other bits are window dressing.

If you’re one of the first few to pre-order either of Samsung’s latest phones, you’ll stand a chance of getting an additional lucrative freebie – a 50-inch Samsung TU8100 UHD Smart TV much in the fashion of this the pre-order release for the Galaxy S20 series phones earlier this year nationwide which also issued a slew of Smart TVs for early bird buyers. 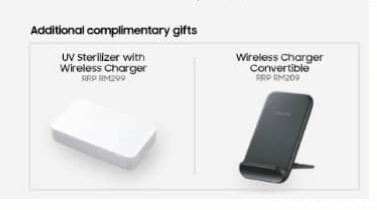 All this lumped together is easily equal to more than half the cost of the Note 20 Ultra 5G if not more. Bar the TV, which is for early bird buyers, the rest of the free gifts are certainties. Pre-order freebies aside, here’s what you get in the box when you crack a fresh Galaxy Note 20 Ultra 5G out from the case. 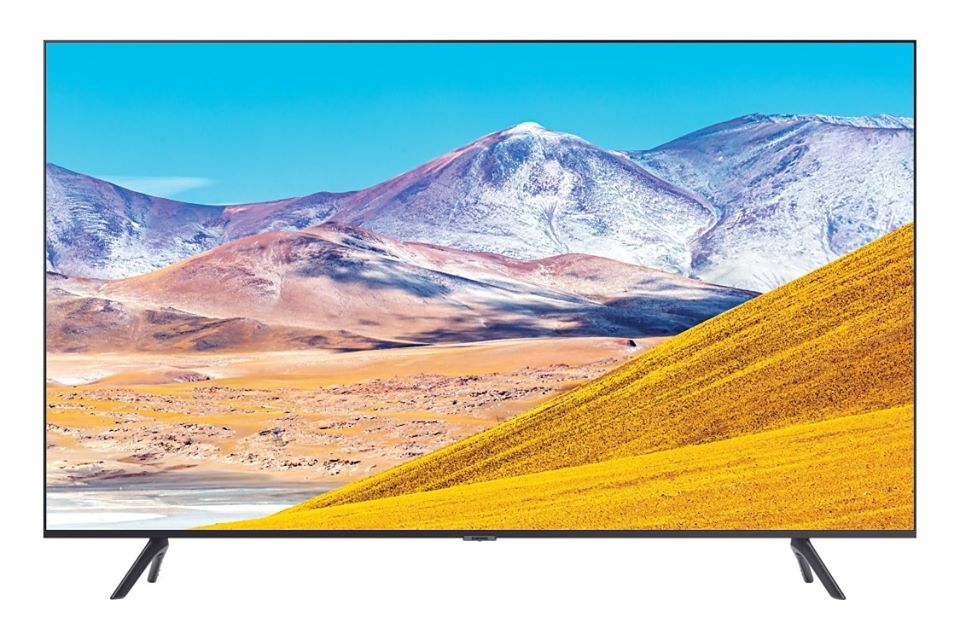 Based on observation, the box contents vary slightly from region to region and some accessories that appear in one market may not appear in another. Our review unit is intended for Malaysia with some minor differences in the provided charger on account of it being an early review sample. 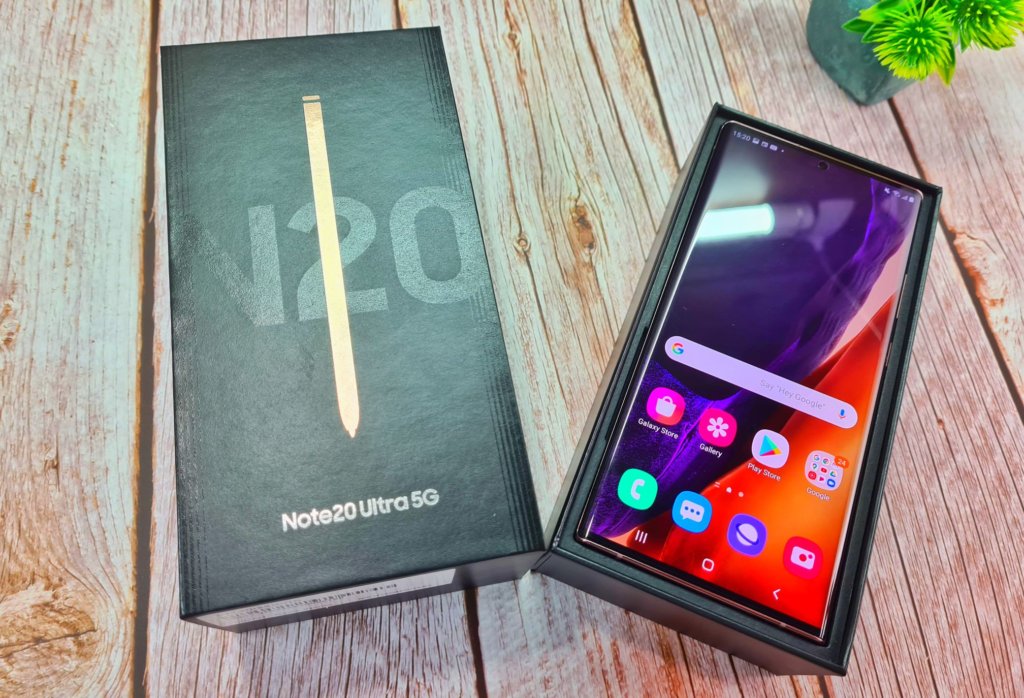 This means that the box contents and the configuration of the Galaxy Note 20 Ultra 5G itself are identical to what will appear in mass retail bundles save that our provided charger is a non-local 2-pin 25W charger. 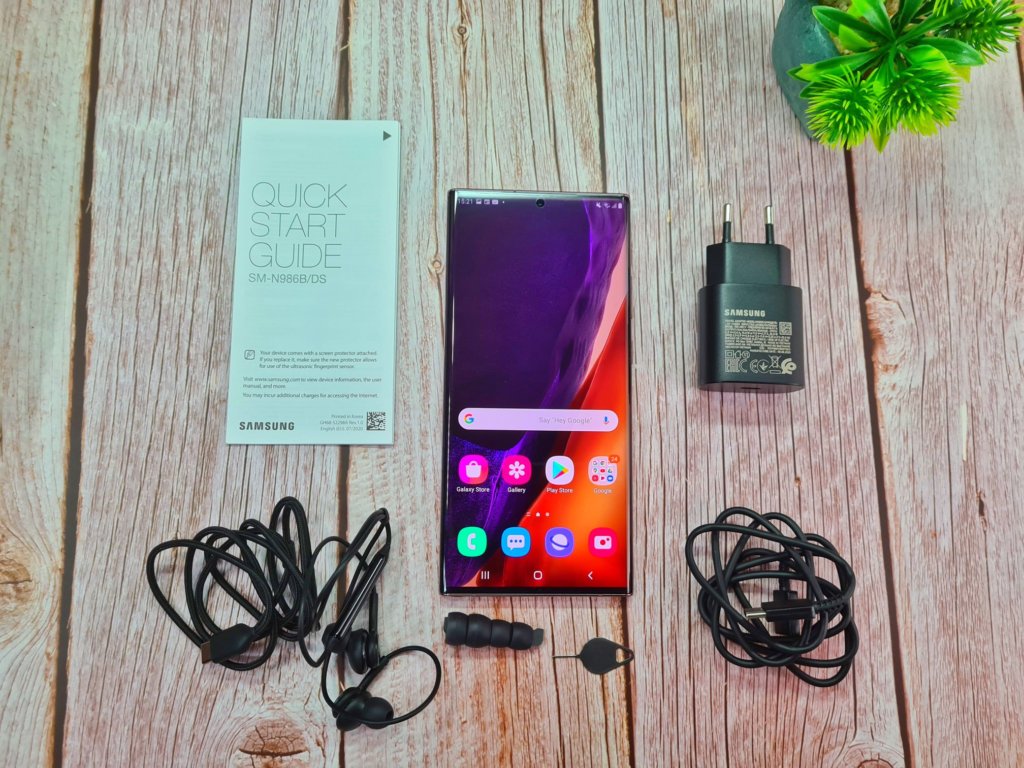 Mass retail units for Malaysia will have a 3-pin UK-style 25W charger in the box. The contents in the box will be identical to its cheaper sibling the Galaxy Note 20 in both its 4G and 5G variants. To reiterate, the Note 20 Ultra 5G only comes in one configuration with 5G support in Malaysia though the cheaper Note 20 comes in the aforementioned two sub-variants. 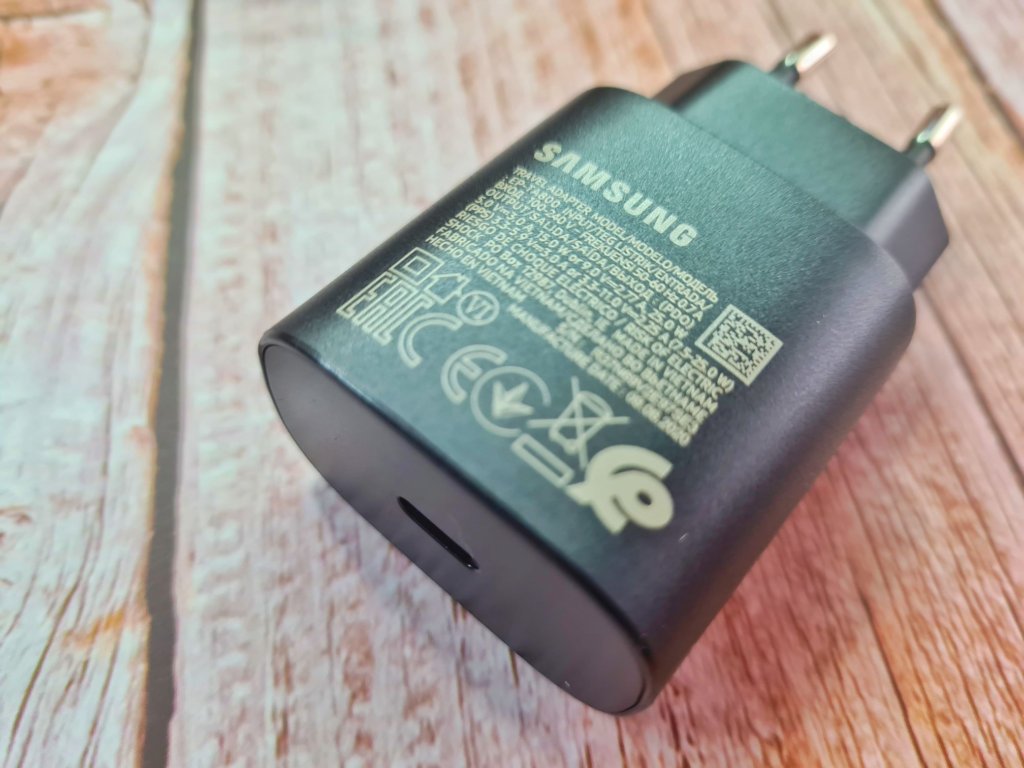 Unlike the previous Galaxy Note10 and Note9 which threw in a host of extra accessories inside the box, Samsung this time around has pragmatically ditched most of the frippery that is rarely used and instead concentrates on the essential kit to get the most out of your new investment..

In addition to the Galaxy Note 20 Ultra 5G itself, you get a 3-pin 25W charger, a USB Type-C cable to go with it, a SIM ejector pin, a pair of USB-C AKG headphones as well as the obligatory array of quick start guides, warranty paperwork and the like all bundled in the box. 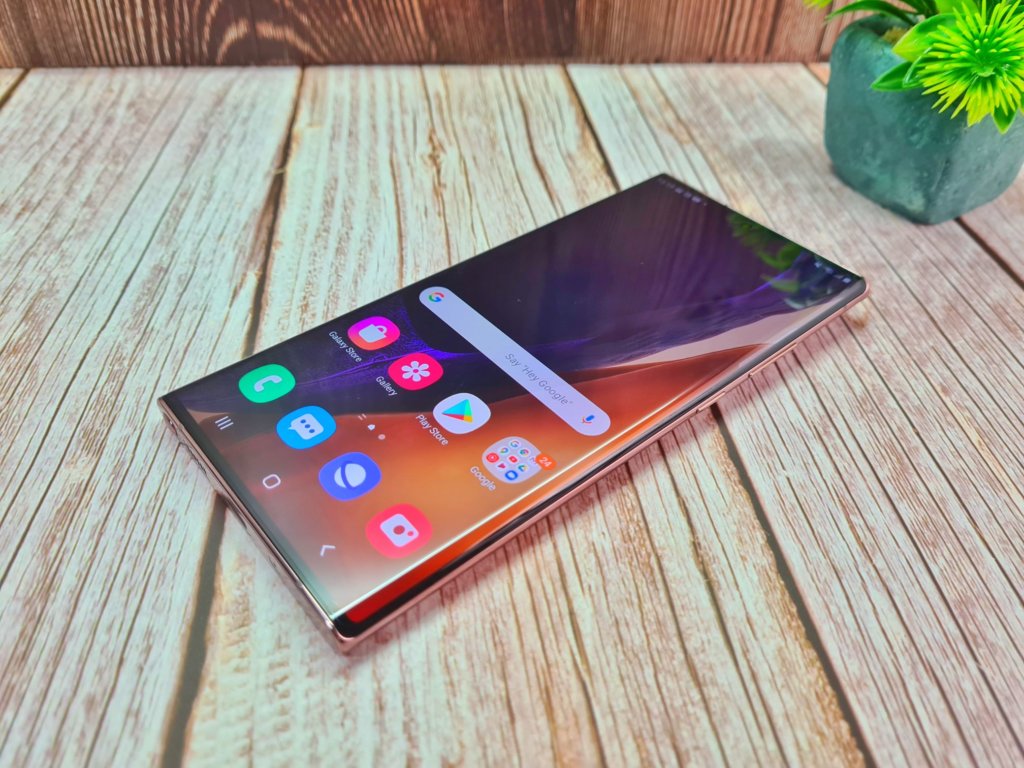 While it’s not immediately obvious at first glance, Samsung this time around has pre-applied a screen protector to the Note 20 Ultra 5G so that in turn also saves a bit of cash.

Ultimately, this is the item manifest of what comes in the box for Malaysia retail units for the Note 20 Ultra 5G and for  the Galaxy Note 20:

This time around, there is no soft phone casing nor are there the usual replacement nibs and S Pen tweezer to replace them if you manage to wear out your S Pen stylus nib. To be fair, we rarely swapped out the nibs even on prior Galaxy Note series phones even with heavy use.

The lack of a soft case means you’ll have to have to shell out for your own but fortunately, Samsung has their own extensive line-up available for purchase at launch and there’ll be the usual plethora of third-party casings in the market at all price points.

The USB Type-C earbuds by AKG haven’t changed much since their initial debut as standard issue earbuds in flagship Galaxy S and Galaxy Note series phones a couple of years back save for a change from 3.5mm audio jacks to a USB Type-C port. 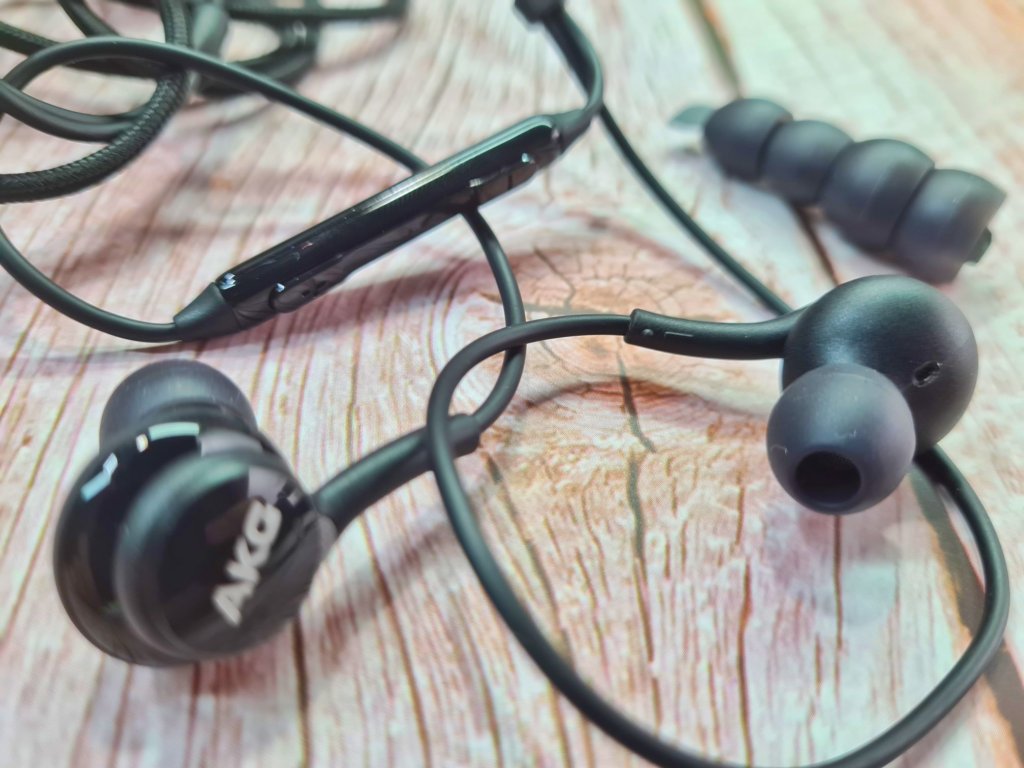 You get a pair of AKG tuned ear buds ending in soft silicone ear tips along with a braided cloth cable and an in-line set of controls to make and take calls and manipulate music playback.

They also toss in an additional two pairs of free ear tips so that you can adjust it for a better fit. We tested them when they debuted on the Galaxy S8 and Note8 and the latest versions, save for the change to a Type-C port hold to the same level of quality. More so for the fact that they’re free.

While the accessories this time around seem a bit sparse, you get the most important items like the AKG earbuds which remain some of the best bundled wired buds in the market and the obligatory charger and USB cable.

There’s a bit of overlap if you’re a pre-order buyer as you’re getting either the Galaxy Buds Live or Galaxy Buds+ with it but the inclusion of the wired AKG earbuds is a redundancy measure as they still work without power and don’t take up much space in your backpack.

For more details on the preorder which still has a couple of days left on the clock, check them out at https://www.samsung.com/my/smartphones/galaxy-note20/buy/