Google offers a veritable virtual toolbox of useful tools that help us get about town in the most efficient way possible, recce a location before we even set foot out the door with Google Maps’ Street View and even saunter around spots that we’d usually never go to via Google Earth. Today, Google Malaysia, along with a selection of Malaysian NGOs including the Malaysia Nature Society, Rimba Ilmu and more shared their experiences about how Google’s powerful tools were used by them to share their stories and highlight their important causes as part of the Google Earth Outreach program. 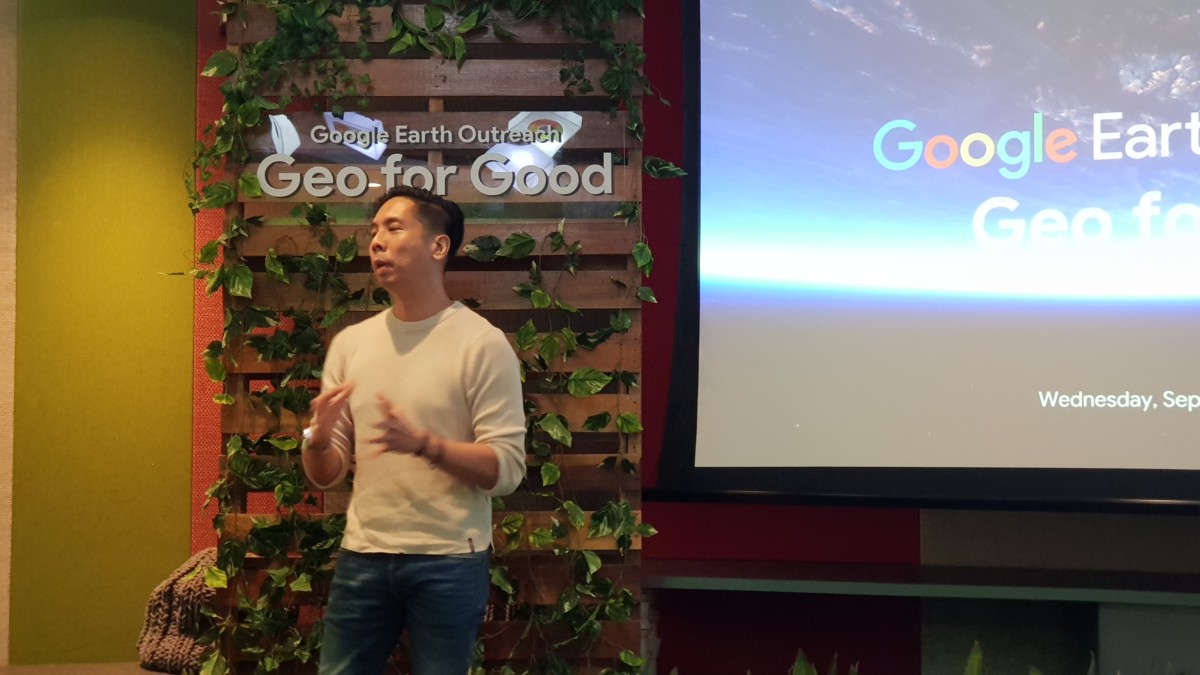 Established in 1940, the MNS is Malaysia’s oldest and largest membership-based environmental non-governmental organisation with about 4,000 members across 12 branches nationwide. The MNS used Google Earth to effectively track the endangered tapir population in Malaysia.

With a combination of camera traps, crowdsourced tracking with students from local schools and diligent footwork, the MNS was able to track the tapir population in West Malaysia, including, alas, the tracking of tapir involved in roadkill incidents which, thanks to Google Earth was determined to be mostly near the east parts of Peninsular Malaysia where their last enclaves are located. They also shared how easy Google Earth was to use and its effectiveness in presenting data in presentations. 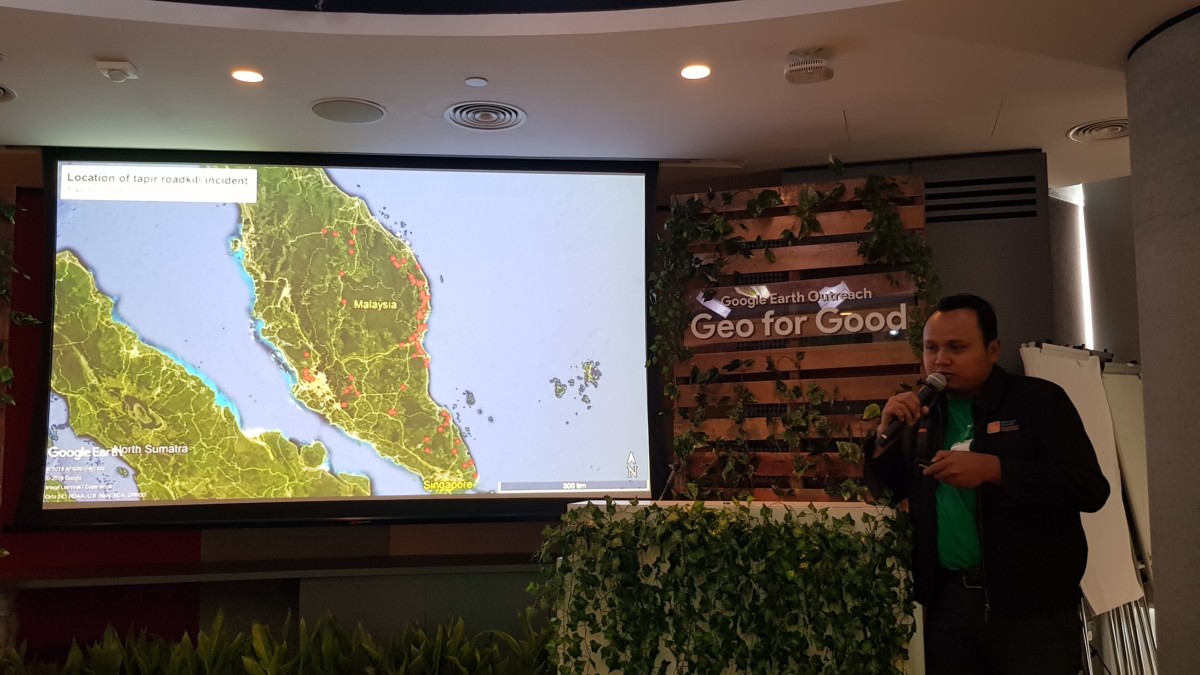 Rimba Ilmu is the designation for a 150-acre living collection of over 1,700 species of flora established by University Malaya in Kuala Lumpur. Community outreach is spearheaded by the Rimba Project, a volunteer-driven education and outreach programme that advocates for biodiversity conservation and awareness.

The Rimba Project committee used Google Earth’s array of tools to gain a bird’s eye view of their work. In one project, they were able to visualise and map the distribution of trees across a 30-acre swath of Petaling Jaya while in another project they were able to enlist over 400 students from 300 schools in a Klang Valley Nature Challenge (KVCNC) 2018 programme along with the My Maps too where they helped to crowdsource data on local urban biodiversity where gardens, parks and other green areas are located amidst the urban sprawl of Kuala Lumpur.

Established in 1989, the COAC aims to advance the cause of Orang Asli in many ways from assisting in court cases involving Orange Asli rights to disseminating more about Orang Asli news and views and more. COAC is an associate member of JOAS, which is an umbrella network of 100 community-based organisations that focus on Orang Asal issues and advocates for their rights at a national, ASEAN and international level.

Representatives from both groups shared their experiences using Google’s diverse array of tools including their My Maps tool to help put the remote community of Kampung Peta on the map and highlight their position as an ecotourism spot and to also map the ecological diversity of the area for future generations. 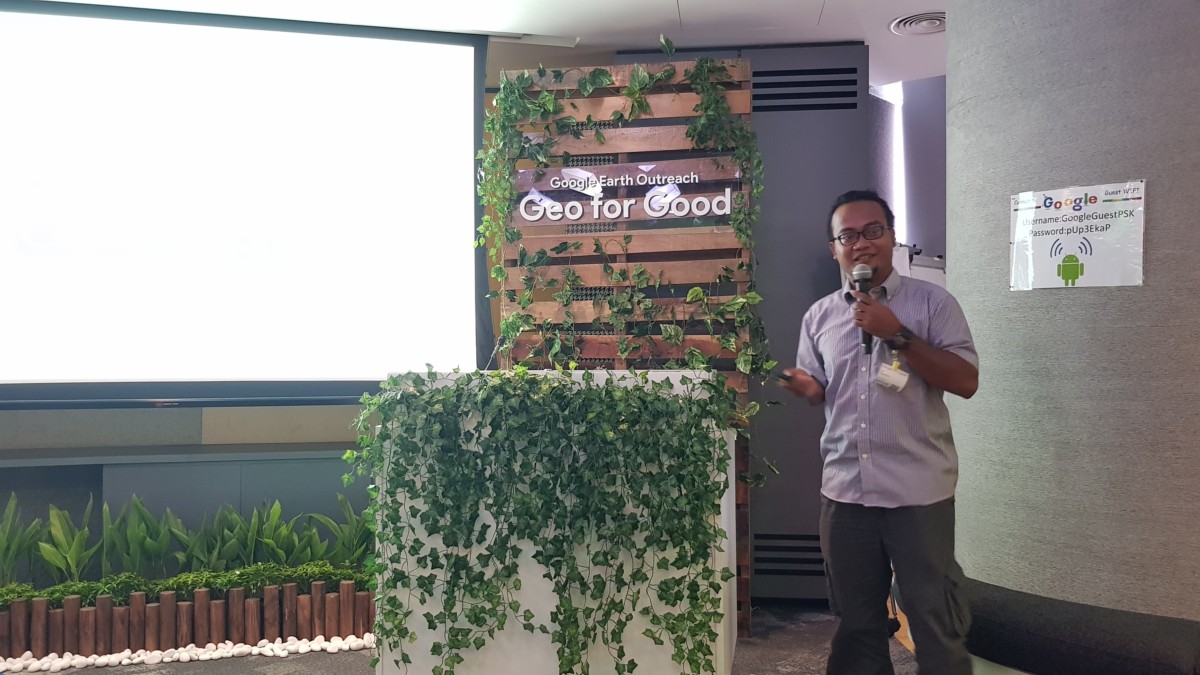 The village is located 7-hours away from Kuala Lumpur near the east gate of the Endau-Rompin National Park and consists of about 500 people in 80 families. COAC and JOAS helped to use Google’s My Maps tools to map the area and instrumental in fighting for their rights when 19,000 acres were seconded as part of the Endau-Rompin National Park and which were then returned in a court order in 2017.

For more on the Google Earth Outreach programme, swing by their official site at https://www.google.com/earth/outreach/