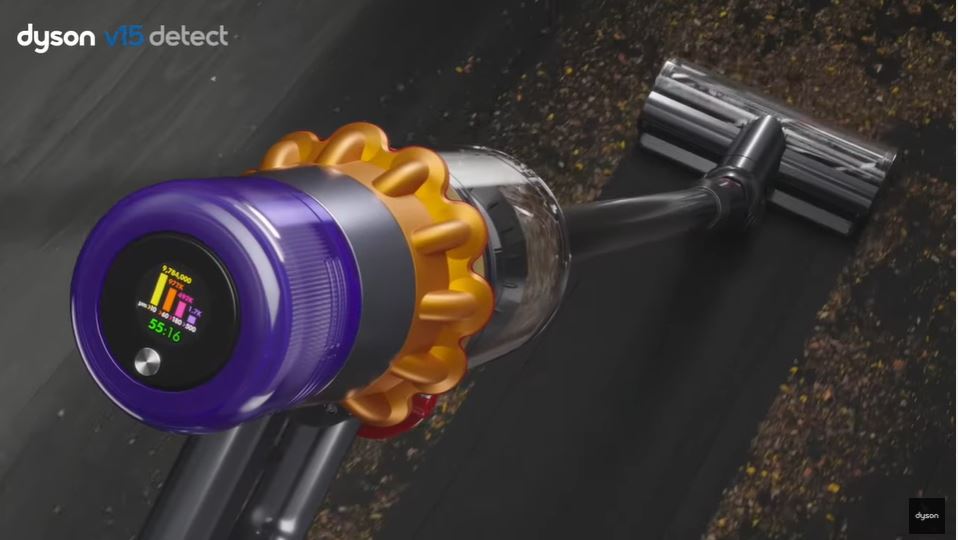 Dyson is known for industry leading innovative designs especially when it comes to their cordless vacuums but their latest released offering, the Dyson V15 Detect is so far ahead in the future that our jaws have dropped on the floor. The Dyson V15 Detect isn’t only more powerful, it has a built-in laser that detects dust for a truly thorough clean.

What is the Dyson V15 Detect?

At present, the latest model of Dyson cordless vacuum available in Malaysia is the Dyson Digital Slim which was designed for more petite users and the beefy Dyson V11 but the Dyson V15 Detect is an entirely different, vastly more sophisticated beast. 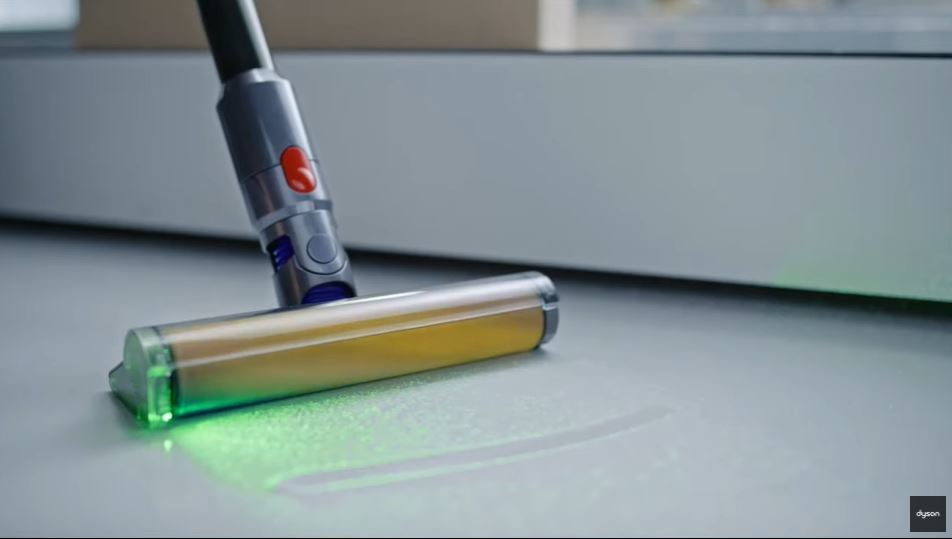 Externally, it bears the classic bullpup form factor unique to Dyson’s cordless vacuums with the hyperdimium motor on the rear, a trigger assembly in the middle fronted by a dust collection bin and a hole that lets you snap in a variety of attachments to extend the length of the vacuum or straight into the Dyson V15 Detect itself as a shortened’ carbine’ version for ultra tight spaces. 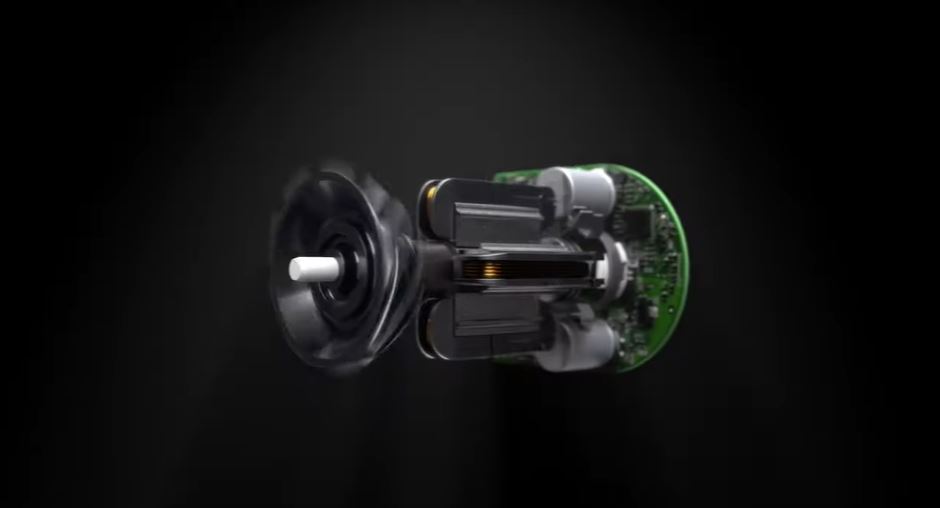 Where the Dyson V15 Detect differs is that it has a special attachment on its cleaner head that integrates a green laser positioned precisely at a 1.5 degree angle at 7.3mm off the ground to detect hidden dust that the naked eye cannot see. Fire up the Dyson V15 Detect and its laser on and, you’re able to literally see all those hidden dust bunnies in a fashion akin to a dust-bunny eradicating Predator of cinematic myth. According to Dyson, the new laser is able to detect dust that’s as small as 10 microns, which is an incredible feat of engineering indeed.

“As engineers our job is to solve daily problems, and the past 12 months has created plenty of new ones with more time spent indoors” explains James Dyson, Chief Engineer and Founder. “We are all cleaning more frequently, trying to remove the additional house dust but desperate for peace of mind that our homes are truly clean.

Our latest vacuums use adapted laser technology to reveal hidden dust[4], integrating a diode laser into the cleaner head that is precisely positioned at a 1.5 degree angle, 7.3mm off the ground to create the best contrast between dust and floor. We don’t think detection is enough, so we remove and meticulously size and count the particles 15,000 times a second using an acoustic piezo sensor which converts vibrations into electrical signals, displaying precisely the size and number of particles sucked up on an LCD at the back of the vacuum.

The Dyson V15 is both powerful and intelligent, giving the ultimate reassurance – scientific proof of a healthier, cleaner home”.

The rest of the Dyson V15 Detect is reassuringly beefy with the built-in hyperdimium motor rated for 230 air watts of suction while the 5-stage filtration system captures 99.99% of dust particles down to 0.2 microns in size.

Where the Dyson V15 Detect takes things up to the next generation of awesome is that it literally gamifies the concept of cleaning as a built-in sensor is actually able to detect and tell you the different sizes of dust particles that you can pick to show that you’ve achieved a truly deep clean. 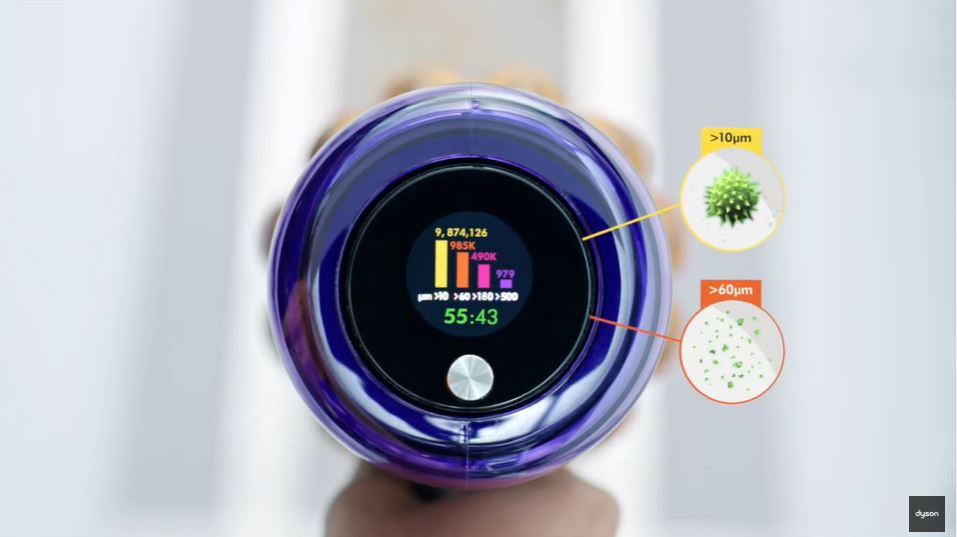 The results are shown on the rear LCD display of the Dyson V15 Detect and achieved via an installed acoustic piezo sensor within the vacuum. When dust enters the vacuum, it hits the sensor within the bin inlet and these vibrations are concerted to electrical signals and whicn in turn are displayed on the screen. In a somewhat macabre fashion, you’re able to see what kind of boogers and other nightmares you suck up which adds extra motivation for you to clean more thoroughly. 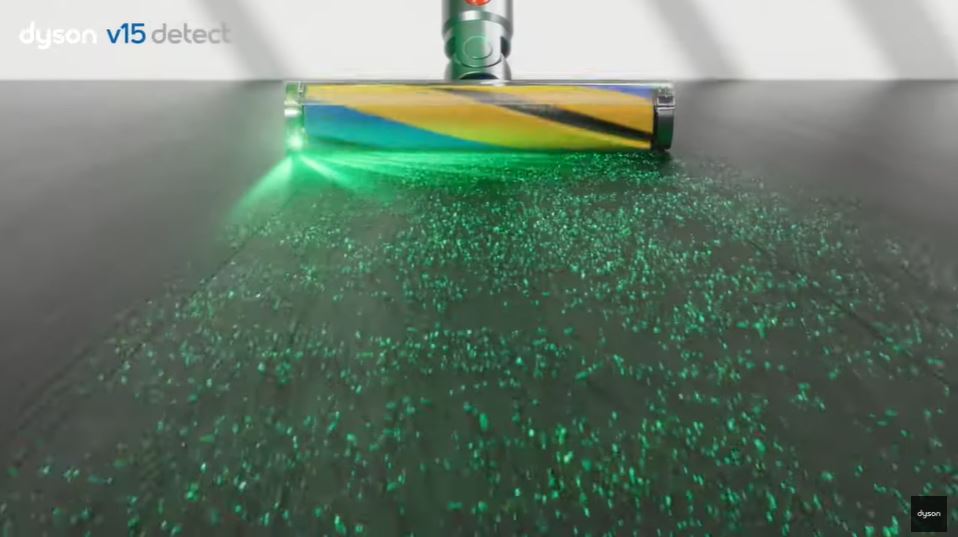 The Dyson V15 also tackles a classic problem falling many vacuum cleaners – long hair that keeps getting tangled everywhere. It does so via an anti-tangle Hair Screw that is a conical brush bar that spirals hair off and into the bin for both human and pet hair.

At present at the live stream launch, Dyson has not stated the price, configurations of cleaner heads or release dates as yet for Malaysia but stay tuned for updates as we’ll share them as soon as we get them!