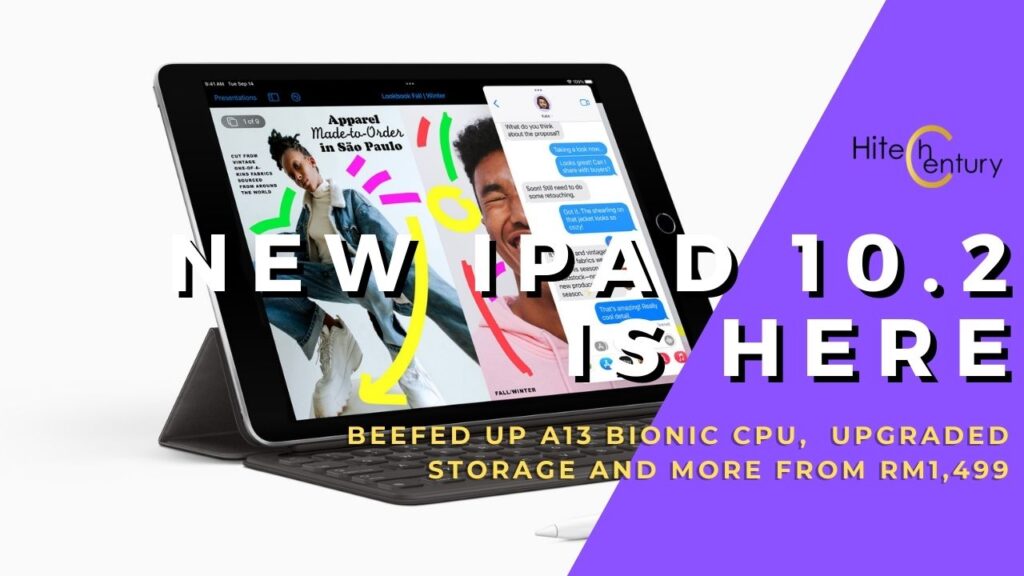 While the iPhone 13 series took the limelight, Apple also took the opportunity to showcase refreshed mainstream offerings for their tablet range with a revamped iPad 10.2 and iPad mini with modest enhancements across the board for 2021.

The refreshed 9th generation iPad 10.2 is intended as the starting point for most users looking to dip their toes in the Apple ecosystem and their 2021 refresh adds modest yet meaningful improvements while keeping the price reasonably low at RM1,499 for the 64GB WiFi enabled version. 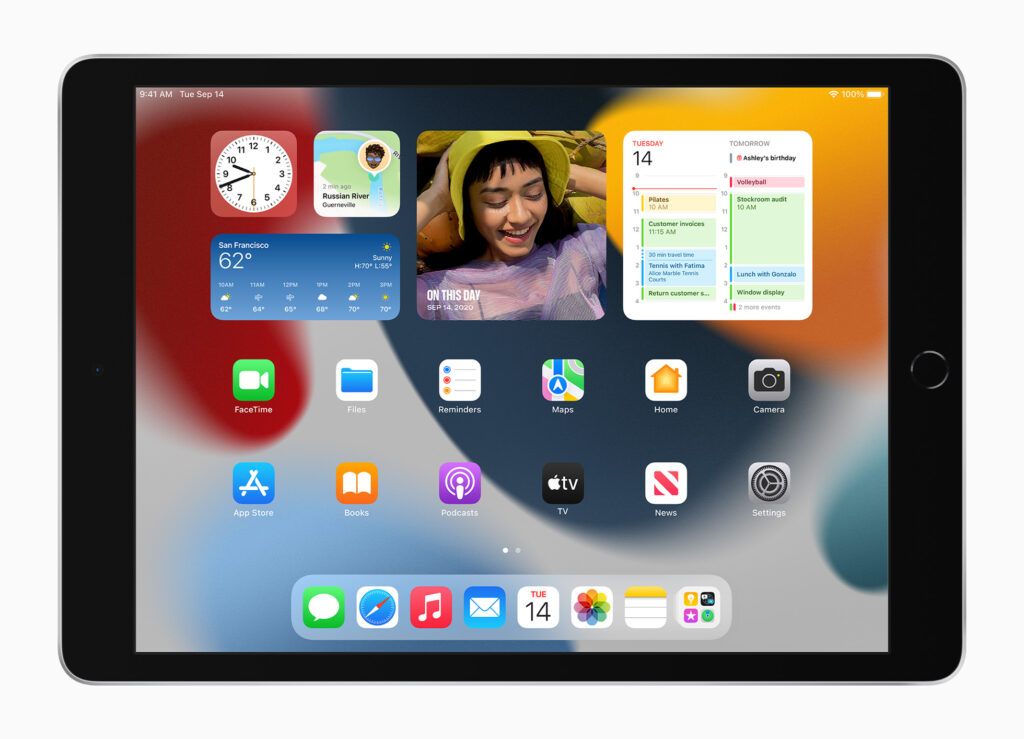 In general, the updated Apple iPad has a better looking 10.2-inch Retina display with True Tone for better colour rendition in all lighting environments that retains support for the original 1st generation Apple Pencil. 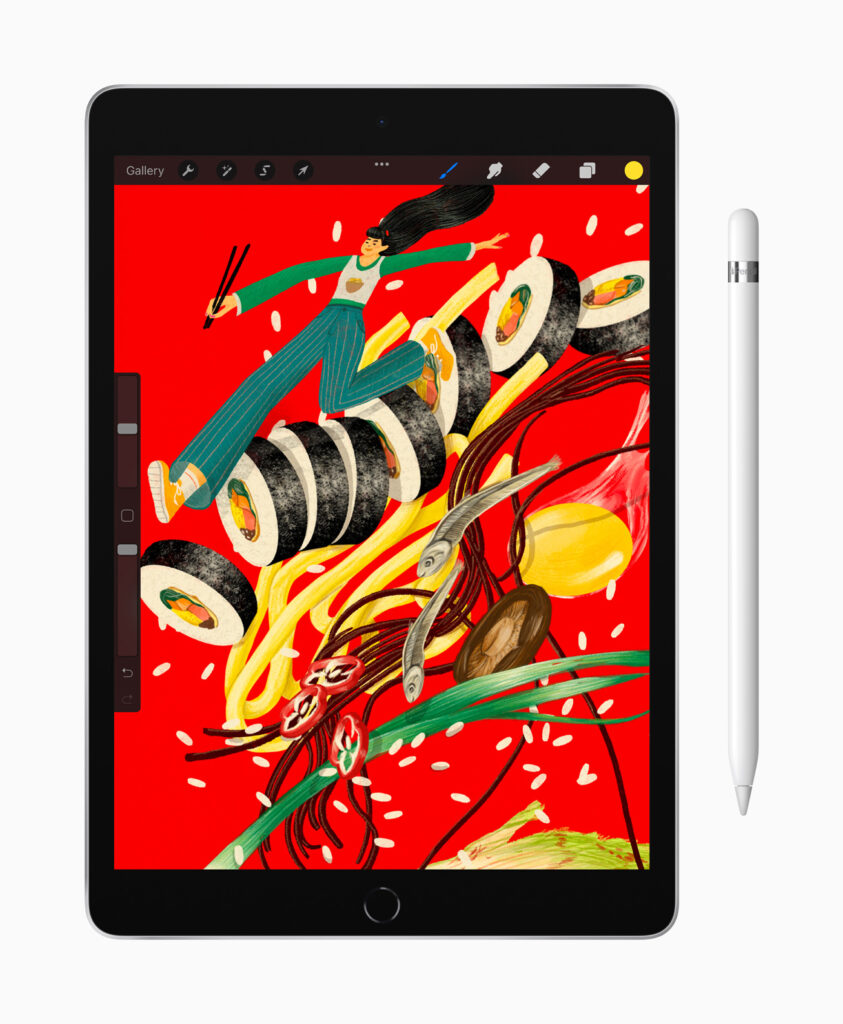 Another notable update with the new iPad series is that it features their more powerful A13 Bionic chip running iPadOS 15. The new A13 Bionic CPU for the refreshed 10.2-inch iPad 2021 is rated to offer 20% faster performance than the prior generation iPad and, according to Apple, 6x faster than the best-selling Android tablet though which one that is wasn’t elaborated on during the launch. 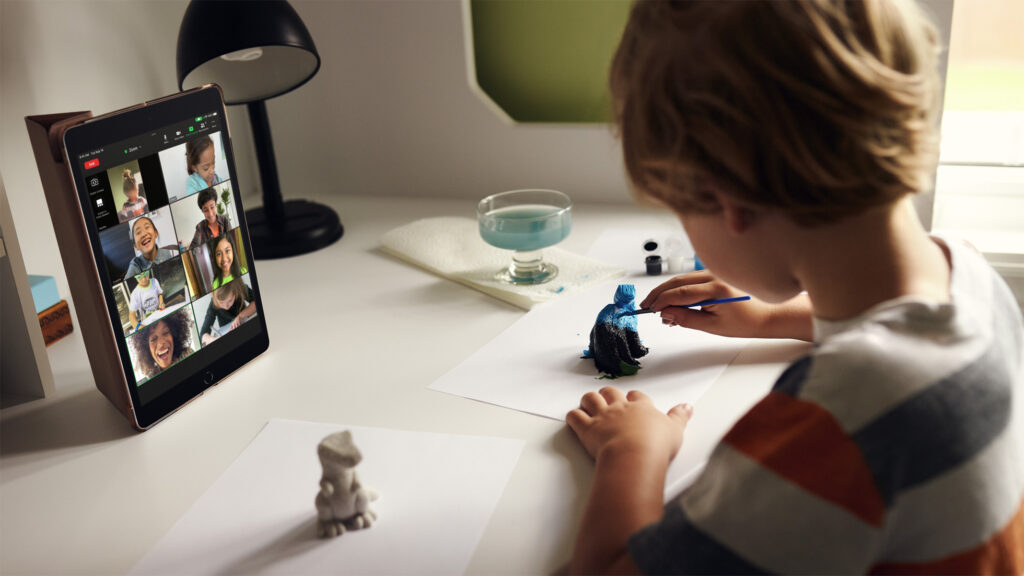 Another update is a more powerful front-facing 12MP Ultra Wide front camera that relies on the A13 Bionic’s Neutral Engine to enable user tracking during FaceTime and third-party video-calling apps.

The rear camera 8MP Wide camera is otherwise unaltered but does the job for quick snaps. The provided 32.4Wh Lithium-Polymer battery is rated for up to 10 hours of WiFi surfing and still uses their Lightning connector.

In terms of availability, the refreshed iPad is available in either Space Gray or Silver, comes in WiFi only and Cellular enabled variants and has 64GB and 256GB storage variants for a total of four possible versions not counting colourways with prices from RM1,499 all the way to RM2,769 for the 256GB with Cellular variant. Here’s a summary how much the new iPad costs in Malaysia

At present, there’s no local availability yet but it has appeared on the Apple Malaysia website. Prices are approximately similar to what the 8th Gen iPad refresh in 2020 cost at launch so the increase in storage and performance for an equivalent price is a welcome one. 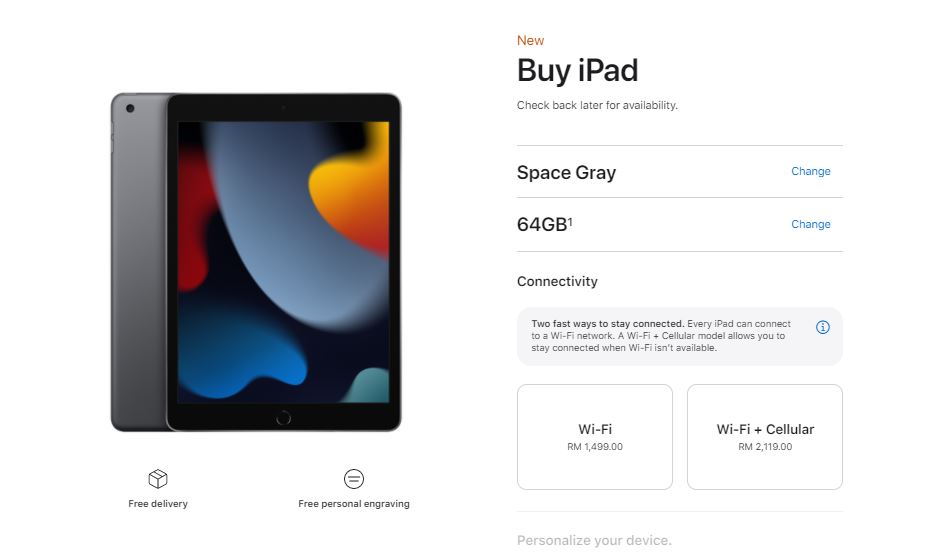 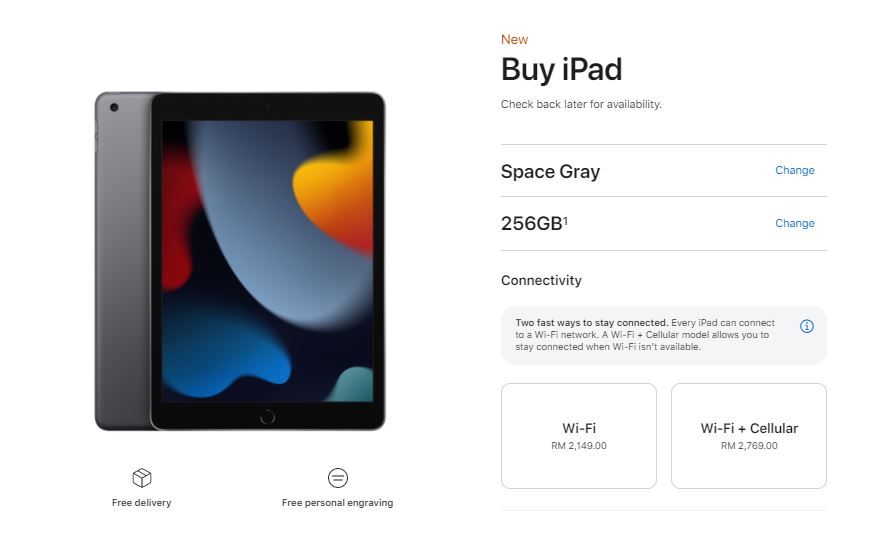 You can check out the official Apple iPad 10.2 page here. https://www.apple.com/my/shop/buy-ipad/ipad-10-2