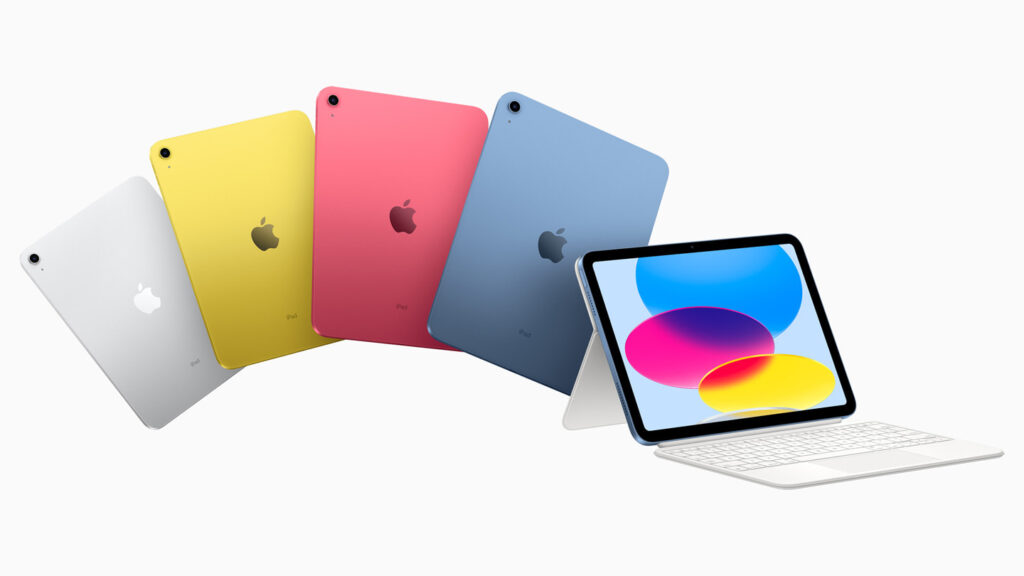 Apple has just announced a new 10th generation iPad that has finally made the move over to a USB-C port for charging duties while offering a slightly larger display and the customary upgrades to the hardware. 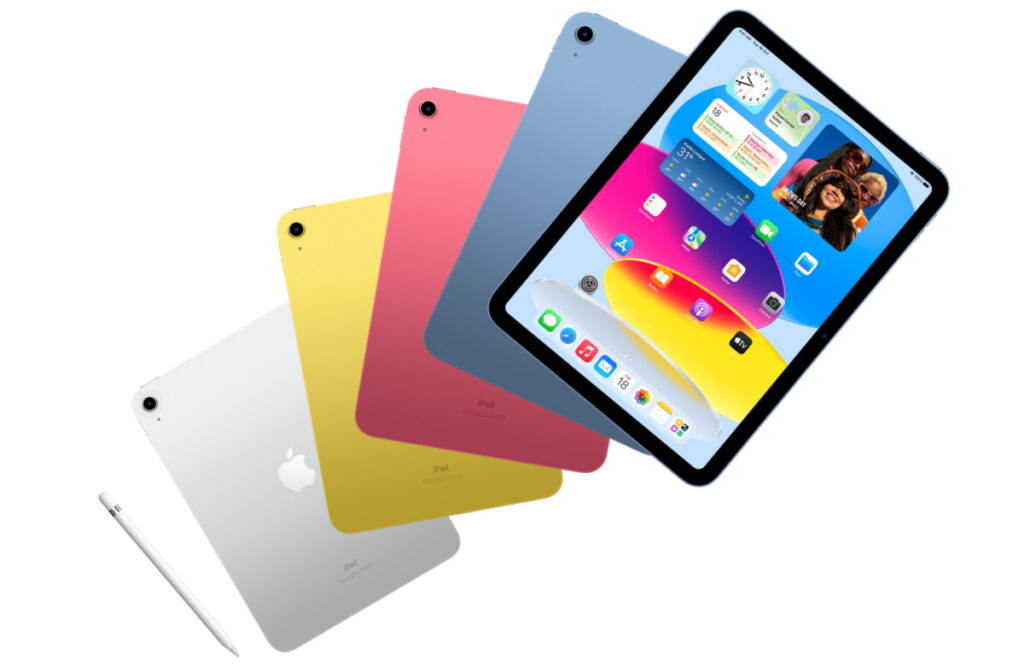 What is the new Apple 10th Gen iPad

The new 10th Gen iPad is powered by Apple’s own A14 Bionic processor running iPadOS 16 with options for 64GB and 256GB storage as well as a WiFi 6 802.11ax only model and a 5G enabled variant – the first time for an entry-level iPad –  for a higher sum.

The new 10th Gen iPad succeeds its predecessor that was launched last year that used an A13 Bionic CPU. The new A14 Bionic processor offers a 20% improvement in CPU performance 10% improvement in graphics and 80% better machine learning capabilities compared to the A13 Bionic.

The display for the new 10th Gen iPad is a 10.9-inch Liquid Retina display with 2,360 x 1,640 resolution, 500 nits brightness as well as thinner, symmetrical bezels. The new 10th gen iPad also supports the 1st Gen Apple Pencil though it needs Apple’s own Lightning port for pairing and to charge it which, needless to say, is a bit of a white elephant seeing as the tablet is now charged via a USB-C port.

Fortunately, Apple does sell a USB-C adaptor for RM55 to address this shortcoming for existing owners but a new version of the Apple Pencil 1st Gen will bundle the adaptor with the packaging for RM479.

Intended for use primarily in landscape mode, the new iPad features stereo speakers flanking the Liquid Retina display while the upper edge when held in landscape orientation features a 12MP F/2.4 Ultra Wide front camera with a 122-degree field of view and Apple’s Centre Stage tech which keeps the user in focus during video calls even when moving around. The rear camera of the new iPad has also been upgraded to a 12MP F/1.8 sensor that can capture 4K@60fps video. 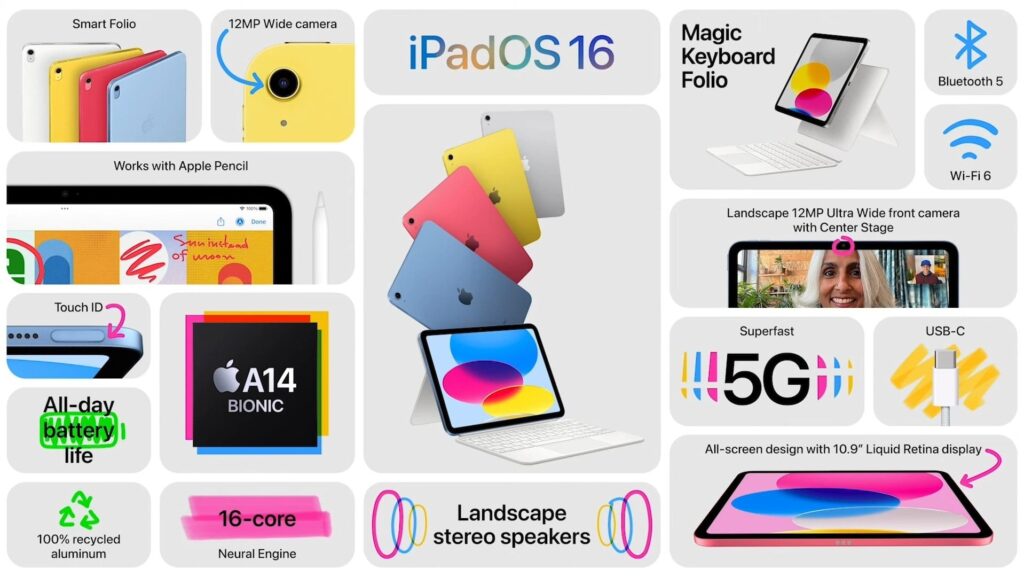 One edge of the new iPad also has a smart connector to magnetically attach a Magic Keyboard Folio that costs RM1,249 to offer a set of physical keys for typing and a means to protect it while it’s being toted about in your backpack. Biometrics are sorted by the power button that doubles as a fingerprint reader for Touch ID.

How much is the new 10th Gen iPad

In addition to the aforementioned storage, WiFi and Cellular variants, you can also select from your choice of four possible colourways that include blue, yellow, pink and silver. 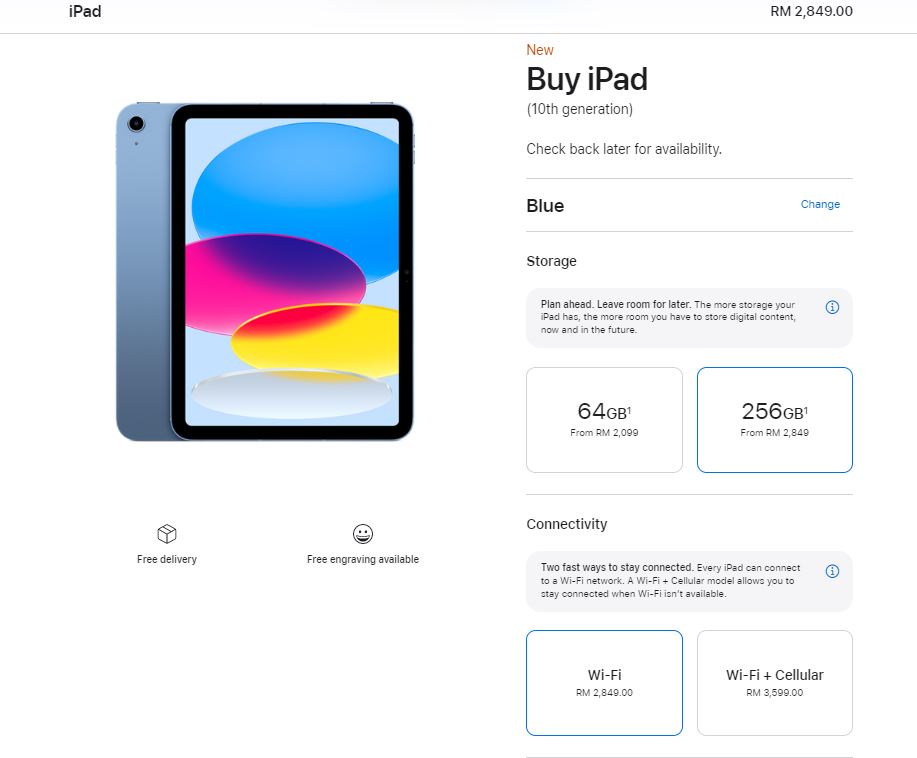 While prices have already been announced, Apple hasn’t mentioned release dates for Malaysia just yet but we’ll keep you posted! You can check out the new Apple 10th Gen iPads at their official site here.