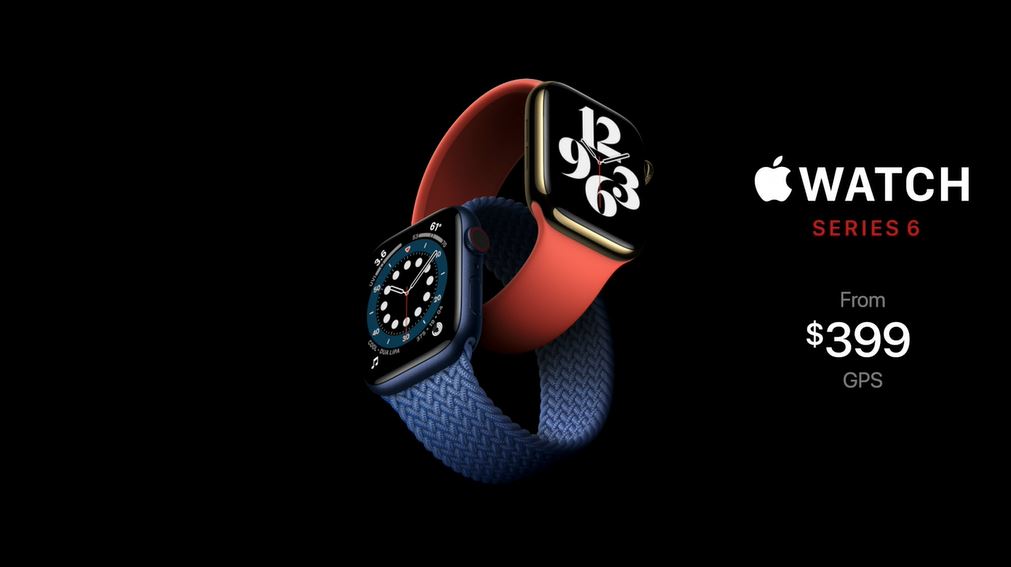 The first product to appear in Apple’s showcase last night, the Apple Watch series 6 is their latest smartwatch that features a blood oxygen sensor, new colourways and a new Solo Loop strap design. 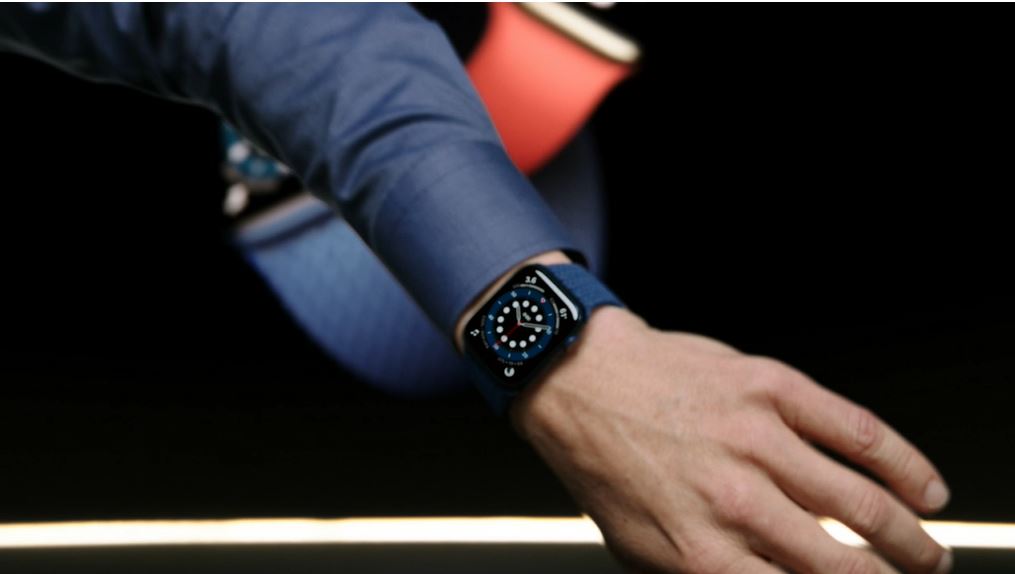 The new Apple Watch series 6 also includes more family friendly features that Apple has called ‘Family Setup’ that allows parents to issue the watch to kids  and have administrator privileges of sorts, allowing them to monitor and track where their kids are and who they interact with via the watch though this particular feature requires the cellular capable variant of the Apple watch for obvious reasons. 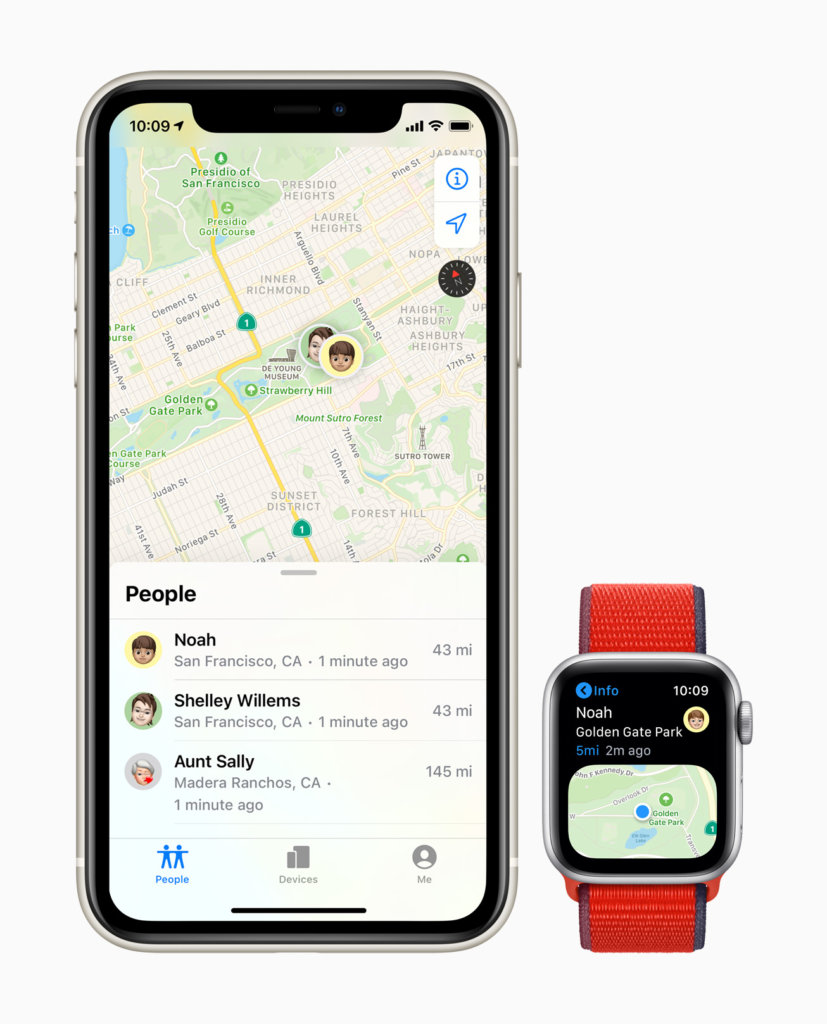 Another addition to the watch is the inclusion of an always-on altimeter that lets you know how high you are; handy if you’re hiking or performing other fitness regimes. 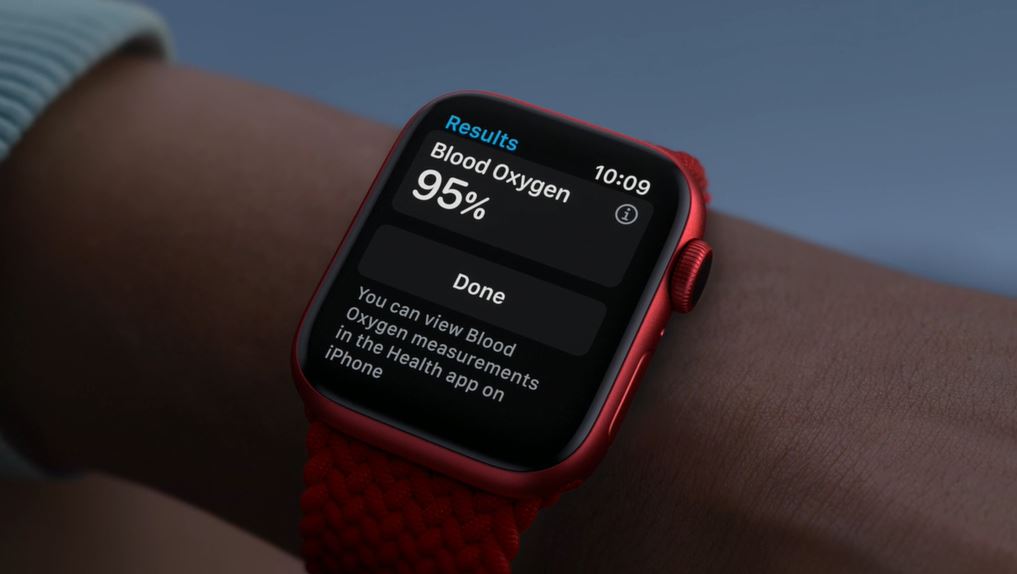 The rest of the hardware in the Apple Watch series 6 is built around a new dual-core processor based on the A13 Bionic used in the iPhone 11. Dubbed the S6 SiP, this processor is rated for 20% better performance than its predecessor the Apple Watch series 5 and the always-on display which can be acquired in 40mm and 44mm sizes is said to be 2.5 times brighter outdoors than the aforementioned series 5 watch.

Apple was also keen to emphasise that the watch case was made from 100% recycled aluminium and it’s also swimproof.

The Apple Watch series 6 will run watchOS 7 under the hood with the addition of a hand-washing app that activates when you wash your hands and runs a timer to let you know if you’ve been sufficiently thorough in your efforts at personal hygiene. 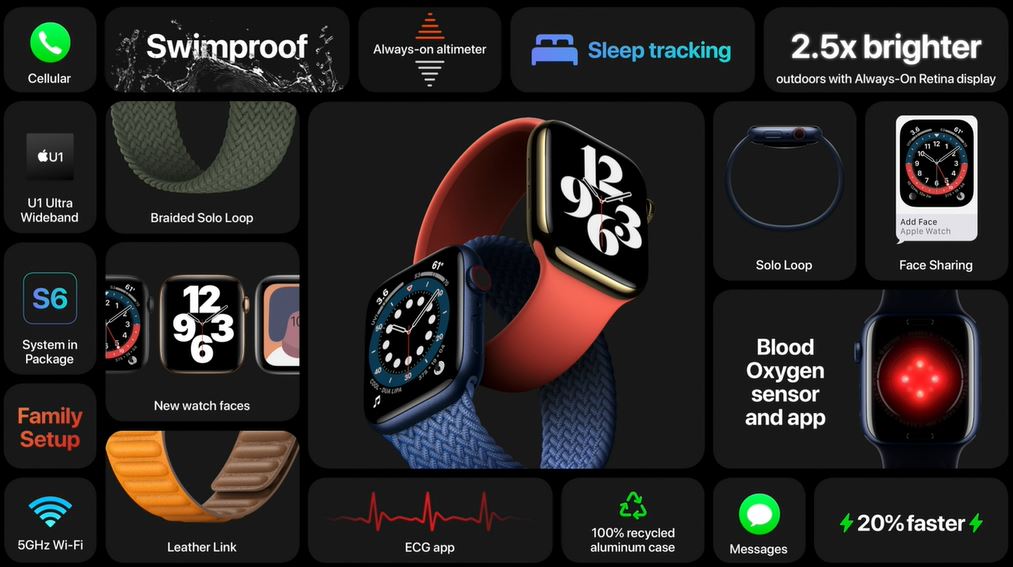 Apple is also pushing a new Fitness Plus app that has a variety of workouts you can follow for a US$9.99 monthly or annual US$79.99 subscription fee. There are also a variety of new watch faces on offer from having an emoji avatar on the dial, profession specific watch faces such as one for photographers that indicates the ‘golden hour’ for photography and more. 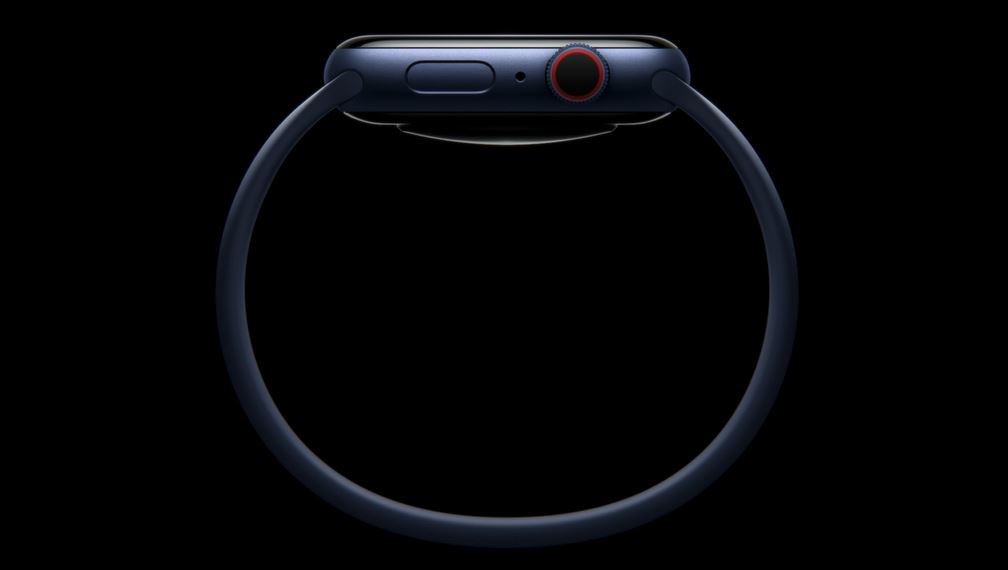 Strap options this year now include a unique Solo Loop that looks like the rubber ‘friendship bands’ from the late 90s. You get an elastic material without clasps or buckles that is made of either silicone or braided yarn to create a single form-fitting strap. To get the best fit possible, they’re offering nine different sizes for all wrist sizes. 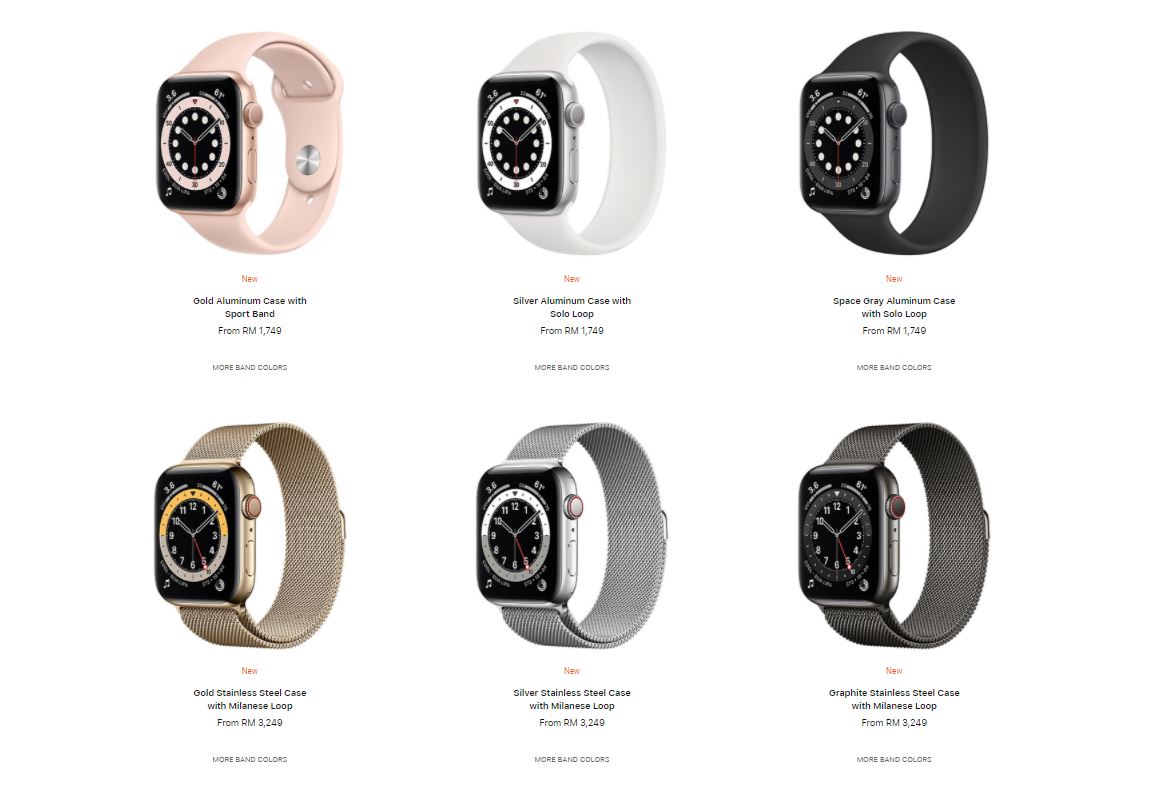 The more premium stainless steel Apple Watch series 6 will only come with cellular capability and ship with a Sport Loop with the 40mm version retailing for RM2,999 and the 44mm version for RM3,249. 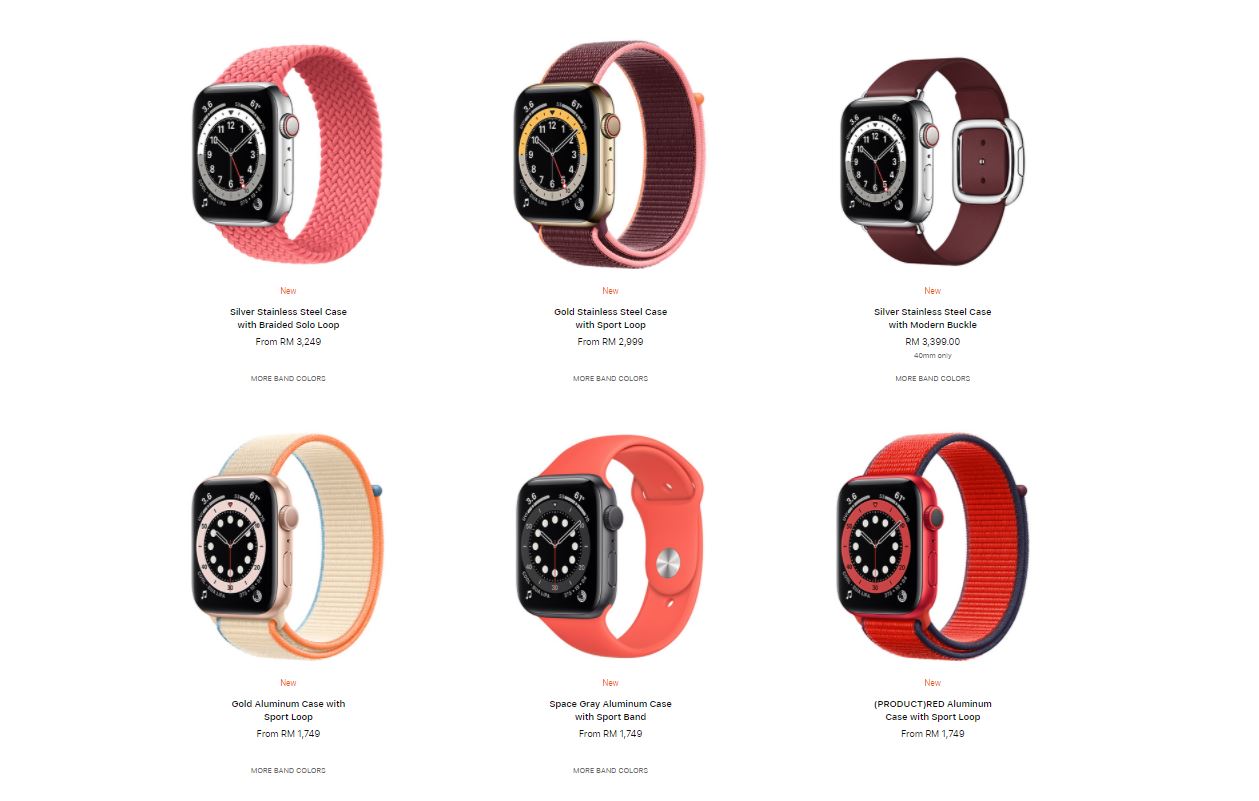