Home › Apps › Need a courier or want to be one? The new ezyCourier app will sort you out

It’s been said that there will eventually be an Uber-style business model for everything under the sun. Now, you can add peer-to-peer courier services to that list too. The ezyCourier service, which already exists in Hong Kong and Vietnam but has now made it to Malaysia allows anyone to be a courier. You interact with the service via their app which comes in two flavours, one for customers and the other for aspiring couriers depending on what you aim to do or be though the latter requires certification and a training program with ezyCourier before starting the job. ezyCourier is fully licensed by the MCMC so it’s legit and on the ball.

As a customer, you fire up the ezyCourier app and then designate what you want carried. Letters can be up to 500g in weight while luggage can be up to 20kg in weight and boxes can be up to 5kg. In terms of dimensions, it’s essentially what you can cram into a car though you can designate a special request when placing an order. Deliveries are slated to be done within two hours or less. Payment is either via COD or credit card with costs starting from RM6 and up for a short delivery.

Currently the service is only available around the Klang Valley and extends to as far as KLIA though it will expand later on throughout Malaysia within the next couple of years. The app is now downloadable on the Apple store and the Google Play store. To find out more swing by ezyCourier Malaysia’s Facebook site here and their website here. 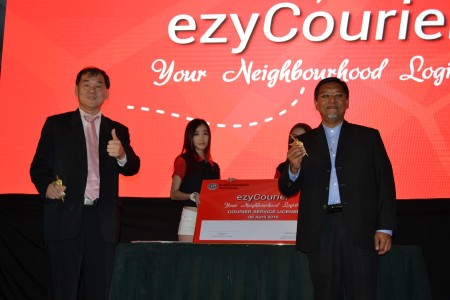