Naza Corporation Holdings Sdn Bhd’s integrated infrastructure services provider arm, Naza Communications signed a momentous Memorandum of Understanding yesterday with a trailblazing team of collaborative partners to implement and accelerate a unique initiative that seeks to empower rural communities that has been dubbed the NURI Programme.

The collaboration partners that will embark with Naza Communications on the NURI Programme include Malaysian app developers Car Bengkel, Ezyhaul, Living Space, My Homestay Malaysia as well as educational outfit Telecommunications Engineering College. 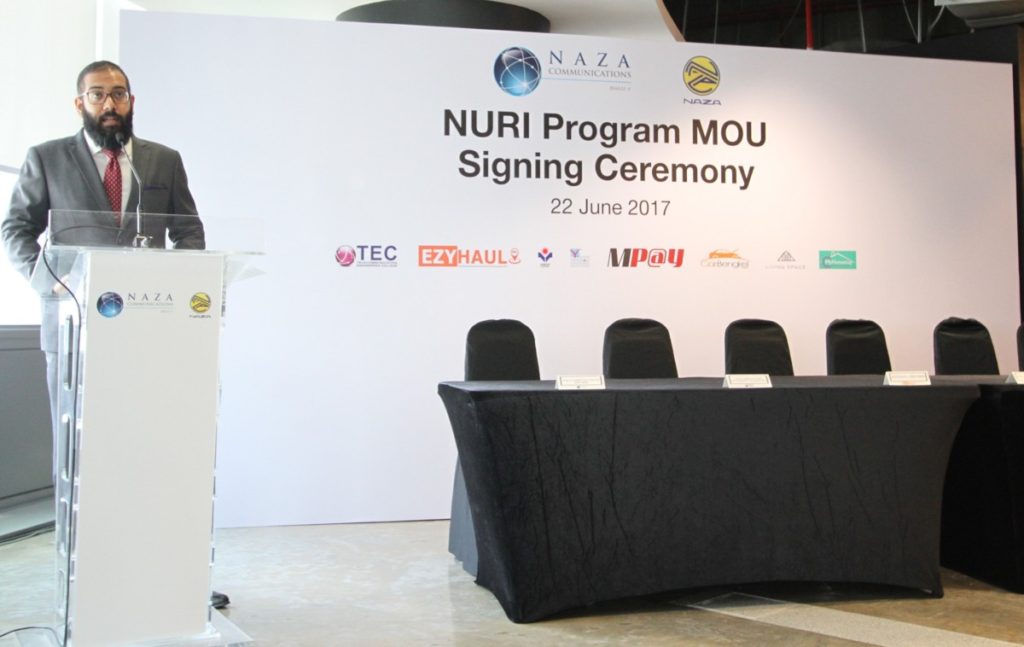 The NURI Programme is a three-year, multi-phase programme that seeks to use mobile broadband as an enabler to empower some 200 villages in 80 locations nationwide. With mobile broadband, the NURI programme will act to improve the standards of living of rural communities via a three prong approach across a span of three years and in three stages with the northern and eastern parts of Peninsular Malaysia and East Malaysia being the first areas to participate in the programme. 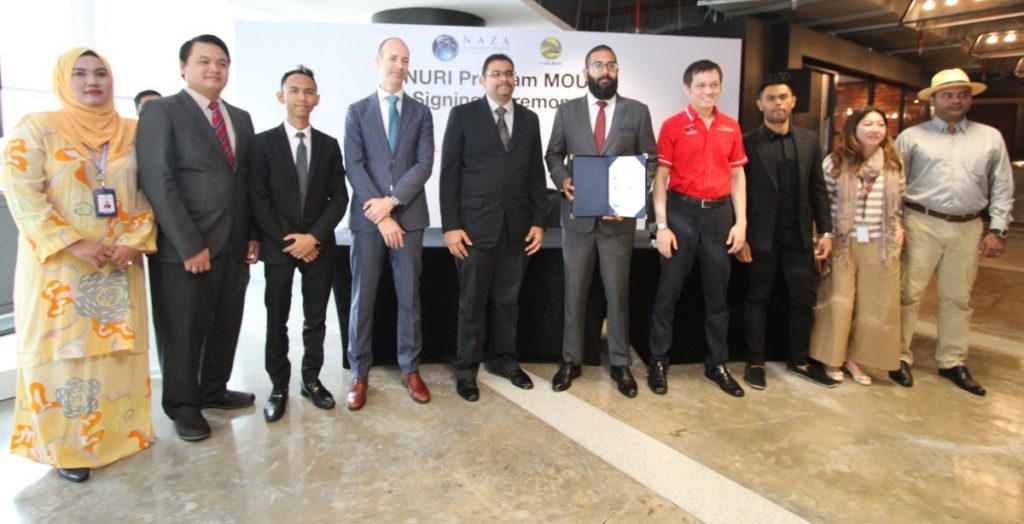 Naza Communication’s programme seeks to implement three goals. First: the programme will act to improve the income of selected rural communities by including them in the mobile economy. Second: utilising mobile apps to transform and uplift the overall well-being of the targeted communities. Third: promote lifelong learning and teach skills critical to a knowledge based-economy by promoting responsible internet usage.

The landmark NURI programme is a historical first for Naza Communications as it is the first towerco to embark on such an initiative. The programme has already begun and has been carried out across ten villages in Kedah and Perak. For more details swing by www.naza.com.my