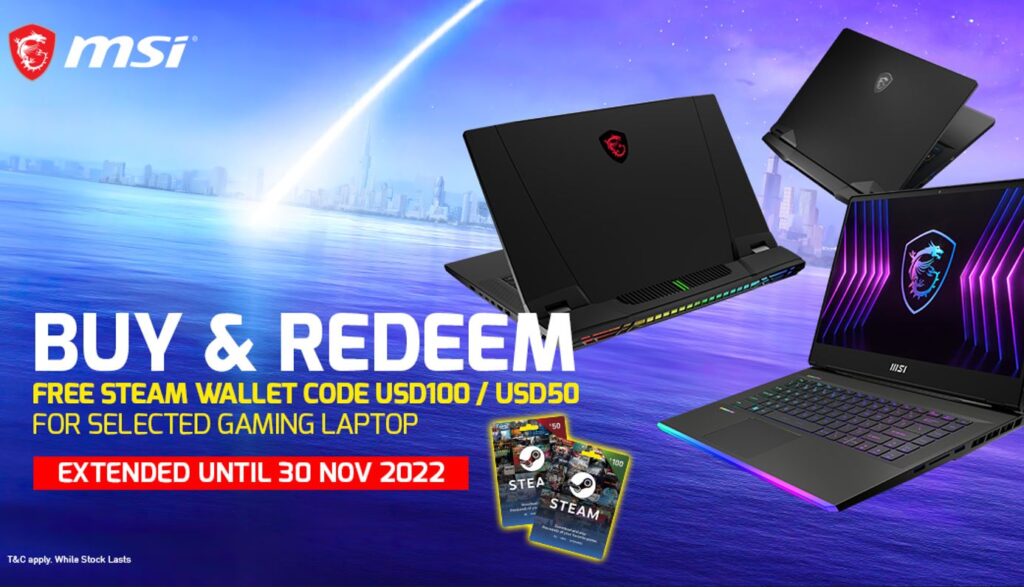 There’s really not much point buying a cutting edge gaming laptop if your gaming library is in a sad state with only PacMan on it which is why MSI has kicked off a special promotion where buying selected laptops from their MSI Intel HX series line-up gets you a free Steam wallet code worth up to US$100 to game in style.

There’s no additional hoops to walk through other than showing proof of purchase after purchasing an MSI HX series, MSI Stealth GS77 or GS66, Raider GE76 or Vector GP66 gaming laptop from today all the way to 30th November 2022. To redeem, you’ll need to scan the following QR code in the image below. 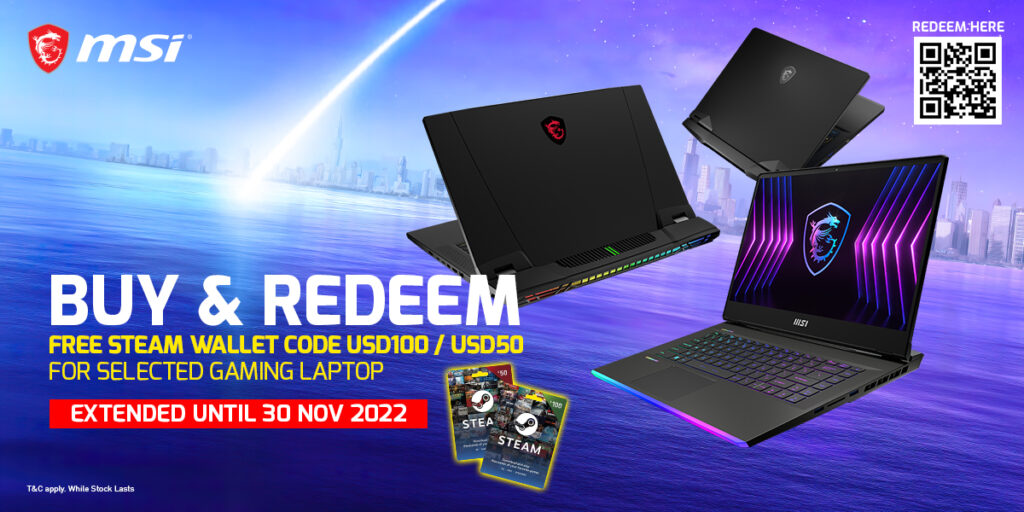 For the uninitiated, MSI’s HX series is less of a designation than an indicator that their laptop is powered by the latest 12th Gen Intel Core HX series processor which comprises a variety of gaming laptops across their range from beefy desktop gaming behemoths to more budget options, all of which are eligible for Steam credit though they vary depending on what model you get from MSI.

Assuming money is no object, you can spring out for the crown jewel of the MSI Intel HX series line-up – their top of the line Titan GT77 HX that is effectively a desktop replacement with the ability to support up to 12th Gen i9-12900HX CPU, a 17.3-inch 4K 120Hz display, an RTX 3080Ti with 8GB GDDR6 vRAM, 64GB RAM, up to 2TB of SSD storage and up to 150W Maximum Turbo Power (MTP) of processing power with up to 250W of combined power to the CPU and GPU. 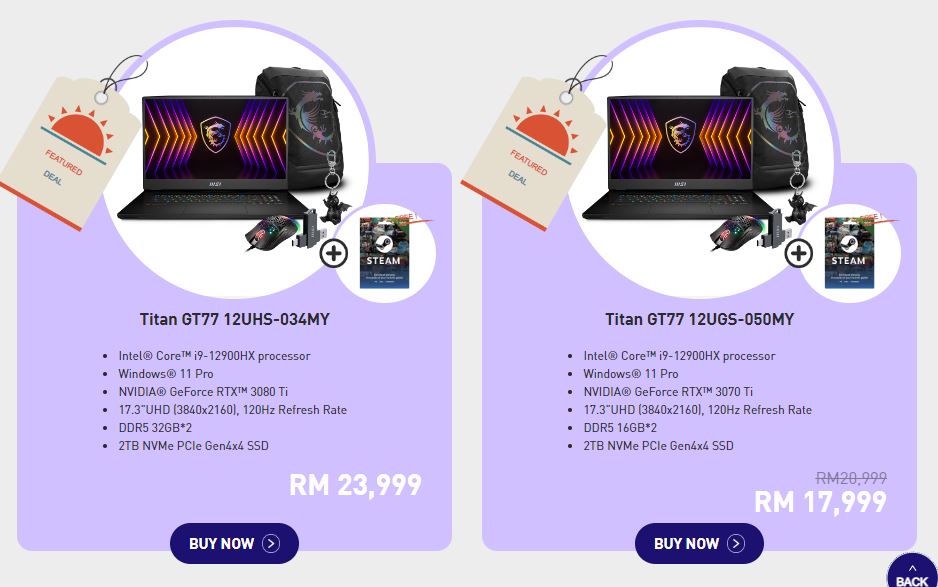 Keeping things cool is an impressive 4 cooling fans, 7 heat pipes and a phase-change thermal pad for sustained cooling performance. The keyboard is also luxuriously appointed with Cherry MX Ultra Low switches and per-key RGB lighting. The price? A princely RM23,999. You can also opt for a slightly cheaper variant that costs RM17,999 by paring down the GPU to an RTX 3070 Ti and the RAM down to 32GB.

In addition to the Titan GT77 HX, you can also acquire the Raider GE77HX and GE67HX gaming laptops that feature 240Hz OLED displays, up to 140W MTP and the aforementioned 16-core Intel HX processors.

For more details on the MSI Intel HX series gaming laptops and their associated free Steam credit bonuses on purchase check out their official page at https://my.msi.com/Promotion/2022-buyandget/nb