Watching movies on the silver screen in Malaysia have just been taken to the next level as Samsung Malaysia has teamed up with Golden Screen CInemas to bring their humongous and luscious Onyx Cinema LED experience to Malaysia. 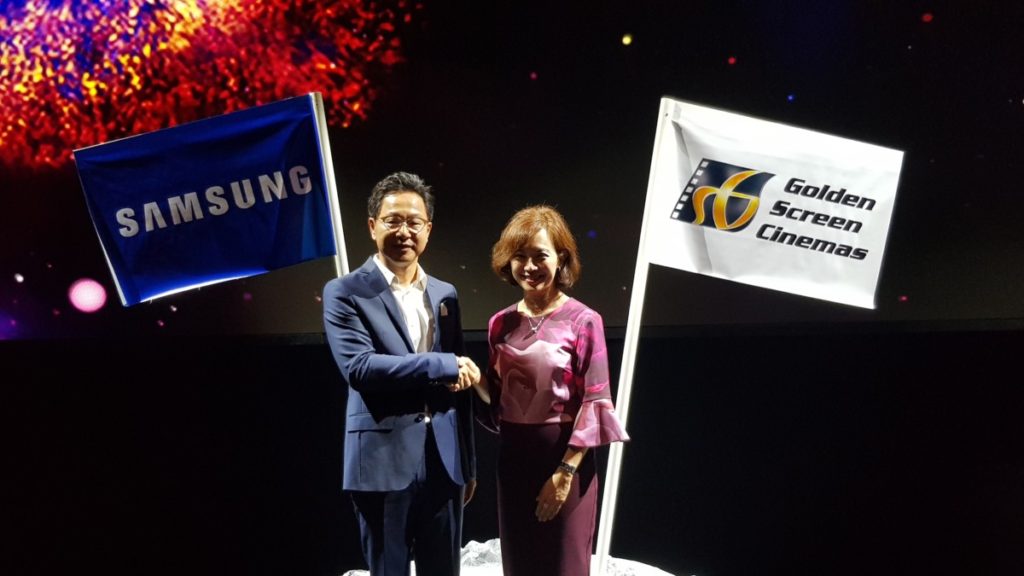 The first commercial rollout of a Samsung Cinema LED screen was in Korea last year and it has since seen successful deployment in China and Europe with Malaysia being one of the latest countries to include this next-generation viewing experience. 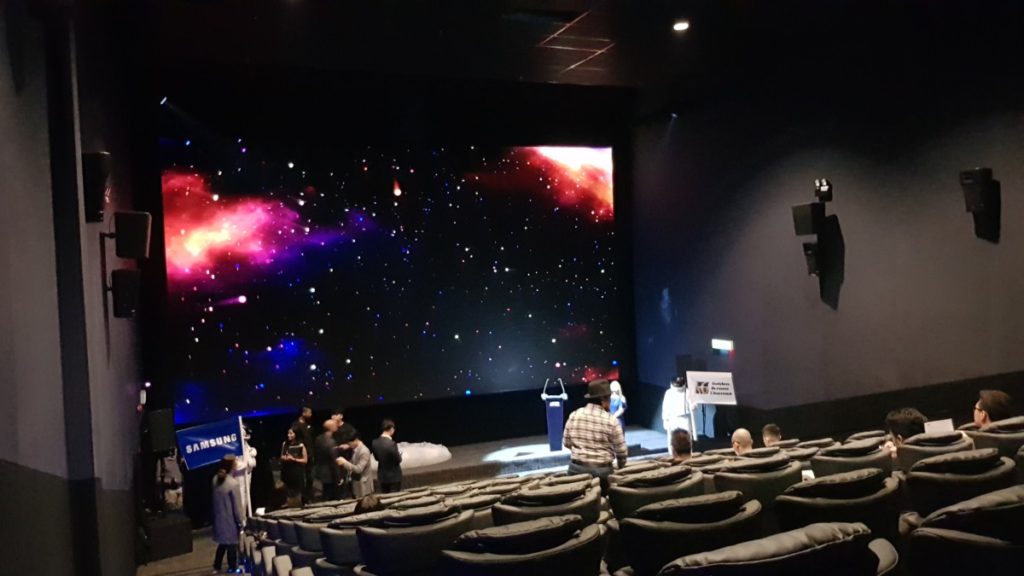 To wit, Samsung’s Onyx Cinema LED theatre is a massive 33.8-feet wide and 16.4 feet high HDR capable display with a razor sharp 4K – that’s 4,096 x 2,160 pixels – resolution and a peak brightness level of 146Fl that’s ten times better than conventional projection technologies. This combination allows it to display exceptionally deep blacks and more brilliant whites on account of it being able to offer a nearly infinite contrast, making it an exceptional viewing experience. The screen is sufficiently bright enough that it still offers unimpeded image quality even with ambient light on, which makes it ideal if you’re hosting events in a cinema hall equipped with an Onyx display. 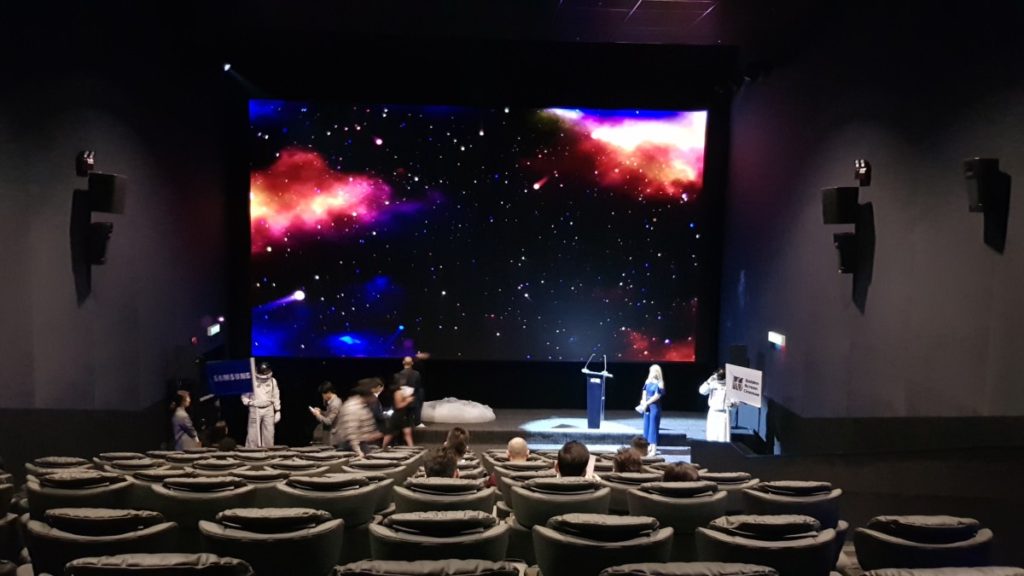 Samsung’s Cinema LED screen has also been recognised as being fully compliant with the renowned Digital Cinema Initiative (DCI) theatre technology standard, marking it as being able to accurately display the complete colour spectrum onscreen.

If seeing is believing, then hearing completes the picture and Samsung has also teamed up with JBL by Harman to integrate an array of powerful speakers into the theatre along with JBL’s unique Sculpted Surround System for a vivid, visceral sound stage.

In Malaysia, the next-generation Samsung Onyx Cinema LED screen will be available at GSC’s flagship theatre at Midvalley Megamall. The hall sports exceptionally plush eco-leather seats and viewers are also able to enjoy the full array of GSC’s extensive offerings from their in-house concessionaires. To enjoy the Onyx Cinema LED experience at Hall 11, GSC adds a modest RM1.50 surcharge on top of the regular ticket price. As its debut movie in Malaysia, GSC is offering Jurassic World Fallen Kingdom. For more details, swing by www.gsc.com.my