The launch of Samsung’s anticipated next-generation productivity phablets are about a month away and more details have surfaced ahead of the launch as Roland Quandt of German tech site WinFuture have leaked additional ostensibly official renders as well as details on pricing that confirm the existence of the Galaxy Note 10 and it’s better equipped sibling the Galaxy Note10+. Rumours persist of a Note 10 Lite variant or a Note 10 or Note 10+ 5G variant in keeping with what the Galaxy S10 series had earlier this year but remain unconfirmed.

What is certain is that the Galaxy Note 10 series will make its official global debut on 7 August at the Barclay Centre in Brooklyn, New York on 7 August in the US. Accounting for time differences, the time to catch the local live stream will be on 8 August at 4AM local time in Malaysia. The invites which went out to media and invited guests reveal a centre mounted camera lens and an S Pen stylus don’t tell much but do confirm the positioning of the Note 10 series’ selfie camera.

The leaked renders show the Galaxy Note 10 and Note 10+ in at least two colours, an iridescent pearlescent blue gradient finish and a ubiquitous black. More colours will likely exist. This time around, they’re not going for wildly different S Pen colours with the pearlescent white looking version sporting what seems to be a dark blue S Pen and a matching black one for the black Note 10 and Note 10+. 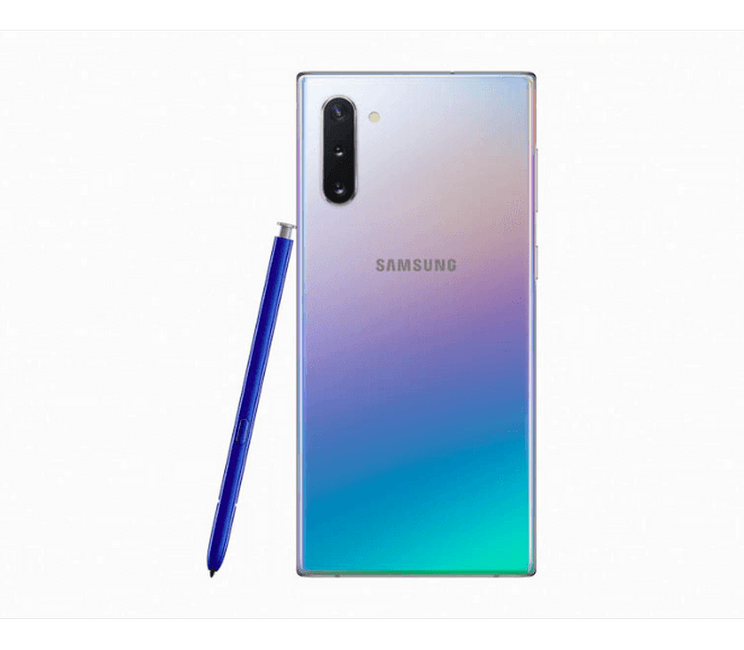 An ostensible render of the rear of the Galaxy Note 10 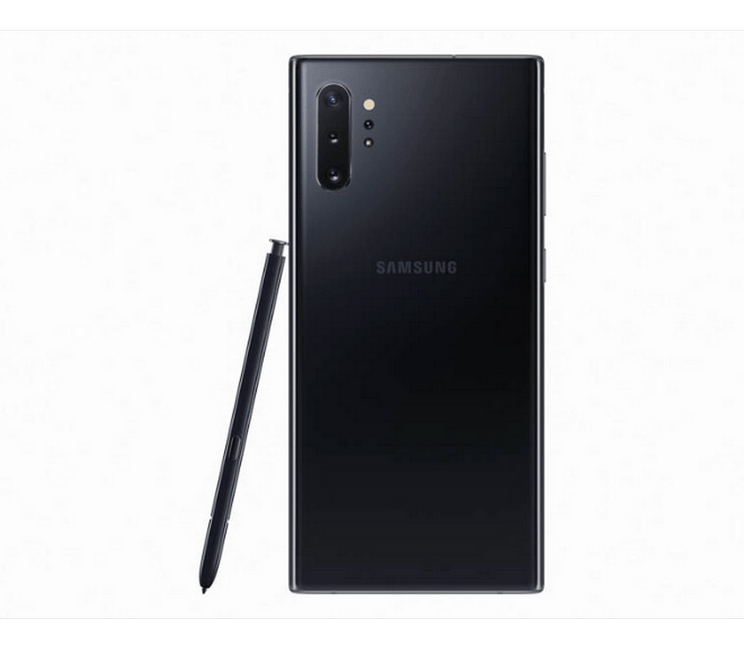 Both renders for the Note 10 and Note 10+ seemingly lack a fingerprint reader which confirms that both phablets will have under-glass fingerprint readers. Interestingly enough, if you look closer, the left side come with presumably a Bixby button to summon their in-house virtual assistant and volume rocker but the right side seem bereft of a power button. The likelihood exists that both the Bixby button and power button have been melded together with the former summoned with a long-press is a distinct possibility.

Both phones will have a centre mounted front-facing selfie camera though they differ primarily in terms of size and camera capabilities. If the leaks are correct, the Galaxy Note 10 will feature a 6.3-inch Dynamic AMOLED Quad HD+ display, either the Snapdragon 855 or Exynos 9820 processor depending on region and with storage starting in on the ground floor at 256GB and up with the possibility for permutations of 512GB and 1 Terabyte variants. 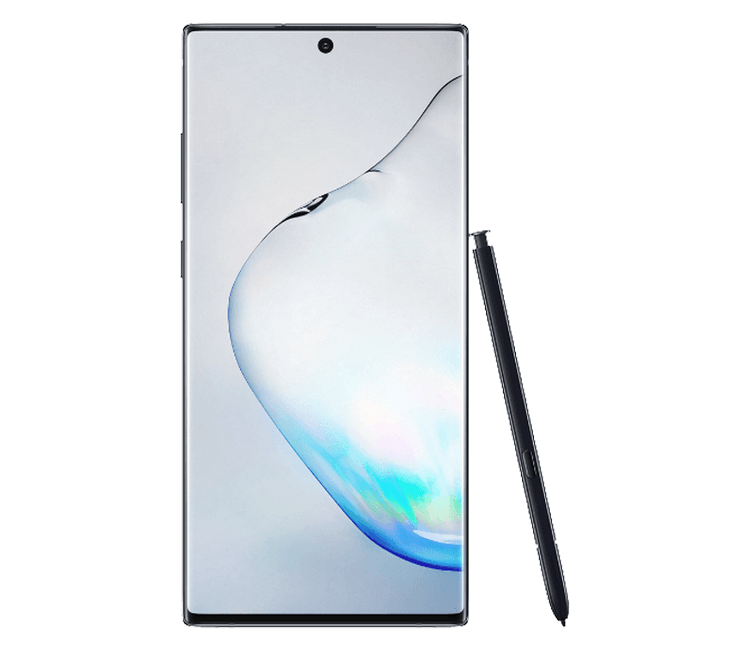 The front of the Galaxy Note10 Plus

The Galaxy Note 10+ will have most of the hardware of the Note 10 but will feature a larger 6.75-inch Dynamic AMOLED Quad HD+ display and, at least judging from the renders, an upgunned camera array on the back with what looks like a ToF sensor like that seen on the S10 5G. 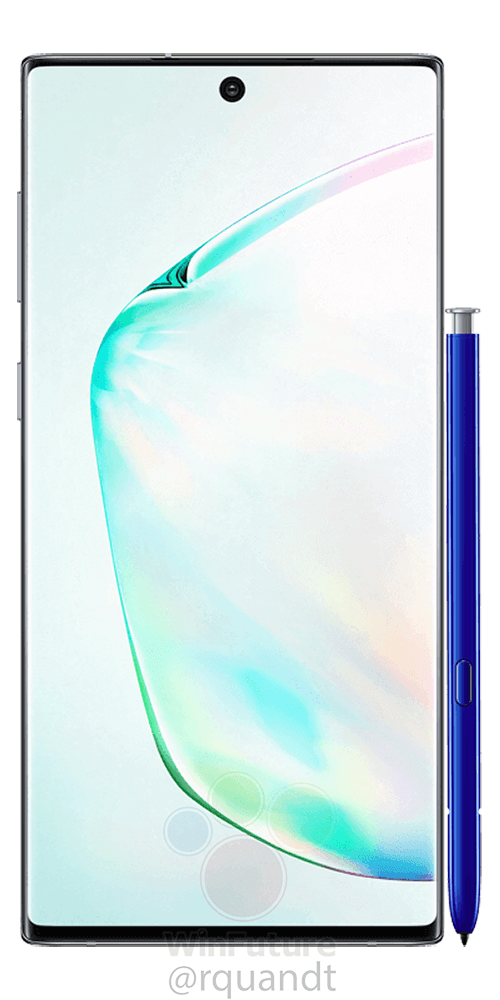 A front reader of the Note 10 with accompanying S Pen

Prices will of course vary when they hit Malaysia and any value added bundles thrown in to offset the price tag but they’re on par with the prices expected of Samsung’s most powerful phones for 2019 short of the Galaxy Fold which has yet to hit storeshelves pending its redesign. We’ll keep you posted on any news and updates as they appear.