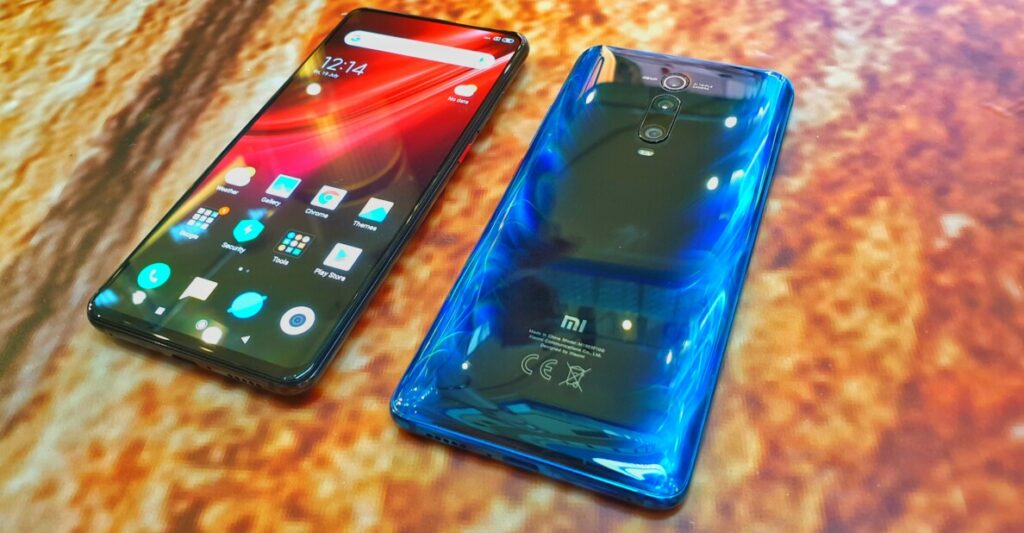 Xiaomi’s latest phone the Mi 9T represents one of their more outstanding attempts at maximising value while minimising cost as it brings a lot of features and quite a fair amount of performance while keeping the cost down to just RM1,199.

In terms of what goodies comes with the box, the phone comes with a modest ensemble that includes a TPU casing, the obligatory charging cable and a wall charger. There’s no set of earbuds but you can purchase a variety of Xiaomi’s own wired and wireless buds if you’re set on owning a pair.

Externally, the Mi 9T ticks off all the checkmarks for the design of a  contemporary smartphone. You get a curved chassis crafted of glass and metal that has excellent tactility without feeling plasticky, a nigh bezel-less front AMOLED display and an in-display fingerprint reader that combined, makes it quite a good looking phone, more so for what you actually pay for. 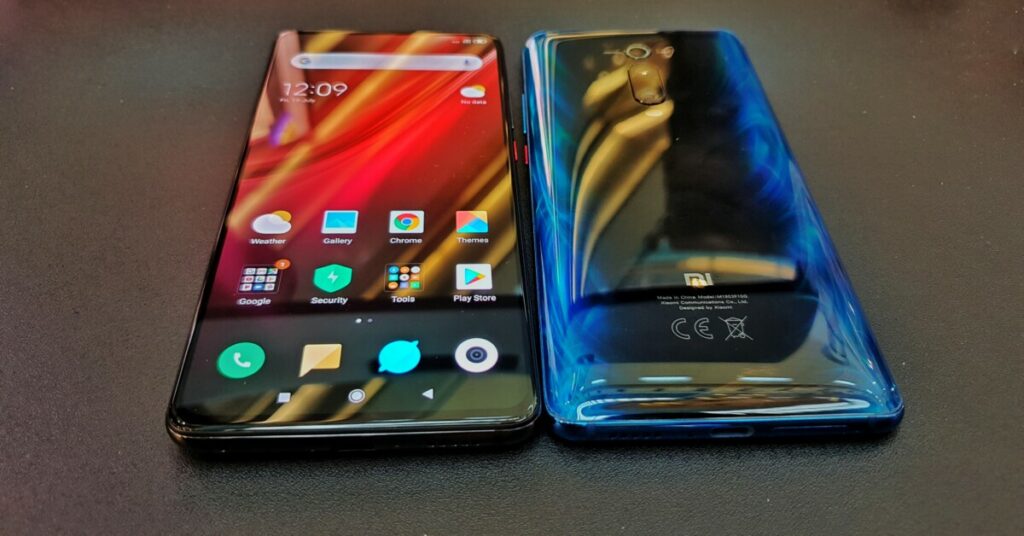 The right side of the phone consists of a power button and volume rocker while the left is otherwise featureless. The top consists of a 3.5mm audio jack and a pop-up 20-MP selfie camera mechanism while the base has a dual SIM card slot, a grille for the mono speaker as well as a USB Type-C port with 18W fast charging support for juicing the phone. Xiaomi has notably added a unique accelerometer that automatically retracts the pop-up camera when it senses the phone is dropped to prevent damage.

The back of the phone is paved in glass and comes with a centreline mounted triple camera array that consists of a primary 48-MP camera, a secondary 8-MP camera with 2x optical zoom and a third 13-MP camera with an ultrawide angle lens. It looks exceptionally premium and our test unit, which came in black had a subtle gray hazard stripe finish to lend it a distinctive look from the horde of lookalikes out there with the usual mirrored gradient finish. While it does look and feel premium, the mirrored finish is also rather prone to smudges which necessitates frequent wipedowns. 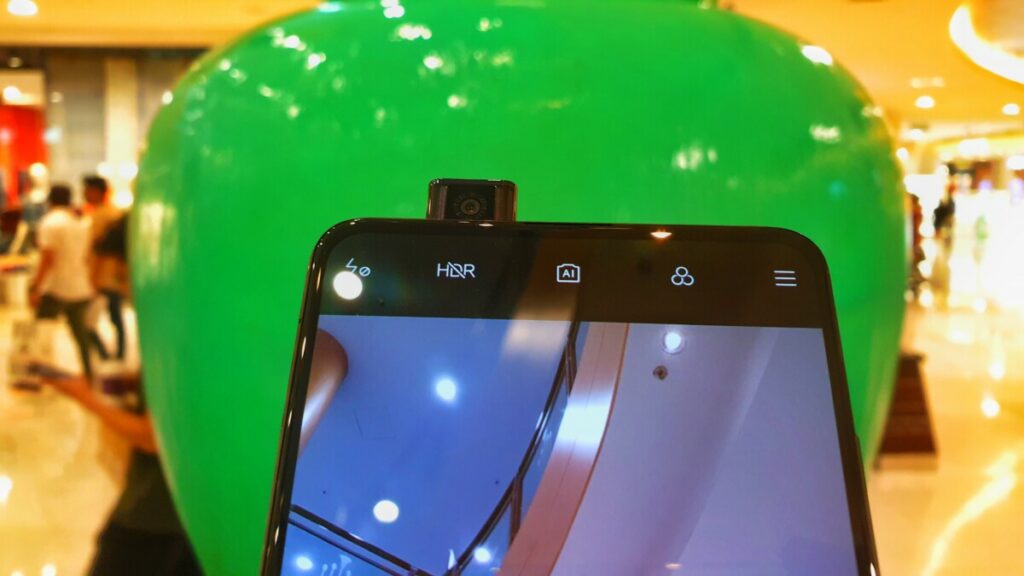 Up front, the Mi 9T consists almost entirely of the display with slim side, top and bottom bezels and nary a punchhole camera in sight. The earpiece itself is almost invisible except on close inspection as it consists of just a subtle, tiny grille just above the display.

To gain all this screen real estate, Xiaomi has gone for a somewhat more sophisticated option of the aforementioned motorised selfie camera mechanism and an in-display fingerprint reader; both bits of hardware aren’t something you’d usually see issued on a circa-RM1,000 phone. 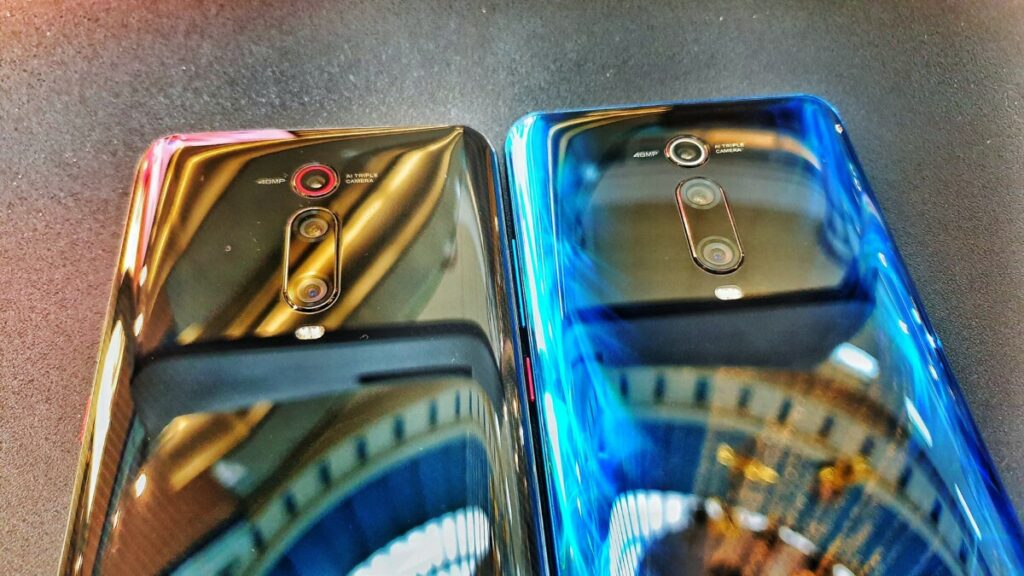 What impresses here is the build quality that Xiaomi has presented here in the Mi 9T and it’s easily the match of any flagship-grade phone thrice its price tag in terms of aesthetics alone though to its detriment it lacks a distinctive feature when viewed from afar bar the pop-up camera and centreline emplaced rear cameras.

The Xiaomi Mi 9T is powered by the new Snapdragon 730 processor paired with 6GB RAM and 64GB of non-expandable storage along with an Adreno 618 GPU. The phone lacks a microSD card expansion slot so all you have to work with is about 50GB or so of usable storage. If you need more space, there is a slightly better specced variant with 128GB of storage for RM1,399.

As far as the Snapdragon 730 SoC is concerned, it’s currently the newest and most powerful midrange processor in Qualcomm’s line-up that prioritises a blend of performance and battery endurance, both of which go a long way to getting the most out of the phone’s large 4,000mAh battery.

In terms of security options, the phone has the option of using facial recognition or the fingerprint reader, both of which are surprisingly swift and accurate on top of the usual pattern and number unlock.

Under the hood the phone runs Android 9.0 Pie overlaid with their MIUI 10 user interface. There’s a significant amount of customisability on offer here and you’re even able to tweak colour temperature on the display and change themes at your whim. 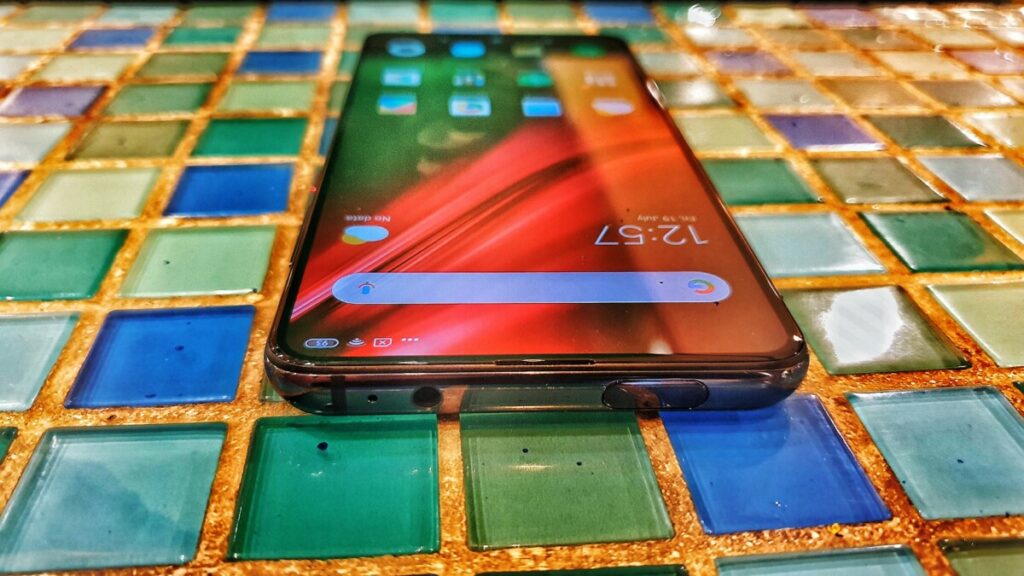 Unfortunately there is no app drawer in MIUI so the entirety of your app line-up remains on your homescreen though you can still shove them into folders to tidy them up. To their credit, they’ve omitted quite a bit of the bloatware and adware here from what we saw in older iterations of MIUI and their baked in browser and other apps don’t seem to spam you with a ton of ads this time around.

When in use, the phone performed in a pleasantly snappy fashion without lag even when switching apps and it was able to tackle a host of games including PUBG and Asphalt 9 at high settings without keeling over. The vast majority of casual users will find little to quibble over in terms of performance with the Mi 9T.

When subjected to 3DMark’s SlingShot Extreme Open GL ES 3.1 test, it got a score of 2,146 points while in Sling Shot Extreme Vulkan, it got a score of 2,033 points. As the Snapdragon 730 SoC is pretty new in the local market with only one other phone hosting a similar processor, it’s a bit hard to draw comparisons to its performance but on its own merits, the Mi 9T handled extremely well across the usual gamut of phone-related tasks without significant lag in its performance across two weeks of use. 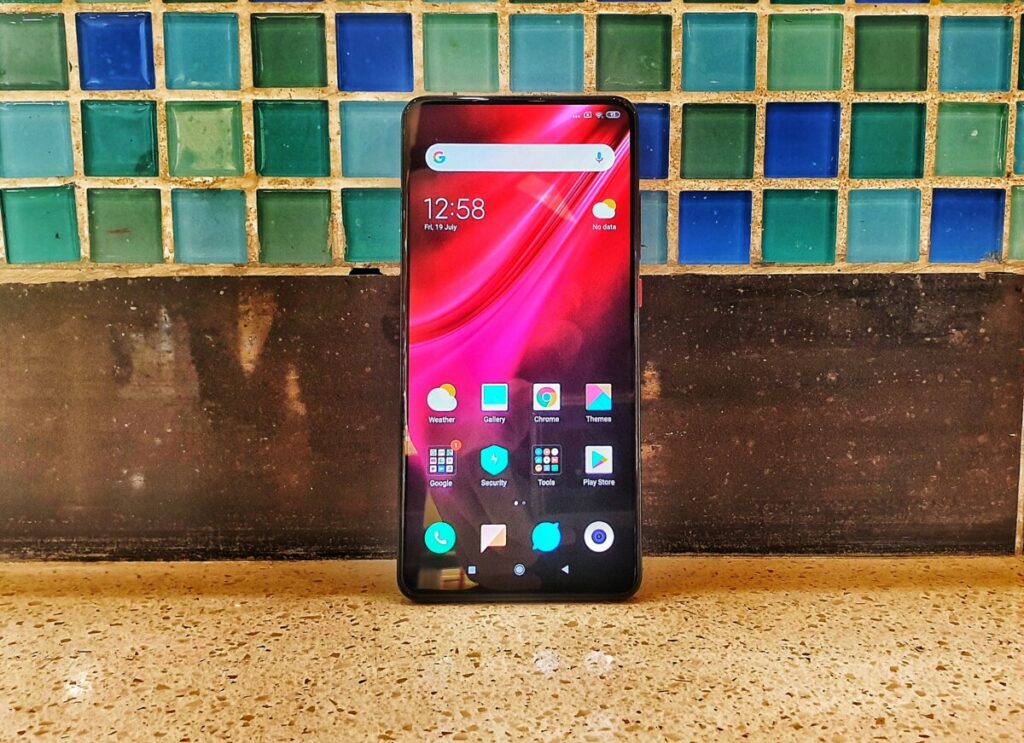 The Mi 9T’s AMOLED display was a thing of beauty with superb colour rendition and detail that made watching movies, in particular Netflix content, a real treat bar the fact that the mono speaker was fairly loud though it understandable has a flat sound stage and modest detail in keeping with most other mono phone speakers out there.

Mounted in the centreline of the Mi 9T’s backplate is a triple camera array that is based around a 48-MP sensor with rather large 0.8µm pixels and an F/1.75 aperture, an 8-MP F/2.4 camera with a 2x optical zoom lens and a 13-MP F/2.4 camera with an ultra-wide angle lens, the latter two sensors have 1.12µm pixels. This setup allows it to capture 12-MP snaps and 2160p video though you can ramp up to its full 48-MP glory if needed via the settings.

There’s no optical image stabilisation on any of the cameras – front or rear – of the Mi 9T which means you’ll need steady hands especially during shots in low light but it does have a dedicated Night mode for shots after dusk along with a rudimentary AI that can perform scene recognition to tweak the settings somewhat for best results.

Shots captured from the primary 48-MP rear camera are, by default, set at 12-MP and are among the best in its price range with excellent detail and colour accuracy with good dynamic range for daylight conditions. When dialled up to 48-MP mode, shots aren’t radically enhanced over 12-MP versions but may be of some use for someone looking for a closer crop or under low light conditions where the deliberate omission of noise control means more detail is retained though the tradeoff with such 48-MP shots is that they take up a lot more space on your phone. 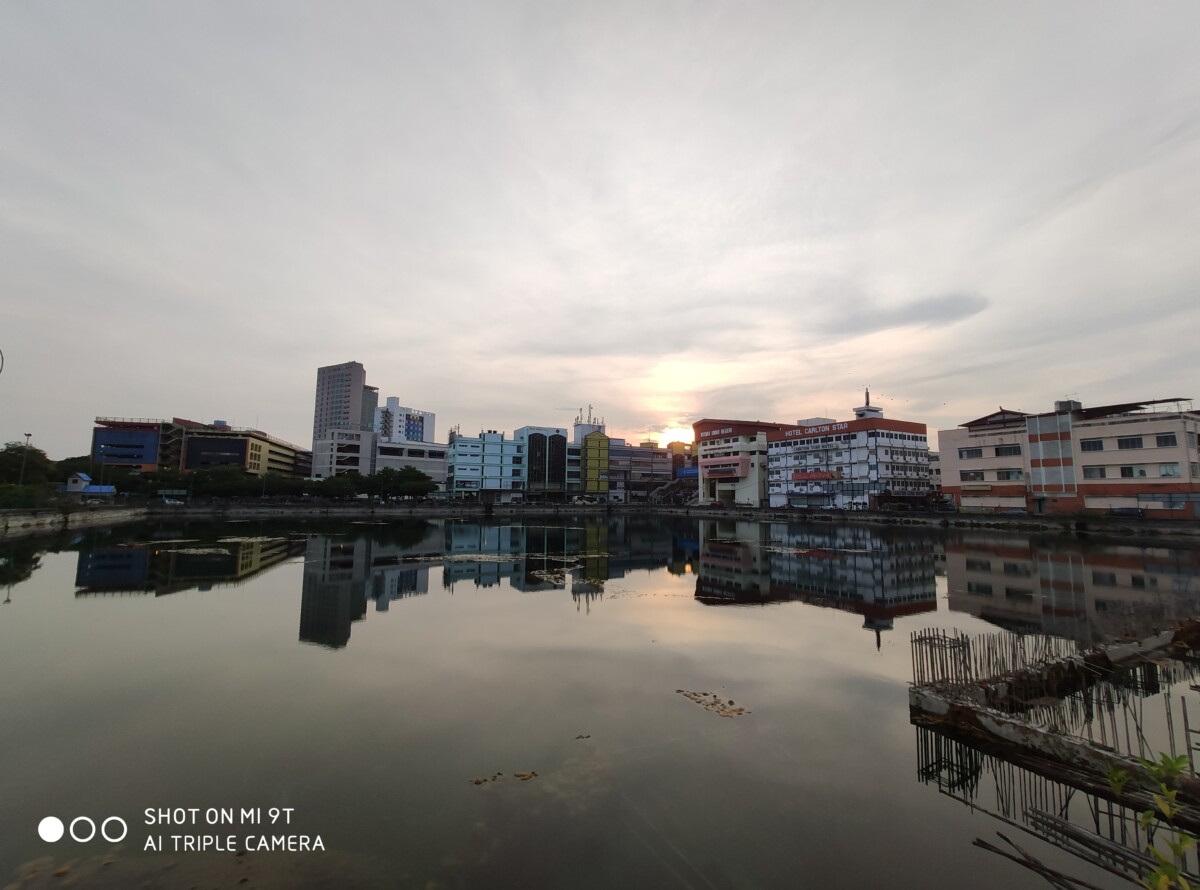 Captured with the wide angle camera on the Mi 9T 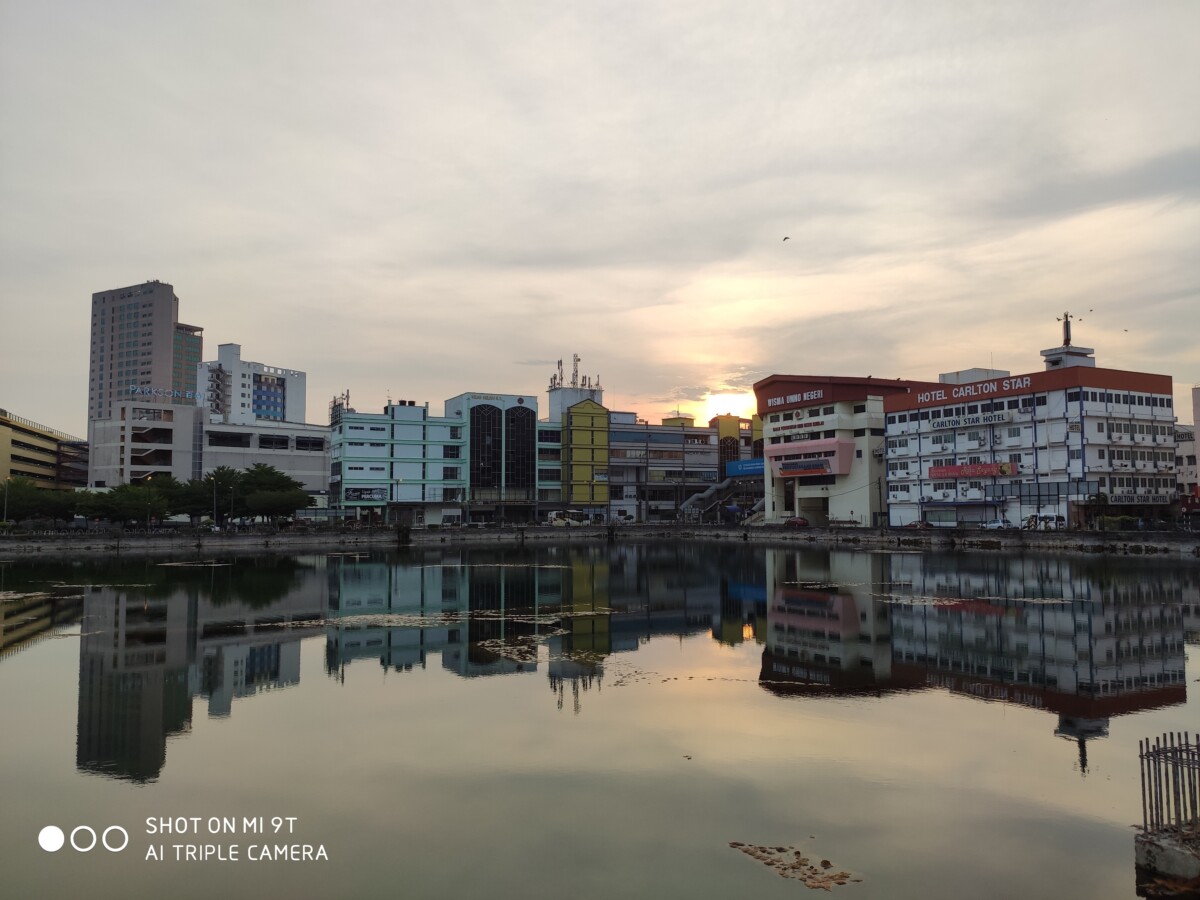 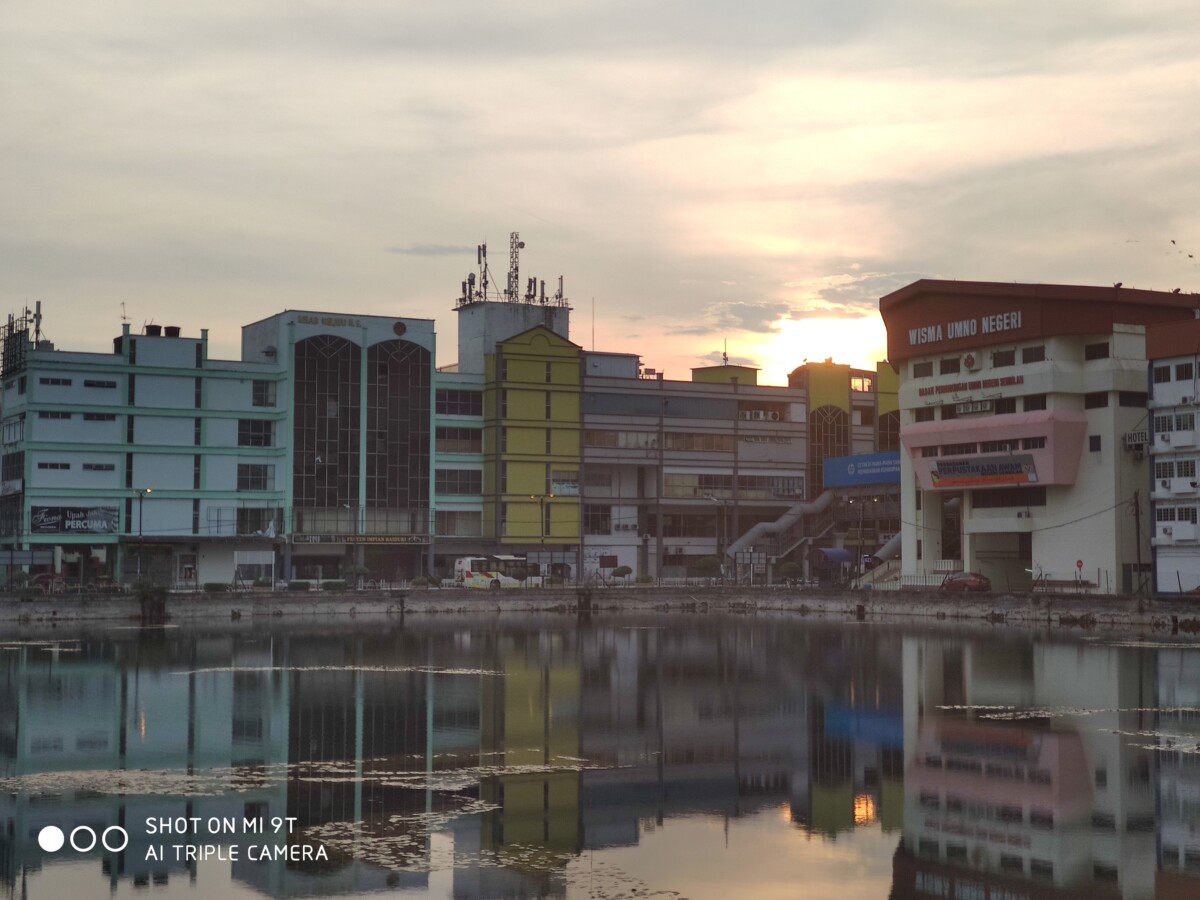 The 2X optical zoom camera is of note. Prior to this, it’s a rarity for anything less than a flagship phone at twice the price to have optical zoom. Shots on the 8-MP telephoto camera are decent with less detail than the primary camera but it’s still pretty darned good, more so for what you pay for. The wide angle lens camera does the job to capture wide swathes of scenery though there’s a slight bit of distortion around the edges. 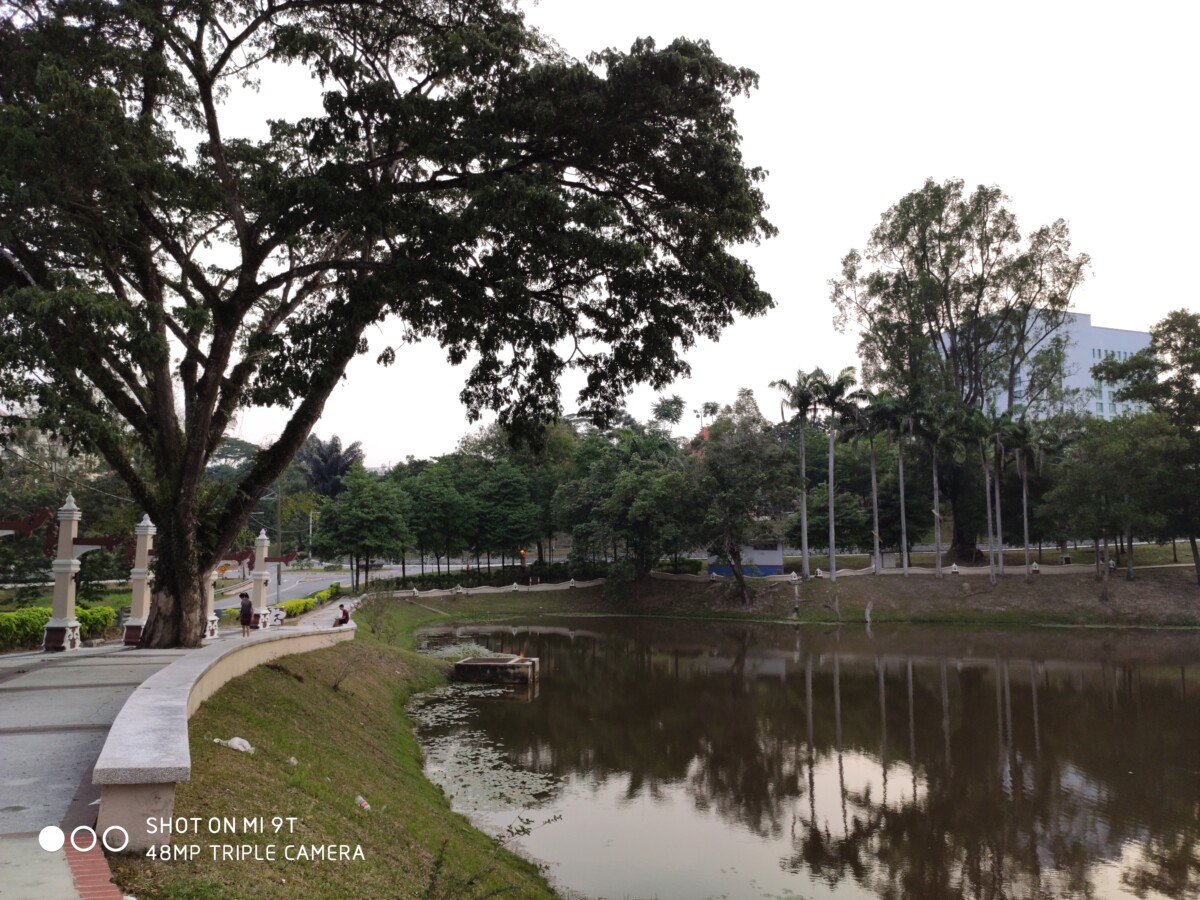 Under low light, shots on auto mode with the primary camera are decent with some fairly aggressive noise control resulting in rather soft looking shots. Taking shots in Night mode results in much better exposed shots with slightly more detail though you need to wait a good four seconds for the camera to capture the scene. The telephoto camera doesn’t work if the light conditions are too dim and instead the camera defaults back to the primary 48-MP and relies on digitally zoom instead. Unfortunately results for that and wide angle shots after dusk are middling at best. The front camera is certainly visually impressive when it pops up but results are nothing to write home about compared to other more selfie centric-phones. 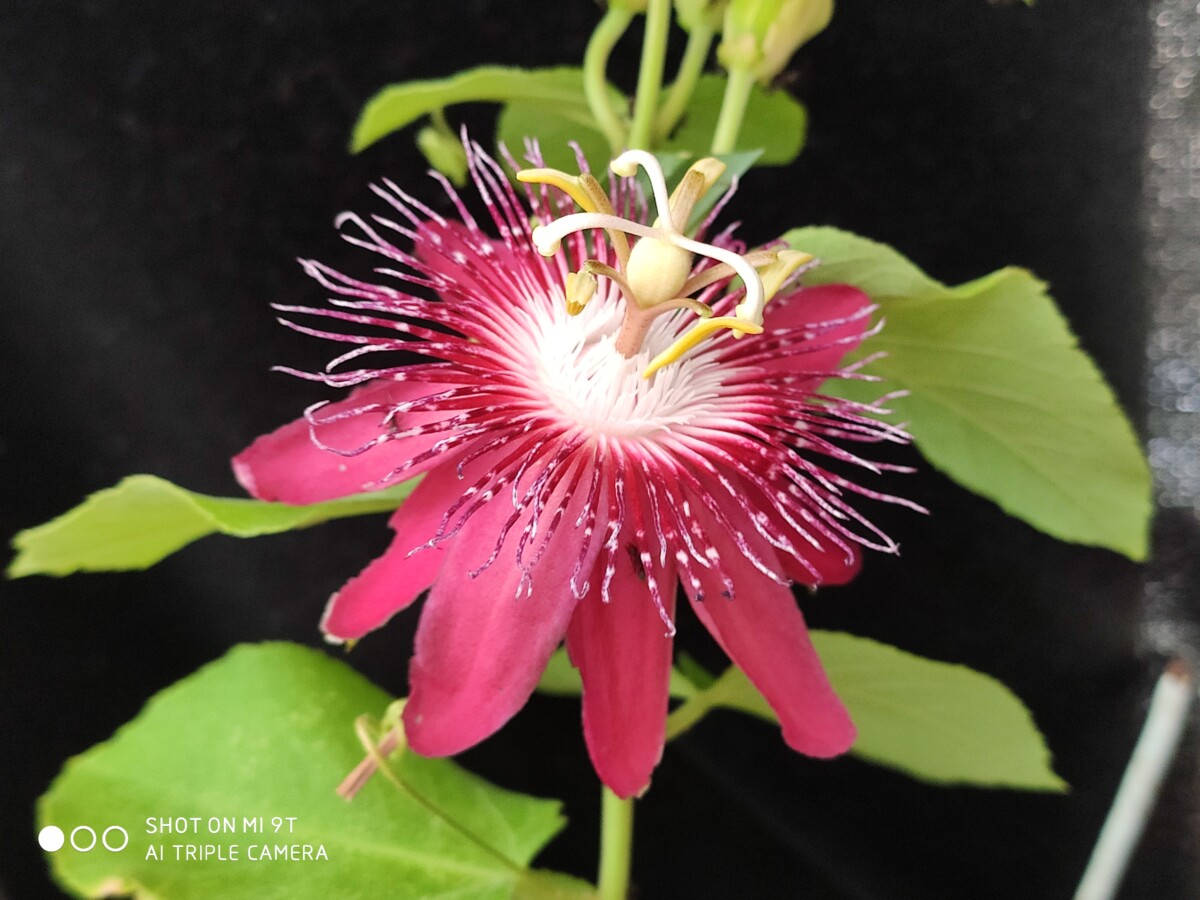 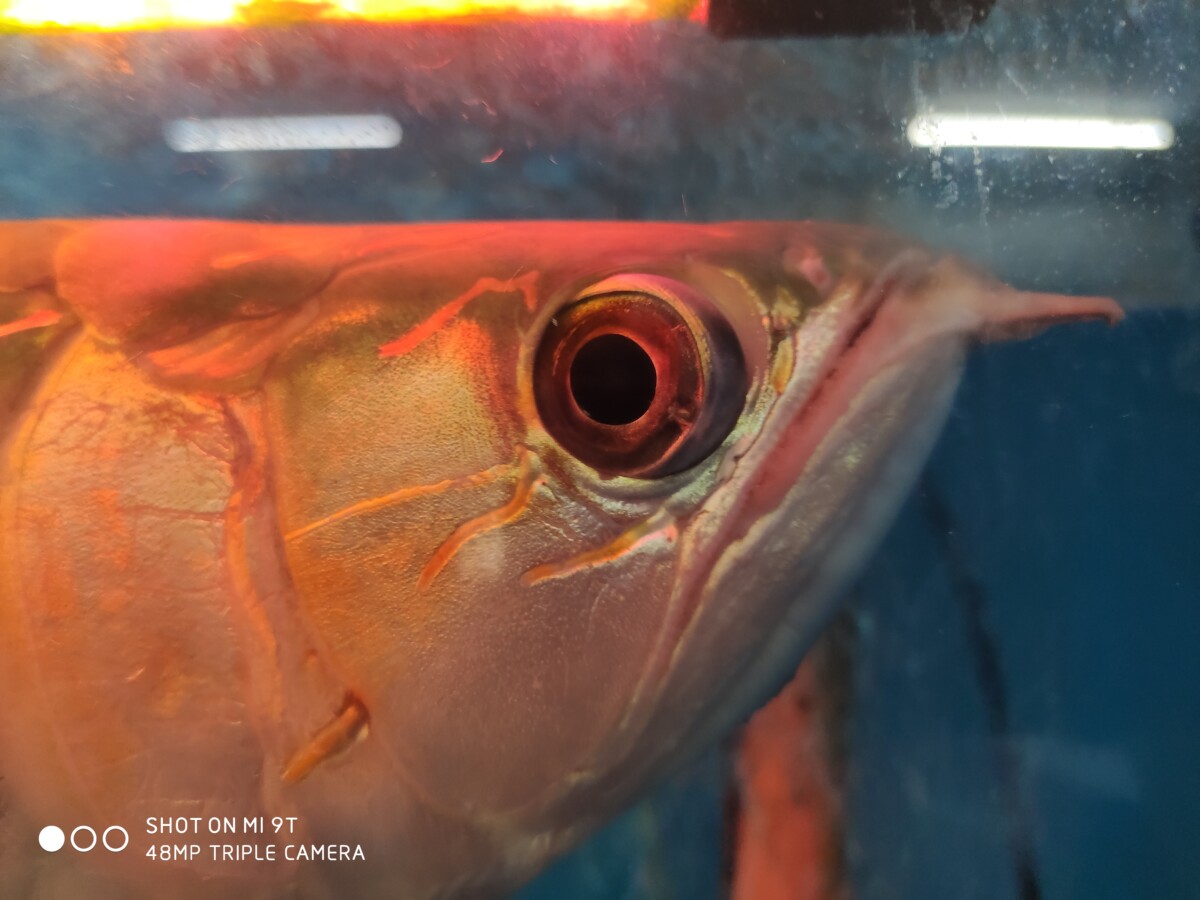 Videos are fairly decent as well but you need steady hands for best results especially when capturing 2K video. Optical zoom is also nonexistent when taking videos; the camera array instead relies on the 48-MP camera and digitally zooms in much like what happens in low light though the wide angle camera still works for capturing videos. 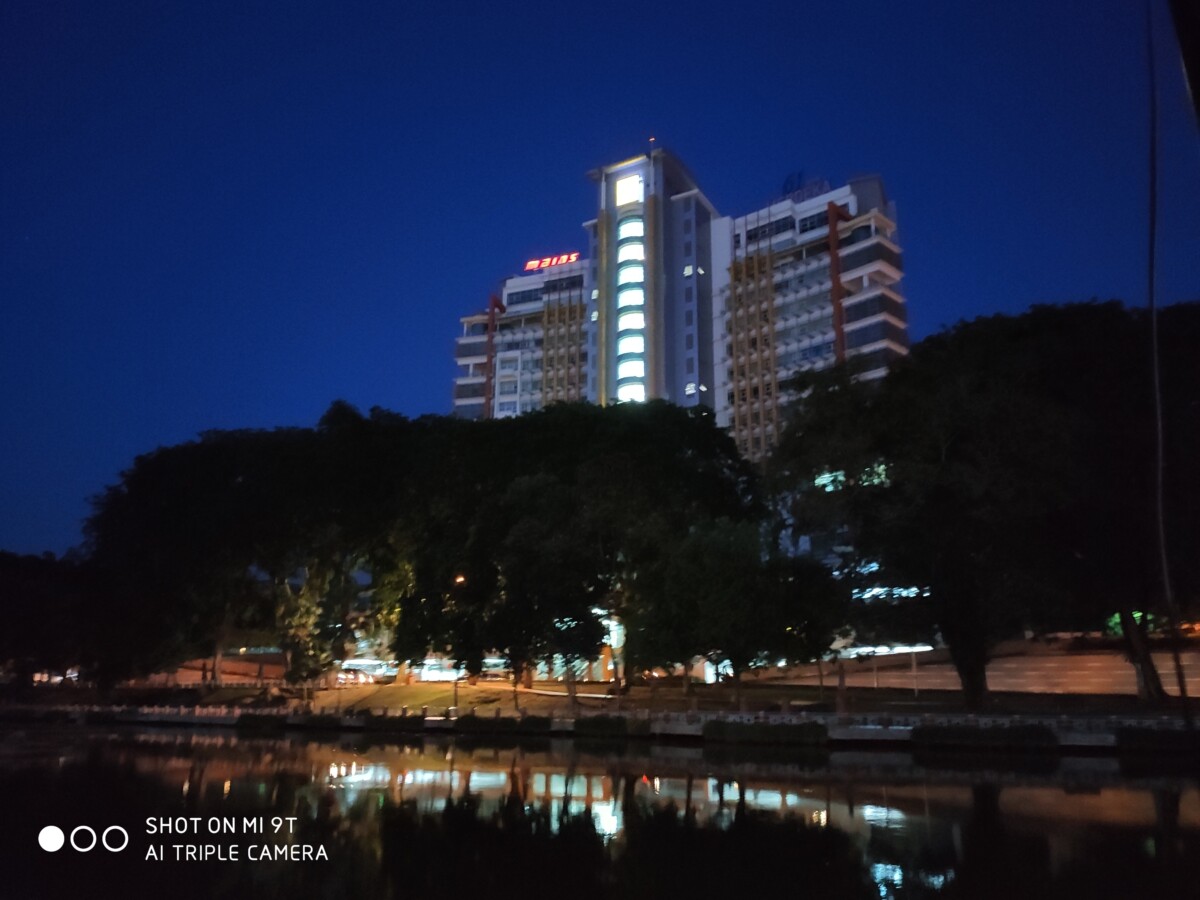 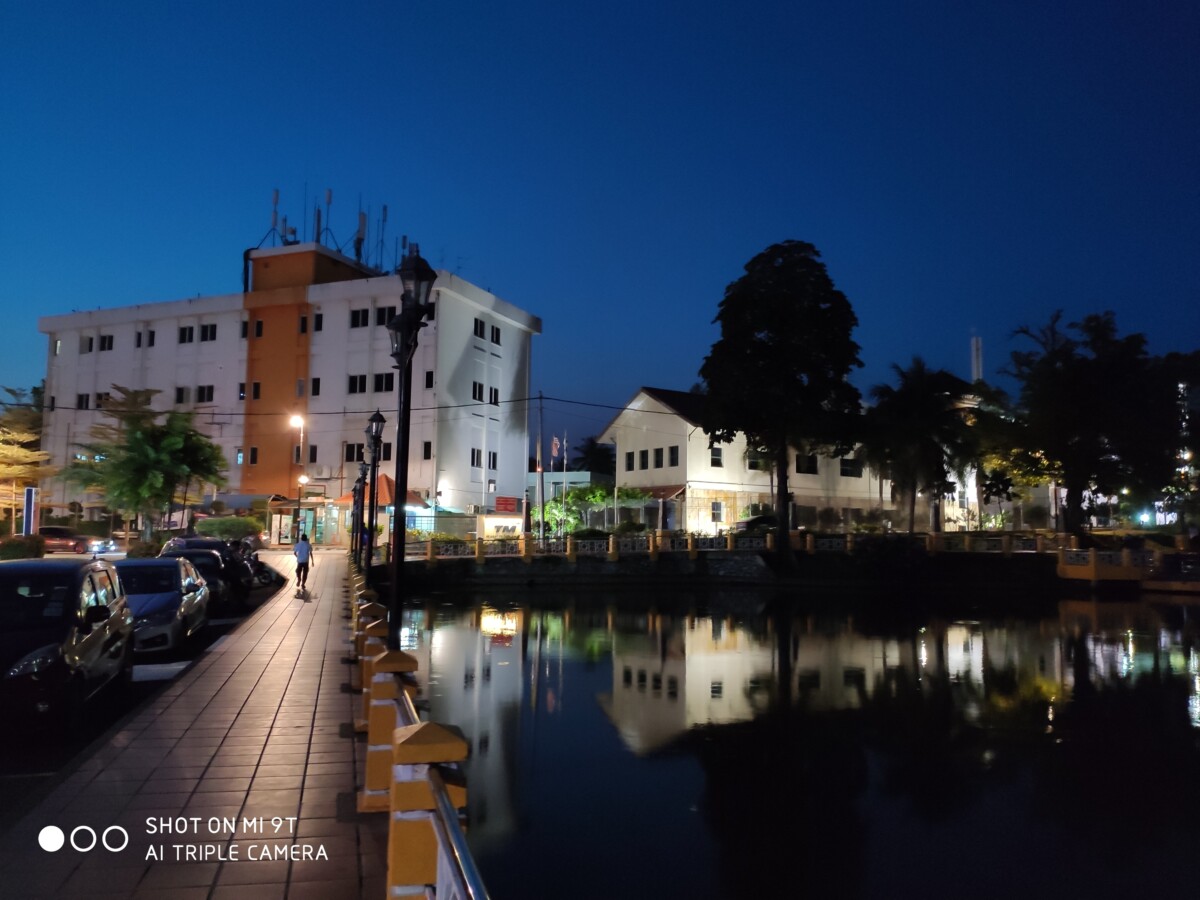 All in, the Mi 9T does its best work in brightly lit conditions but still manages a fair showing under low light. Add in its 2X optical zoom and fairly decent performance across the board and you have a pretty darned good workhorse snapper. At this price point, we’re not one to quibble.

The Mi 9T has a 4,000 battery with 18W Quick Charge support and is able to last a full day’s worth of use on account of the large size of the battery and the efficiency of the Mi 9T’s Snapdragon 730 processor. Even with heavy use where we had a combination of data and WiFi on all day, several hours worth of Netflix binging of Star Trek: Discovery, liberal matches of PUBG and constant use of social and media and text messaging, there was more than enough juice to make it on the commute home. From a completely dry battery, the Mi 9T and its bundled 18W Quick Charge charger was able to charge it to about 50% in the space of 40 minutes or so and about an hour and 20 minutes or so to juice it to maximum. 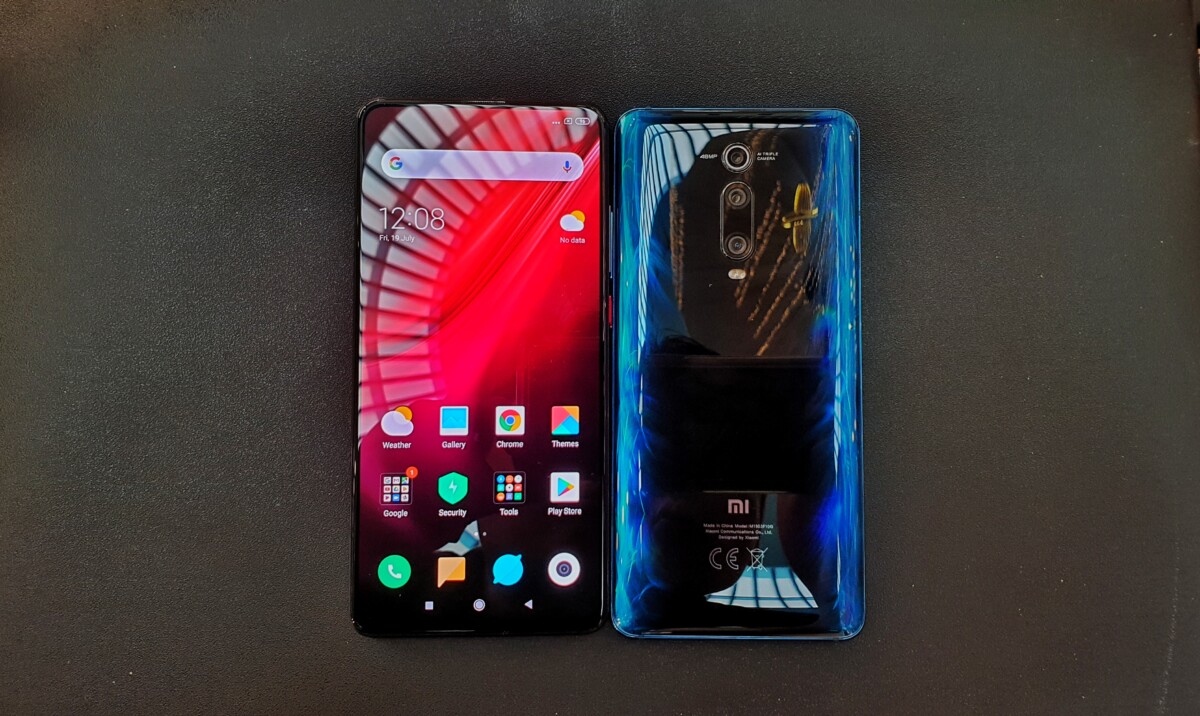 Taken as a whole, Xiaomi’s Mi 9T sets a new bar when it comes to value as it brings to the table a notchless vibrant AMOLED display with an under-display fingerprint reader, a fairly solid set of specifications, a decent triple rear camera setup with 2x optical zoom no less and great battery life, all wrapped in a rather premium looking chassis for just RM1,199. Shell out a bit more and you get the 128GB storage version if you need the extra space. If you’re looking for a decent do-it-all and can live with the non-expandable storage, the Mi 9T is an easy recommendation.

What we liked Decent rear cameras, notchless and vibrant AMOLED display, still has a 3.5mm jack, good performance to price ratio
What we didn’t Non expandable storage, mono speaker
We Say  If you can live with the the lack of expandable storage, the Xiaomi Mi 9T represents exceptional value and offers an excellent AMOLED display, a decent set of rear cameras and snappy performance for what you pay for.