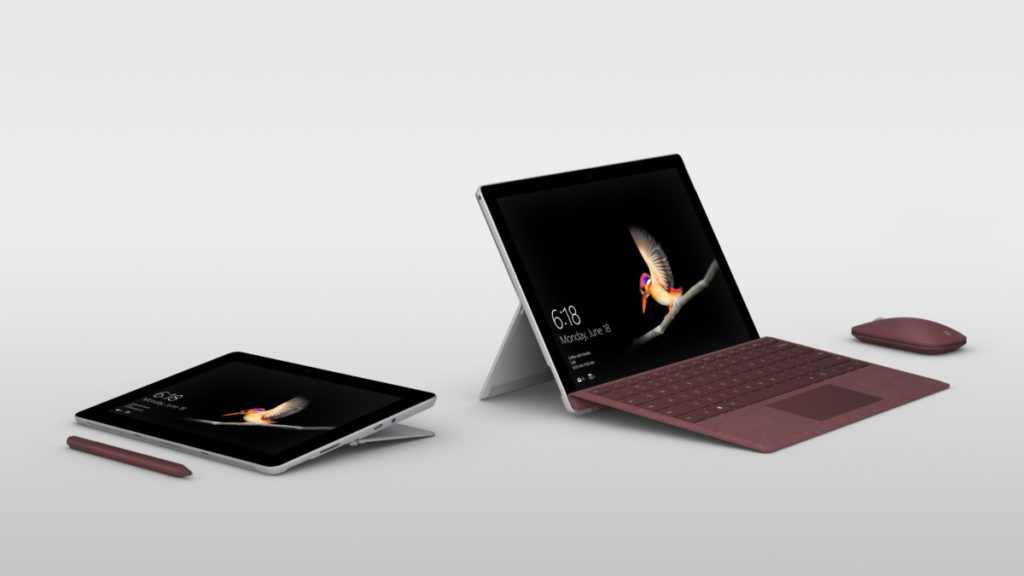 Microsoft’s Surface series of productivity slates aren’t exactly the most affordable options for road warriors on a budget but their latest addition to the line dubbed the Surface Go may just be a winner as the brand has espoused that it is technically their cheapest and lightest slate yet.

The Surface Go has a similar form factor to the conventional Surface – figure in a multi-angle rear kickstand and a magnetically attachable keyboard though sized to a smaller 10-inch display while also being lighter in the bargain as it weighs 500g or so. 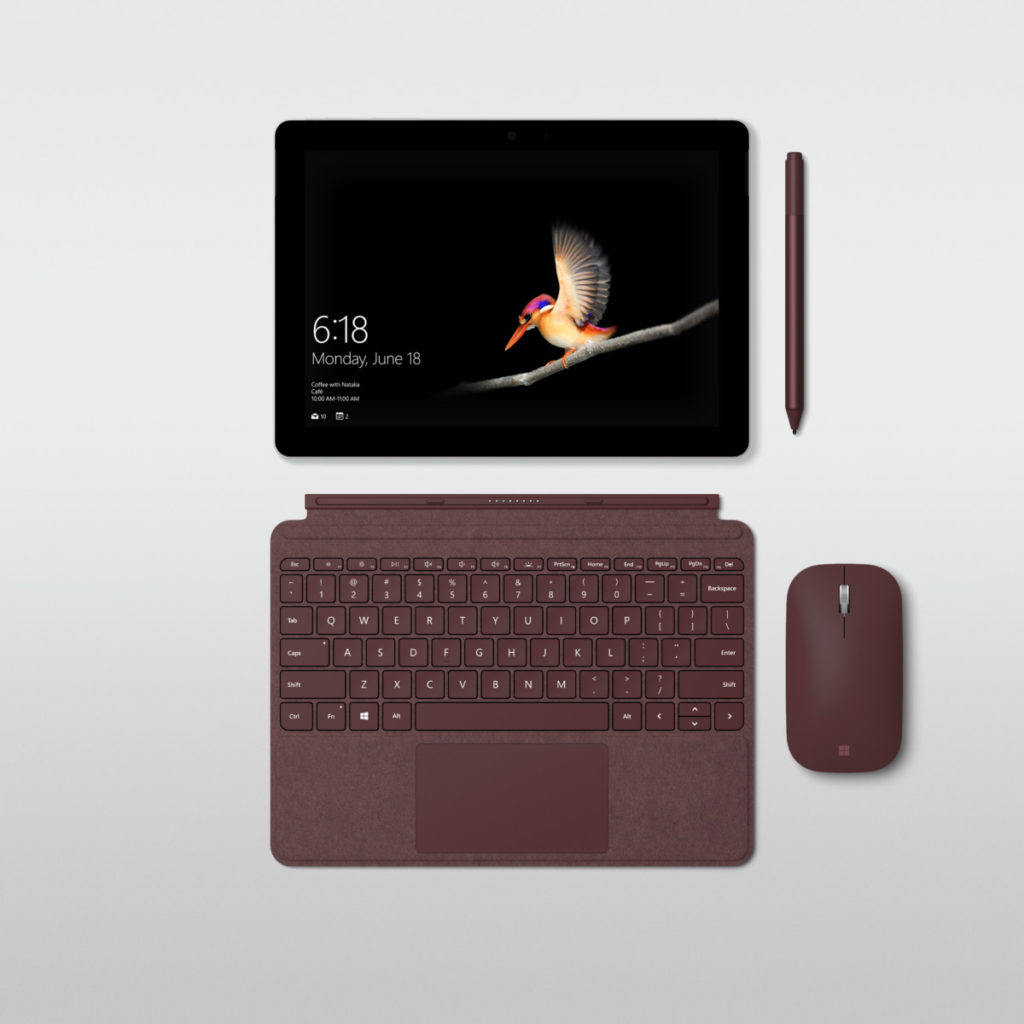 The Surface Go’s 10-inch PixelSense touchscreen display has a 3:2 aspect ratio and 1,800 x 1,200 pixel resolution, runs Windows 10 on an Intel Pentium Gold 4415Y processor paired with Intel HD Graphics and has either 4GB or 8GB RAM and either a 64GB eMMC or 128GB SSD depending on how deep your pockets go. Charging duties are taken up by a USB Type-C port and it also retains a headphone jack as well as Microsoft’s Windows Hello biometrics security. Battery life is slated at about 9 hours of use in the field.

Seeing as this is a Surface, it also has the option of being kitted out with a stylus, a mouse and a keyboard too though there’s no word on if it will ship with the Surface Go though odds are good that there’ll be bundles that pack them together. There is also no confirmation on local pricing but the lowest configuration with 4GB RAM and 64GB eMMC storage was slated to retail for US$400 in the States, which is about RM1,611 sans keyboard with an LTE version on the cards.

The keyboard itself comes in either plastic or a plush soft-felt Alcantara finish for about US$100 and US$130 respectively(about RM400 and RM523) which jacks up the price of even the stock variant to just under two grand. Preorders for Malaysia start this coming 2 August. For more details swing by https://www.microsoft.com/en-my/