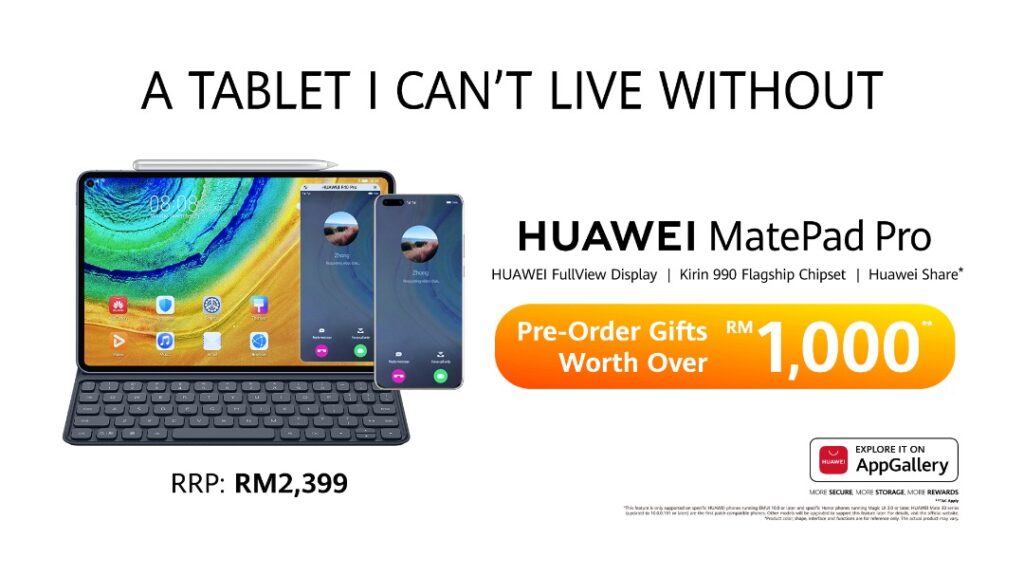 Huawei’s latest tablet, dubbed the MatePad Pro has just debuted in Malaysia after its global announcement with preorders starting tomorrow on 3rd April and an official price tag of RM2,399 though Huawei will be throwing in over RM1,000 of free gifts to sweeten the pot. 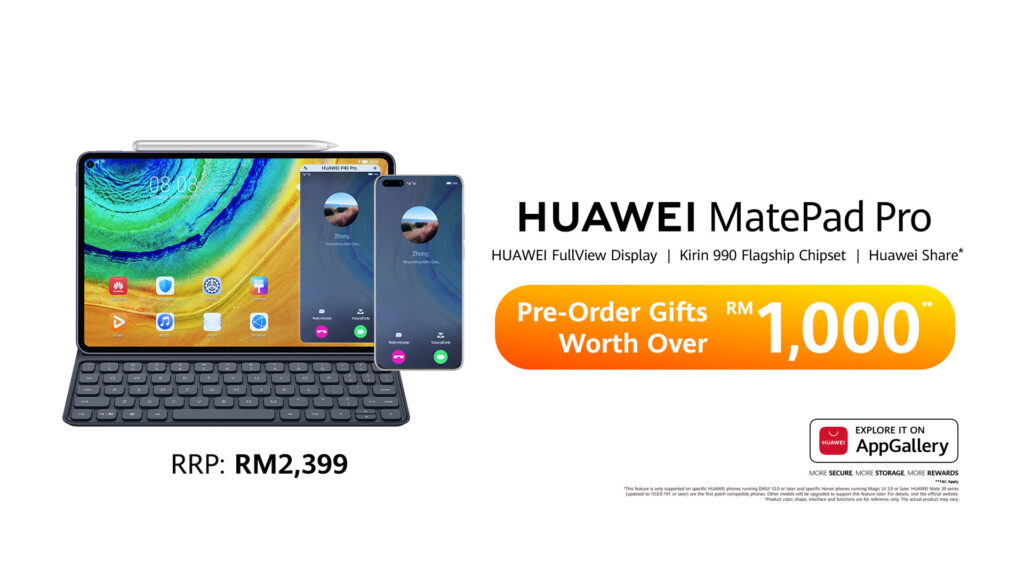 The Huawei MatePad Pro is certainly one of the most anticipated tablets to have arrived in ages as it combines some impressive technological firsts from Huawei. For starters, the slate sports a 10.8-inch WQXGA touchscreen with a 2,560 x 1,600 pixel resolution display up front with surprisingly 4.9mm thin bezels all around complemented by four Harman Kardon tuned speakers at each corner to serve up some serious sound.

Powering the MatePad Pro is Huawei’s most powerful processor, the Kirin 990 SoC running Huawei’s EMUI 10 user interface and their own AppGallery for applications. Storage needs are sorted by 256GB of onboard storage along with 8GB of RAM. For Malaysia, they’re shipping in WiFi variant only sans LTE and SIM card port. 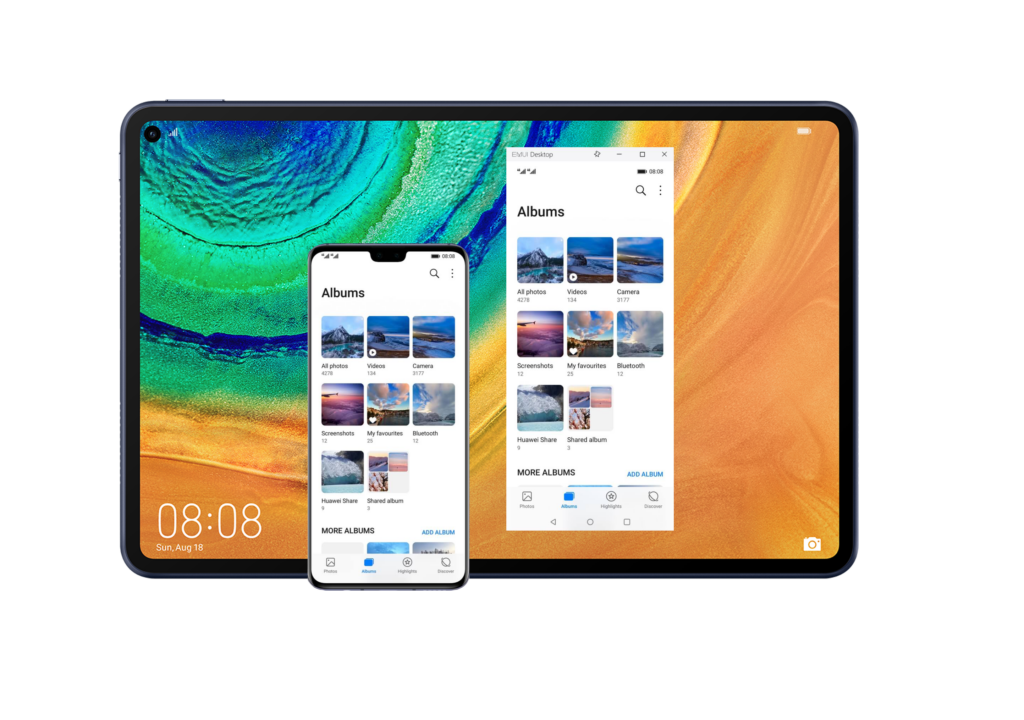 To make it a productivity powerhouse, Huawei’s added in an interesting variety of their own technologies to address common user gripes and needs especially when it comes to using a tablet as a portable productivity device.

They’ve integrated their vaunted Multi-screen collaboration mode that lets you project your phone display onto your tablet touchscreen and allow you to interact with your phone purely from your MatePad Pro for some serious multitasking.

You can also fire up a PC mode that lets you enable a virtual desktop akin to a traditional Windows PC on the MatePad Pro. In tandem with the bundled wireless keyboard case, you’re able to get some serious work done.

Externally, the MatePad Pro comes in your choice of either Midnight Grey or Pearl White and you’re able to select either option when you place your preorder. For a deeper dive into the MatePad Pro, check out our hands-on preview here.

The best part? You can watch it on up to 2 active devices at a time. Better yet, Huawei Malysia is also throwing in an extra month of premium access on account of the ongoing Movement Control Order in Malaysia which means your entertainment needs will be sorted for the next few months. 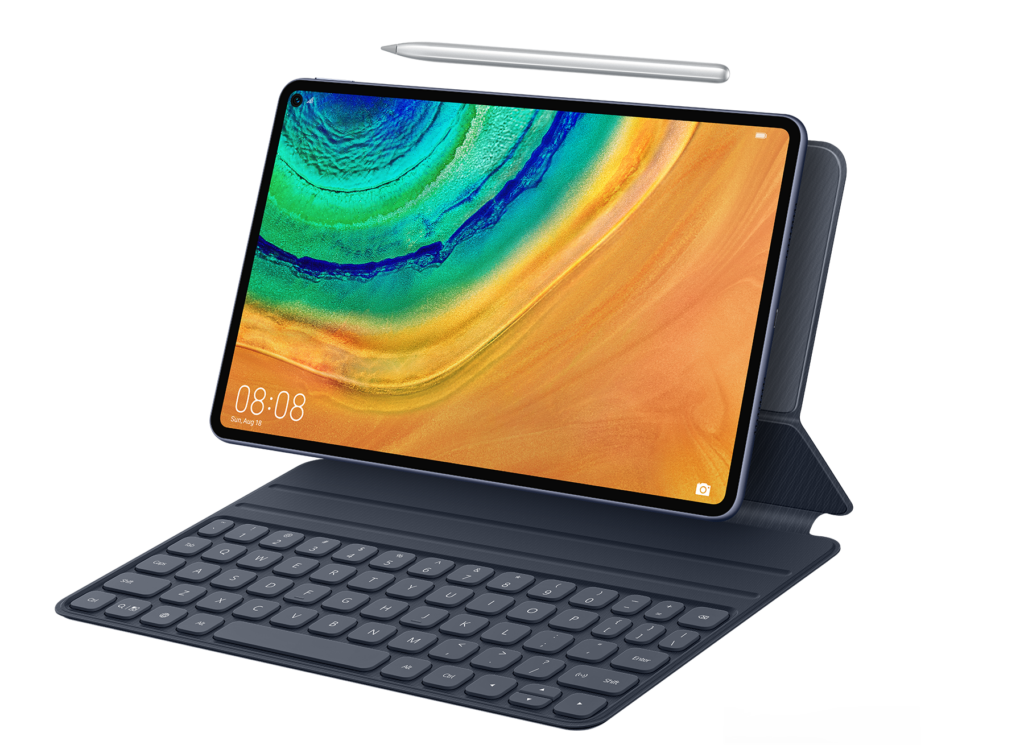 The preorders for the MatePad Pro will end at 11.59PM 10th April which is the stroke before midnight with availability at all Huawei retailers nationwide the next day on 11th April 2020.

Deliveries for those who preordered the MatePad Pro tablet will also begin on the same day on 11th April 2020 but you’ll have the benefit of getting the substantial preorder freebies in the bargain. When you preorder the Huawei MatePad Pro, you’ll get these goodies for free:

To find out more on how to preorder it online, visit Huawei’s official page athttps://shop.huawei.com/my/april2020-new-launches.html

[Addendum: The correct version of the MatePad Pro for Malaysia is the WiFi only version not the LTE version. This has been corrected in the body copy]