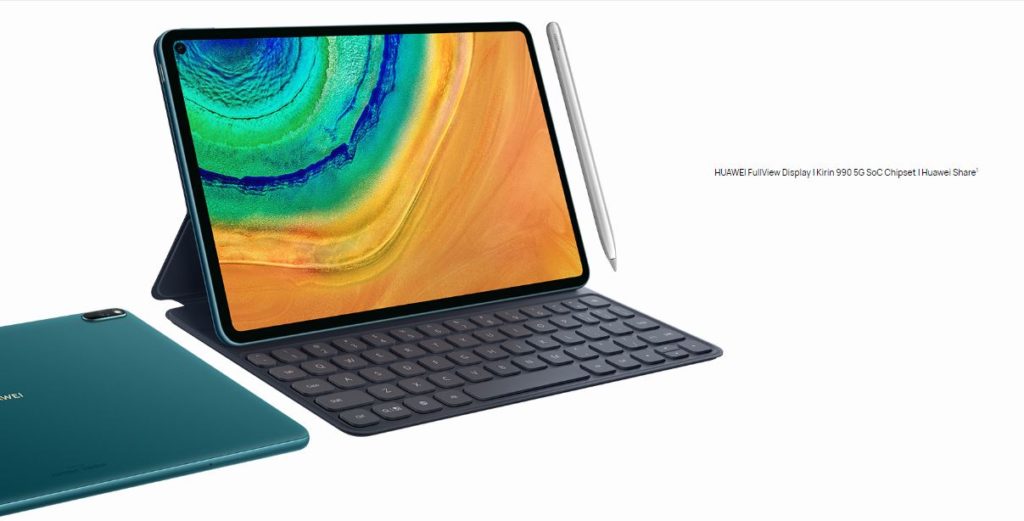 The Huawei MatePad Pro proved to be a powerful 10.8-inch tablet that came with a lusciously vibrant display, the brand’s own EMUI 10.1 user interface built on Android 10 and a range of accessories that make it a bona fide portable work device but it was limited to only WiFi connectivity. If you’ve been on the fence, rejoice as Huawei will be releasing its upgraded sibling the MatePad Pro 5G in Malaysia on 26 June 2020. 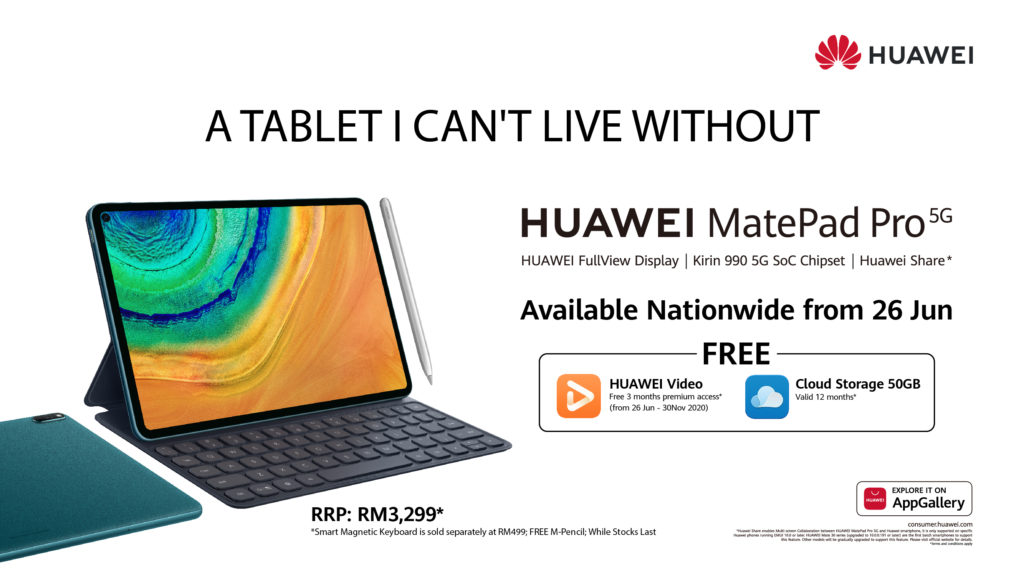 The MatePad Pro 5G is somewhat similar to its sibling the MatePad Pro that was released several weeks ago in terms of specifications but comes with the Kirin 990 5G processor that has slightly beefed up performance with a faster clock speed on several of the cores and an integrated 5G modem that allows for 5G connectivity on the go via a SIM card slot.

The other major difference here is that it sports a very distinctive Forest Green vegan leather finish unlike the smooth polished metal of its more conventional sibling.

The rest of the hardware on the MatePad Pro 5G consists of a 10.8-inch 2K display with a 16:10 aspect ratio and a 90% screen-to-body ratio, 8GB RAM and 256GB of storage that can be expanded via Huawei’s own NM cards.

The integrated 5G modem in the tablet supports both standalone (SA) and non-standalone(NSA) 5G networks so you’re essentially covering most of your bases on the go. Keeping it powered is a 7,250mAh battery with Huawei’s 40W SuperCharge tech as well as 27W wireless charging. Like it’s WiFi-only sibling, the MatePad Pro 5G also has 7.5W reverse charging to charge other gear like their FreeBuds 3 wireless earphones.

Akin to other Huawei devices of recent vintage, the MatePad Pro 5G does not support Google services but instead relies on the Huawei AppGallery for apps.

The othe rkey feature is the use of their own EMUI user interface which has a number of nifty tricks like MeeTime for easy video calls, Screen Sharing for quick collaboration on said video calls and Multi-Screen collaboration too that lets you drag and drop files from your Huawei phones to the tablet and vice versa in an easy fashion.

However, it doesn’t have any bundles that come with the Smart Magnetic keyboard that is identical to the one seen and used with the MatePad Pro but you can purchase it for RM499 with a free M-Pencil stylus worth RM299 thrown in on the house so you’re effectively paying for just RM300 for both the keyboard and stylus.

Now is the best time to plonk down an order as the Huawei AppGallery Carnival that has just started lets you win a host of lucky draw prizes including one of three Proton X 70s. For more details swing by the official Huawei online store at https://shop.huawei.com/my/huawei-carnival.html