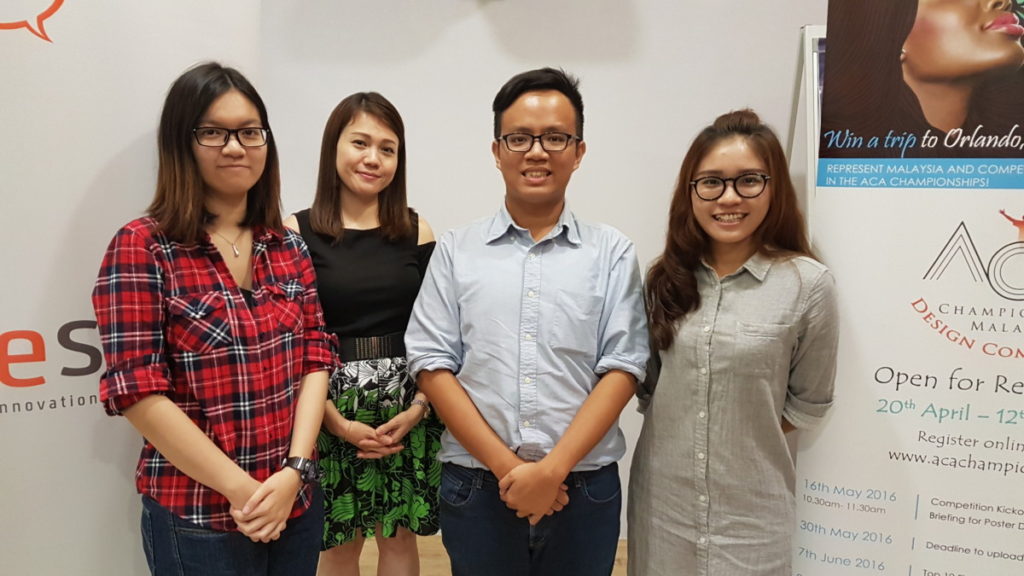 To those who roam the lofty worlds of design and layout, the Adobe Certified Associate (ACA) world championships are the trade equivalent of the Olympics meets an Ironman triathlon. Held in Florida every year, the event is a gruelling, strenuous, almost Herculean series of design tasks that are made to recognise the finest in the field using Adobe Photoshop, InDesign and Illustrator, the veritable holy trinity of design apps that let you fix everything from a model’s waistline from zero to hero all the way to making sure every single letter on a page is perfectly aligned and ready for print. 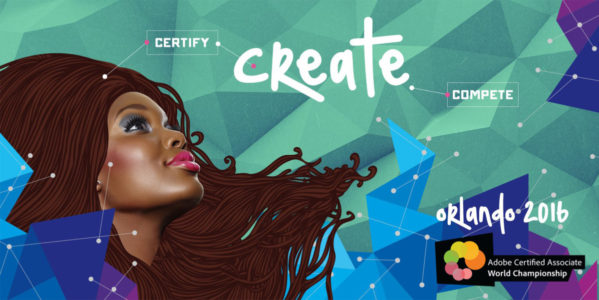 Participants are culled through regional preliminaries so that only one – the best of the best, representing their country makes it to the grand finals  to show their stuff. It’s kind of like the Highlander, except with a stylus and a mouse. This year, the final place of the ‘Gathering’ for the ACA grand final will be, quaintly enough, in Disneyland in Orlando, Florida in August this year.

An example of a prior successful entry from previous contestants to the ACA world finals. At the time of print, the entries for the Malaysian candidates were still under embargo but will be unveiled at the Malaysian finals.

To qualify for the competition, a prospective contestant must be a student between the ages of 13 – 22 and also be an accredited Adobe Certified Associate. Seeing as this is Malaysia’s first time partaking in the competition, the top ten finalists, culled from over thirty schools and over 400 prospective candidates nationwide, have been fast tracked through the ACA programme to gain their accreditation; it’s akin to a bootcamp crossed with a Rocky training montage to make it in time to qualify. Much like real life, participants had less than two weeks to create a poster using existing material after receiving a briefing on the subject. The subject? Oh no biggie, just creating a poster to signify “Ending Poverty Through Empowerment”. Lofty? Yes. Challenging? Definitely.

Judging the entries for Malaysia are a sextet of industry veterans, each with over 15 years of experience from the largest media agencies in Malaysia as well as internationally acclaimed creative art directors. The judgement pronounced on each entry is harsh and unrelenting, based on a host of criteria that include design, skill, visual aesthetics and more. “The grand finals in Florida will see the contestants given a briefing and theme on the spot. It’s a totally different ball game,” says Natalie Sit, the Founder and CEO of Acestar Sdn Bhd, a platinum reseller and partner of Adobe who is sponsoring and hosting the Malaysian leg of the ACA championships as well as sending the Malaysian finalist to Florida to take part in the grand finals.

So far, the entries submitted for the Malaysian leg have been extremely promising. “The judges did not expect that Malaysians can come up with this level of quality with their submissions,” said Natalie. 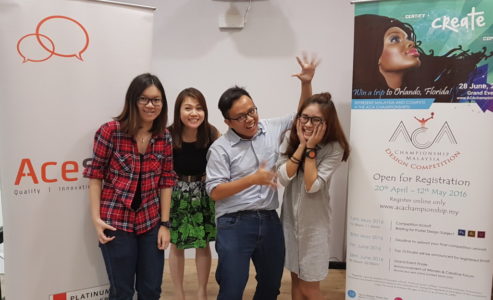 While many of the students joined at the behest of their lecturers or friends, it was clear that they took the competition seriously. Seemingly shy and withdrawn at first, several of the finalists who took part in a short media interview became animated and passionate as they spoke about their craft and their submitted entries. Nikki Yong, a student at Saito College said,”My lecturer persuaded me to join. It took about a week to come up with the concept but once I did it was a smooth journey from there.” Her entry saw her combining an abstract of a hand drawing a graduation cap on a child’s head.”It doesn’t take much resources to draw a picture and education is critical for children. My entry combined both these ideas to encourage free education for children.”

Wong Yeah Jun, a student at Tunku Abdul Rahman University College and one of the ten finalists had a different take on the competition with a bold, strongly themed entry. “I created a unique concept by showing a little girl on a rubbish strewn beach and cropped an image of a bucket on her head and created a strong message by showing that with good education, she could have a better standard of life.” This wasn’t her first try though. Two earlier submissions were rejected by her course lecturers and it took a radical rethink before she came up with the present concept.

Another finalist aimed to go one better as he shared his vision. Nicholas Ng, another finalist from Tunku Abdul Rahman University College said,”I wanted to try a new illustration style so I went for an isometric illustration and used the shape of an island to guide a conversation of the viewer of how education can lift people from poverty.

While it sounds like a mere qualification amongst many, the ACA performs another important task – it’s the equivalent of a Centurion black credit card in the trade,  a recognition of a graduate’s skill and mastery of Adobe’s software suite that goes above and beyond their academic qualifications and ensuring that they’re eminently hireable by prospective employers. “While the reputation of a student’s alma mater is important, the Adobe Certified Associate (ACA) programme is internationally recognised and held to global standards which will hold a graduate in good stead wherever they go in the industry,” said Natalie.