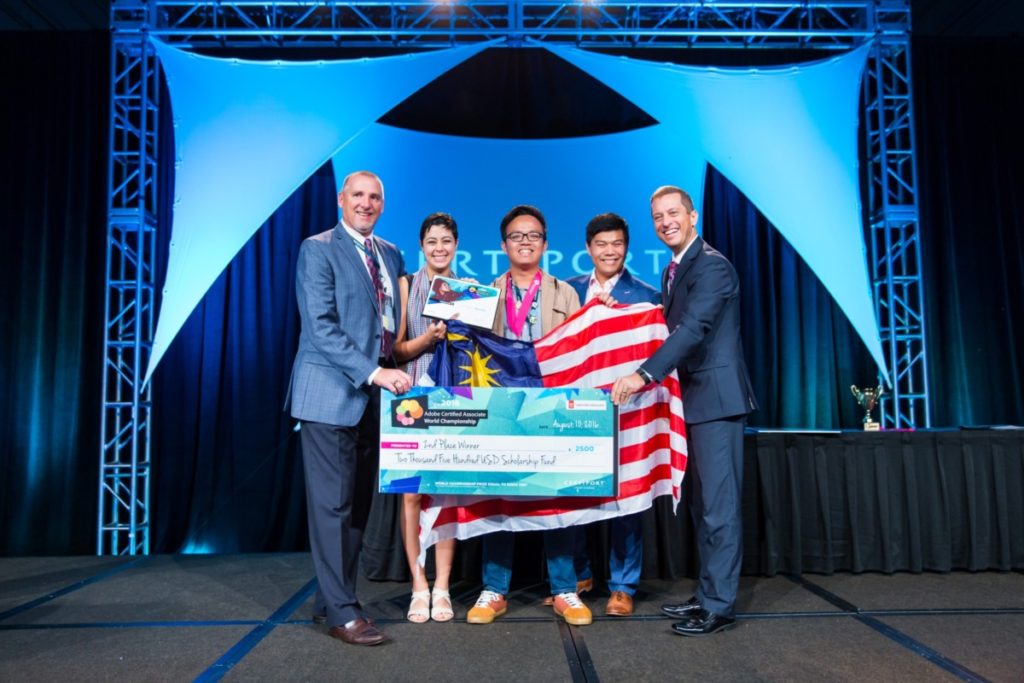 Malaysia scored another win in a different arena this time as one Ng Haw Ee, a student at Tunku Abdul Rahman College took on all comers at the 2016 Adobe Certified Associate (ACA) World Championships in Orlando, Florida and emerged with a silver medal; this means he essentially thumped 230,000 competitors across the globe. The  lad was awarded a US$2,500 scholarship, a medal, a certificate and, of course, an Adobe Creative Cloud software subscription to commemorate his victory.

The ACA World Championships have been held since 2012 and are the equivalent of an Ironman triathlon that sees students across the planet going through a gruelling gauntlet that tests their mastery of Adobe Photoshop, Illustrator and InDesign. Only the best from each country get to participate in the finals and Haw Ee’s entry was chosen from over 400 national level submissions earlier this year. The grand winner of the 2016 championships was one Lourdes Gimena Anquiano Bermudez from Mexico. To see the winning entries, saunter on over here. For more official news on Adobe and their suite of products swing by here.