If you’re planning on how to keep your kids both educated and entertained during the coming school holidays, you’ll be inestimably glad to know that you can nail two birds with one stone as Hi-5, one of Australia’s hottest TV and musical groups is returning to Malaysia.

The quintet of entertainers – Mary, Dayen, Lachie, Chris and Tanika – will return to thrill and entertain familes with a high-flying adventure in their Hi-5 Fairytale adventure show that will take place at the Istana Budaya, Kuala Lumpur  in December. Just like the children’s television show that has wowed kids Down Under as well as the world over for yonks, the show will have Chatterbox the Hi-5 puppet narrating what’s happening onstage while the quintet go on a trip to magical lands with knights, princesses and er, dancing dinosaurs. It’s not purely a kids-only excursion as there’ll be singalong sessions so that parents and kids alike can partake in the fun and magic of the show together with the cast.

For the uninitiated, the Hi-5 Fairytale show is based on the Hi-5 TV show that was launched in Australia in 1998 which has seen over 610 half-hour episodes released with a second television series coming along the way later this year. 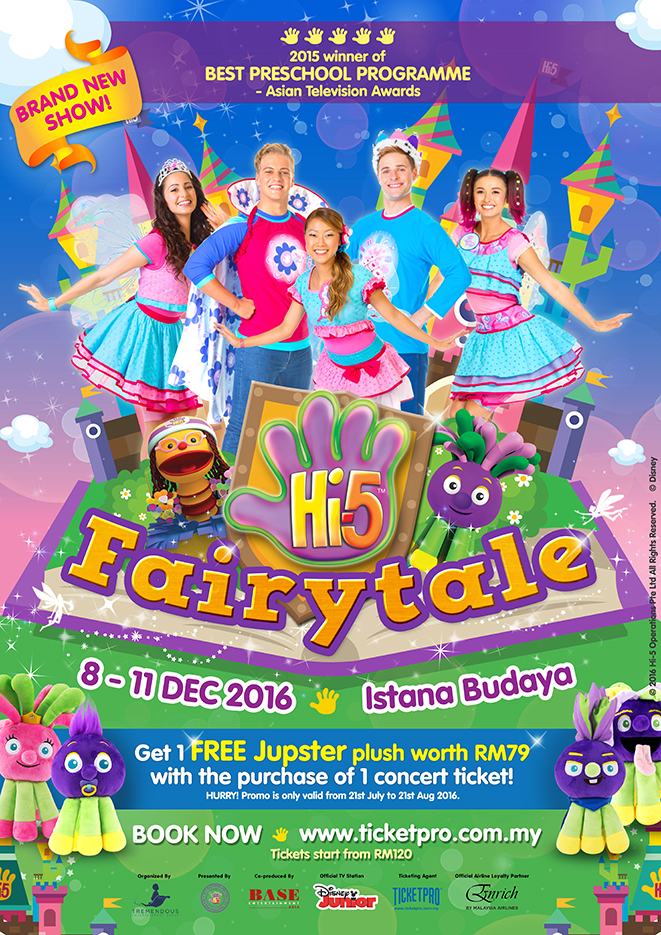