Here’s an interesting fact – each and every generation of Galaxy series phones has its own unique ringtone based on the basis Samsung ‘Over the Horizon‘ theme. From the Galaxy S2 all the way to the upcoming Galaxy S10 that is slated to appear in a matter of days, each and every phone brings to the party a distinctive tune unique unto its generation. The upcoming Galaxy S10 ringtone is no different and it is so far the classiest sounding yet.

This time around in line with the Galaxy series’ 10th anniversary, Samsung has crafted an ‘Over the Horizon’ ringtone for the Galaxy S10 inspired by the beauty and majesty of the sea. Arranged by Academy Award-winning composer Steven Price and performed by the Philharmonia Orchestra at London’s famous Abbey Road studios where the Beatles once practiced their craft, the new ‘Over the Horizon’ track for the Galaxy S10 is so far the most impressive ringtone composed by the brand and for their leading flagship phone no less.

The ringtone starts off in a tranquil, almost languid manner and then builds it up with strings and woodwinds with a helping of synthesiser here and there to build up to a crescendo and the familiar ‘Over the Horizon’ leitmotiv.

Tied to this is a more important message of ocean conservation with the global debut of the ringtone tying in with a moving and powerful video filmed off Sipadan Island with conservationist Ai Futaki and filmed by nature filmmakers James Brickell and Simon Enderby showcasing the rich marine life inhabiting the briny depths. 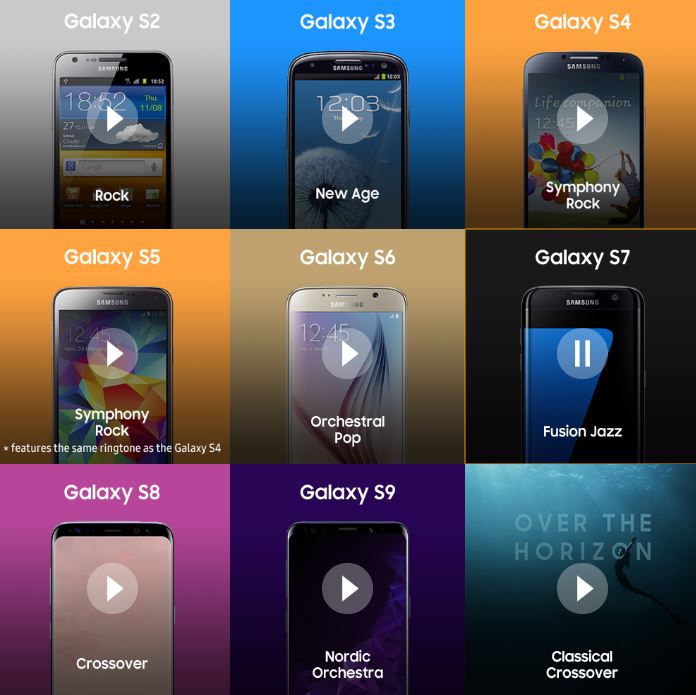 You can sample the Galaxy S10 ringtone below and download it here. You can even walk down memory lane and sample all of the Galaxy series ringtones from the Galaxy S2 onwards all the way to the recent Galaxy S9 series too at their official newsroom site here.