The improved second generation variant of the Rolly Keyboard 2 is coming to Malaysia. 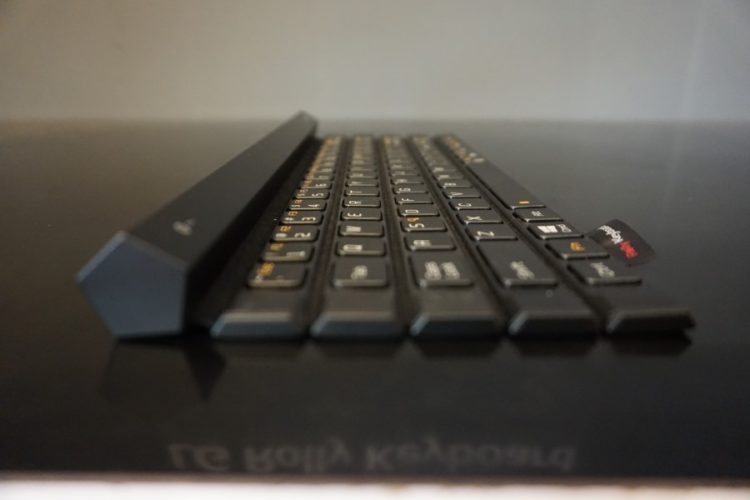 The Rolly Keyboard 2 is, as you’d likely surmise from its designation the second generation improved version of LG’s compact roll-up keyboard that, when packed up, is about the thickness of a pentagonal-shaped magazine the length of a chopstick and unfurls back again into a keyboard. In terms of improvements, the second gen comes with an additional row of keys – five over the first gen’s four and is able to connect via Bluetooth with up to three devices as opposed to the first gen’s mere two. 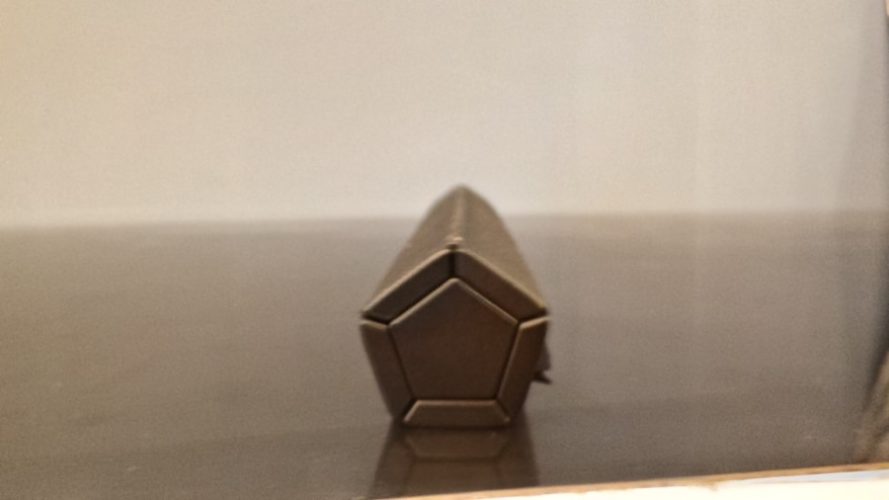 The Rolly 2 has five rows of keys that also include a direction pad and an upper row of function keys. The back has a pair of fold-out prongs that let you prop up a phone or tablet and the whole affair is powered by a single AAA battery. 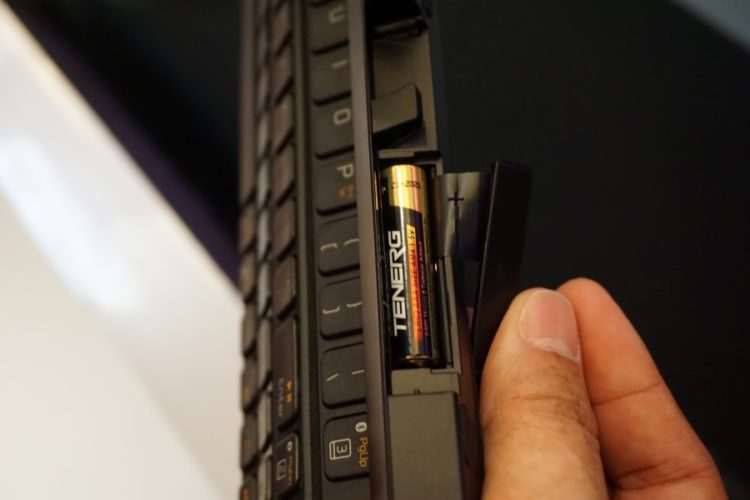 If you’re a road warrior, this is about as compact as it gets and it works with all platforms be it Android, iOS or Windows. According to an LG rep, it will arrive in the market sometime in June and retail for about RM500 though pricing may vary at launch. 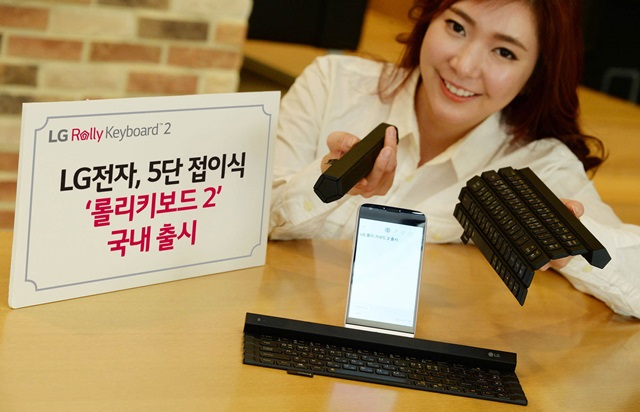 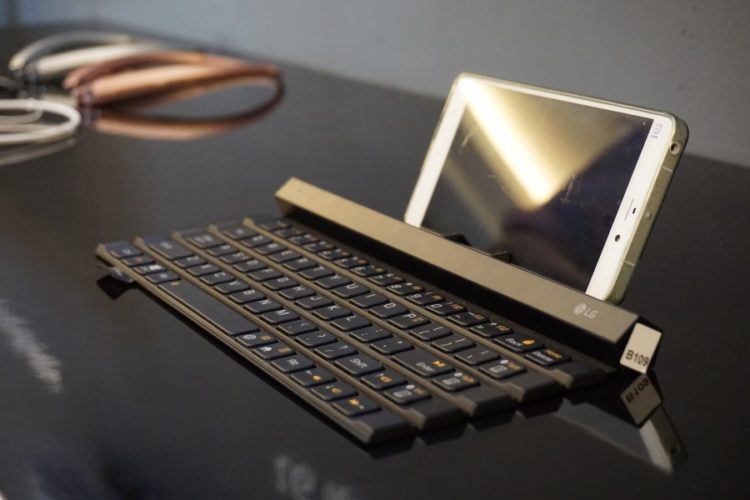 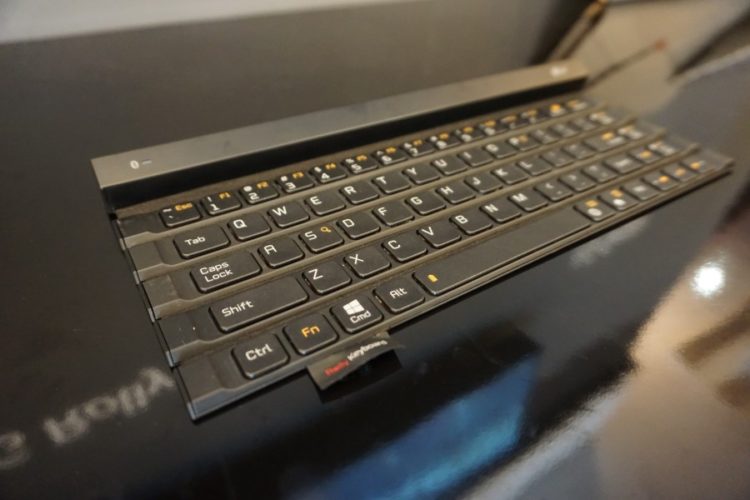