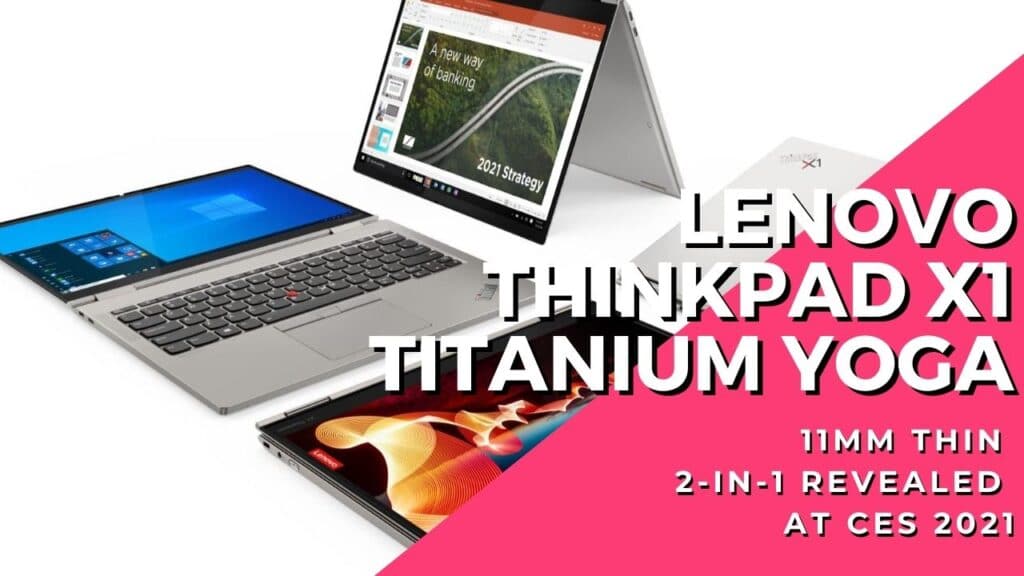 Lenovo is one of the most prominent exhibitors at CES 2021 and they’ve customarily showcased some of their most innovative offerings at the show.

Even though CES 2021 is virtual for the most part, they haven’t lost their touch and they unveiled a host of offerings across the range with their ThinkPad X1 Titanium Yoga taking the lead. In fact, it’s so outstanding that it’s slated for arrival to Malaysia though exact dates we not provided at time of writing.

What is the Lenovo ThinkPad X1 Titanium Yoga

As you’d likely surmise, it achieves this level of slimness on account of a chassis hewn from titanium alloy which is both thin, light and durable too, allowing the ThinkPad X1 Titanium Yoga to weigh just 1.2kg. Other mod-cons include 5G support. The fact they’ve managed to do this while retaining double-hinges that let it swap from laptop to display to tablet on demand makes it quite a feat of engineering indeed.

Joining the ThinkPad X1 Titanium Yoga is the ThinkPad X12 detachable which comes with a removable keyboard so it can double up as a 12.3-inch tablet on demand that’s also 5G capable. All of these new devices run on Intel’s latest 11th gen processors and also pack Intel Evo certification that ensures excellent battery life, fast start-up times and real-world performance.