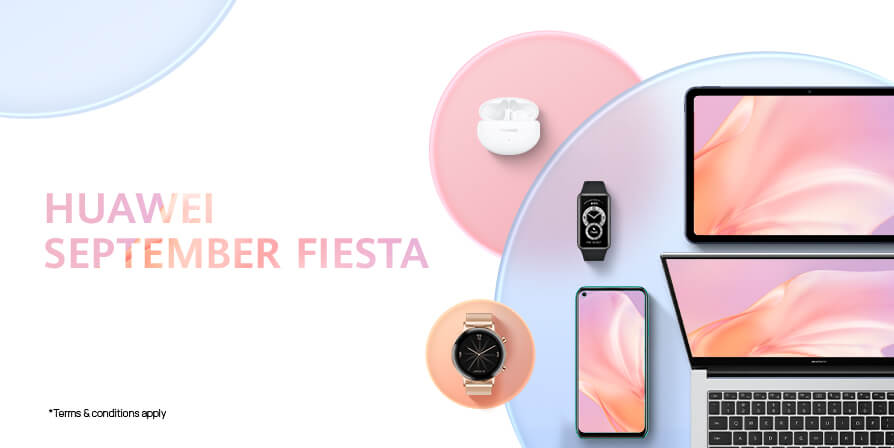 Everyone loves a bargain and the Huawei September Fiesta that will take place this 9th September 2021 will offer crazy good bargains on 9 of Huawei’s best offerings along with specials on a host of other gear from smartwatches to tablets and more.

Depending on what you’re buying, you’re able to acquire some superb deals with tablets, laptops and more at up to 75% discounted prices during the Huawei September Fiesta for their best gear while stocks last. 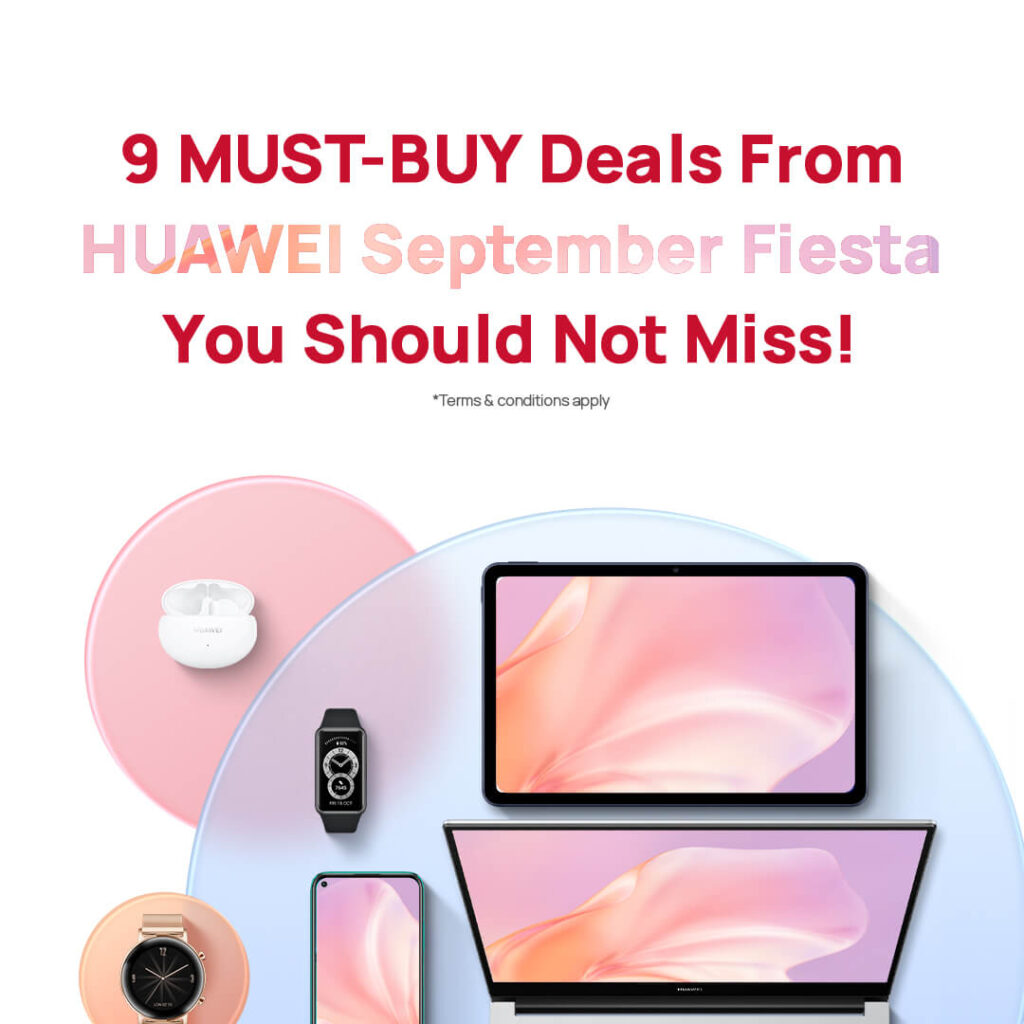 The MatePad T10 tablet comes with a 9.7-inch HD display, an octacore processor running EMUI, 2GB RAM and 32GB of storage, WiFi 5 connectivity, stereo speakers as well as comprehensive parental controls, making it ideally suited for younger users. While it originally retails for RM799, the MatePad T10 in Deep Sea Blue can be acquired for just RM499 which is a deep RM300 discount. 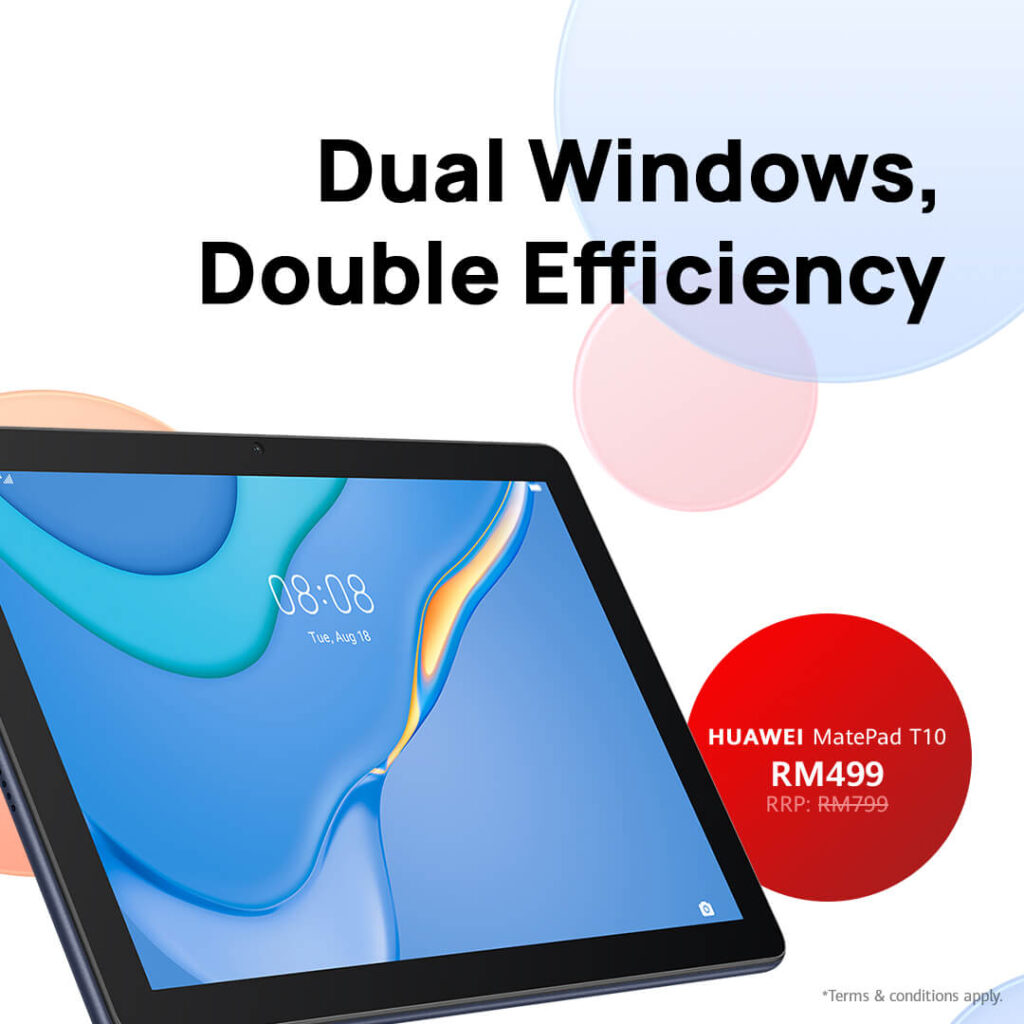 This stylish smartwatch features sleep and heart rate monitoring as well as a core of preinstalled workouts that feature voice guidance too for effective results. Add in two weeks worth of battery life and you have a stylish companion indeed. At its original price, the GT 2e retails for RM449 but the Huawei September Fiesta offers it at a tempting RM399. 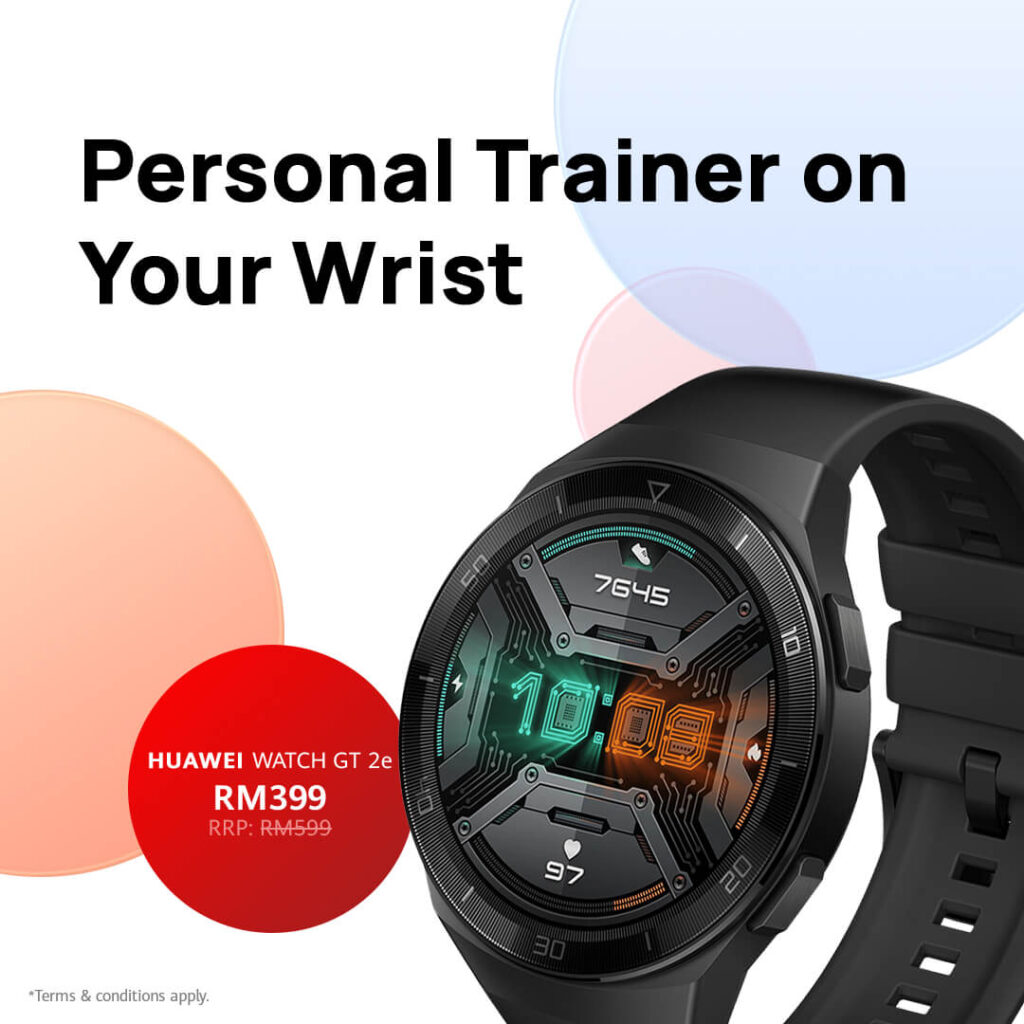 Fitness enthusiasts will appreciate this simple yet effective fitness band. The Huawei Band 6 features up to 96 trackable exercise modes, tracks your heart rate via their TruSeen 4.0 heart rate tech, Sp02 tracking and up to 2 weeks of battery life with a fast charger offering 2 days of use with a mere 5 minute charge. The provided 1.47-inch AMOLED Fullview display offers excellent clarity and the RM189 Huawei September Fiesta price for the Huawei Band 6 makes it a very tempting buy! 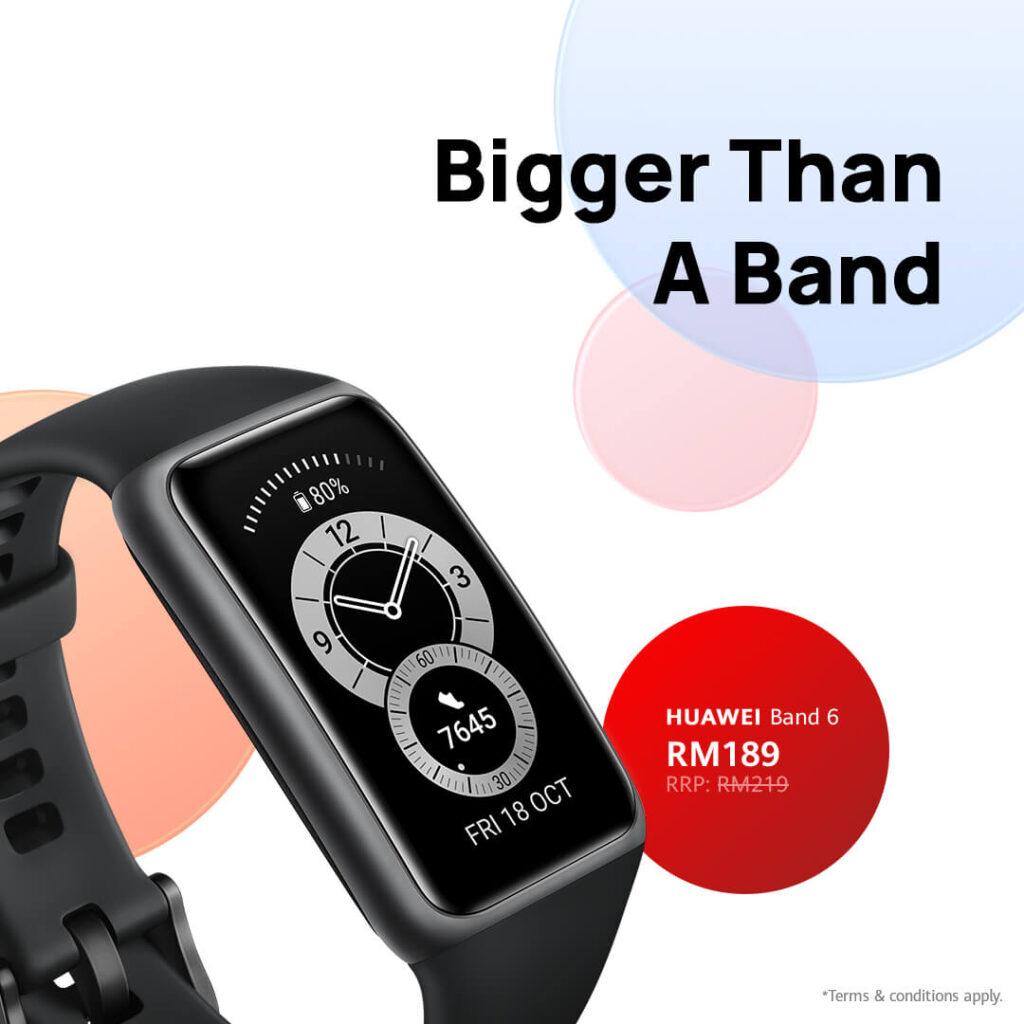 Wireless earbuds have become de rigueur in the new normal for work and play seeing as we’re living in much closer proximity with each other for extended periods of time. The Huawei FreeBuds 4i features 10 hours of music playback time via 10mm dynamic speakers in each earbud.enhanced with active noise cancellation. For the Huawei September Fiesta, the FreeBuds 4i are available at a low RM249 discount which makes it an easy addition to your shopping cart. 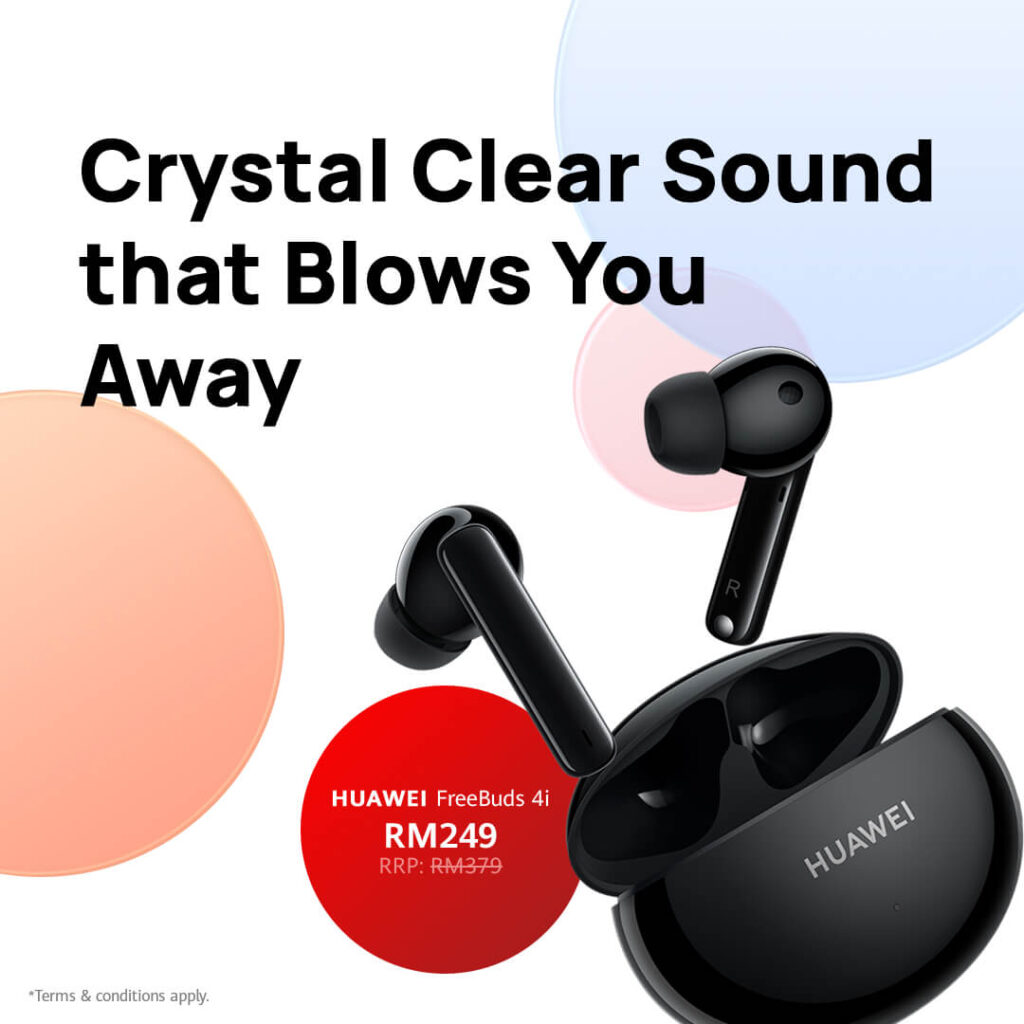 This LTE capable tablet allows you to work away from a WiFi connection and features a substantial ensemble for what you pay for. The MatePad 10.4 LTE features 7.9mm thin bezels to offer up a 10.4-inch Fullview display, 4GB RAM, 64GB of expandable storage and quad speakers for richer, deeper sound. It also features an optional M-Pencil and Smart Magnetic Keyboard case that substantially adds to its versatility. You can check out our review of the WiFi capable version which is otherwise identical save for the omission of 4G here. For the Huawei September Fiesta, the slate is available for RM1,099 versus its original price point of RM1,399. 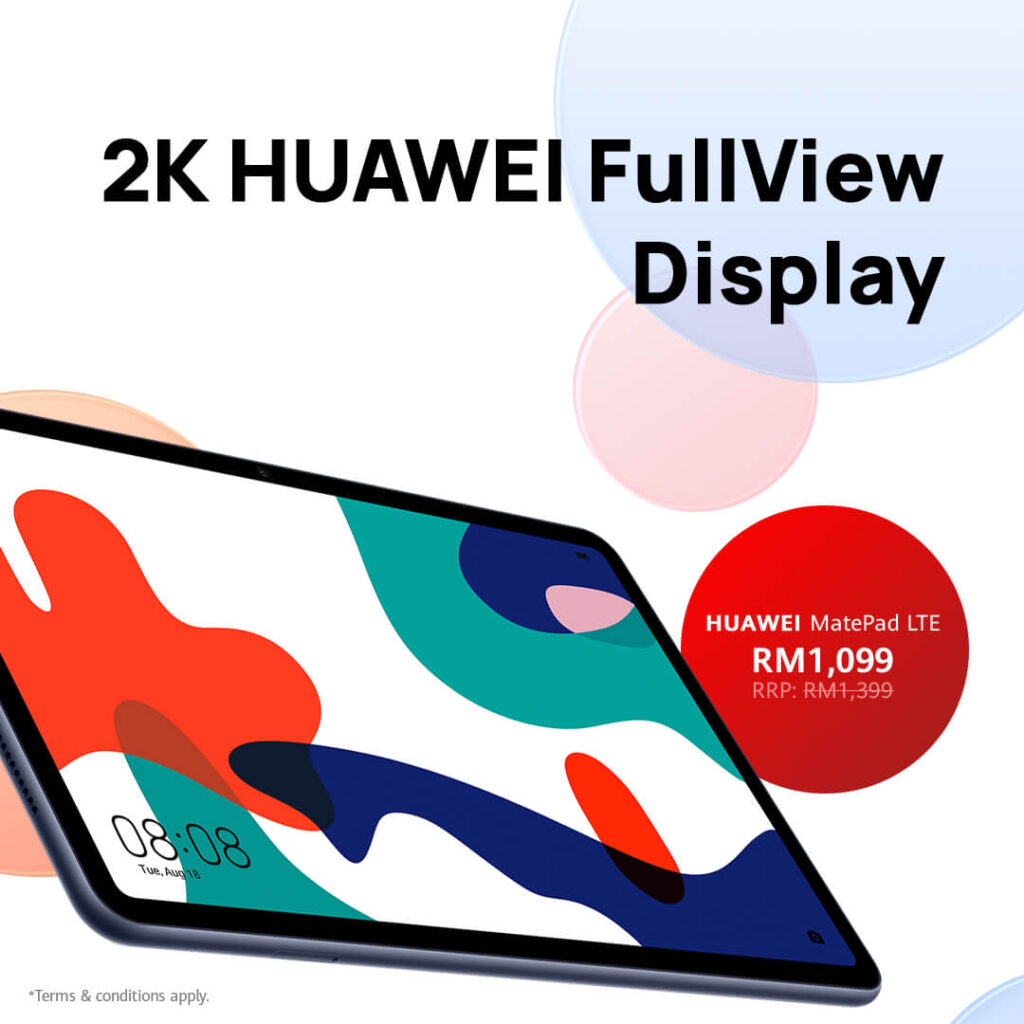 The Huawei nova 7i packs a 6.4-inch FHD+ display with a punch hole for the front facing 16MP selfie camera, a Kirin 810 processor running EMUI, 8GB RAM, 128GB storage, a rear quad camera with (48MP+8MP ultra wide +2MP macro + 2MP bokeh). Keeping it powered is a 4,200mAh battery. While it originally costs RM899, the nova 7i will retail for RM799 for the Huawei September Fiesta. 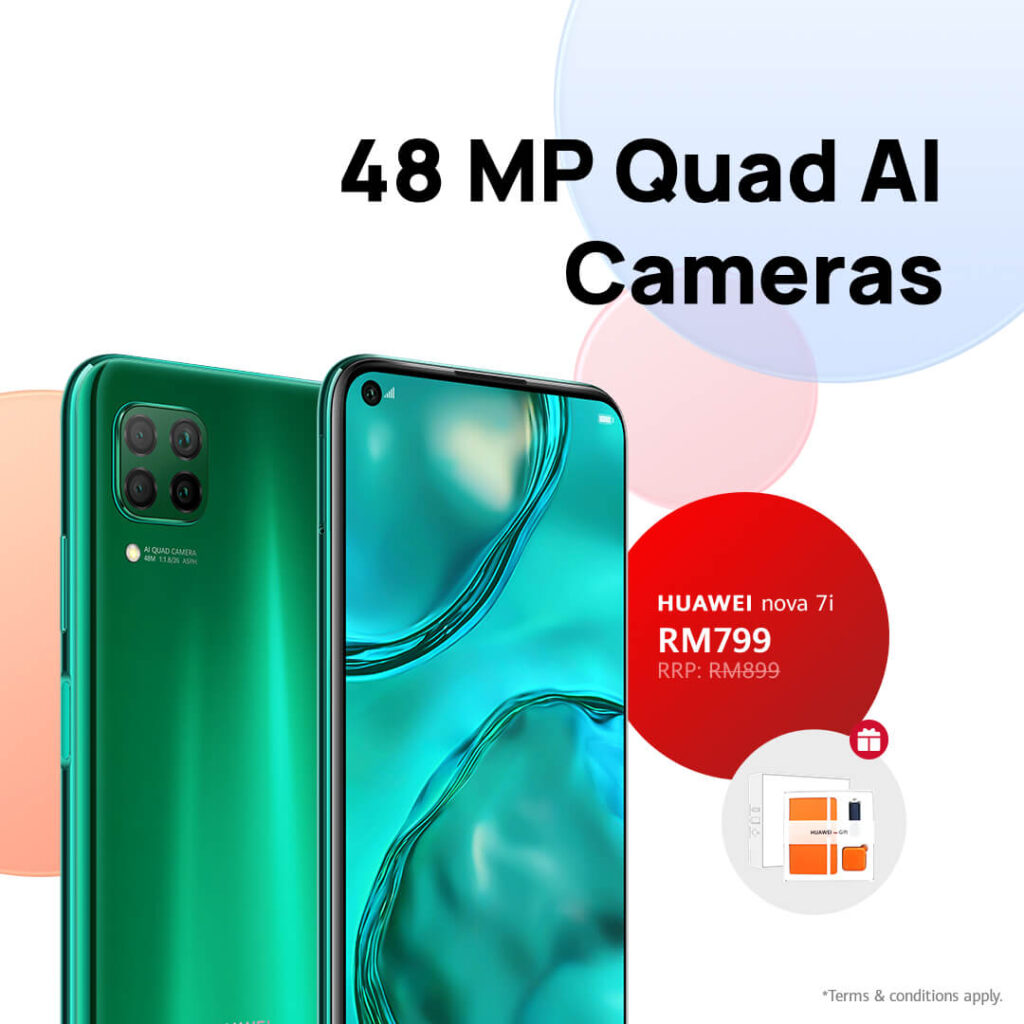 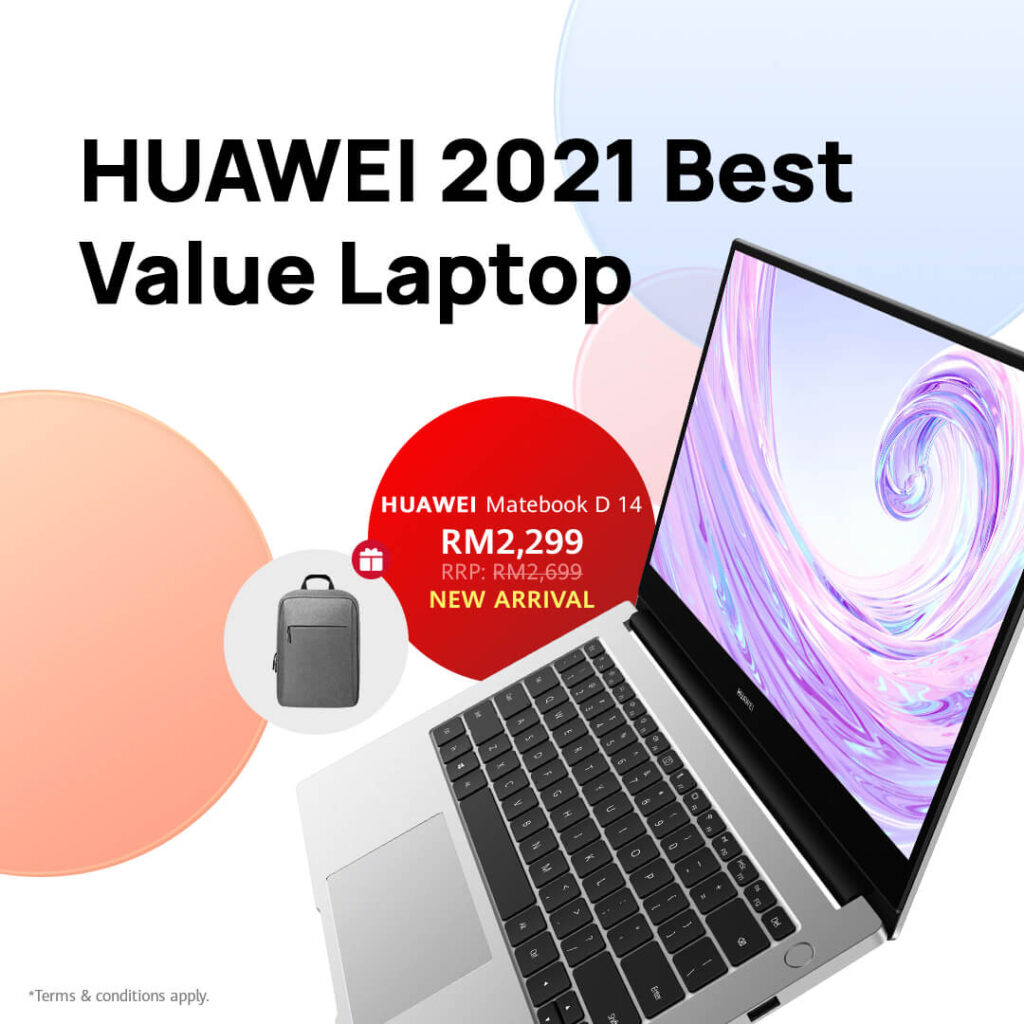 The Huawei Watch GT 2 blends a stylish design with long battery life measuring in at up to 2 weeks on a single charge. Running on a Kirin A1 processor, the Watch GT 2 has their TruSeen 3.5 tech to accurately measure your heart rate while supporting sleep tracking, Bluetooth calling, accurate GPS tracking for hikes outdoors along with comprehensive fitness tracking too. Every purchase of the Watch GT 2 at RM559 also gets you a free flask bottle too for the duration of the Huawei September Fiesta. 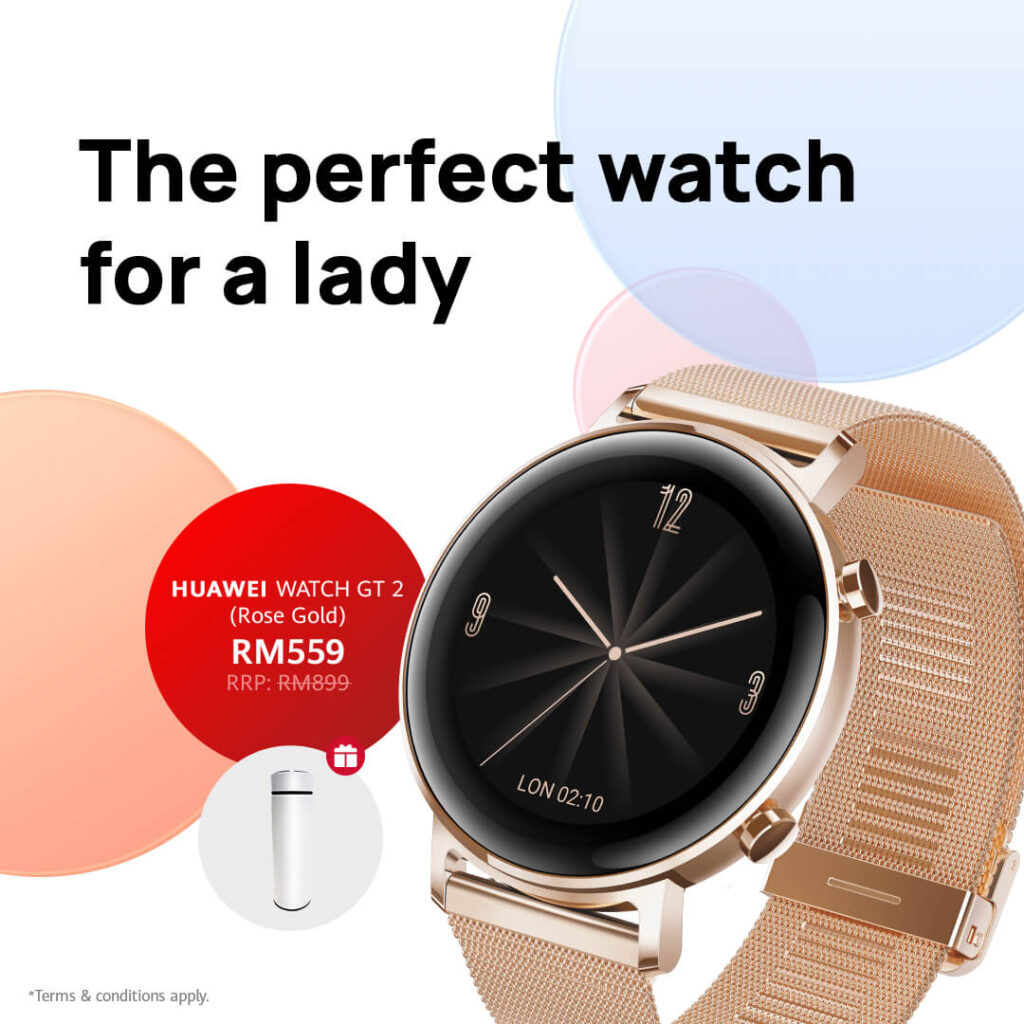 The rear quad camera is among Huawei’s most sophisticated setups with a 50MP F/1.9 OIS-stabilised Ultra Vision camera, a 40MP F/1.8 Cine Camera, a 12MP telephoto camera with OIS and a 3D depth sensing camera to capture smooth 4k@60fps video and luscious stills too. The front features a 32MP selfie camera that’s also capable of 4K@60fps video. The phone also packs a 4,200mAh battery with fast 40W SuperCharge support. With every purchase during the Huawei September Fiesta, they’re also throwing in a free CP39S car charger and a ‘City Travel’ gift package both collectively worth RM289. 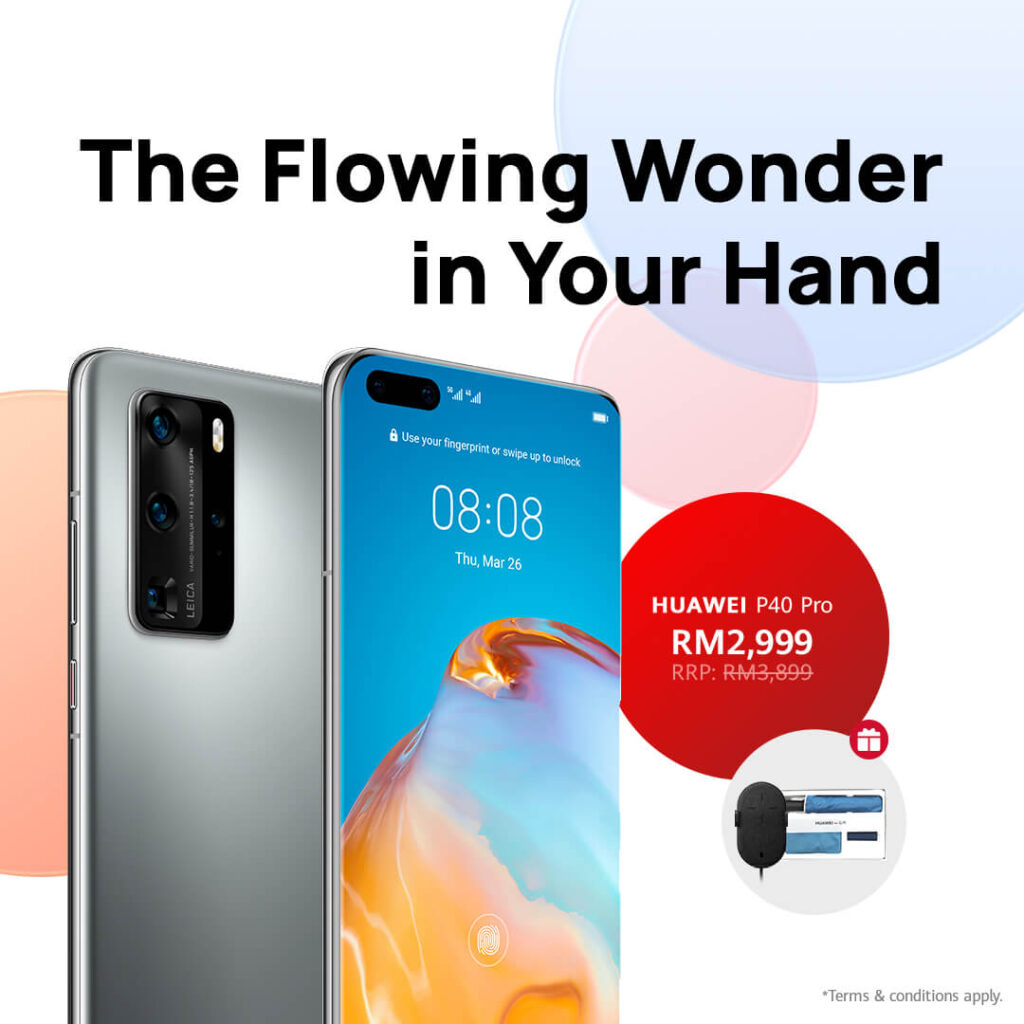 Just to make things a bit more interesting and to reward loyal Huawei fans and members of the Huawei community in Malaysia, Huawei is also hosting a puzzle contest of sorts where you have to conduct a virtual treasure hunt of sorts on the Huawei consumer website to stand a chance to win up to RM5,000 in prizes.

You’ll then have to combine these pictures to form a complete picture and once you’re done, all you need to do is to share it on your social media, sling a caption and add a hashtag #HuaweiSeptemberFiesta. 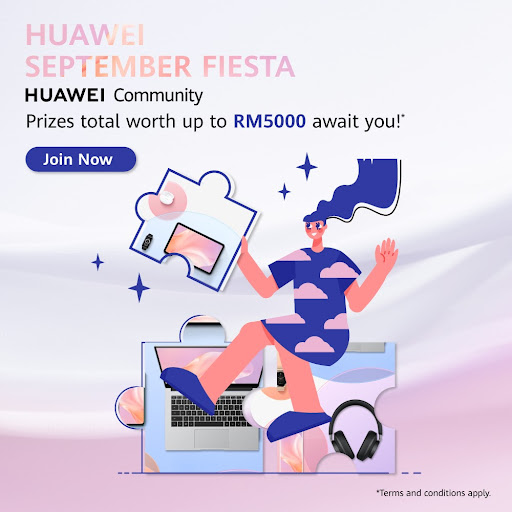 There’s a bit of fine print of course, chief being that you’ll have to be a Malaysian citizen or resident currently in the country which you can check out here. There’s a bit of lead time as the contest ends on 9th September but you’d best hustle if you want to win. Find out how to join the Find the Puzzle contest swing by here: https://bit.ly/FindThePuzzle2 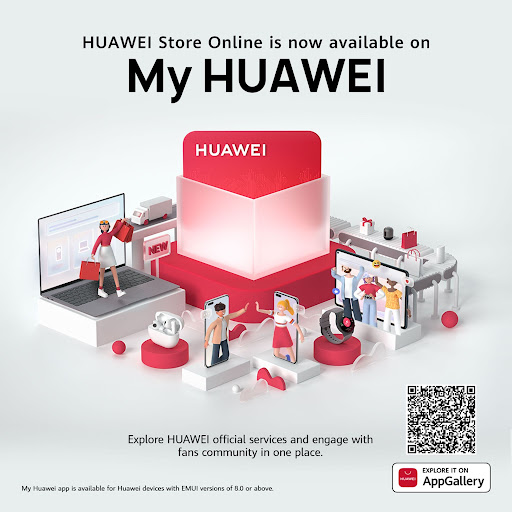 If you’re looking for an easier way to shop on the Huawei online store, you’re in luck as they’ve updated the Huawei app that’s on all Huawei phones with direct access to online store including the ongoing Huawei September Fiesta deals. Fortunately, this addition also means that it’s easier to keep tabs and access to a unique set of flash deals unique to the My Huawei app which will take place from 4th to 8th September 2021.