The Huawei Flagship Global Product launch has revealed both the Huawei P50 Pocket and the P50 Pro though both have appeared in renders prior to the event. 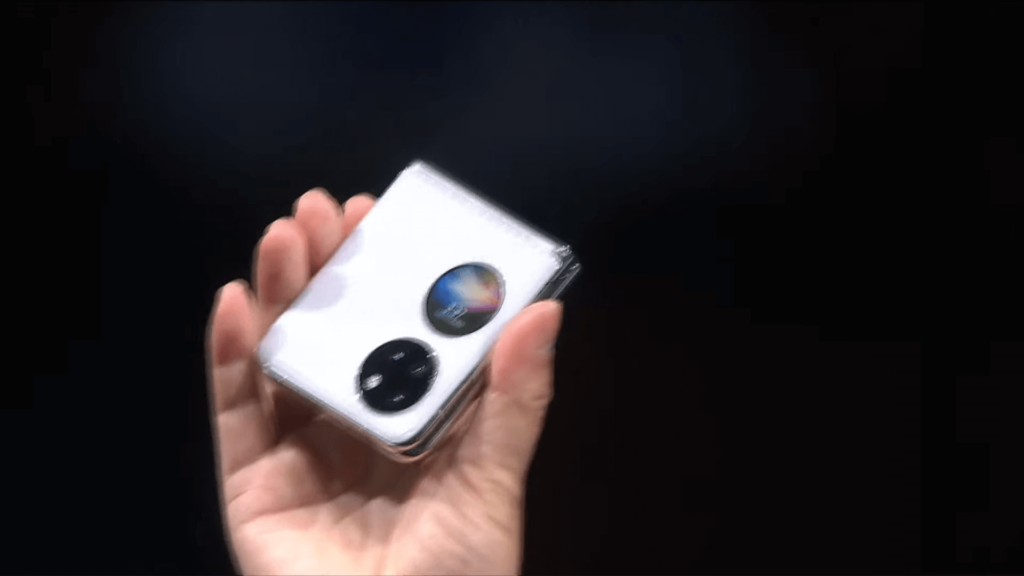 The Huawei P50 Pocket retains a similar flip phone design that resembles the Galaxy Z Flip3 5G but considerably ups the bling factor with a textured pearlescent Diamond White finish that makes it very distinctive when plonked on a table. 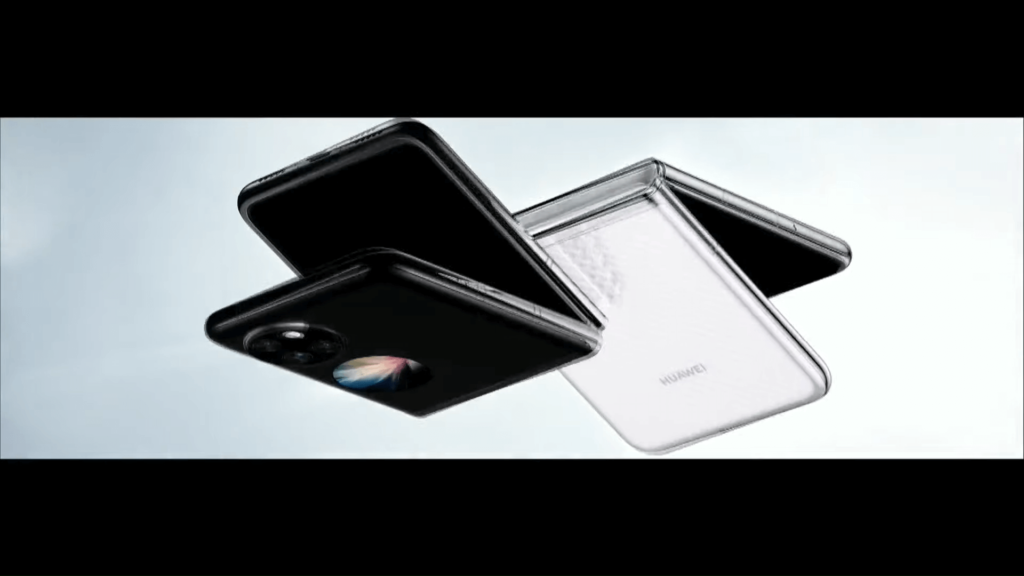 Of note with the Huawei P50 Pocket’s design is that it has almost eliminated the gap between both halves and has no gap when folded down. According to Huawei, this was achieved with what they call a Multidimensional hinge design which also improves impact resistance. 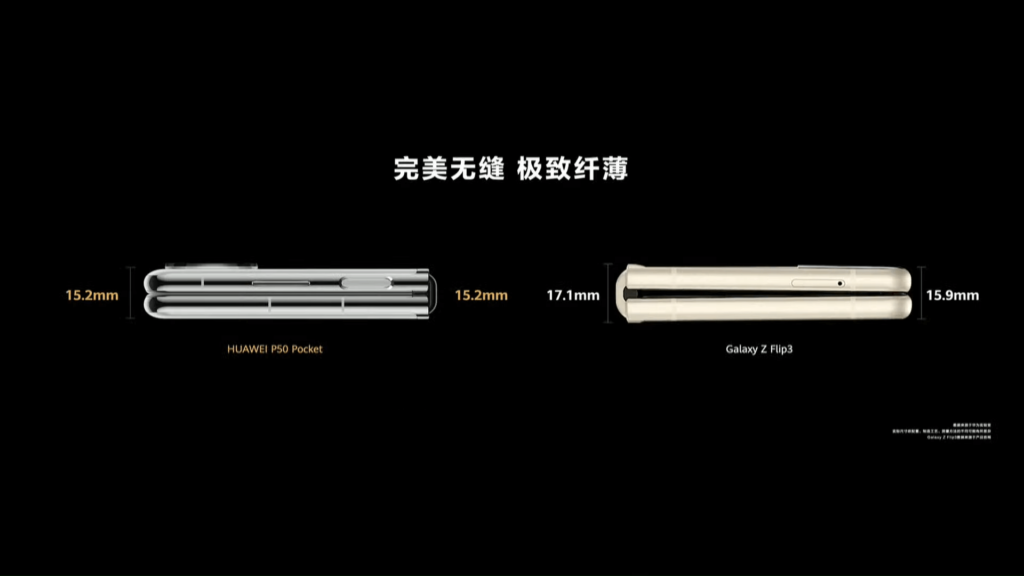 The phone has shared aesthetics to the Huawei P50 Pro with two rounded silhouettes up front but in the case of the P50 Pocket, one of the silhouettes is actually a one inch rounded OLED display that can be used to tell the time and check notifications along with the option to add additional widgets for map navigation and other functions. It can also be used as a viewfinder in a pinch for the camera array which is mounted in a circular housing just beneath the OLED display.

The triple camera array is slightly less sophisticated than the one mounted on the P50 Pro seeing the compact dimensions of the phone but it’s no slouch in the imaging department as it consists of a primary 50MP F/1.8 shooter with PDAF, a secondary 8MP F/2.4 camera with 3x optical zoom and a 13MP F/2.2 ultrawide camera with the whole affair capable of capturing up to 4K@60fps video.

Flip the phone open and you get a foldable 6.85-inch OLED touchscreen with a 120Hz refresh rate, a 21:9 aspect ratio and HDR10+ support. A front facing selfie camera in a tiny punchhole is emplaced up top. 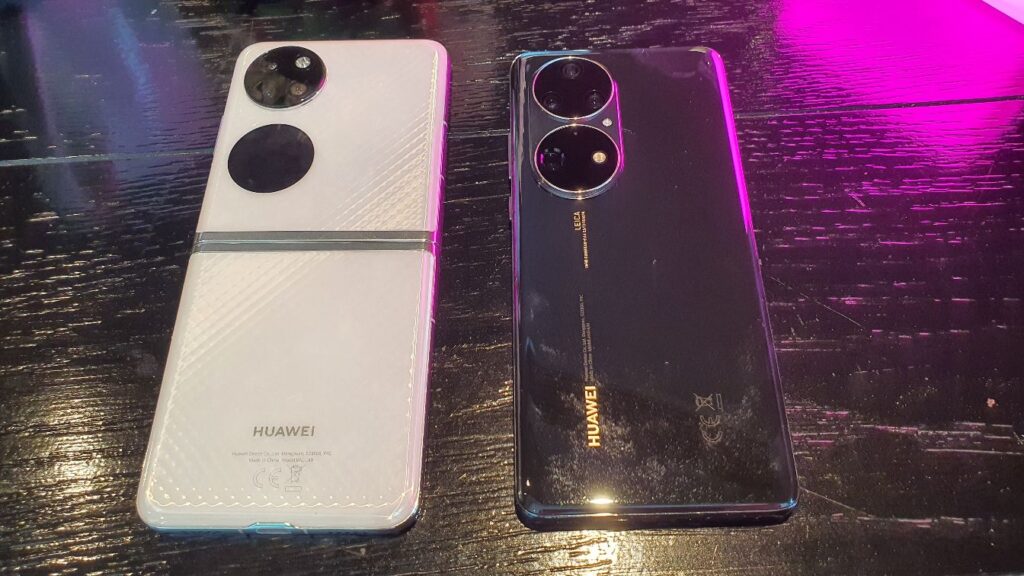 Running under the hood of the Huawei P50 Pocket is a Snapdragon 888 processor with 4G LTE running EMUI 12 or HarmonyOS depending on region with 8GB or 12GB RAM and either 128GB, 256GB or 512GB of storage depending on market. Keeping the phone powered is a 4,000mAh battery capable of fast 66W charging which gives it a decisive edge against other foldables. 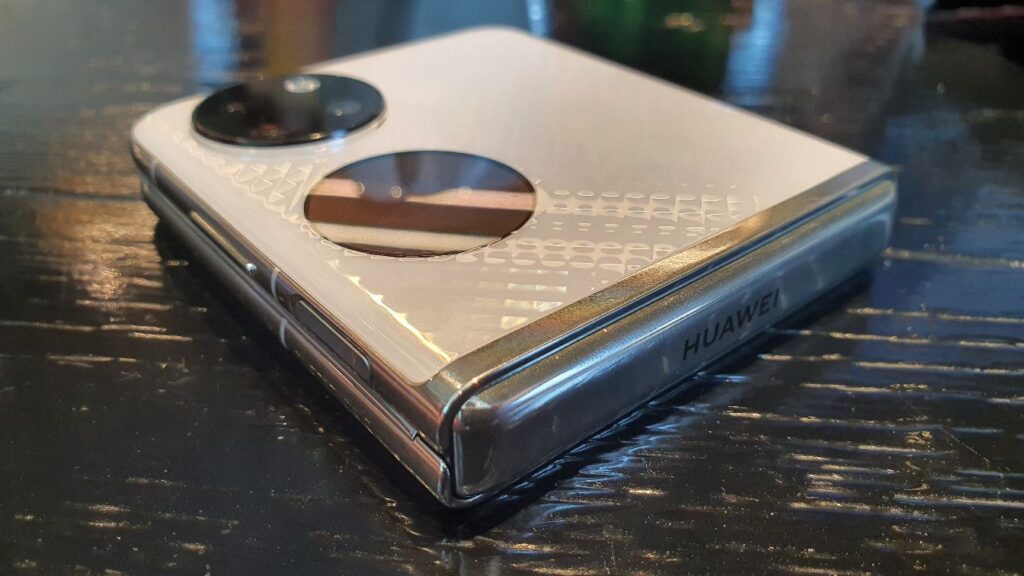 Available colourways include a pearlescent white finish and a shade of black In terms of pricing the Huawei P50 Pocket 256GB version will be priced at RMB8,988 which is about RM5,926.

A Huawei P50 Pocket Premium Edition also exists with 12GB RAM and 512GB storage with a posh textured gold finish which retails for RMB10,988 which is RM7,245 with change.

To be fair, these prices aren’t indicative of final prices when they arrive in Malaysia and in the final equation, local taxes and other costs will play a factor. We’ll keep you posted on any updates from Huawei Malaysia.