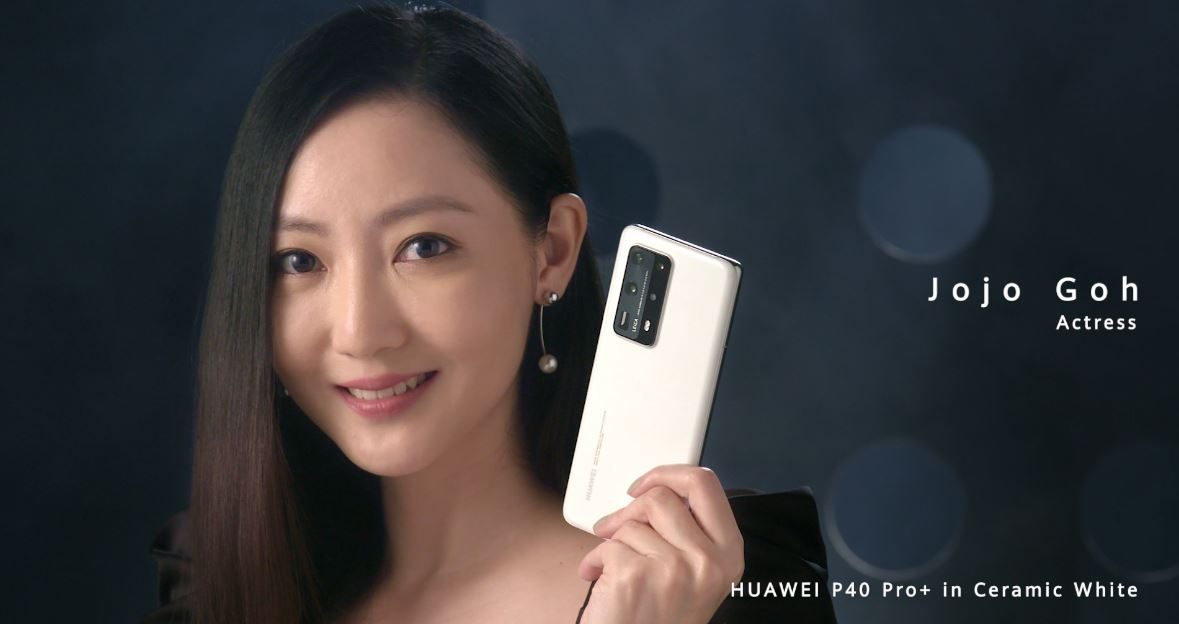 The Huawei P40 Pro+ was announced earlier this year but it’s now finally making its official debut in Malaysia from this 26th of June 2020 priced at RM4,999 and will pack Huawei’s most advanced and powerful imaging tech to make it one of the most powerful cameras in a smartphone.

Ahead of the launch, they’ve listed the Huawei P40 Pro+ on their official website alongside the Huawei P40 and P40 Pro that were launched earlier this year. 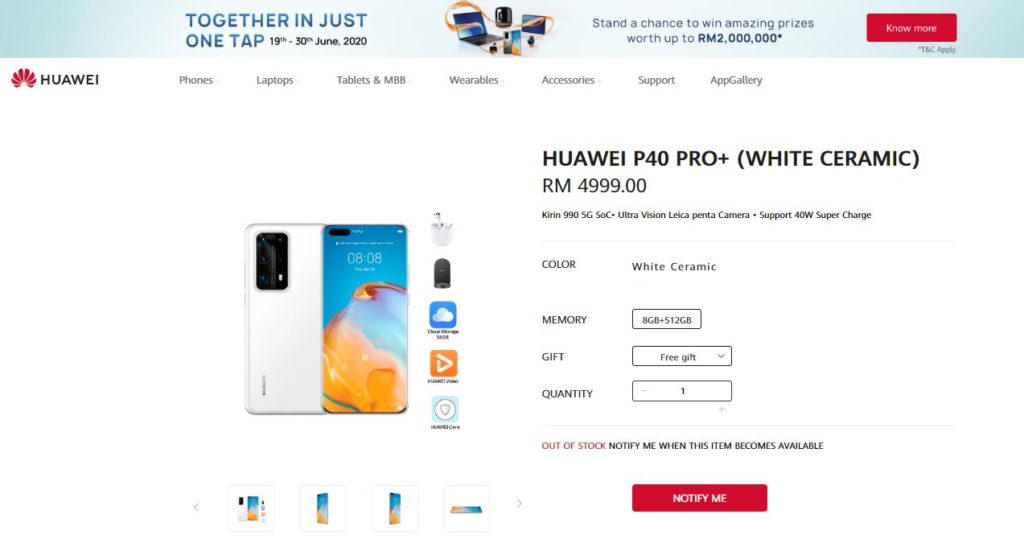 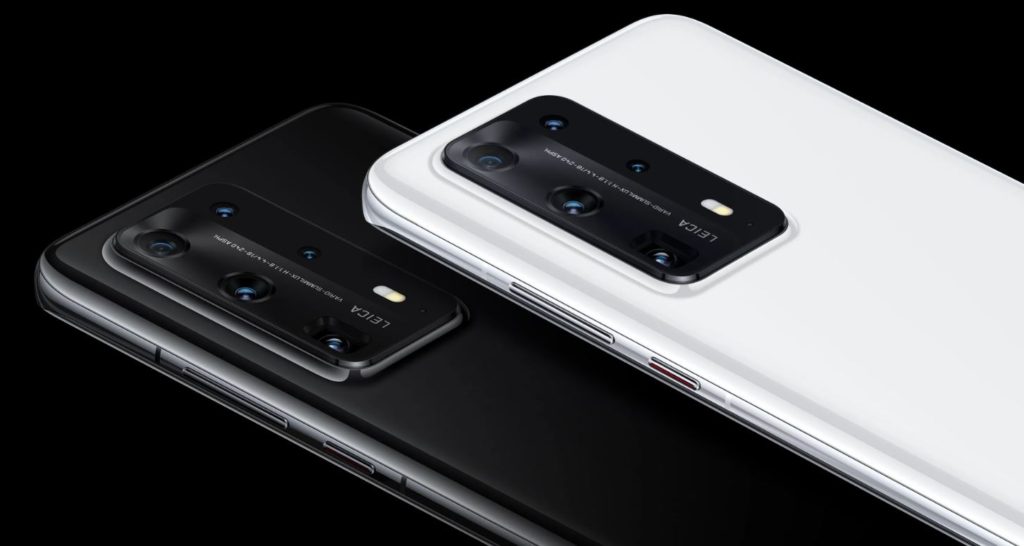 On the rear, the Huawei P40 Pro+ has a penta camera array co-engineered with Leica that comes with a 50-MP F/1.9  OIS-stabilised Ultra Vision camera, a 40-MP F/1.8 Ultra wide angle Cine camera, an 8MP SuperZoom camera with 10x optical zoom and OIS, another 8MP telephoto camera with 3x zoom with OIS and a 3D depth camera rounding things off. This setup enables the P40 Pro+ to capture shots at up to ISO 409,600 with a combined 20x hybrid zoom and a whopping 100x digital zoom as well as 4K@60FPS video.

The front sports a dual camera that consists of a 32MP F/2.2 primary camera with autofocus, which is a rarity in front cameras, paired with a depth camera. 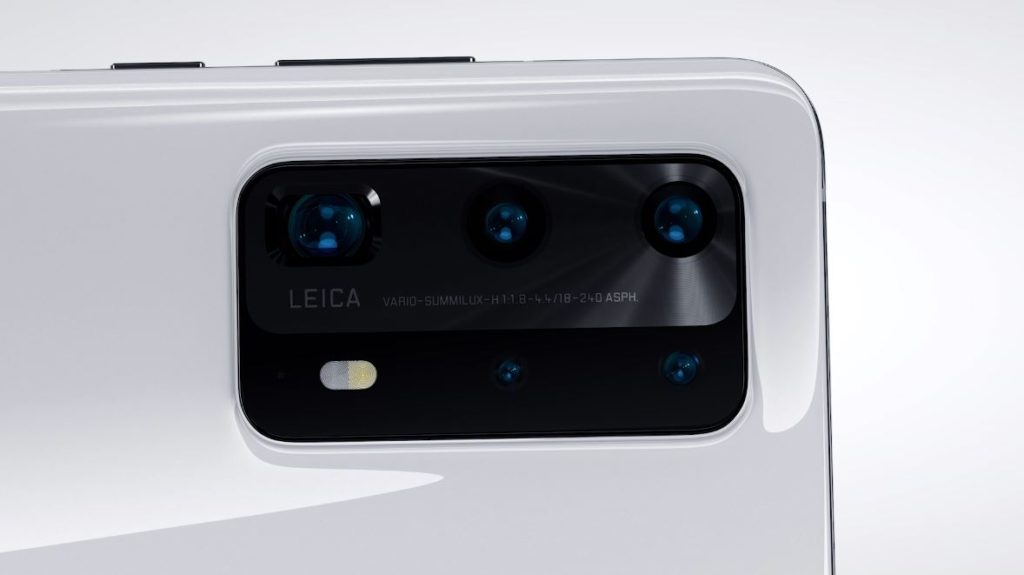 Keeping it juiced in the field is a 4,200mAh battery with 40W SuperCharge both wired and wirelessly which makes it a world first for such fast wireless charging.

The chassis for the P40 Pro+ is a tough posher than its siblings with a white ceramic finish that offers better tactility. It also has IP68 water resistance too though it lacks a 3.5mm audio jack like many other flagship phones of recent vintage.

The Huawei P40 Pro+ will cost you RM4,999 when it is available for sale this coming June 26th, Friday on 10.08AM which also sees the official debut of the Huawei MatePad Pro 5G tablet. In typical Huawei fashion, you’ll be getting a slew of free gifts with the P40 Pro+ worth a total of RM1,374. 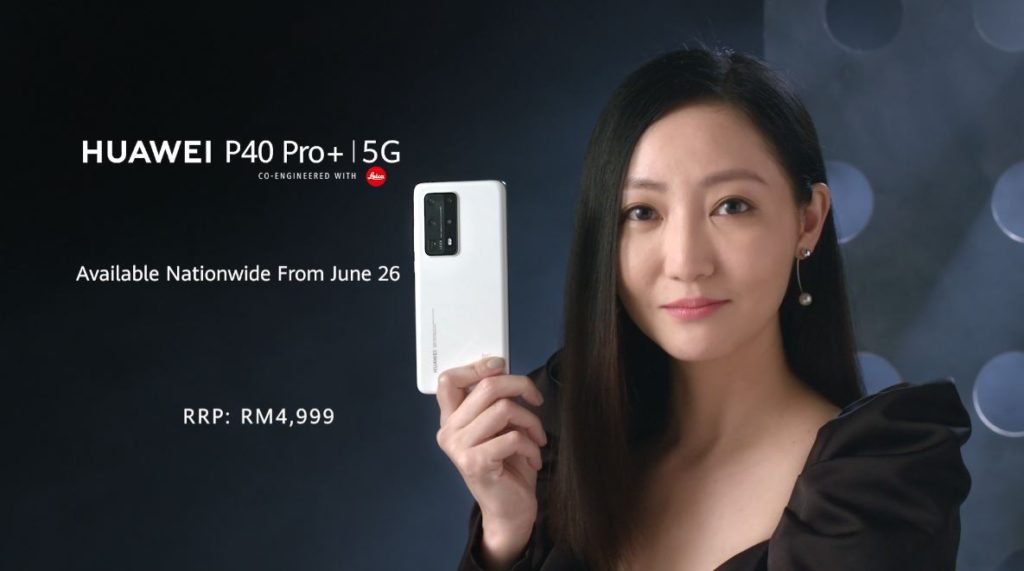 This bundle of freebies that is listed on their official page consists of a Huawei 40W SuperCharge wireless charger stand worth RM299, a FreeBuds 3 wireless earphone in white to match the phone worth RM679, an extended warranty service worth RM149 and a screen protection service worth RM99. For more details, check out their official page listing on https://shop.huawei.com/my/product/huawei-p40-pro-plus