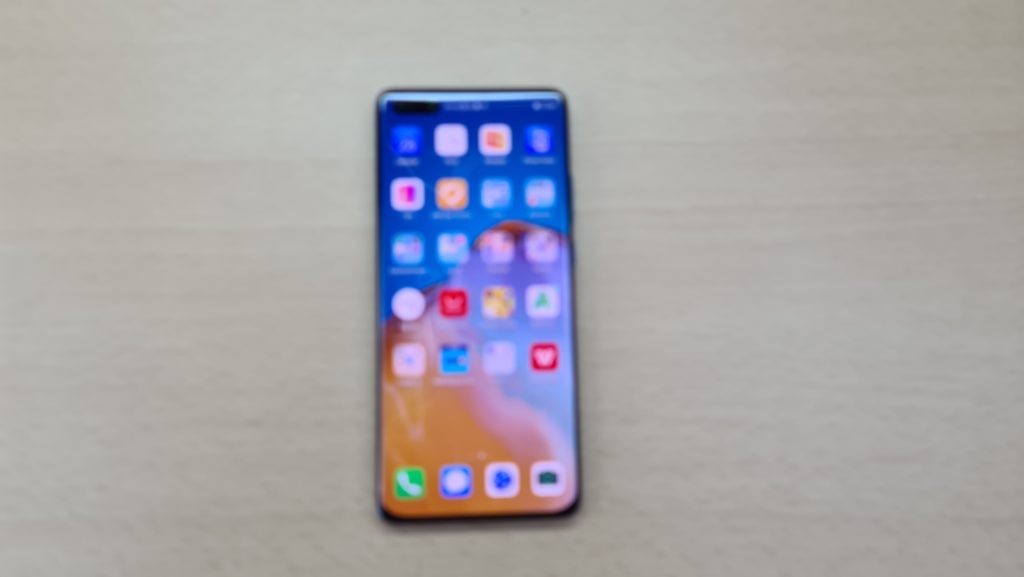 The balanced option in terms of price and capabilities in the triumvirate that is the new Huawei P40 series, the Huawei P40 Pro comes with quite an interesting array of capabilities and an emphasis on a particularly powerful quad rear camera array. The P40 Pro that we’re reviewing is a good blend of both cost and performance between the entry level P40 and the highest end P40 Pro+. 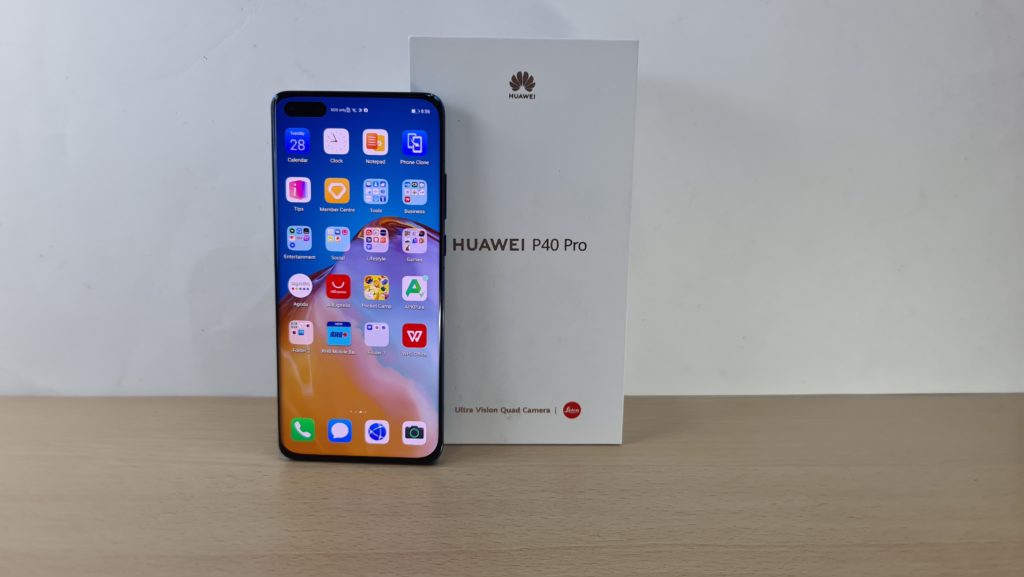 In general, the P40, P40 Pro and P40 Pro+ all have the same Kirin 990 5G processor, which ensures 5G support for the future. All three primarily differ in that they have increasingly more sophisticated rear camera arrays.

At RM3,899, the Huawei P40 Pro is a good step pricier than the P40 which retails for RM2,799. A more powerful variant dubbed the P40 Pro+ exists but will only arrive in Malaysia at a later point in time this year.

What’s in the box?

Our test phone has local Malaysia firmware though the accessories that come with it are slightly different with the notable key difference being a different style plug end for the SuperCharge 40W charger and the omission of a TPU casing. We were assured that units for Malaysia will indeed come with a localised UK-style SuperCharge 40W fast charger and a casing to protect the phone. 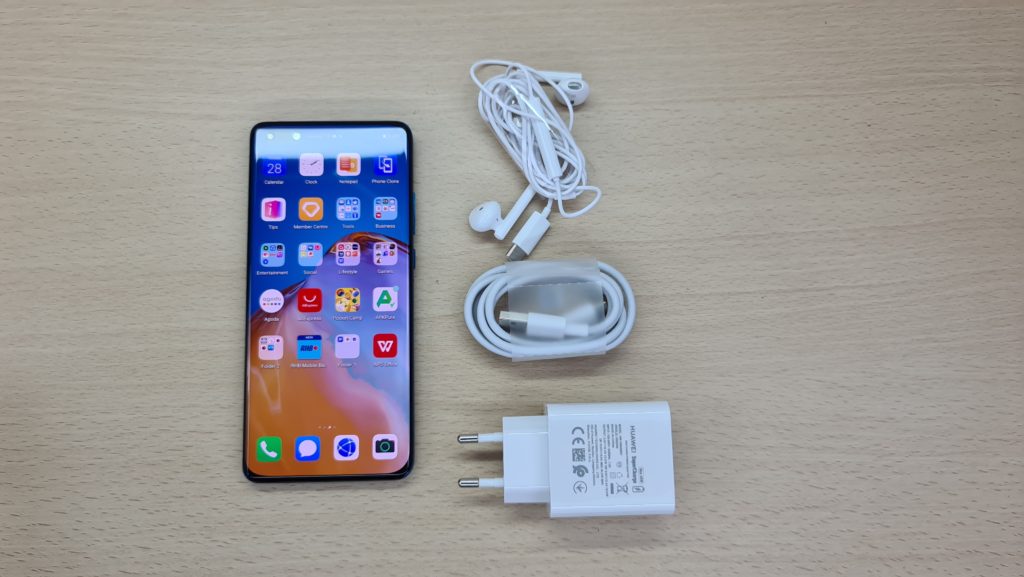 On paper, the Huawei P40 Pro for Malaysia comes with a fair blend of accessories that include a soft TPU casing, a USB Type C cable and paired SuperCharge 40W fast charger as well as a pair of hard earbuds with a USB Type-C plug.  You effectively have the means to fast charge the P40 Pro, have a modest pair of earbuds for private listening and a case to protect it straight out of the box which is generous by any definition of the word.

The Huawei P40 Pro bears only a passing resemblance to its predecessor the P30 Pro and has the same basic form factor but an entirely new screen design that they’ve dubbed as the Quad Curve Overflow display. It’s not a mere fancy name as they’ve changed the design somewhat from other mainstream phones.

Most other smartphones usually curve only the side edges but the Quad Curve Overflow display in the P40 Pro curves both the top and bottom bezels, lending it the illusion of a larger display and a more cohesive, polished look. 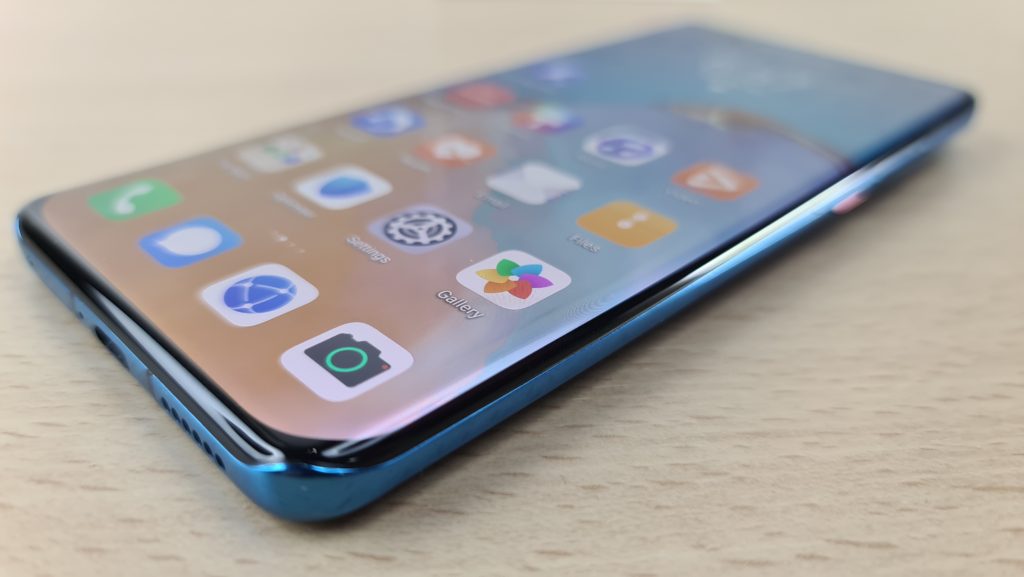 There’s a more practical reason for it – the all-round curved display makes touching and swiping from the edges, which is a cornerstone of the gestures in navigating Huawei’s EMUI user interface smoother and easier than ever. There’s a bit of a tradeoff though as the usually squarishly crisp corners of the display are curved slightly inwards. It doesn’t detract from the user experience nor are you losing valuable screen real estate but it takes some getting used to.

As a concession to structural sturdiness, the corner bezels are still protected by an extension of the backplate, much in the fashion like the prongs of a ring holding a gem in place.

Display aside, the entirety of the rear comes in a shade of what they call Deep Sea Blue which is a metallic blue finish veering towards a deeper aquamarine with the Huawei logo on the side. The bottom portion of the P40 Pro’s backplate allows for27W reverse wireless charging, allowing you to juice other devices like the Huawei FreeBuds 3 in the field. A large rectangular camera bump in the corner completes the picture. 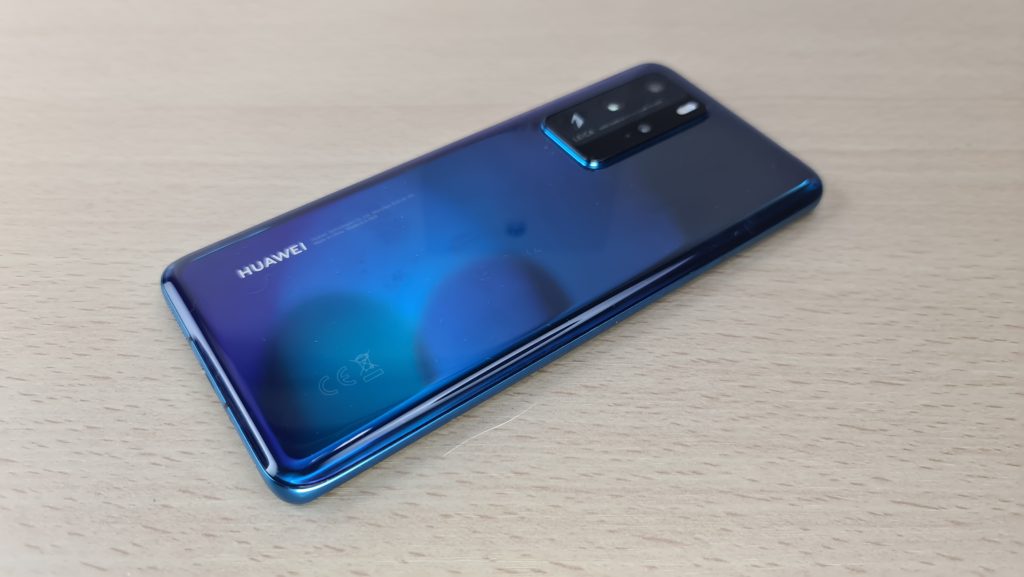 The mirrored rear backplate certainly looks posh but it’s prone to getting smudged so you’ll need to slap on a casing as soon as possible. That quibble aside, the P40 Pro’s chassis is rated for IP68 water and dust resistance which makes it more practical for daily use.

Button placement and other features are fairly standard for the P40 Pro. The left side of the phone is unadorned but the right hosts a volume rocker and power button. The bottom notably comes with a dual nano SIM card tray, a speaker and a USB Type-C port. 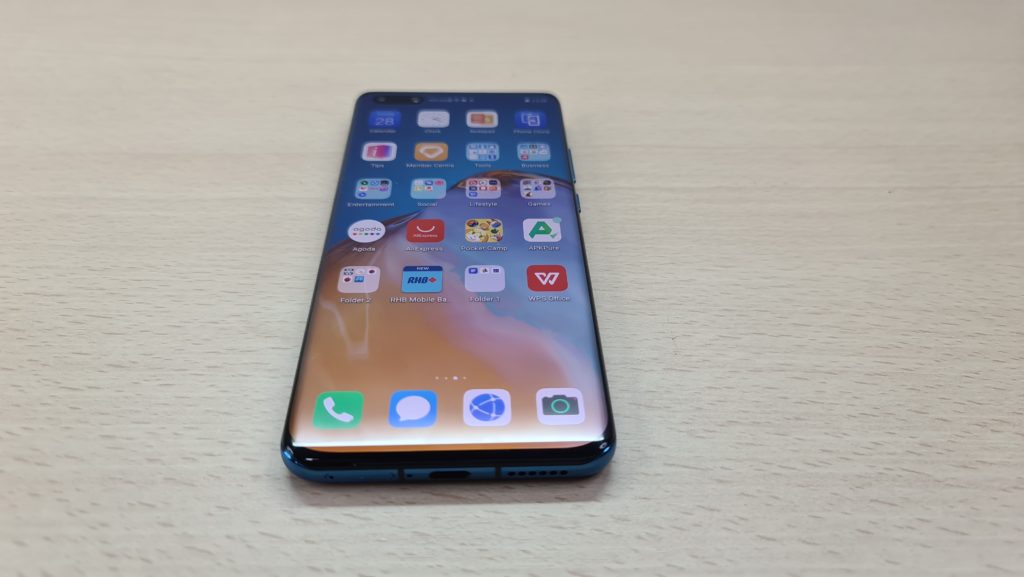 If you need to expand onboard storage, you can expend one of the two nano SIM slots and slap in one of Huawei’s own proprietary format NM storage cards that functions in a similar manner to a microSD card.

All in, the P40 Pro looks and feels extremely well polished with a wonderful heft and feel about it as well as superb build quality that goes some way towards justifying its lofty price tag. Stay tuned for the full-on review!