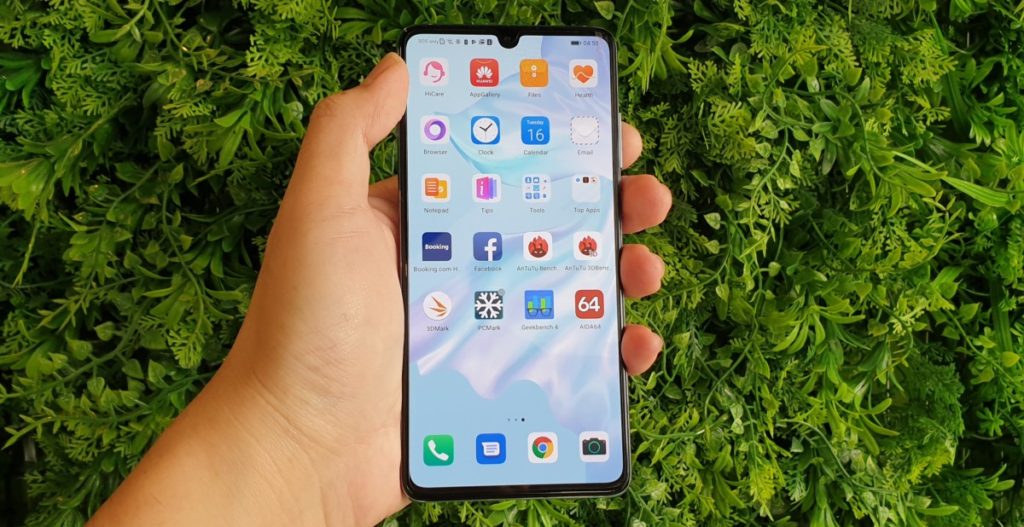 The Huawei P30 series, which consists of the titular Huawei P30 and the more powerful P30 Pro have only been in the market for a few weeks but they’ve been impressing pundits with jaw-dropping image quality and zoom capabilities that were lauded by the likes of DxOMark, which exhaustively tests for every aspect of camera quality, who accorded the P30 Pro its best score for its rear triple camera array at 112 points and front-facing selfie camera at 89 points, effectively toppling almost every other contender on the chart.

The cameras on the Huawei P30 and P30 Pro use some pretty innovative hardware built on with their collaboration with Leica to offer significantly enhanced image quality under low light conditions and new solutions in order to cram in a massive optical zoom lens into the chassis of a smartphone. 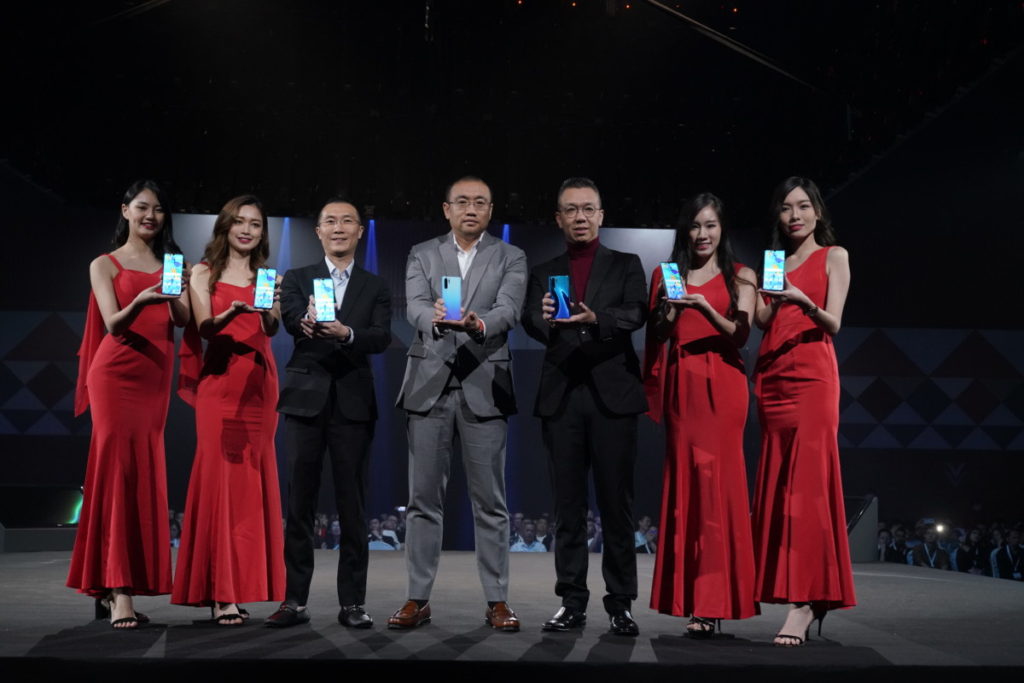 In terms of imaging hardware, the Huawei P30 has a triple camera array that consists of a 40-MP F/1.8 camera, a 16-MP F/2.2 camera with an ultra wide angle lens and an 8-MP telephoto camera with 3X optical zoom and optical image stabilisation (OIS) .

The P30 Pro is more powerful with a quad camera array that consists of a 40-MP camera that has a brighter F/1.6 aperture and OIS, a 20-MP F/2.2 camera with an ultra wide angle lens, an OIS-equipped 8-MP telephoto camera with 5X optical zoom as well as a Time of Flight (TOF) camera. 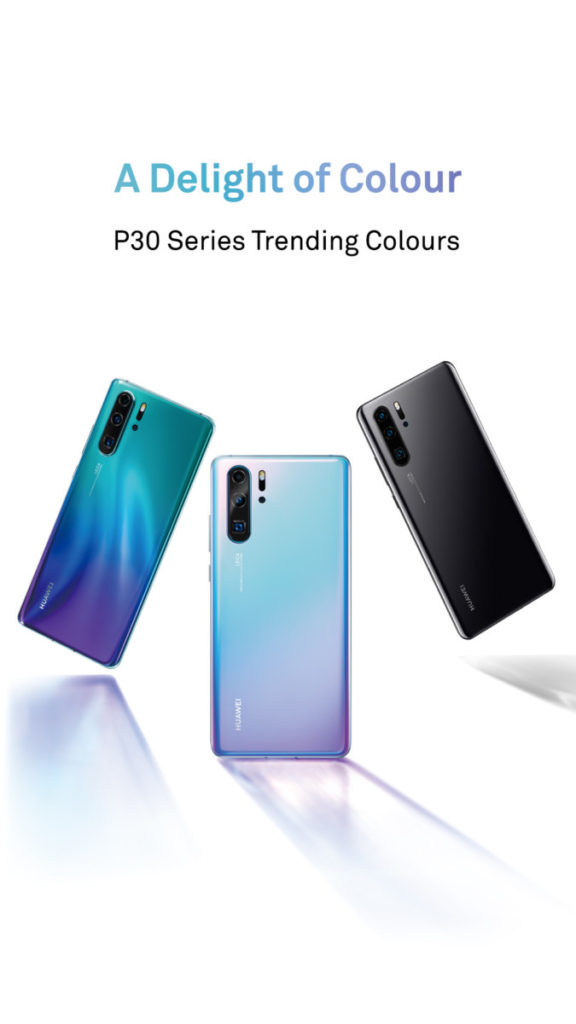 The Huawei P30 and P30 Pro come in a slick looking shade of Aurora Blue, Breathing Crystal and Black for the Malaysia market

It’s not just pure hardware, Huawei in collaboration with Leica have created a host of innovative technologies that take camera photography to the next level. Here’s how Huawei’s new P30 series phones have rewritten the rules of photography…

Taking shots in low light represents a significant challenge for smartphones, even for devices that have a dedicated night mode. While some brands have tried a host of different solutions, Huawei’s P30 and P30 Pro have solved the problem from the ground up as they are using a new RYYB (red, yellow, yellow, blue) sensor over the traditional RGGB (red, green, green, blue) sensors in the vast majority of smartphones in service.

The colours aren’t just randomly picked out of a hat. The colour yellow is more receptive to light, allowing for 40% more light into the sensor. More light means being able to capture more details, thus allowing for better low light shots. 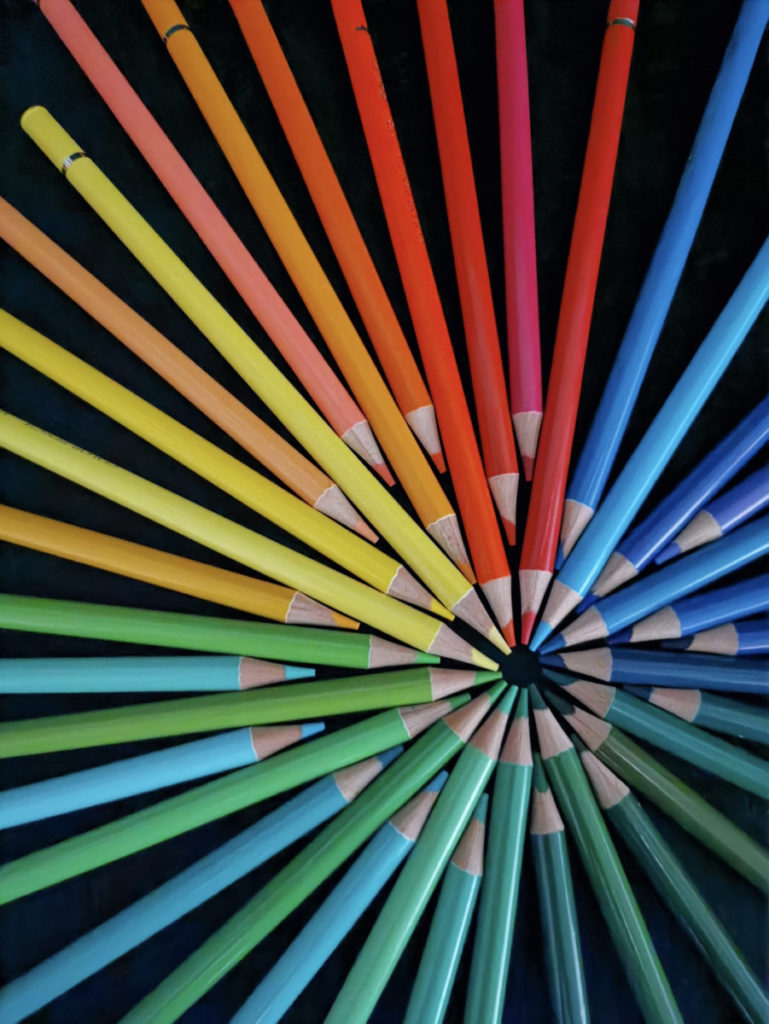 This allows the P30 and P30 Pro to take low light shots like this set of colour pencils in darkness that look well lit when captured with the P30 Pro even handheld without a tripod. 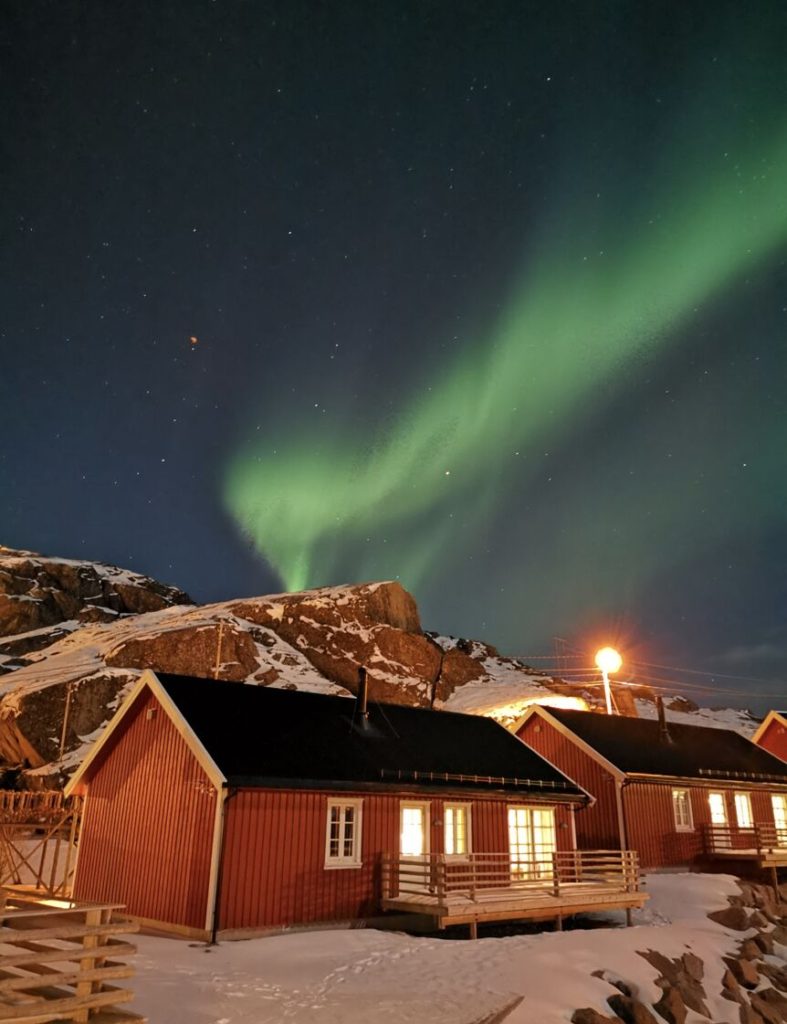 With a long exposure and the P30 series super Night mode, users can take fantastic shots after dusk of the aurora borealis 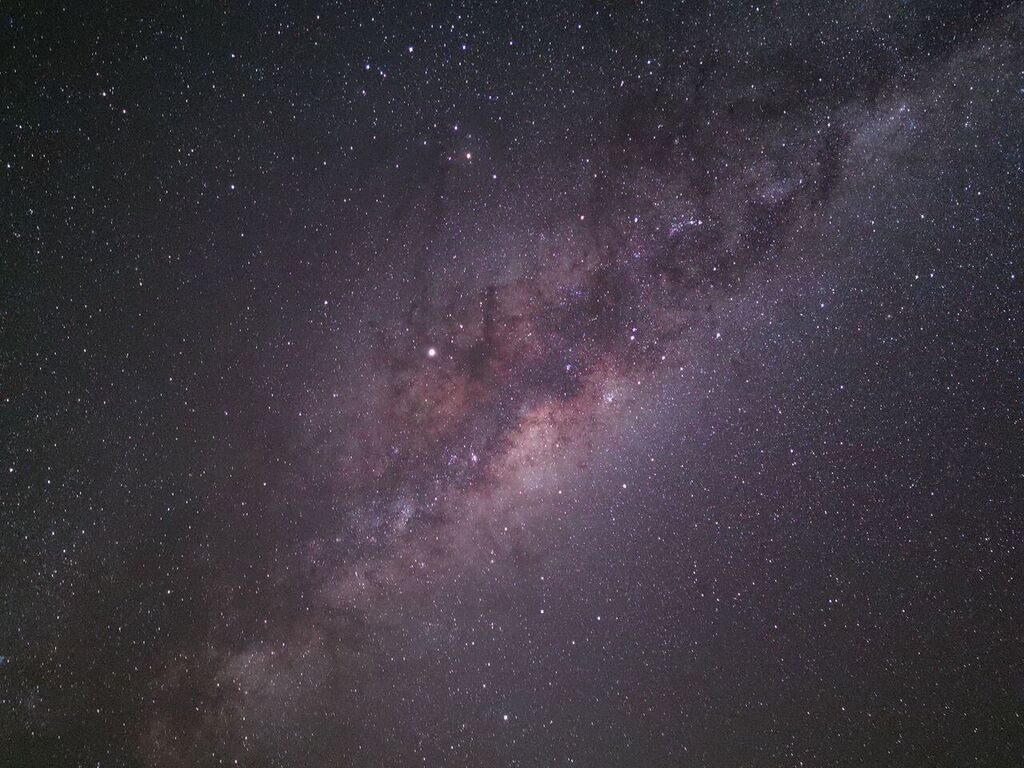 To take this sweet looking night shot of the Milky Way, you’ll need to use a tripod with the P30 Pro, set the ISO to 1600 and use a 30-second exposure.

In fact, the P30 Pro is capable of achieving shots with up to 409,600 ISO, a figure that is capable of matching the likes of a DSLR and then some.

Combined with the P30 series’ Night Mode and with a long exposure, ideally up to ISO 1600 with a 30-second exposure along with the provision of a tripod, you can achieve breathtaking shots of the Milky Way in all its glory.

Big optical zoom capabilities in a small phone. Heres how Huawei did it with the the Huawei P30 series smartphones

The physics of incorporating an optical zoom lens into something as thin as a smartphone chassis are challenging to say the least but Huawei has leveraged their engineering knowhow to offer exceptional optical zoom that tops anything that they have ever made before.

The Huawei P30 offers 3X lossless optical zoom and 5x hybrid zoom. If you really max things out, you can get 30X digital zoom which allows you to make out stuff from a good distance away.

The Huawei P30 Pro takes things to another level as it has a staggering 5X lossless optical zoom, 10X hybrid zoom and the ability to achieve a whopping 50x digital zoom, allowing you to make out details what the naked eye can see unaided.

In the P30 Pro, this is achieved via building the optical zoom lens sideways like a periscope in the chassis of the phone, allowing for them to cram in the lenses required to achieve the phone’s amazing 5x optical zoom. 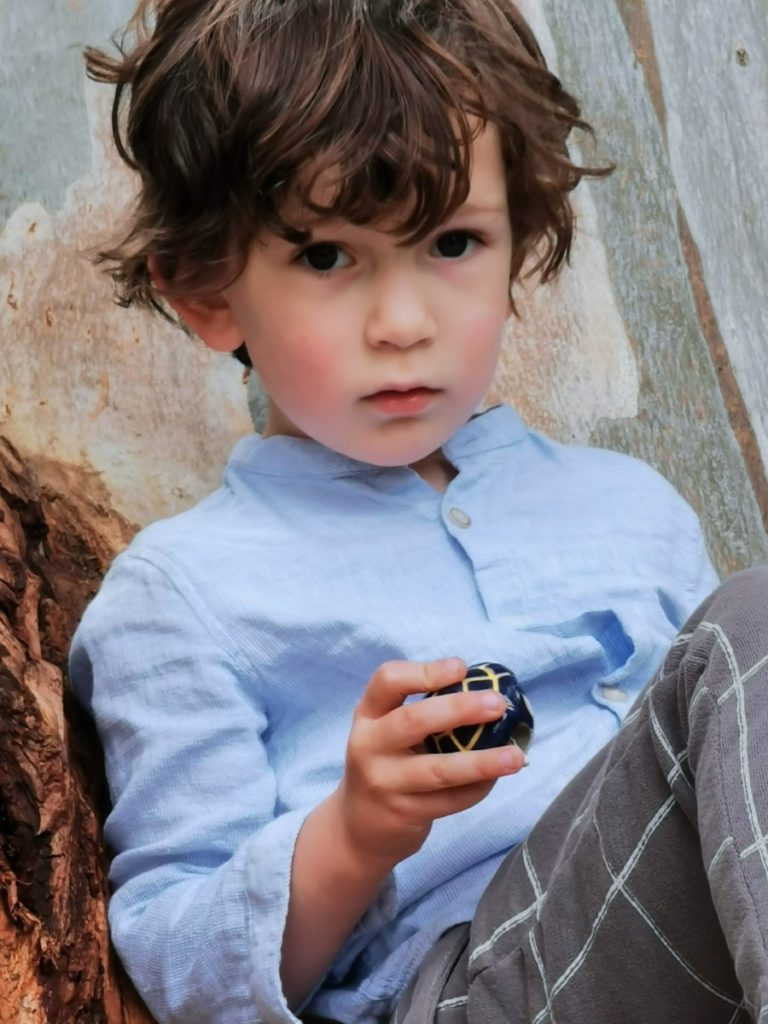 With more optical zoom, you have a ton of creative options and the ability to crop a shot closer to a subject which makes the P30 Pro ideal for concerts and the like.

This demo shot provided by Huawei of a child looks like it was taken up close but it was actually snapped from 3 metres away which is quite an achievement indeed. Check out these other shots that show what the P30 Pro is capable of capturing including a crisp shot of the moon, beautiful medieval architecture and shots of nature too from a good distance away. 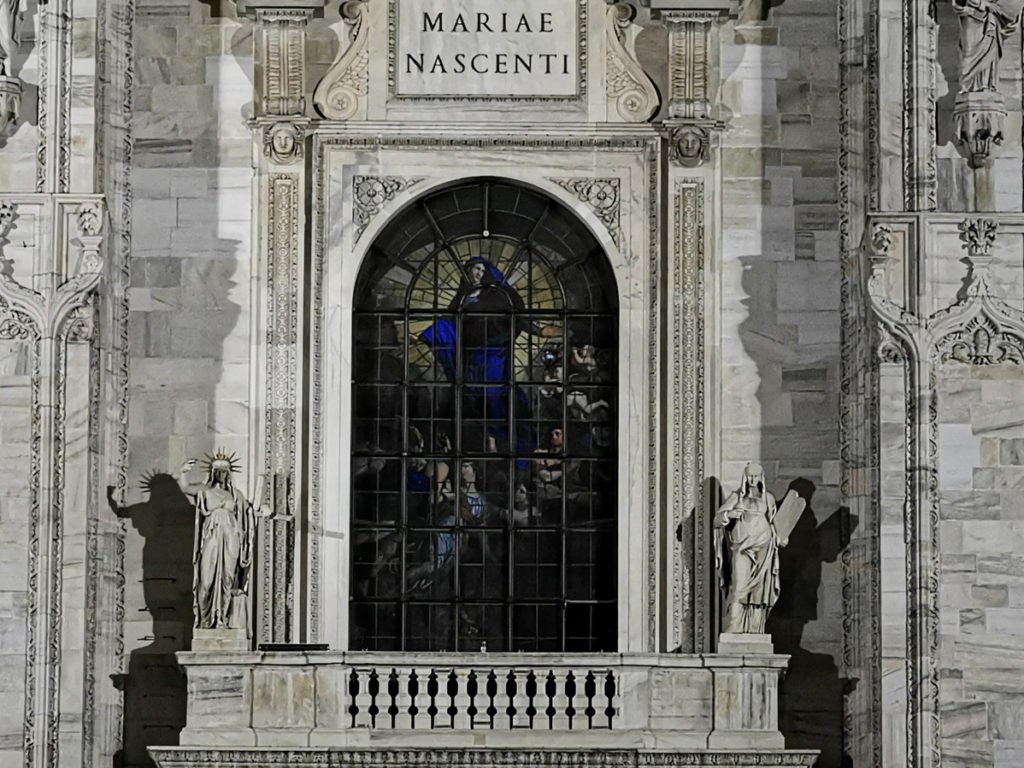 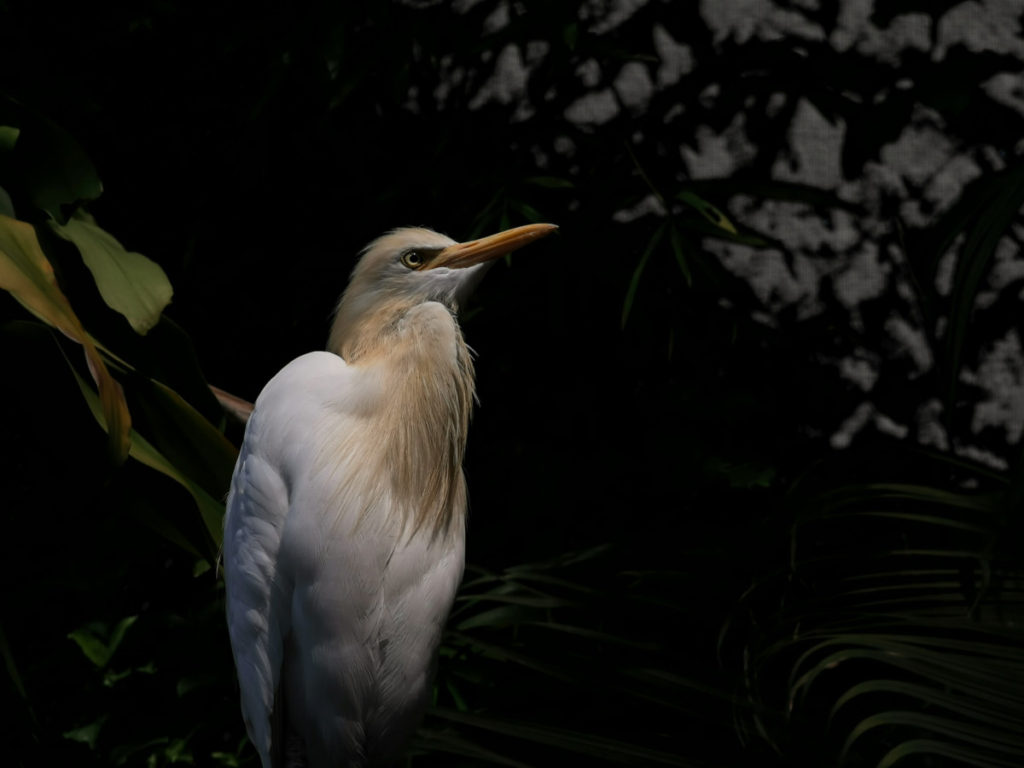 This P30 Pro shot of this bird was taken from 10 metres away, allowing for close-up shots from standoff distances.

This shot of the moon was captured with the P30 Pro from over 38,000km away. That’s quite a distance!

Much has been written about the hardware capabilities of the P30 series cameras but Huawei has also approached the problem of getting excellent shots from a user perspective to ensure that the average smartphone photographer can achieve great looking results without undue effort with professional looking results.

To achieve a beautiful depth of field effect where the subject remains in sharp focus while the background is beautifully blurred out – an effect that usually needs a high-end DSLR camera – the Huawei P30 Pro uses its fourth camera, the aforementioned Time of Flight (ToF) camera to calculate the distance from a subject and the camera along with the background to create a more realistic bokeh effect. 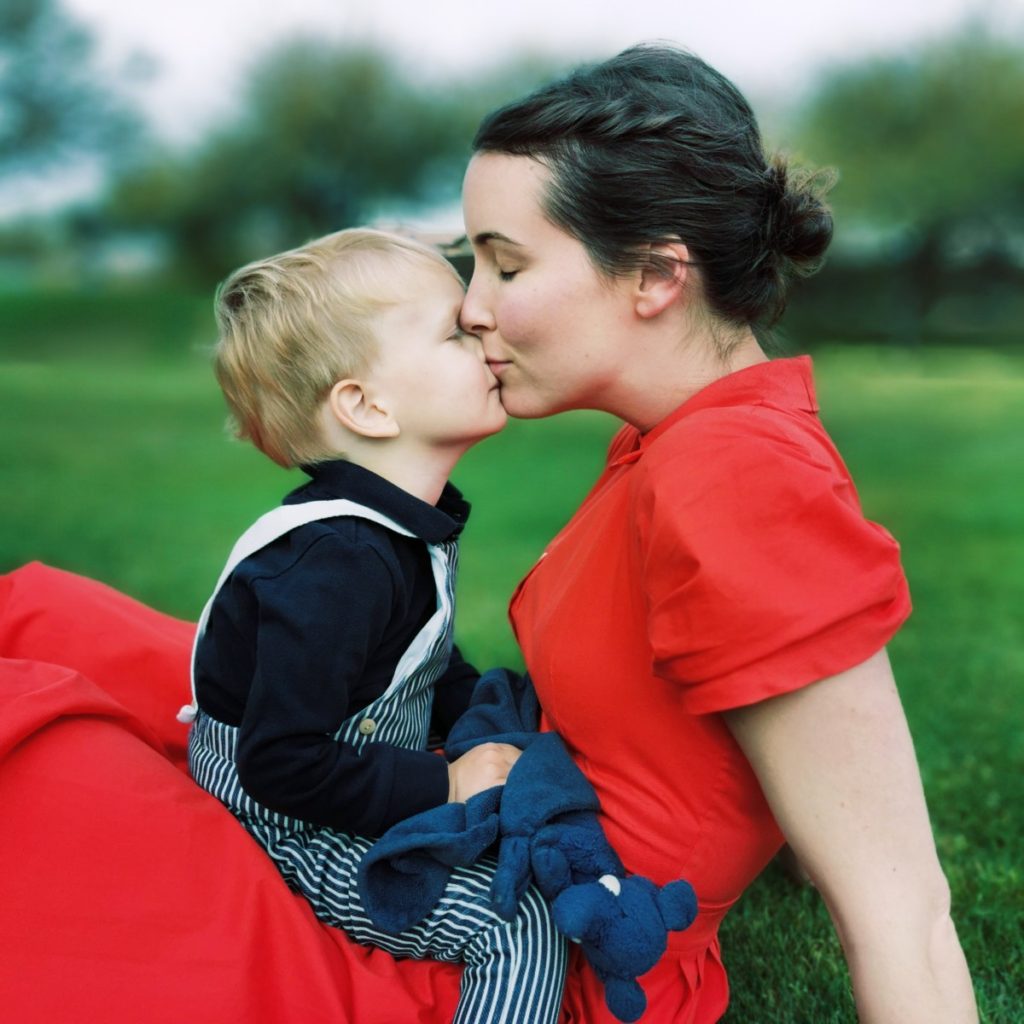 Got a lot of scenery to take in or a large group shot? The P30 and P30 Pro both sport cameras with ultrawide lenses that let you take in much wider shots than usual for superb scenic shots though the primary camera is easily capable of close up macro shots up to 2.5cm away from a subject for truly beautiful close-ups. 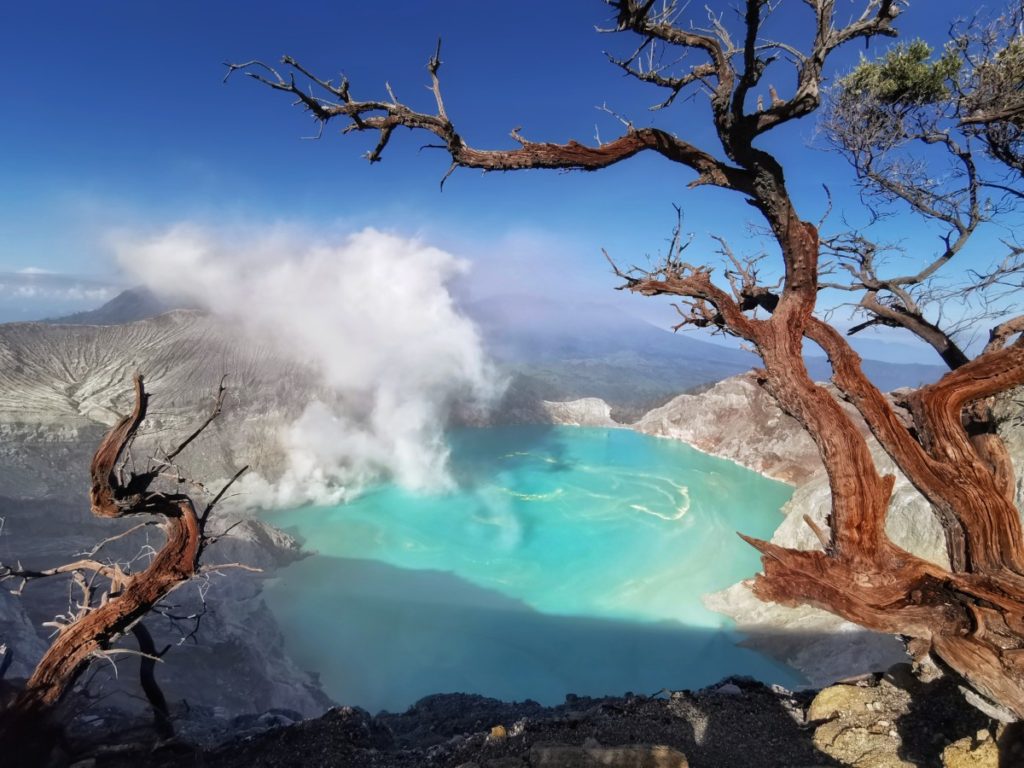 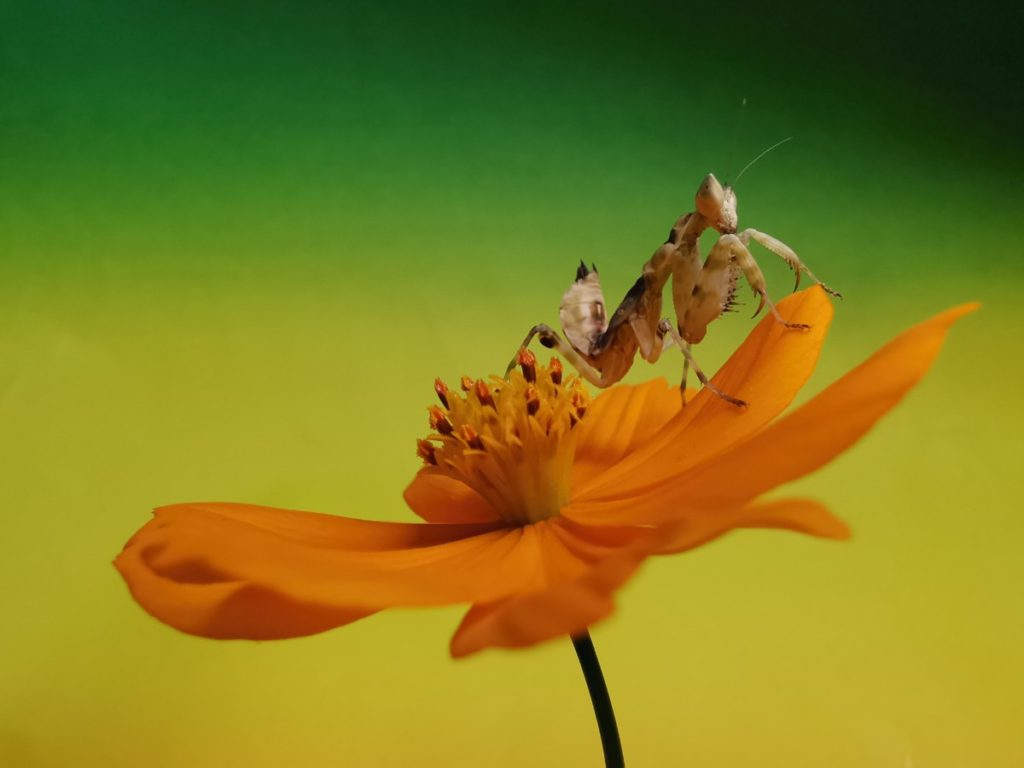 The P30 Pro is capable up close macro shots from 2.5cm away to take in really small details like this tiny praying mantis

While users usually cannot control the circumstances of where and when they take their shots, the P30 series phones take the guesswork out of it and leverage the AI of Neural Processing Unit (NPU) that is an integrated part of the built-in Kirin 980 processor that intelligently assesses a scene tweaks settings to ensure clearer, shareworthy images, even in challenging scenarios like this backlit portrait smack dab in front of a sunset. 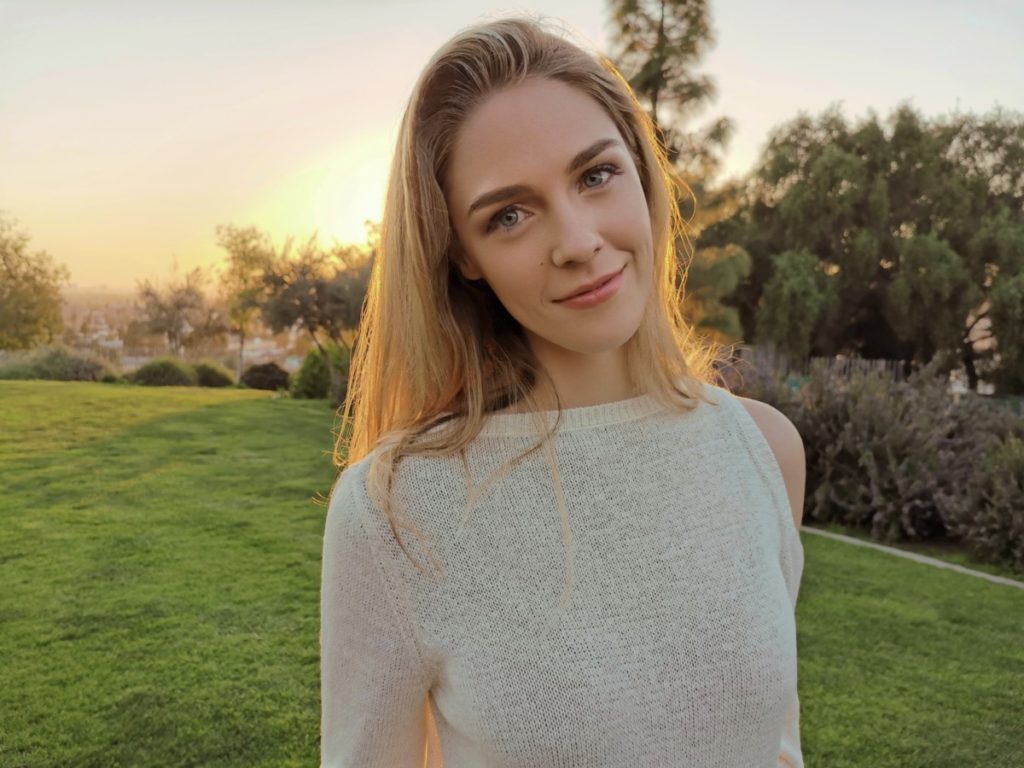 Fortunately, the P30 series phones aren’t just brill at capturing images, their cameras are dab hands at capturing videos too.

The Huawei P30 series phones are not only capable of great shots, they are highly capable of capturing great video footage at 4K UHD resolution. Even better, the vaunted low light capabilities that allow it the P30 series to capture shots in dim light also enable it to capture great videos even in dim scenarios like a birthday soiree by candlelight. 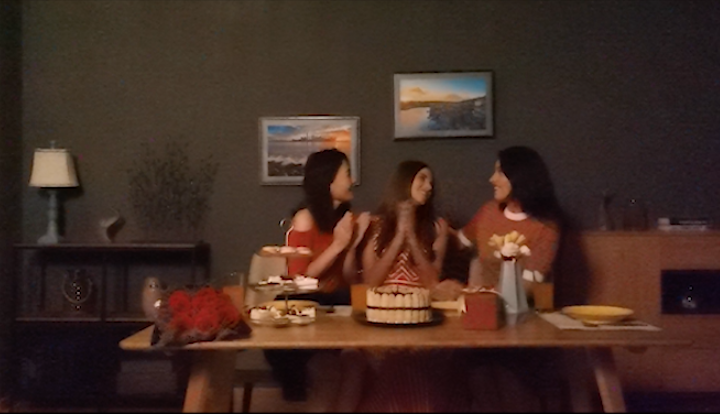 To make things even more interesting, the P30 series phones also sport a new Dual-View mode that simultaneously captures video from both the front and rear cameras at the same time while combining them into one video for unique creative possibilities.

Flagship-class hardware for superb performance in the Huawei P30 series

Befitting its role as Huawei’s premier flagship phone, the P30 and P30 Pro are equipped with the best hardware that the brand can muster crammed into a slim chassis. 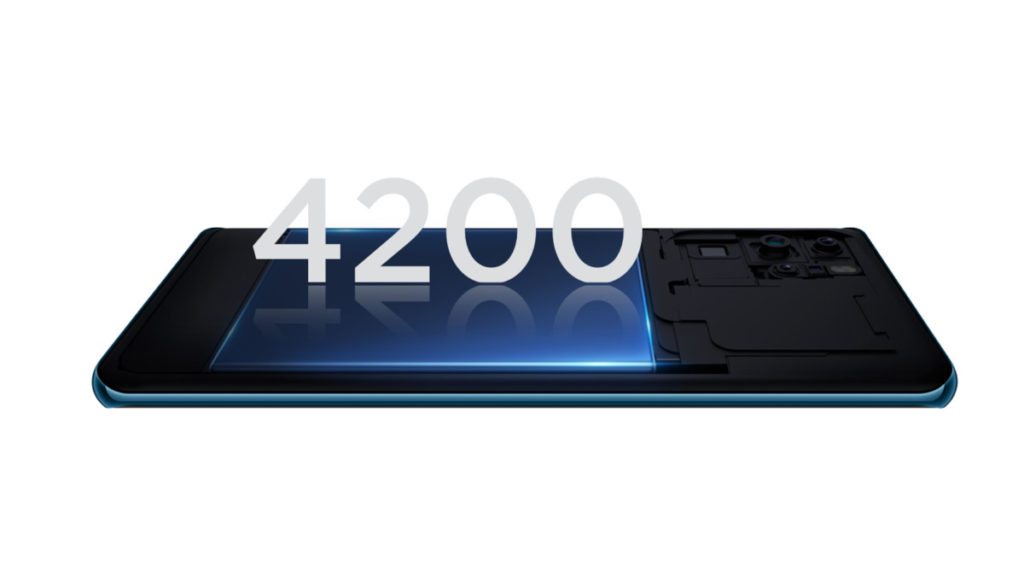 On top of the potent triple camera array in the P30 and the quad camera in the P30 Pro, both phones sport the latest Kirin 980 octacore processor which offers fast performance and a host of AI-related enhancements in regards to phone functionality, audio quality and more. This is complemented by 8GB RAM and up to 512GB of storage supplemented by Huawei’s unique NM memory card which lets you augment the storage even more.

To ensure worry-free use, the Huawei P30 has a large 3,650mAh battery while the P30 Pro has a larger 4,200mAh battery. With Huawei’s SuperCharge tech in the P30 Pro, you can get juice up to 70% battery life in just 30 minutes. More importantly, the P30 Pro supports wireless reverse charging, allowing you to charge other kit with your phone. 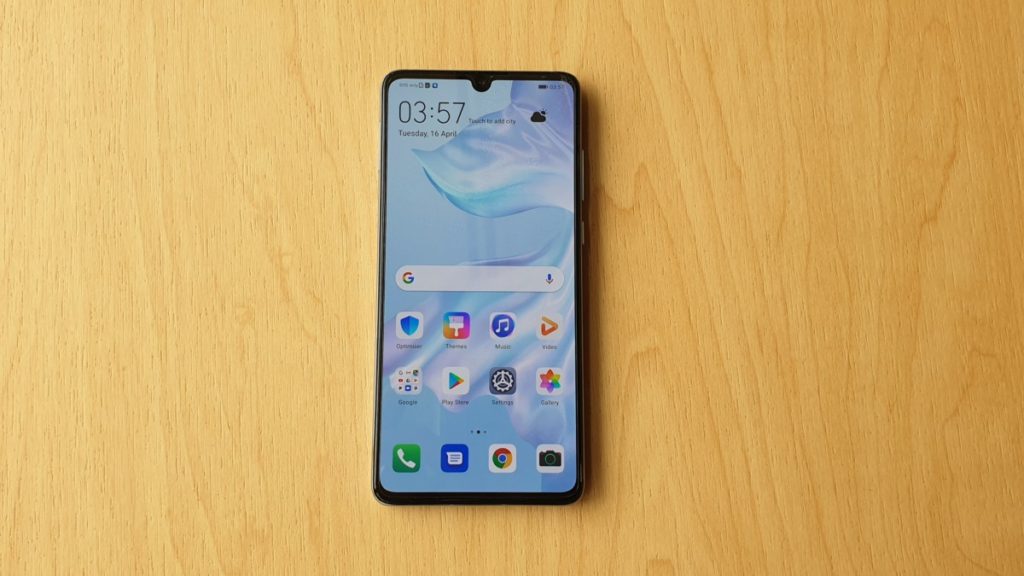 Better yet, the Huawei P30 has IP53 water resistance while the P30 Pro tops that with IP68 water resistance, allowing the latter to survive in up to 1.5 metres of water for up to 30 minutes at a time.

Combined, this makes the Huawei P30 and P30 Pro powerful and useful companions that can take on whatever life can throw at you.

Both the P30 and P30 Pro come in your choice of Black, Aurora and Breathing Crystal at all Huawei experience stores and all good retailers nationwide as well as online on Lazada and Shopee too. 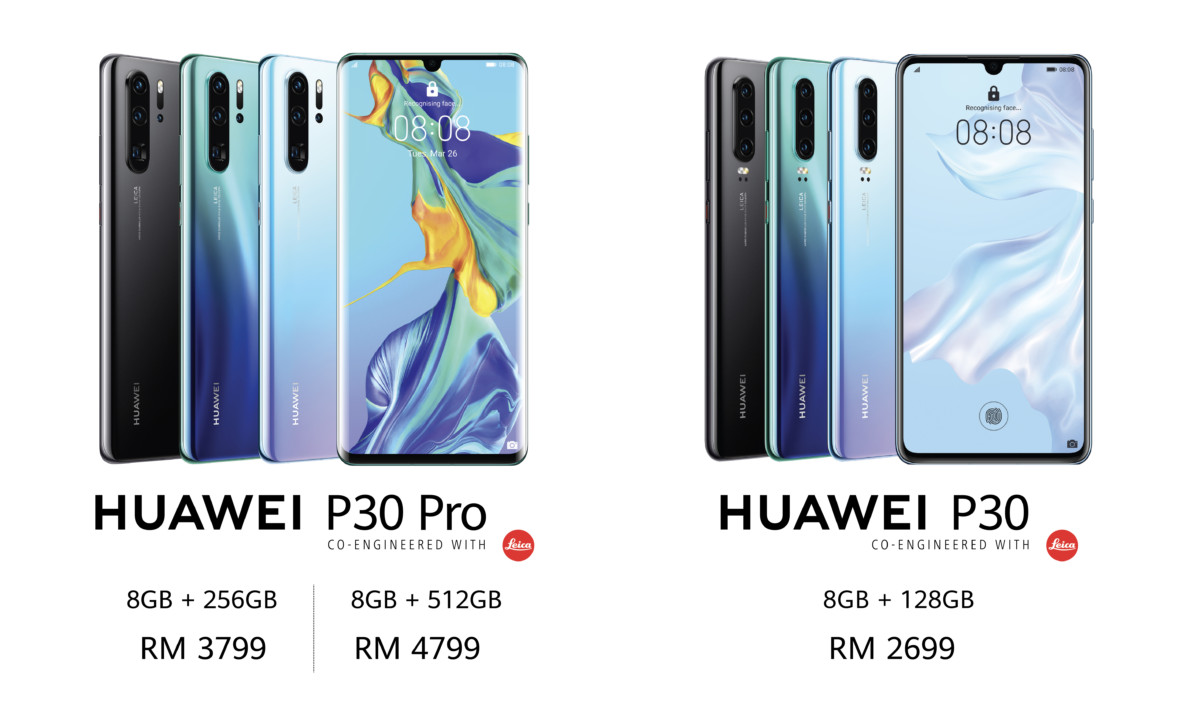 Acquired your P30 series phone and raring to go right out the door to shoot your own epic shots of nature, people and portraiture? Well, hold on a minute there. What if we told you that there’s a way to share your shots with the world while also scoring huge cash prizes too? Keen? Sweet. Well, read on squire.

Showcase your photos to the world at the NEXT Image Awards

Shooting with the Huawei P30 series phones and yielding great results is an almost effortless affair and what better way to share your snaps than with the prestigious NEXT image awards where you can be in the running to win a cash prize of USD20,000 (that’s RM82,722!) and a host of other lucrative prizes too!

The NEXT awards consists of six conceptual categories that aim to explore the world alongside HUAWEI smartphone users to discover the next-generation of visual expression with the power of technology.

All submissions will also receive an additional RM50 voucher from https://shop.huawei.com/my/events/huawei-next-image-2019.html So what are you waiting for? Submit your entries now!