The recent elections in Malaysia have brought about a sweeping round of changes, including the most important one of all for manufacturers of all the tech that we know and love – the abolition of the Goods and Services Tax (GST). In keeping with that particular subject, Huawei Malaysia has just announced that they are rewarding their loyal customers with a cashback scheme when you buy their phones and it’s a whopper of a deal. 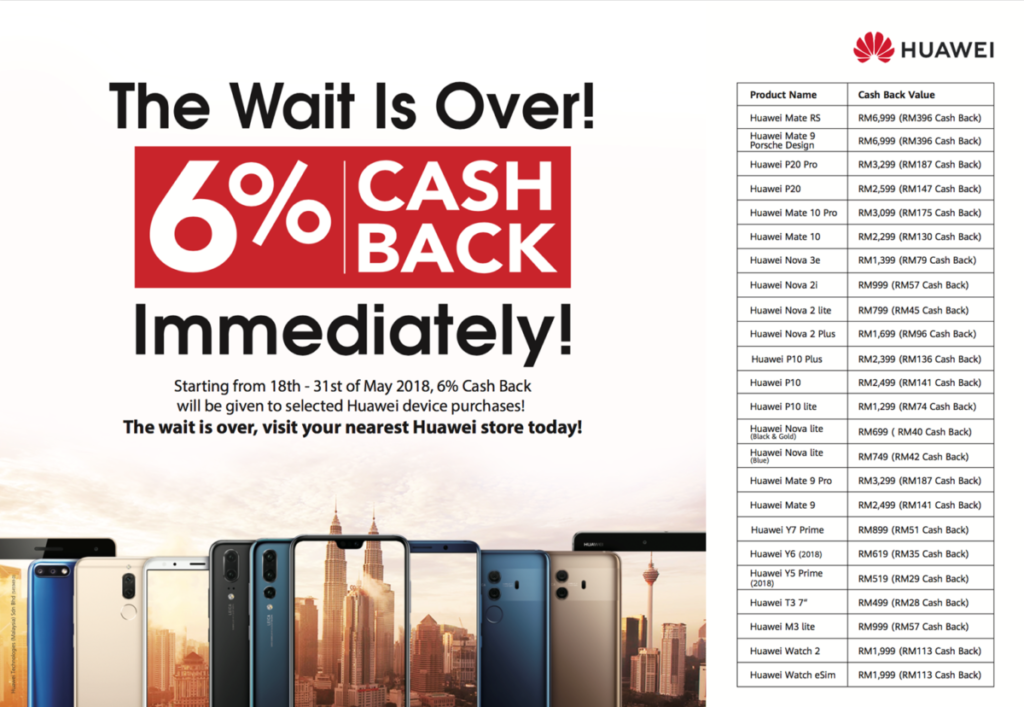 Starting from 18 May to 31 May 2018, which is effectively until the end of the month, Huawei will offer an immediate 6% cashback – the original amount taxes when GST was still around – when you buy any of their phones off a selected list. The list is extensive and covers almost their entire range of phones including flagship, midrange and entry level models. The new P20 which retails for RM2,599 has an RM147 cashback, effectively lowering the price to RM2,452. The top of the line P20 Pro retails for RM3,299 and has an RM187 cashback, which knocks the price down to RM3,112. Other phones of note on the list include the Mate 10, Mate 10 Pro, a bunch of phones from their midrange Nova series and even the Huawei watch 2. The complete list of redeemable devices is below. It’s identical to the ad above but we’ve made it larger for easier reading. 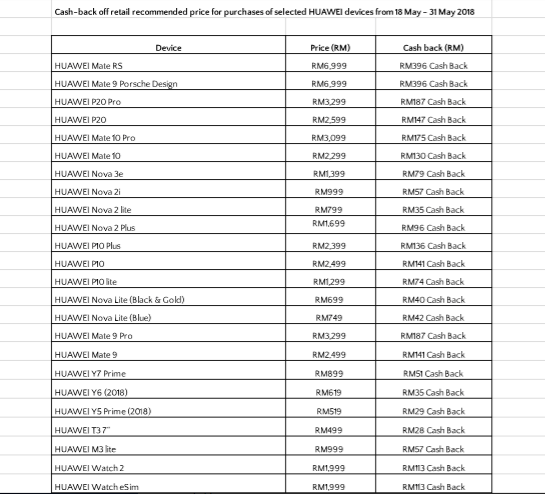 The 6% cashback is redeemable for purchases online on www.vmall.my and all retailers nationwide until the deadline. Unfortunately, the cashback proposition isn’t available for those who have recently or just purchased their phones prior to the commencement day of their offer. For more details swing by their official facebook site at https://www.facebook.com/HuaweimobileMY/

*Update. We’ve been informed by Huawei Malaysia of a minor error in the released prices. The cashback rebate for the Huawei Nova 2 Lite is RM45, not RM35 as listed in the images.