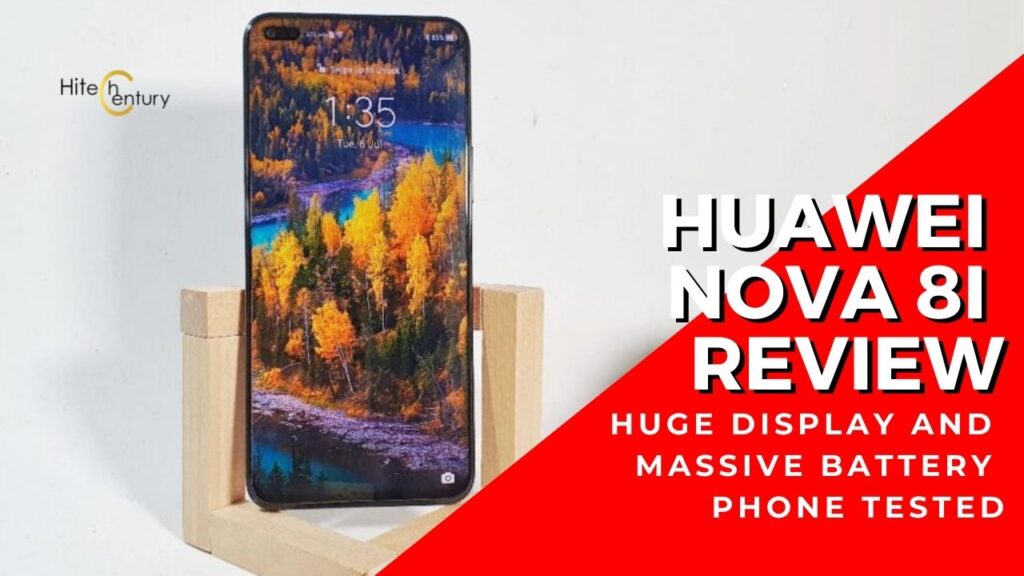 The Huawei nova 8i is one of their latest phones from their affordable nova series to land in Malaysia. Here’s our nova 8i review where we put it to the test. 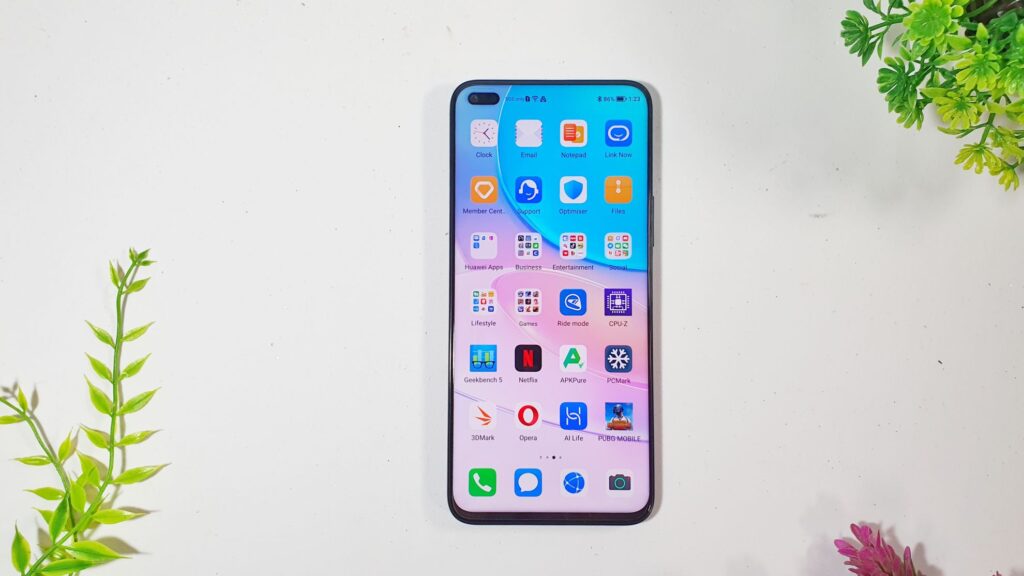 Our Huawei nova 8i review sample comes with a fair assortment of kit. Bundled with the phone is a soft silicone casing, a 40W charger, a USB-C cable, a SIM eject pin and the obligatory quick start manual and paperwork.

Of note is that the phone itself also features a pre-applied screen protector which saves a bit of legwork in finding it. According to Huawei, the retail units for Malaysia will have a 66W fast charger that complements its featured 66W SuperCharge fast charging.

In Malaysia, the nova 8i will come in three colour variants, all with the same storage and RAM capacity. You have your choice of Interstellar Blue, Moonlight Silver and in the case of our nova 8i review sample, Starry Black.

In terms of design, the nova 8i bears a striking resemblance to the earlier Mate30 Pro which had a rounded rear camera housing. The phone is sturdy and well designed without any creaking despite the fact that its housing is primarily made of plastic.

Huawei’s experience in moulding polycarbonate is put to good use here as the Starry Black finish in our review sample mimics the look, feel and tactility of glass which is quite a feat. Of course, the tradeoff here is that it’s also a fingerprint magnet but it’s a small price to pay for looking posh at this price point.

Up front, the phone has a 6.67-inch IPS LCD SuperVIsion display with FHD+ resolution and a 60Hz refresh rate. Of note are the slim bezels all around which give it an impressive 95.7% screen-to-body ratio.  The upper left corner of the phone houses a pill-shaped cutout for the front facing 16MP F/2.0 selfie camera along with a light sensor to manage screen brightness. Up top, the phone has a 3.5mm audio jack. 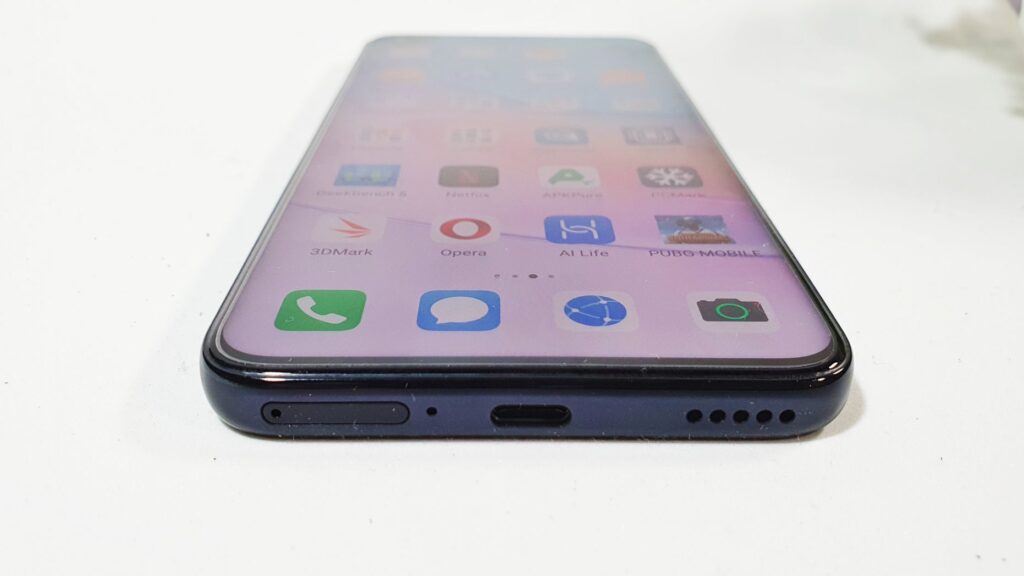 The base of the phone hosts the usual USB-C port, a 3.5mm audio jack, a grille for the sole mono speaker and a dual SIM card tray while the right side of the phone has a volume rocker and a recessed power button that doubles as a fingerprint reader.

On the rear of the phone the nova 8i hosts the aforementioned quad camera array framed in a slightly raised, rounded housing in the upper rear quadrant of the phone along with an LED flash riding shotgun.

Our Huawei nova 8i review unit came with the following specifications which are identical to retail units:

To give a bit of context, the Huawei nova 8i has a set of specifications that put it squarely as an affordable midrange model. Running under the hood is a Snapdragon 662 processor, a chip built on an 11nm process that was originally issued last year.

This is paired with 8GB RAM and 128GB of built-in storage expandable via their NM storage cards. In terms of connectivity options, the nova 8i is capped at 4G LTE with Bluetooth 5.0 and WiFi 802.11ac aka WiFi 5 which does make it feel somewhat long in the tooth for a circa 2021 phone.

In terms of synthetic benchmarks, we managed to acquire the following:

At a glance, overall performance falls within what is expected of a midrange phone with sufficient speed for day to day use.Overall performance in tandem with the provided 8GB RAM was fairly fast and responsive with swift app switching. It managed to run Player Unknown Battleground on Smooth mode and Medium frame rate settings and Asphalt 9 on high settings.

Rather than the new HarmonyOS 2.0 seen in their MatePad Pro, the nova 8i runs their EMUI 11 firmware though there isn’t a major leap in terms of differences in their respective user interfaces or getting about. There’s no word yet on if the nova 8i’s EMUI 11 will see an update to HarmonyOS yet but what is running on the phone gets the job done.

Much like its predecessors, you’ll rely on the AppGallery to download apps and if they’re not available on the AppGallery, you’ll have to use Petal Search, their built-in search app to find third-party app repositories like APKPure which let you download other apps as apk files.

Unfortunately, Google services is still not available so apps that are relyingon it  in part won’t work though most apps necessary for usage in Malaysia still function.

You still get the necessary banking apps for all major banks, you can still order food via Grab and FoodPanda and most importantly for those of us stuck at home – Netflix still works.

In a fresh install of the phone, you’ll also get recommended a slew of optional apps for download. Fortunately they don’t preload it all on your phone and you’re able to load what apps you want at your discretion.

Productivity related tasks can still be tackled via Microsoft Office and WPS Office in the absence of Google Docs in a pinch and emails, including those from Gmail can easily be routed in via their default mail app. YouTube unfortunately will still need to be played through a browser for it to work and the Google Classroom app doesn’t work which nixes options for it for educational tasks.

One perk unique to the nova 8i is that it benefits from tight ecosystem connectivity with other Huawei gear like their MateBook laptops and MatePad Pro tablet for multi-screen collaboration, the ability to transfer files back and forth as well as their recently released MateView displays. To obtain maximum benefit, you will naturally have to invest into their ecosystem.

The nova 8i’s display is, to its credit, one of the largest screens in its RM1,299 price point and does lend it some utility for web browsing and movie watching duties. The display is capable of serving up vibrant colours and is rated for DCI-P3 though Huawei did not state what percentage of the colour space that it was capable of reproducing.

Another pickle is that the display is capped at a 60Hz refresh rate which precludes its utility for serious gaming though it’s more than sufficient for general use which is its intended mission profile anyway. The provided sole mono speaker at the base is able to serve up some fairly loud if unremarkable audio for general listening.

In terms of battery life, the nova 8i proved to be a fairly enduring contender. The provided 4,300mAh battery supports 66W SuperCharge Fast charging and the phone has enough just to easily last a day and a half of modest use. Unfortunately our review sample only had a 40W charger supplied so we were unable to test its vaunted 66W fast charging mode which is capable of charging the battery to full in 38 minutes.

What cameras does Huawei nova 8i have?

Our Huawei nova 8i review unit sports a quad camera suite on the rear and a single front mounted selfie camera in a pill-shaped punch hole. On the rear you get a primary 64MP F/1.9 camera, an 8MP F/2.4 ultra wide angle camera, a 2MP macro camera and a 2MP depth sensor with the whole setup capable of up to 1080P@30fps video. The front 16MP selfie camera also maxes out at 1080p video and has a secondary light sensor mounted on the side.

The rear of our Huawei nova 8i review unit features a quad camera setup centered around a 64MP primary camera, an 8MP ultrawide, a 2MP depth sensor and a 2MP macro camera.

One thing to note is that there’s no optical image stabilisation available in either camera array and footage is stabilised primarily through cropping the main 64MP rear sensor when taking video and some measure of EIS which is on par with other midrange phones at this price point. 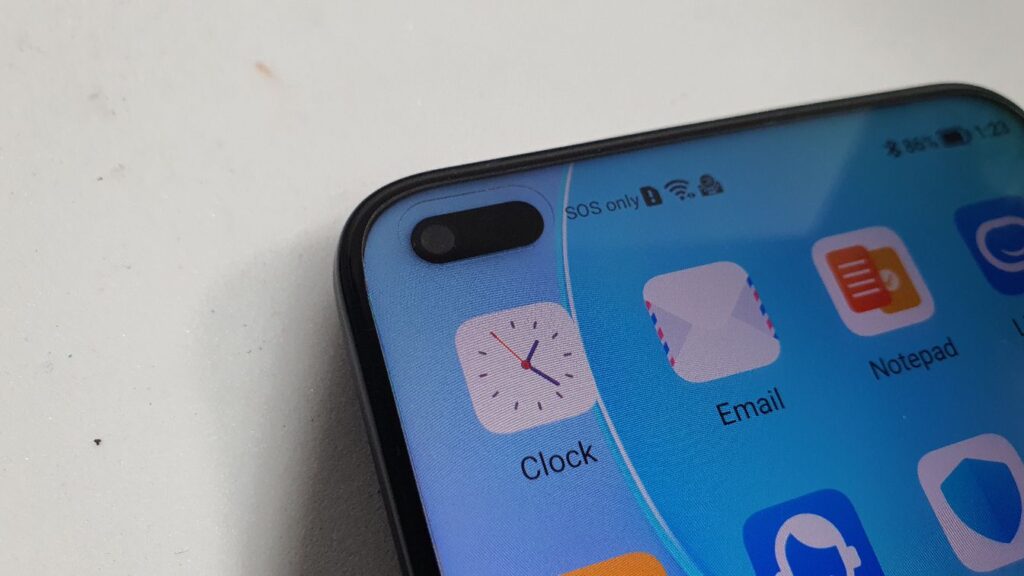 The user interface features the usual modes including a dedicated Night mode for low light scenarios, the obligatory Pro mode and a Super Macro mode that uses the 2MP macro camera to capture close-ups from 4cm away.

The primary 64 camera handles most of the grunt work with the wide camera enabled only if you default to it in camera or video mode. While there’s no optical zoom, the main 64MP camera does have 8x digital zoom.

Results from the ultra wide and primary rear camera of our nova 8i review unit deliver best results in daylight conditions though low light shots are predictably soft with middling dynamic range. 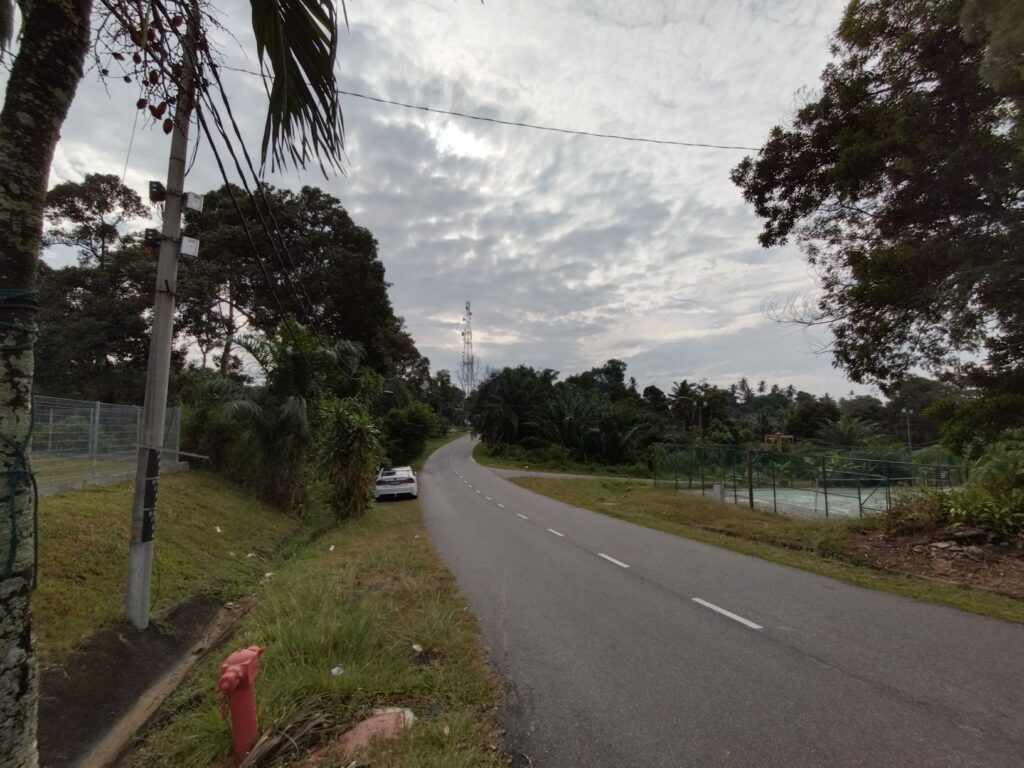 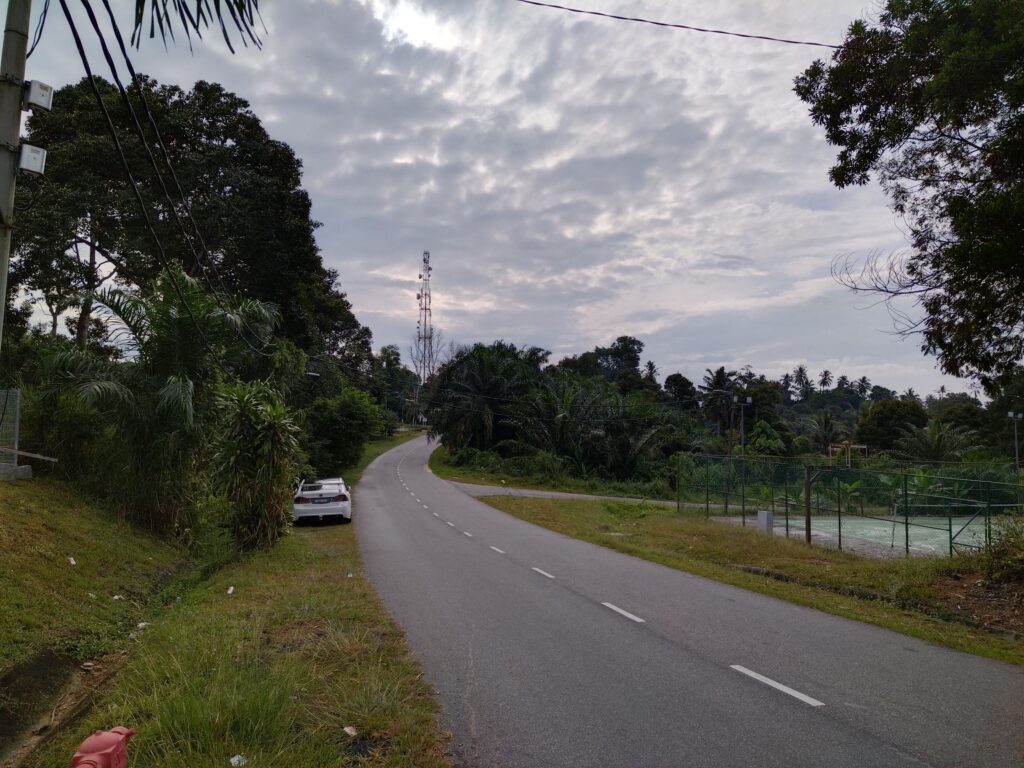 Captured with the Huawei nova 8i primary camera 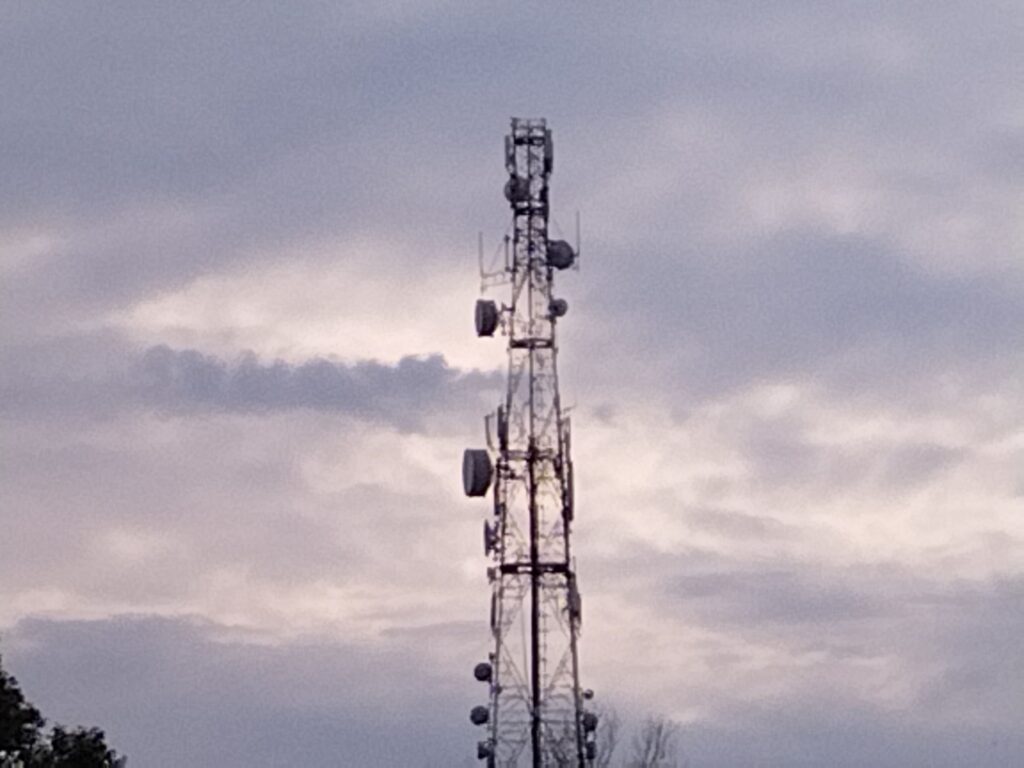 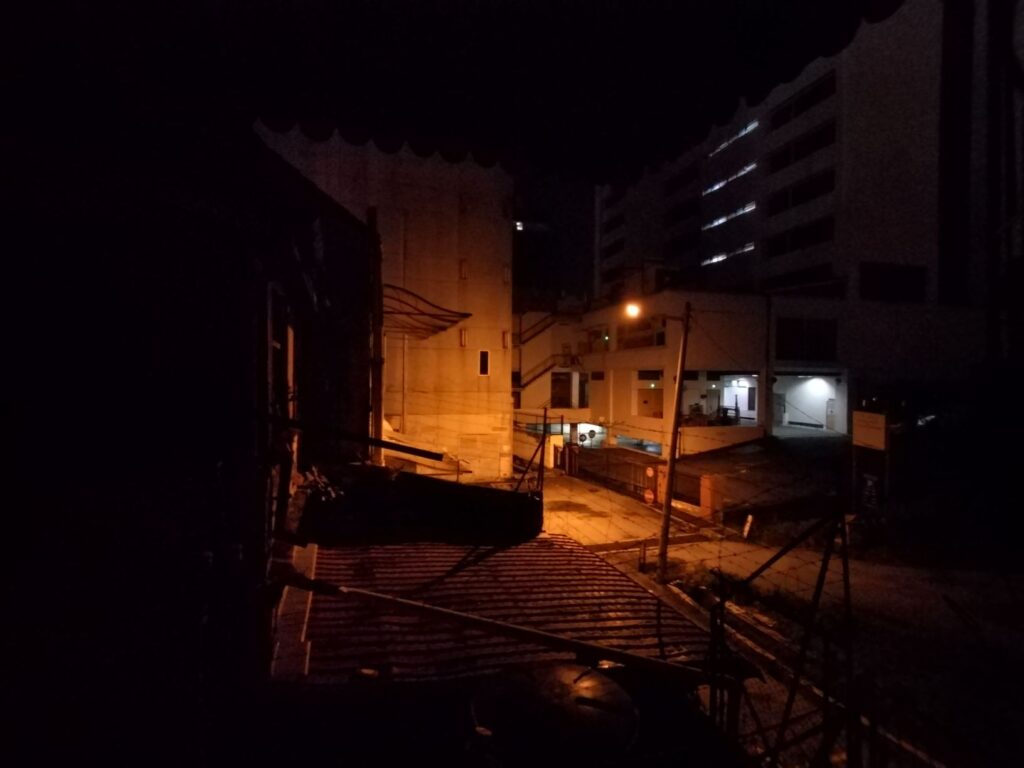 Taken after dusk on the rear ultrawide angle camera. 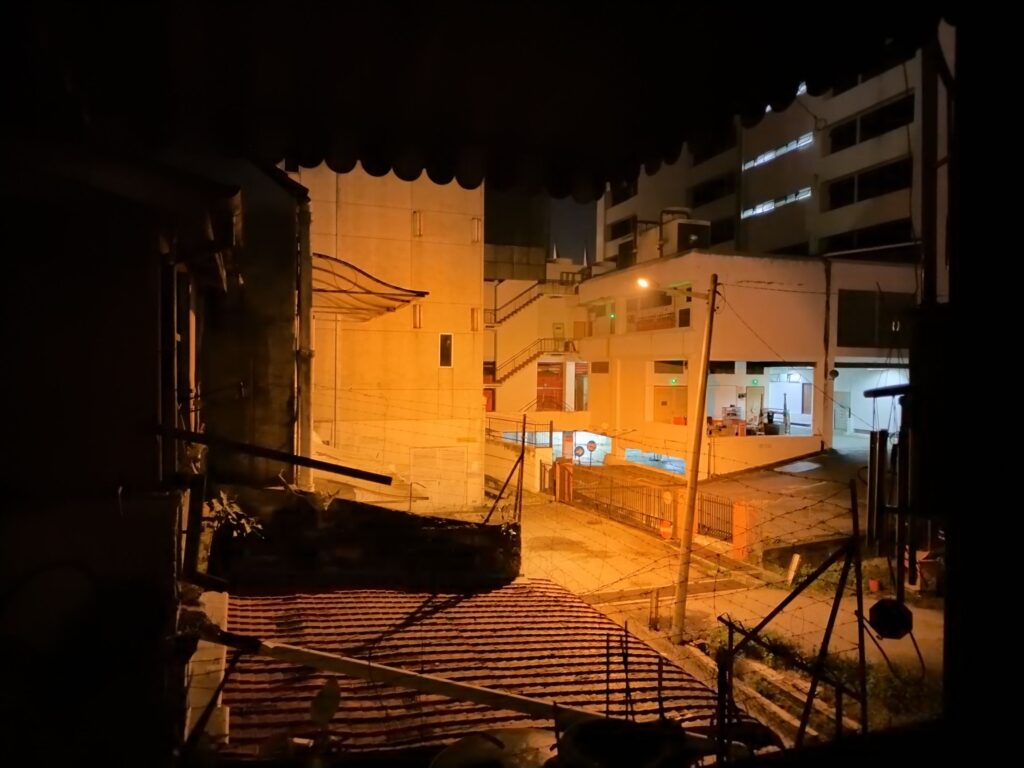 Captured with the primary rear camera on with Night mode on 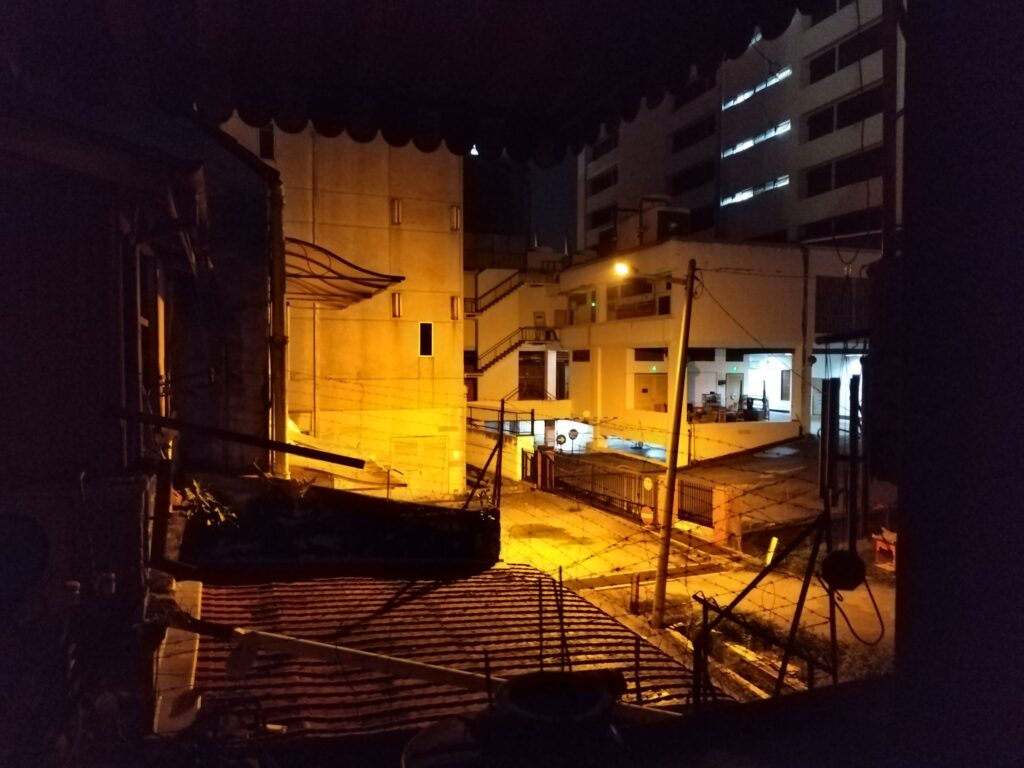 Captured with the primary rear camera on auto mode

Shots with the Super Macro mode need bright light or natural daylight to work and indoors lighting makes for grainy results. Front selfies are pretty good with the front display turning white as an ad hoc flash and the provided AI Beauty mode offering baby smooth complexions though this can be dialled down (or up) to taste.

Videos are captured primarily in 4:3 or 1:1 aspect ratio though oddly 16:9 is missing for both the front and rear cameras. They’re serviceable with fairly nimble focus for the rear camera though low light videos look somewhat dim and soft so aspiring auteurs need to record their footage in daylight or bring a camera light with them. 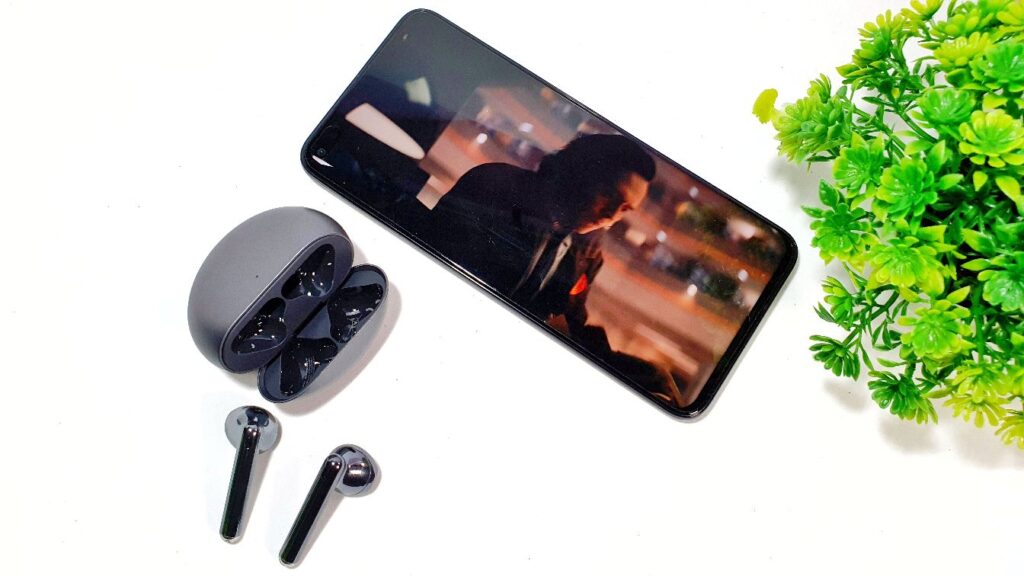 To be fair, the nova 8i’s cameras aren’t intended to take on the likes of the P40 Pro which is in another category entirely but it’s on par among its contemporaries in the circa-RM1,300 price range and does edge out a bit with a with a slightly larger than average 64MP main camera.

Should you buy the Huawei nova 8i?

The Huawei nova 8i is a fair choice for users who need a budget phone that hosts a large display – and this phone has one of the largest in its price range – and long battery life.

It does require a bit of extra legwork to get the apps you want as many of them need to be sideloaded which adds a certain level of complexity to using it.

Where its primary appeal lies though is that it’s intended to be part of a growing ecosystem of seamlessly interconnected Huawei gear with fast, efficient pairing to their wireless earbuds, monitors and laptops. If you’re already invested in other Huawei gear, this is well worth a look. 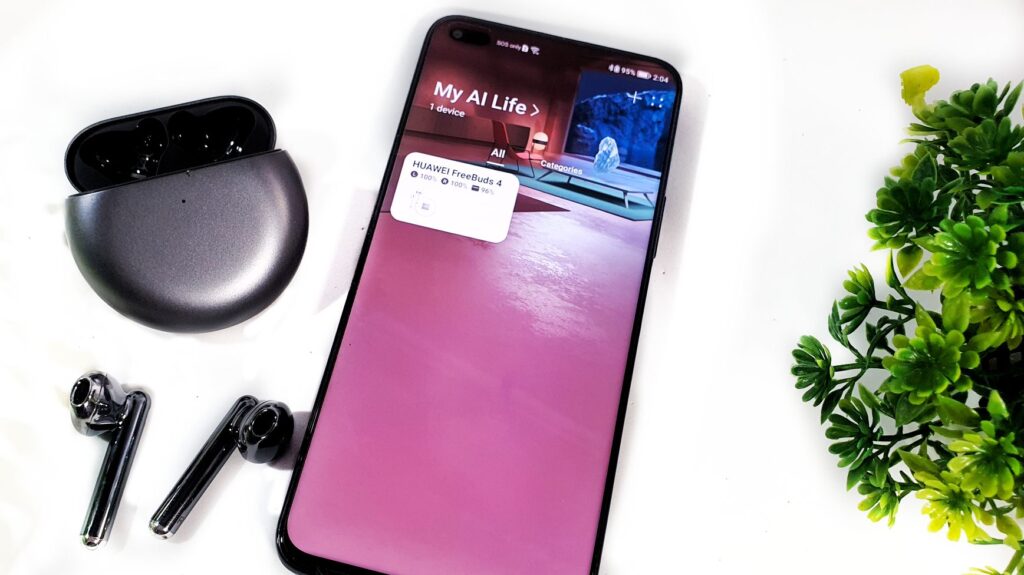 The Huawei nova 8i is a fair choice for users who need a budget midrange phone with a large display – and this phone has one of the largest in its price range – and long battery life.