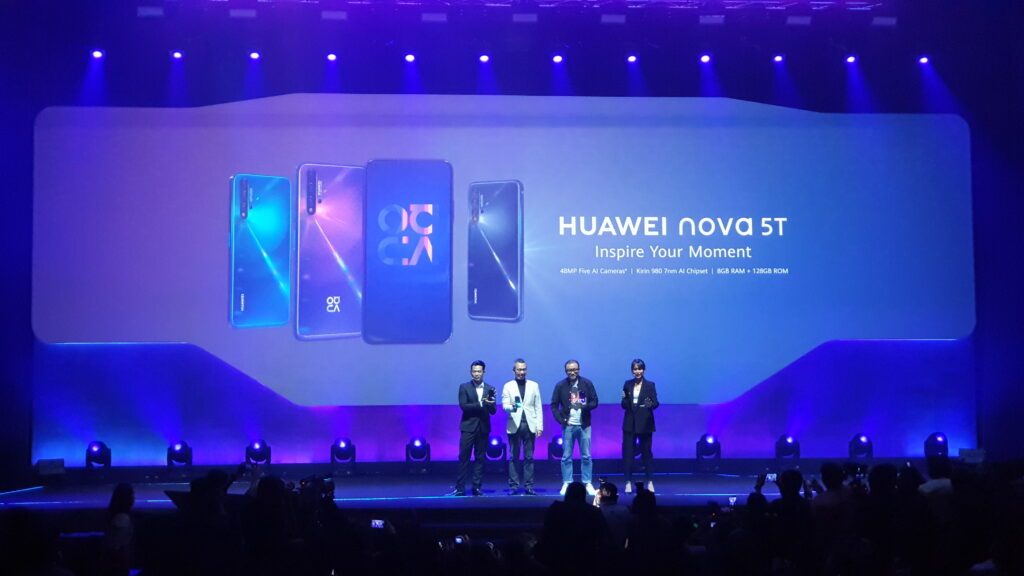 In a world first, Huawei has launched a phone in Malaysia which is the latest addition to their style-oriented nova series dubbed the Huawei nova 5T. First glimpsed at KL Fashion Week a few days ago, the Huawei nova 5T is making its official debut today where the brand revealed more details on its hardware, and more importantly, how much it costs.

The Huawei nova 5T brings to the table a whole host of flagship class hardware seen on the P30 series phones. 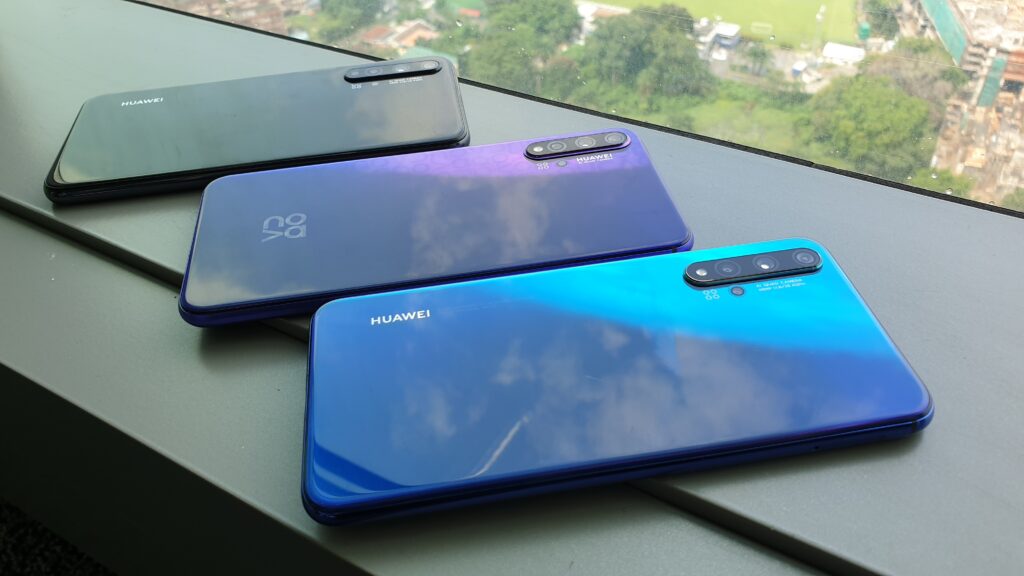 The phone comes with a 6.26-inch FHD+ Fullview display with a punch-hole notch in the upper left corner for the 32-MP F/2.0 selfie camera which has AI enhancements to take better selfies. Under the hood the nova 5T runs the latest Android 9.0 overlaid with their EMUI 9.1 user interface on a Kirin 980 octacore processor which also integrates a dual Neural Processing Unit (NPU) that enhances performance, gaming and image quality. This comes mated with 8GB RAM and 128GB of non-expandable storage. 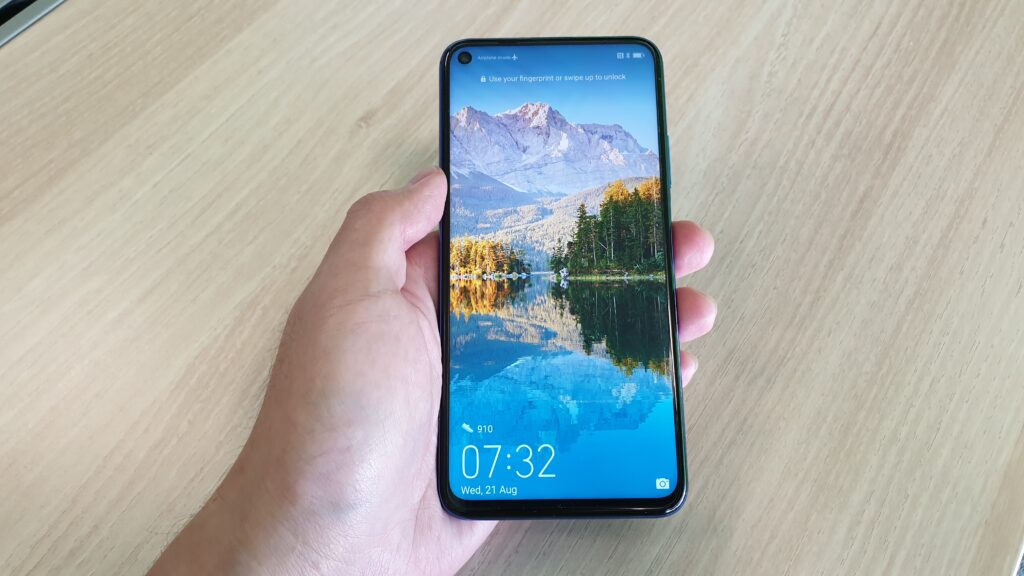 The rear camera array is especially impressive as the phone comes with a quad camera array. This array consists of a primary 48-MP camera F/1.8 camera, a secondary 16-MP F/2.2 with a wide angle lens, a 2-MP F/2.4 camera with a bokeh lens and a 2-MP F/2.4 macro lens for close-up shots at 4cm distances. 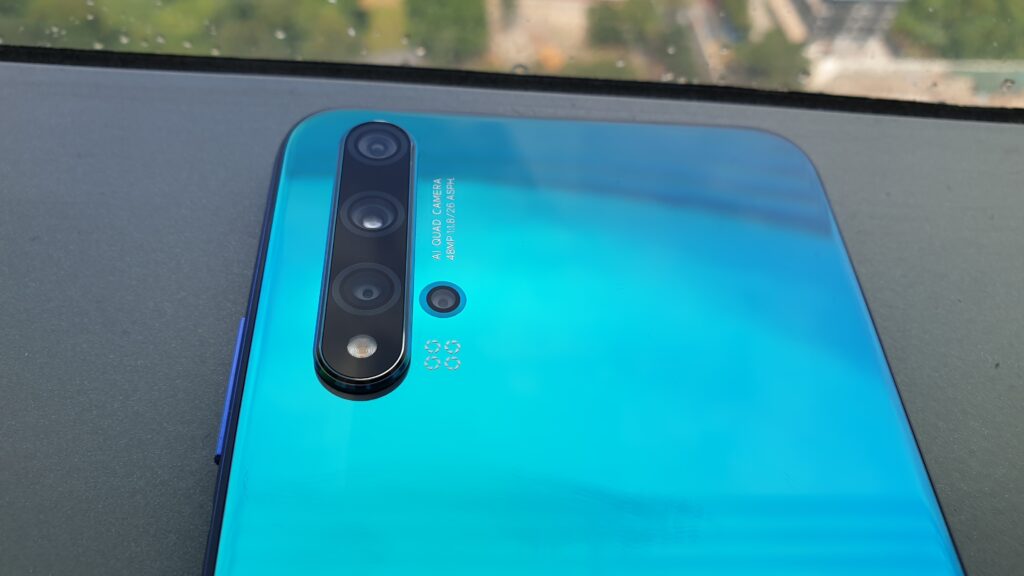 Keeping it all powered is a 3,750mAh battery which has 22.5W SuperCharge tech which gives it a 50% charge in 30 minutes. Other mod-cons include a side-mounted fingerprint reader with swift 0.3 seconds unlocking. In terms of colour choices, the Huawei comes in three fetching colours dubbed Midsummer Purple, Crush Blue and Black with a chassis that is just 7.87mm thin and weighing just 174g.

Huawei also took the opportunity to launch the MediaPad M5 Lite slate that comes with a 10.1-inch 1,920 x 1,200 resolution display, an octacore processor, quad speakers tuned by Harman Kardon and a 7,500mAh battery with QuickCharge tech. 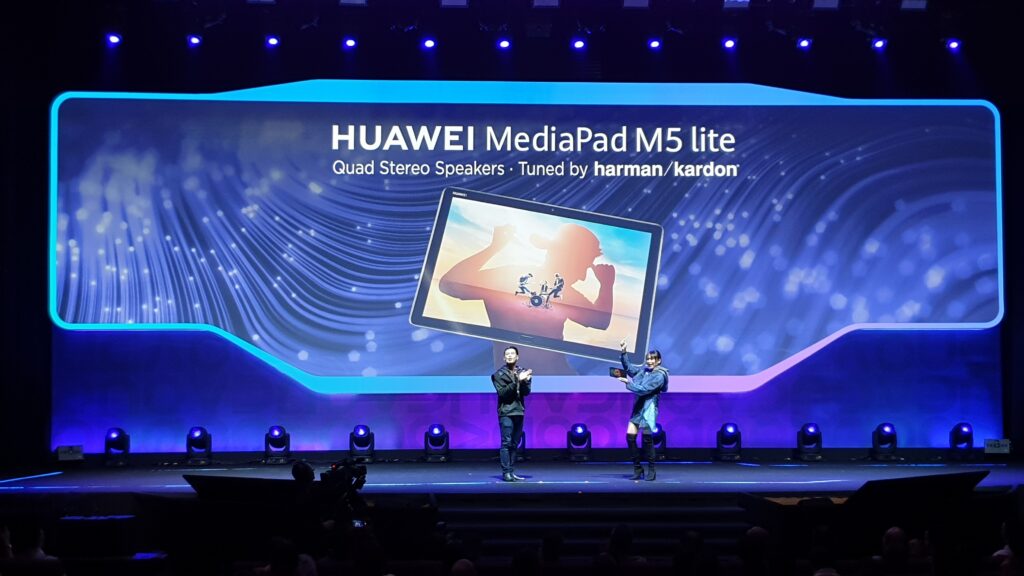 How much is the Huawei nova 5T and MediaPad M5 Lite?

In Malaysia, Huawei is launching the nova 5T at a price of RM1,599. Preorders start from 29 August onwards and if you hustle and preorder the nova 5T, you can get free gifts worth a generous RM325. These free gifts consist of a Huawei mini speaker worth RM198, a Huawei SuperFast Car Charger worth RM127 and a one year extended warranty. 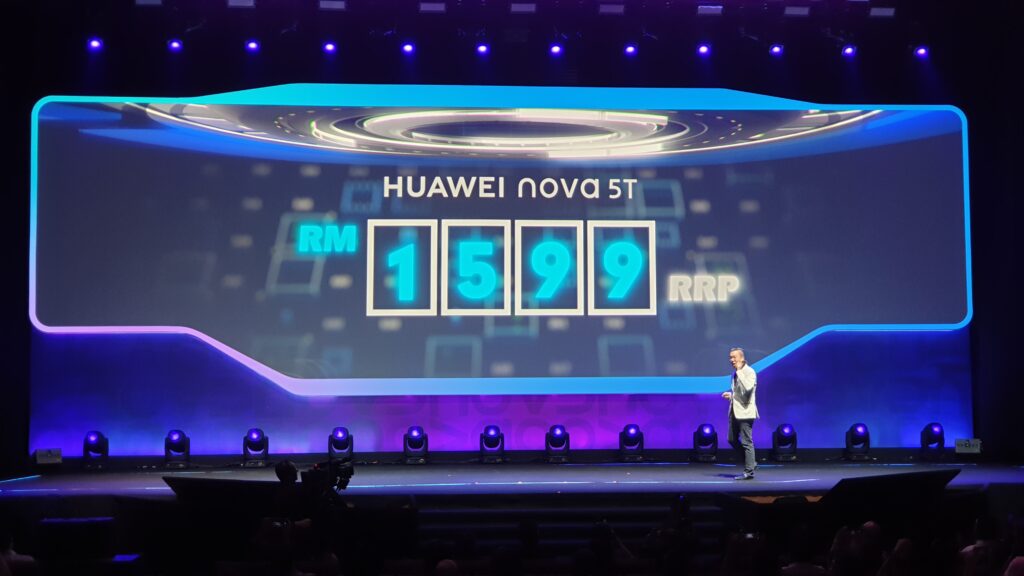 The phone is slated to arrive at all Huawei stores and partner stores nationwide on 7 September 2019. Also available is a level-up trade-in programme that allows users to trade in older Huawei kit for rebates on retail launch day. 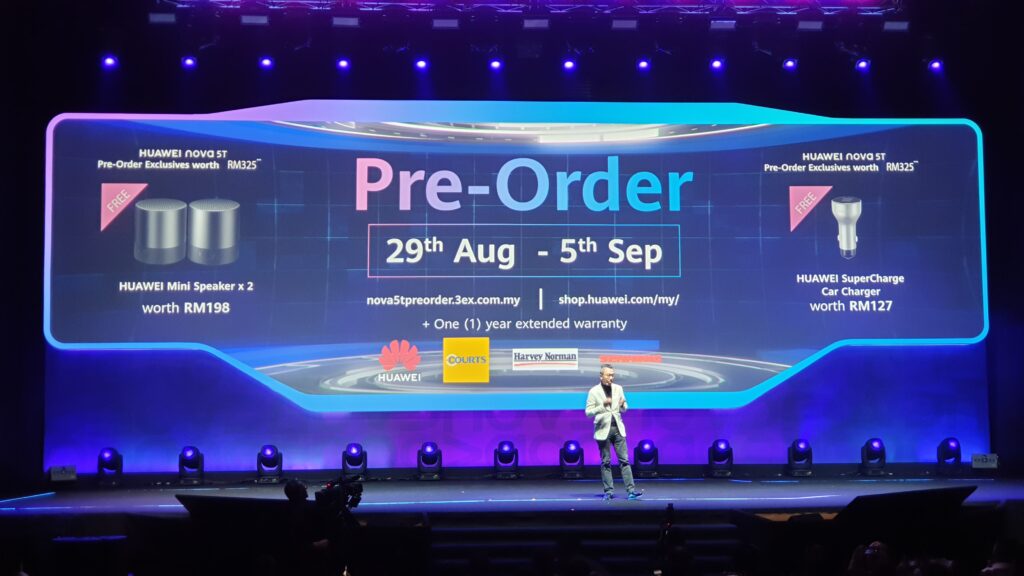 The Huawei MediaPad M5 lite retails for RM1,299 and is up for preorders from 29 August to 5 September 2019 with a free Huawei CM510 mini speaker and a bundled Huawei M Pen stylus for RM268.

To preorder the Huawei nova 5T, swing by their preorder website at https://nova5tpreorder.3ex.com.my or at https://shop.huawei.com/my