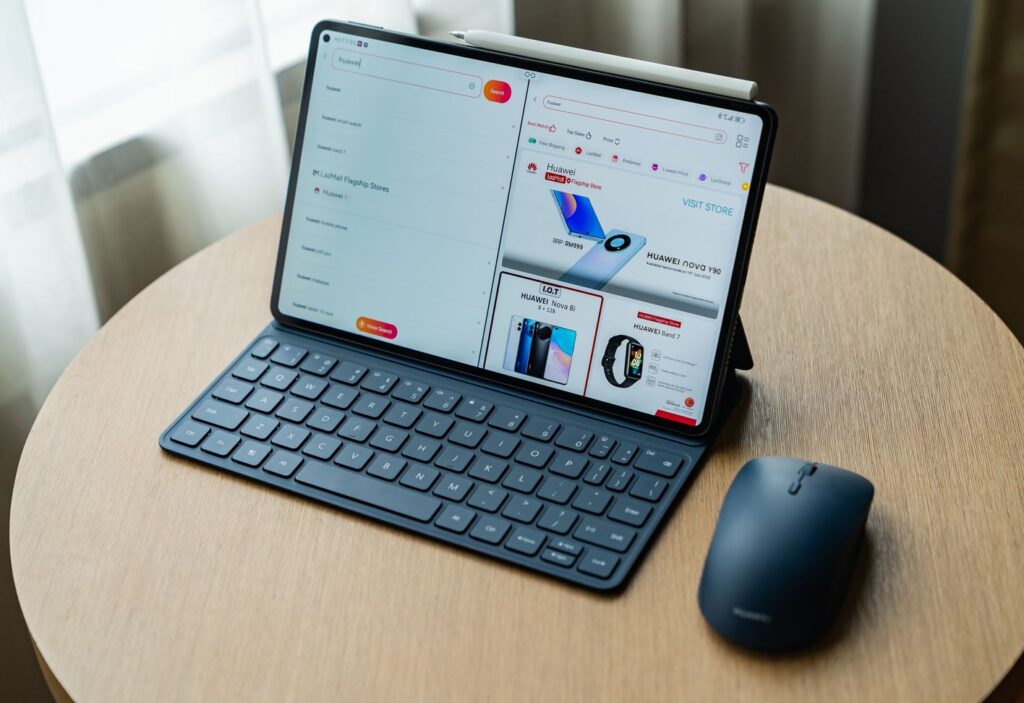 If you’re on the hunt for a compact tablet that can sketch, take notes and tackle all the usual tasks expected of a slate, you’re in luck as the HUAWEI MatePad Pro 11 Malaysia preorder programme is now live with prices starting from RM2,999 and RM1,400 in free gifts.

Launched at their regional HUAWEI APAC Smart Office 2022 launch in Bangkok, the HUAWEI MatePad Pro 11 is one of their first tablets to run Harmony OS 3.0 which is visually similar to their current EMUI 12 firmware but has a slew of connectivity enhancements they’ve dubbed as ‘Super Device’ support to make pairing with other gear faster and more seamless. 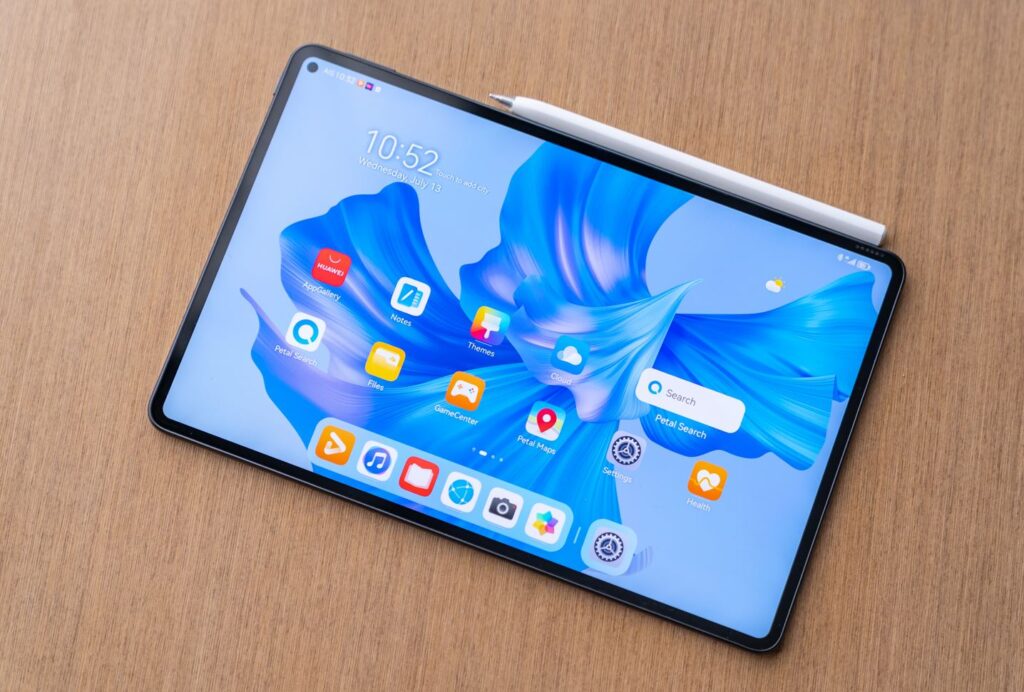 The new MatePad 11 Pro tablet comes in two different variants that primarily differ in storage, what processor they pack  and also 4G LTE connectivity. Both variants do have an 11-inch WQXGA OLED display that has a smooth 120Hz refresh rate, support for the P3 colour gamut and a 92% screen-to-body ratio while having a relatively crisp 274ppi. Also common to both variants is a 13MP F/1.8 rear camera that can capture 4K video and a front-facing 16MP F/2.2 camera that can take Full HD video for video calls.

The higher end version of the HUAWEI MatePad Pro 11 comes with a Snapdragon 888 processor with a SIM card slot for 4G LTE connectivity and has 256GB of onboard expandable storage. It also has an 8,300mAh battery with 66W SuperCharge support and to get you started they throw in a 40W SuperCharge charger in the box on the house.

The more modest version of the HUAWEI MatePad Pro 11 is WiFi only and has a Snapdragon 870 processor, 128GB of onboard expandable storage and the same 8,300mAh battery as the SD888 version though it only has a 40W SuperCharge support. Fortunately, they bundle in a free 22.5W SuperCharge charger with the tablet.

The HUAWEI MatePad Pro 11 Malaysia is preorder starts from today until 25th August 2022 with the higher end 256GB/LTE version retailing for RM3,699 while the 128GB/WiFi only version retails for RM2,999. 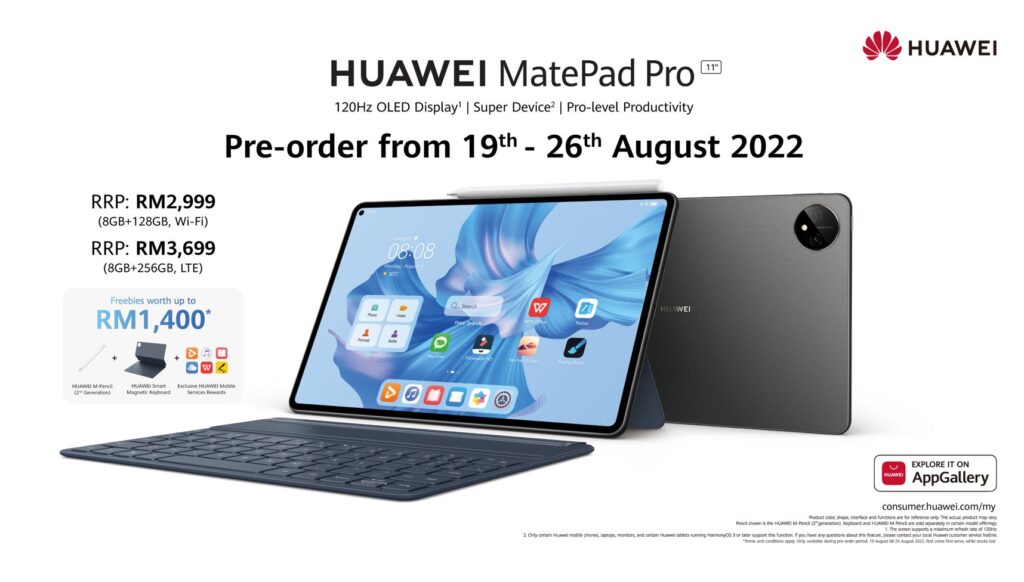 Preorders get a free 2nd gen M-Pencil stylus and the Smart Magnetic keyboard case which vastly expands its capabilities along with several app related freebies on the HUAWEI AppGallery that are collectively worth a cool RM1,400. For more details and to preorder it before it sells out faster than tickets to a BLACKPINK concert, check out HUAWEI’s official site here.