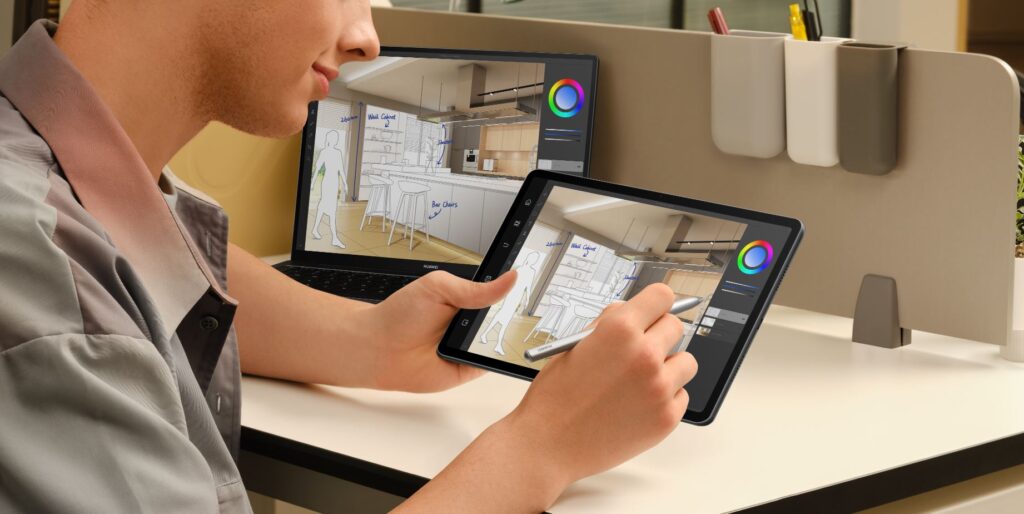 Huawei’s latest range of gear aims to take productivity to new heights as blend tempting prices with some unique multitasking features that are hard to match by the competition. In Malaysia, Huawei is offering the new MatePad 11 tablet up for preorder from RM1,999 and their new MateBook D15 series from RM2,999 with both coming with a slew of free gifts. 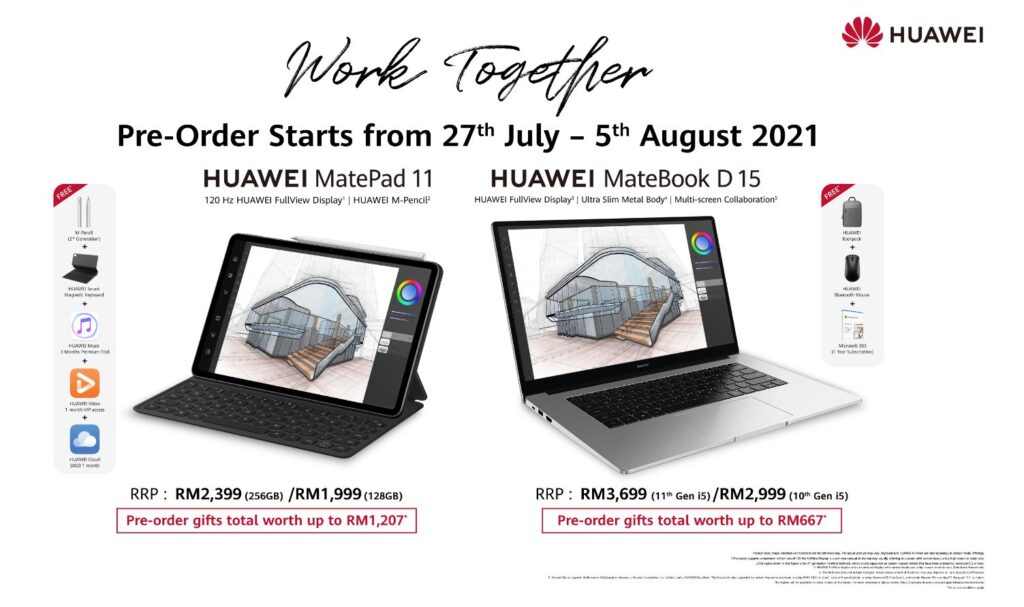 The Huawei MatePad 11 is their latest tablet that’s oriented for both value and performance with a selection of proven hardware and some refinements from Huawei’s own labs.What elevates it beyond the norm is that it’s able to seamlessly pair up with a Huawei laptop like the MateBook D15 to act as a second screen or to mirror content from the laptop itself and vice versa. 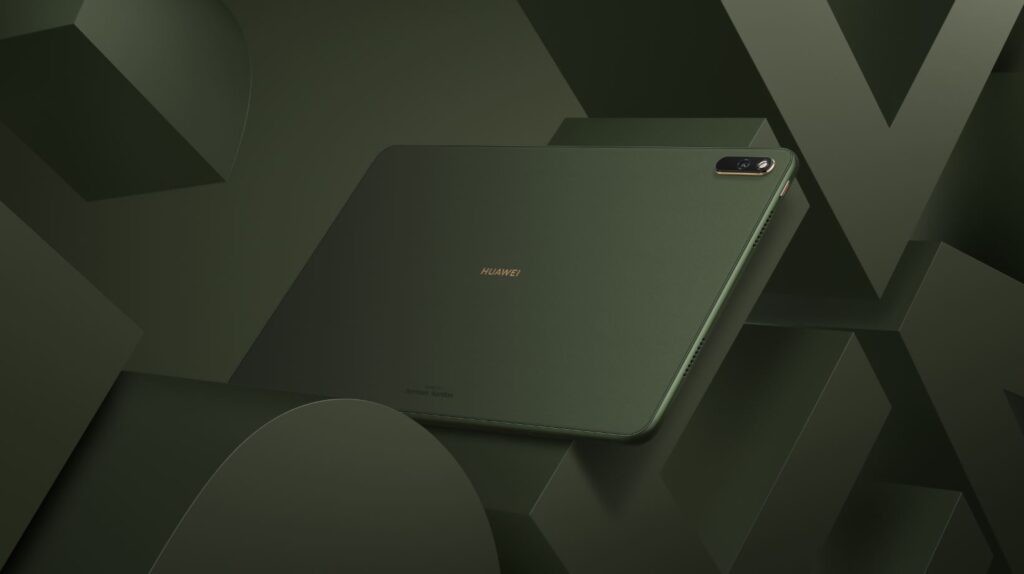 In Malaysia, the MatePad 11 comes with a 10.95-invh WQXGA resolution display with support for the DCI-P3 colour gamut and a very respectable 120Hz refresh rate.

This is paired with a proven Snapdragon 865 processor running Huawei’s own HarmonyOS 2.0 firmware with apps via their own AppGallery paired with 6GB RAM and and either 128GB or 256GB storage expandable via a microSD card slot.

The rear comes with a 13MP camera while the front has an 8MP selfie camera. Battery life off its 7,250mAh battery is rated for a respectable 12 hours of video playback which is plenty for all-day use. Even better, the MatePad 11 supports Huawei’s 2nd gen M-Pencil stylus and has a keyboard case that makes it a compact option for work on the go. 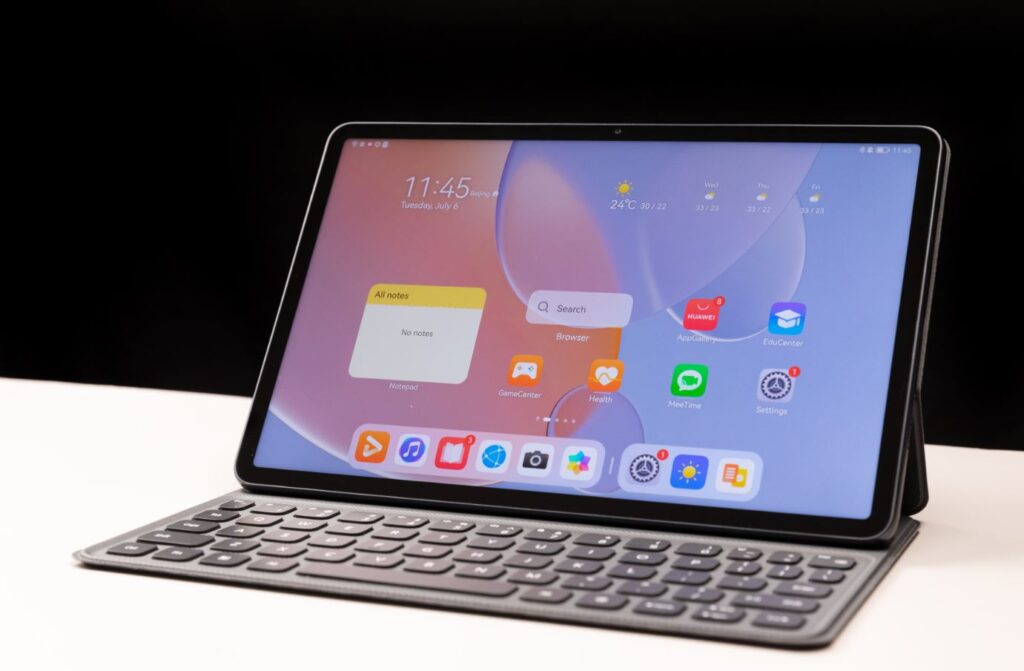 What makes the preorder especially good is that they’re throwing in RM1,207 in free gifts that include the 2nd gen M-Pencil stylus, a smart magnetic keyboard, 50GB Huawei Cloud access for 1 month, 1 month of free Huawei video access and 3 months of free Huawei music access and a free voucher for Huawei books. Preorders are available on the Huawei online store, Lazada and Shopee store.

The Huawei MateBook D15 laptop first debuted with a 10th Gen Intel Core i3 CPU but Huawei is now offering up two new variants with beefier performance under the hood for preorder.

In Malaysia, they are offering the MateBook D15 with a 10th Gen or 11th Gen Intel Core i5 processor for RM2,999 and RM3,699 respectively. Both variants come with 8GB RAM but the 10th Gen packs 256GB storage while the 11th Gen comes with 512GB storage. 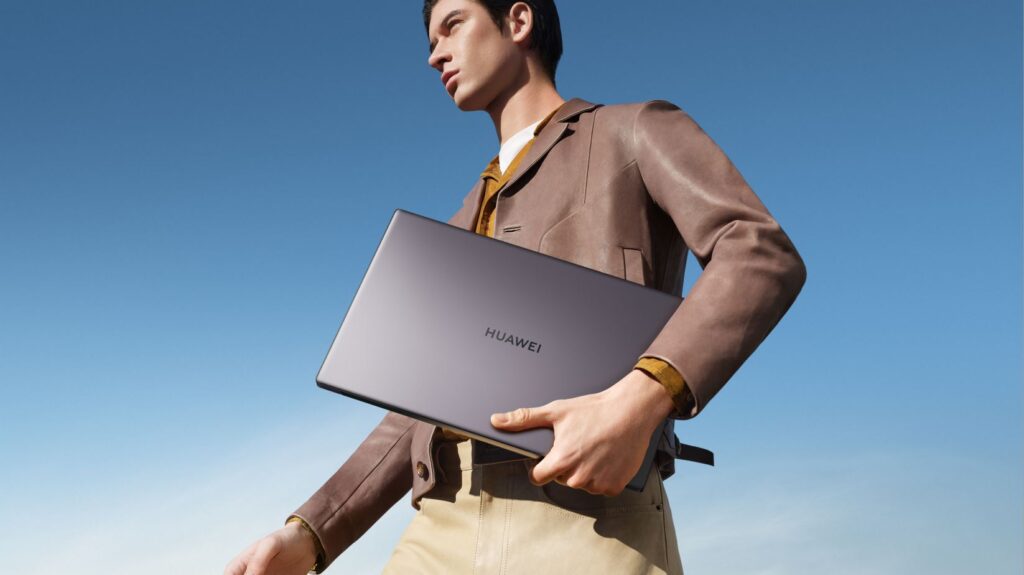 Regardless of variant, all MateBook D15 laptops feature a 15.6-inch Full HD IPS LCD display. Preorders of the new MateBook D15 10th Gen or 11th Gen version will get RM667 in free gifts that include a backpack, Bluetooth mouse and 1 year of Microsoft Office 365.

For those looking for a more affordable option, Huawei is also offering the MateBook D14 laptop with a 10th Gen Intel Core i3 which costs RM2,699 at retail but which will cost RM2,299 – an RM400 discount – along with a free backpack and Bluetooth mouse. 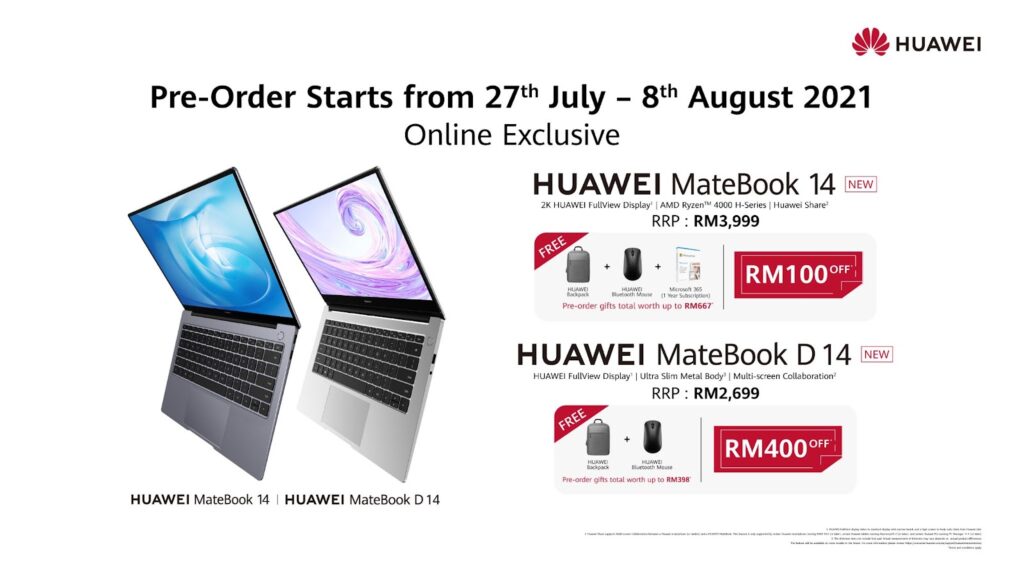 The Huawei MateBook 14 with an AMD Ryzen 5 4600H CPU, 8GB RAM, 512GB SSD and a 14-inch display retails for RM3,999 at retail but for the preorder Huawei will throw in an RM100 discount off the price and throw in the same preorder free gifts deal as the MateBook D15 with a free backpack, Bluetooth mouse and 1 year of Microsoft Office 365.To check out the preorders, swing by Huawei’s official store on https://shop.huawei.com/my/ and their online stores on Lazada and Shopee