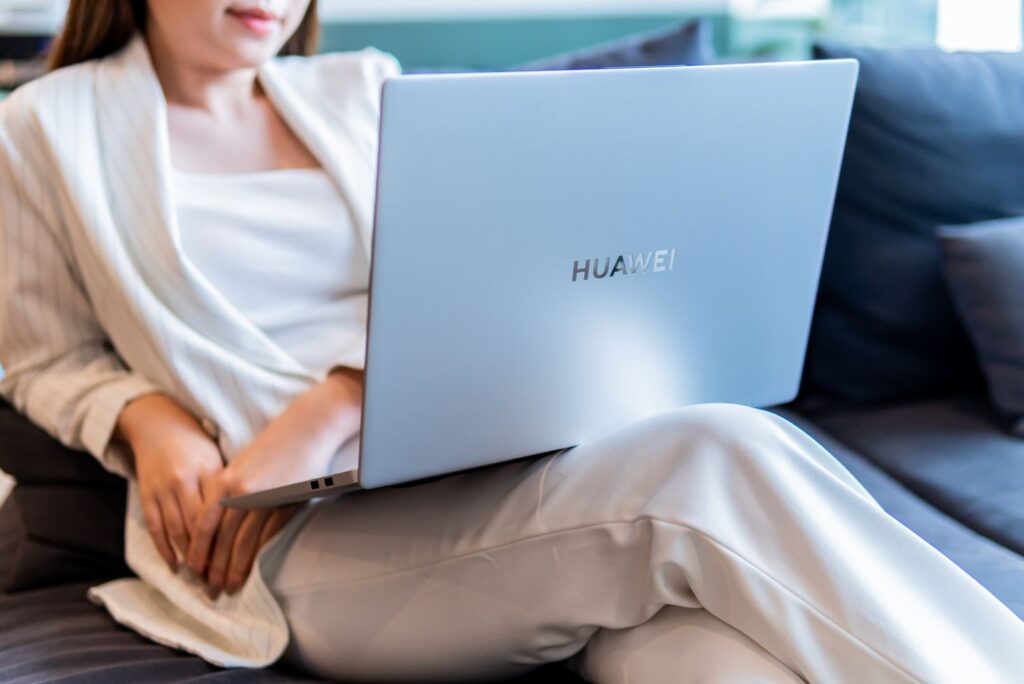 Huawei has revealed a slew of new MateBook series laptops along with a smattering of other offerings ideal for new hybrid work environments in their recent Huawei APAC Smart Office Launch 2022 that has just taken place in Bangkok, Thailand. 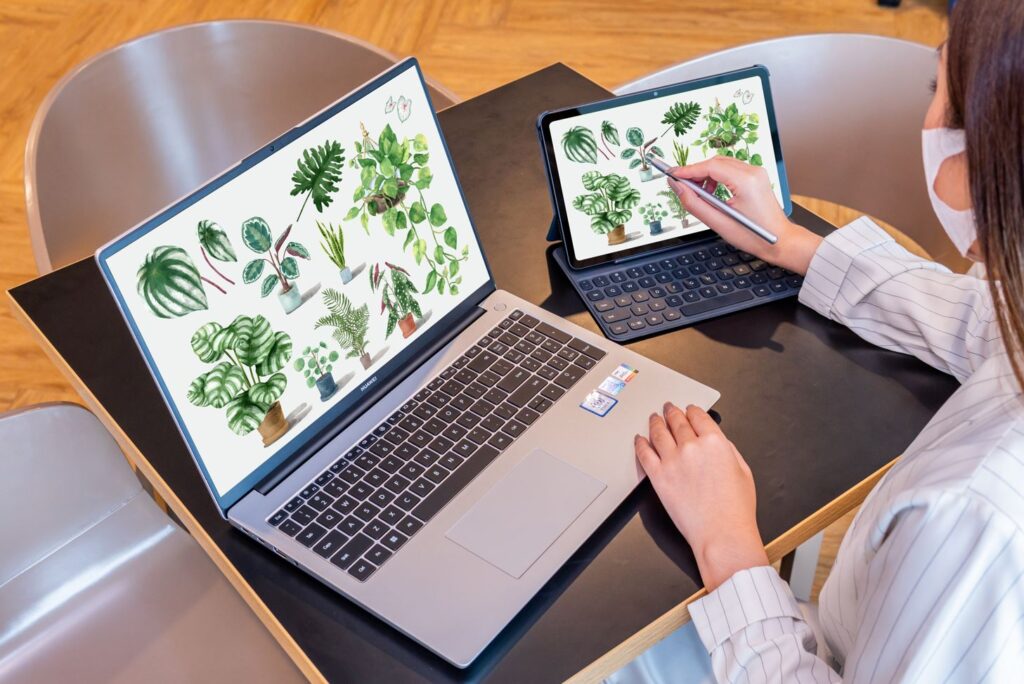 Huawei MateBook series laptops like the new MateBook D 16 and MateBook 16s act as the cornerstone of their Smart Office ecosystem, offering seamless pairing and interconnectivity with their phones, tablets and more for superior productivity.

What is the Huawei MateBook D 16 and MateBook 16s

Both the new Huawei MateBook D 16 and MateBook 16s are the brand’s latest 16-inch laptops that are powered by 12th Gen Intel Core H-series processors.

Both laptops are designed for productivity related tasks with the primary difference being that the D 16 has a full sized keyboard with a numeric keypad, a non-touch display and a more affordable price point in general while the 16s has a touch capable display, a smaller keyboard and an enviable Intel Evo certification. 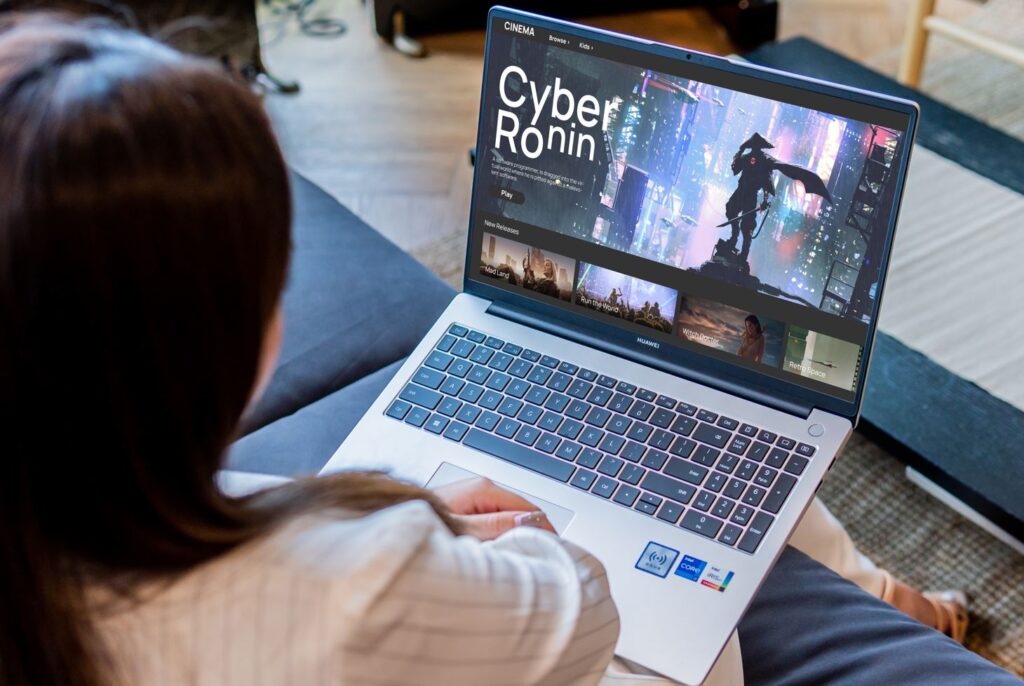 The Huawei MateBook D 16 clocks in with modest price tags, a large 16-inch display and a full sized keyboard with a numeric keypad.

Keeping it charged is a large 60Wh battery juiced by a 65W USB-C Huawei SuperCharge charger. Other mod-cons include fast WiFi 6, a fingerprint reader that doubles as a power button, a full sized keyboard with a numeric keypad that makes it great for number crunchers and a 1080P camera for video calls.

The Huawei MateBook 16s has a generally higher set of specifications and is intended for those prizing performance and portability at a premium. You get a 16-inch 2.5K touch display with a 3:2 aspect ratio, a 12th Gen i7-12700H CPU, faster 16GB LPDDR5 RAM, a 1TB NVMe PCIe SSD and Iris Xe graphics. 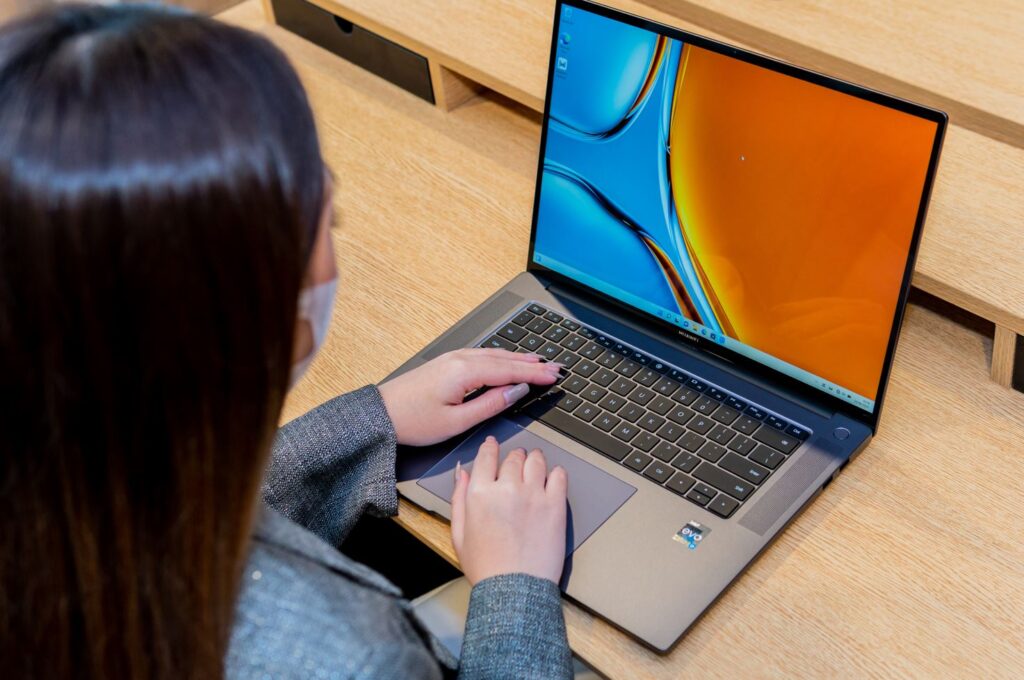 It also has a fast Thunderbolt 4 port, fast WiFi 6E, a similar fingerprint reader/power button as the D 16 and a top-mounted 1080P camera for video calls. Keeping it powered is a large 84Wh battery juiced by a more powerful 90W USB-C charger. It also has the aforementioned Intel Evo certification which means that the laptop adheres to Intel’s strict requirements for performance, fast start-up times, speedy charging and at least 9 plus hours of battery life. These qualities make the MateBook 16s ideal for power users and corporate road warriors.

The workhorse Huawei MateBook D 16 will come in three different variants for Malaysia, each coming at three different price points that primarily vary in terms of what processor (12th gen i5 or i7 H-series) and how much RAM they pack under the hood though they all have the same 512GB SSD, Intel UHD graphics and the same 16-inch FullView display. 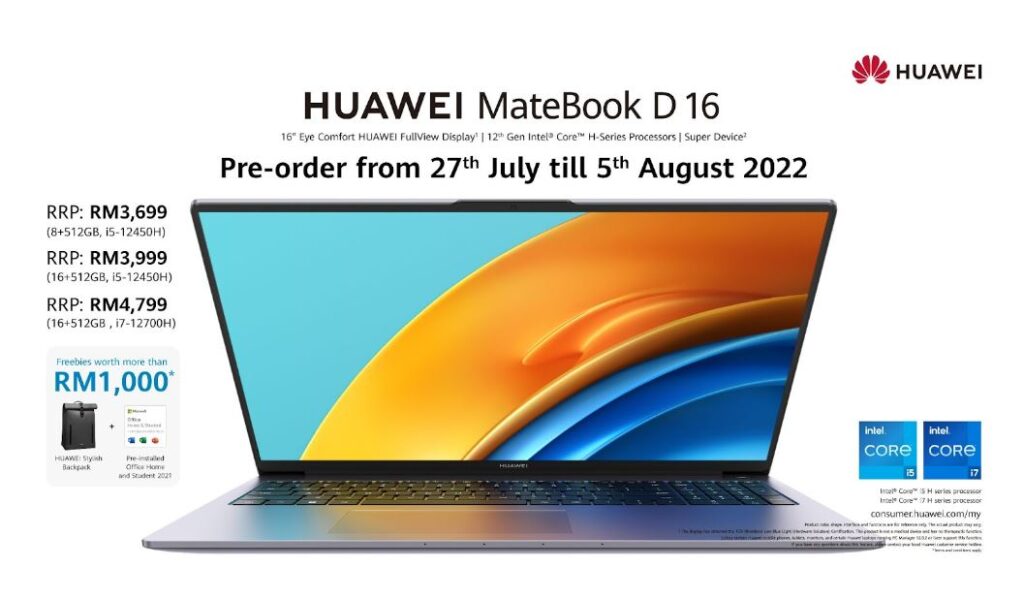 For all three MateBook D 16 variants, Huawei will be offering a special preorder programme which kicks off today and will be ongoing till 5th August 2022 with RM1,000 in free gifts. This RM1,000 in free gifts consists of a posh looking Huawei Stylish Backpack along with a free pre-installed copy of Microsoft Office Home and Student 2021 – both are immensely practical gifts and let you get stuck in and working the moment you get it out of the box. 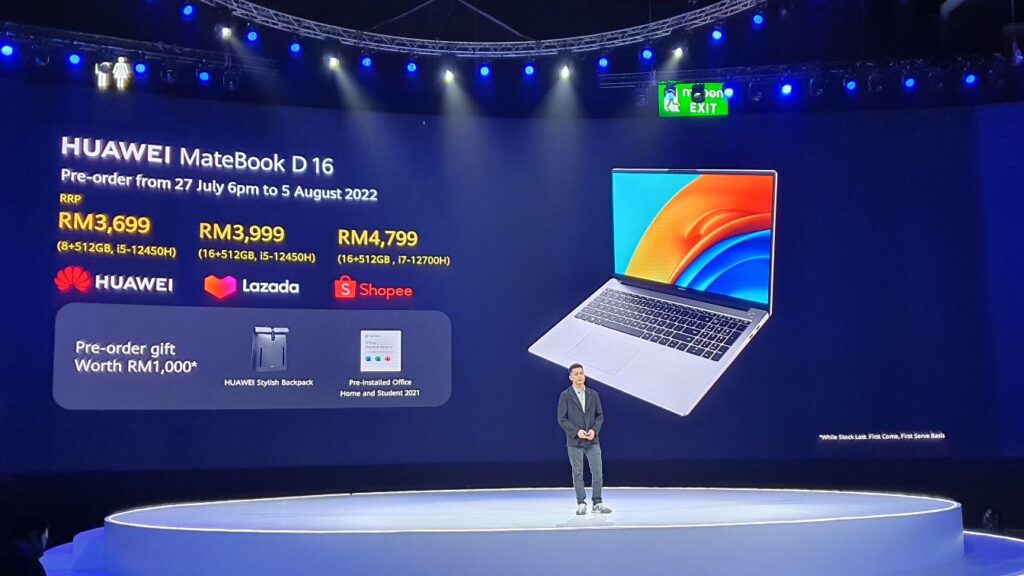 To preorder the HUAWEI MateBook D 16 in Malaysia, you can visit their official Huawei online store links below:

The Huawei MateBook 16s is also available for preorder in Malaysia with a similar preorder window from today till 5th August 2022 with one available configuration for Malaysia priced at RM6,799 with RM1,700 in free gifts. 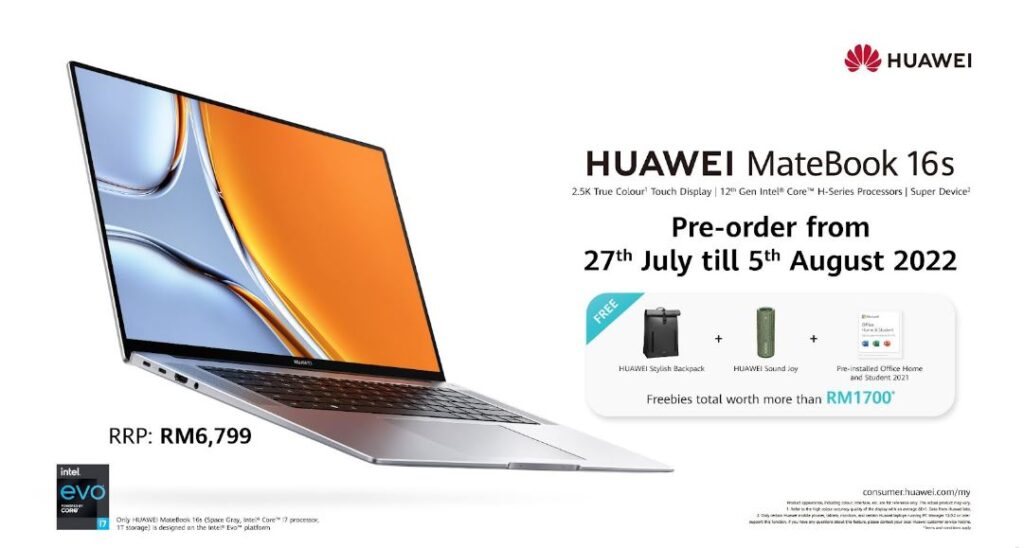 For the price of entry, the Huawei MateBook 16s has a 16-inch 2.5K True Colour touch display, a 12th Gen Intel Core i7-12700H CPU, 16GB RAM, 1TB SSD and Iris Xe graphics. The RM1,700 in free gifts consist of the same Huawei Stylish Backpack along with a free pre-installed copy of Microsoft Office Home and Student 2021 but you also get an additional Huawei Sound Joy wireless speaker added to the bundle.

To preorder the Huawei MateBook D16 in Malaysia, you can check out their official online store links below: