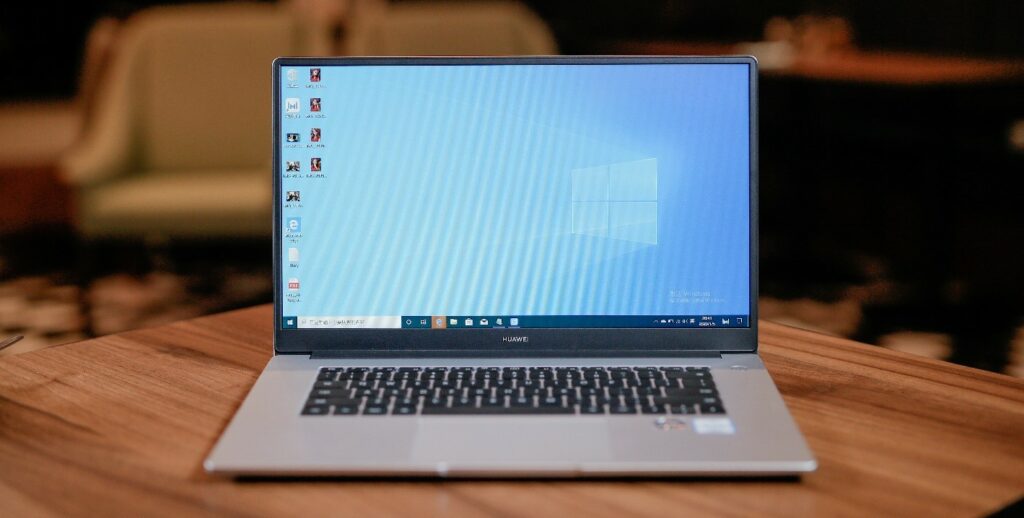 Previously we took a look at the external design and aesthetics of the MateBook D 15, Huawei’s latest notebook to hit the Malaysia market which notably comes with an AMD 3500U processor paired with Radeon Vega 8 internal graphics along with a surprisingly low price tag of RM2,499 which makes it well worth consideration for those on a budget, students and those looking for an affordable workhorse notebook. 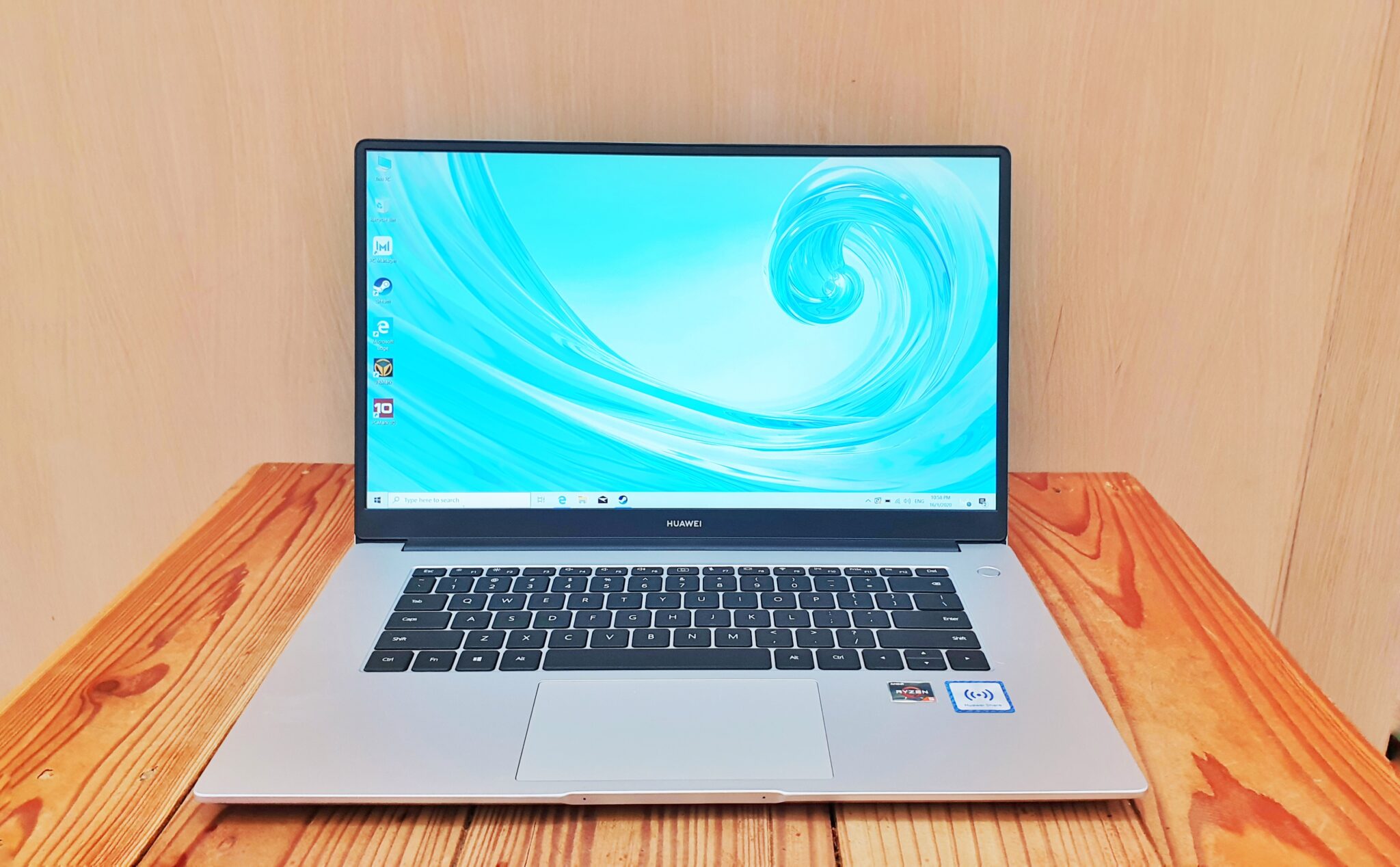 In terms of hardware, you’re getting a 15.6-inch Full HD resolution LCD display up front with extremely slim side and top bezels crammed into an aluminium chassis. Powering the whole affair is an AMD Ryzen 5 3500U mobile processor with integrated Radeon Vega 8 graphics with Windows 10 running under the hood.

The Ryzen 5 3500U CPU is built on a 12nm process and has 4 cores and 8 threads with a base clock speed of 2.1GHz with a maximum boost clock of up to 3.7GHz. This is complemented by 8GB DDR4 RAM and a dual-drive setup with the primary boot drive on a 256GB SSD and a larger 1TB drive for storage.

Minus the technobabble, this array of hardware is sufficient for daily computing needs – processing a Word document, crunching most spreadsheets, web browsing and, in a pinch, a bit of retro gaming. 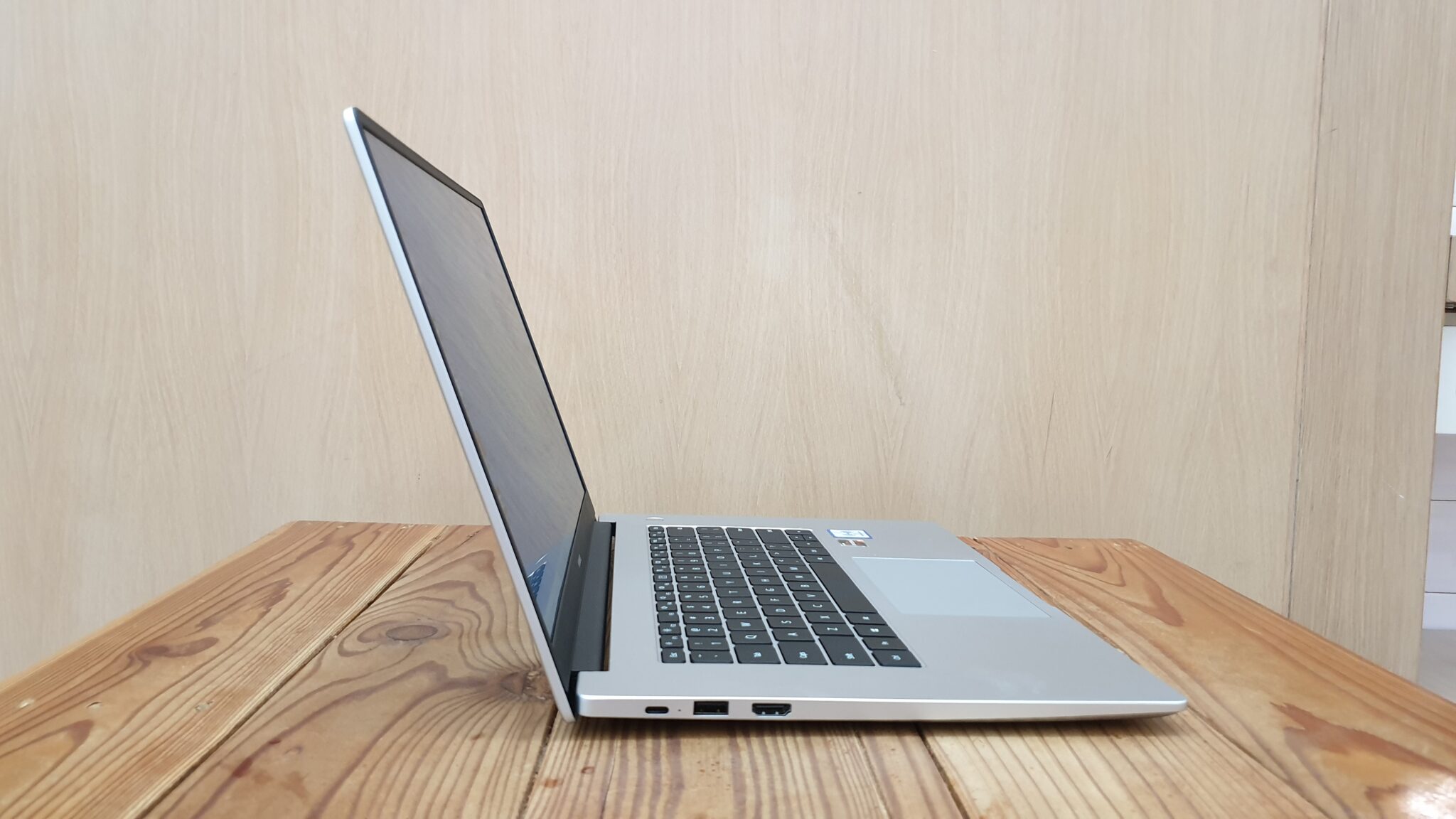 In order to keep this setup cool, it integrates a cooling fan that Huawei has dubbed as the Shark Fin Design 2.0 which is an improved version of its predecessor on the MateBook D which increases the number of fan blades by 33%, offers 27% better single-fan performance and has 27% better airflow while retaining the same noise levels.

In benchmarks, the notebook yielded a fair score analogous to somewhat similar setups like the recently releases Asus ZenBook UM431 which also has an AMD Ryzen 5 3500U CPU and Vega 8 graphics. 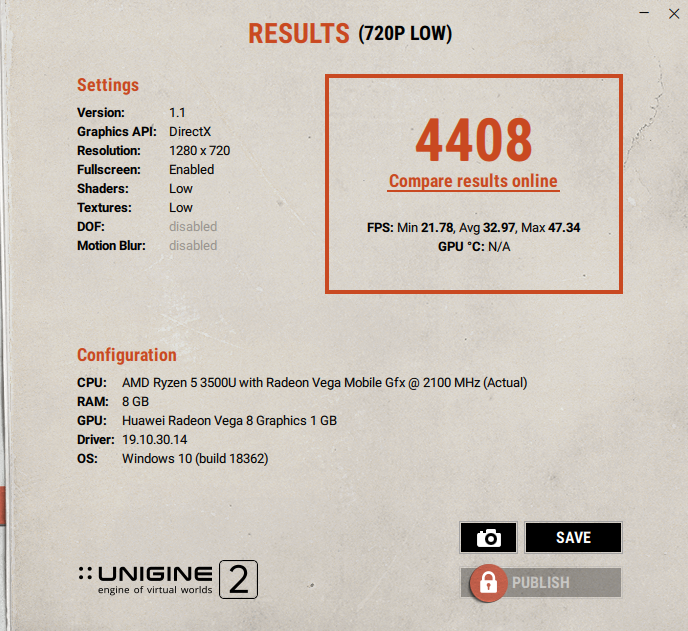 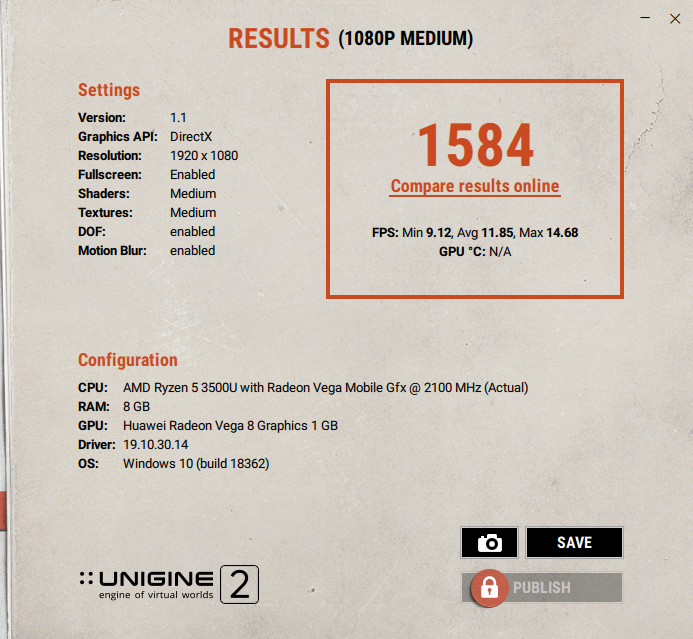 In benchmarks, it scored an understandably poor 579 points in 3D Mark Time Spy and a more respectable 5,237 points in Night Raid. In PCMark, it got a score of 2,952 points which indicates sound capabilities as a productivity oriented notebook.

In CinemaBench R20, it got a CPU score of 1,414 points which is just above a Core i5-3550 processor but still somewhere at the bottom ranking. In Unigine SuperPosition, it got middling results with just 9.12fps and a score of 1,584 points in 1080P Medium settings on account of a surfeit of VRAM – the notebook only has 1GB VRAM to go around but yields much better results with 22fps on average and 4,408 points at 720P low settings.

Under actual field conditions as a daily computing workhorse, the notebook did not disappoint and managed to comfortably keep a dozen open browsers in Chrome without keeling over, run Google docs and generally process the usual array of productivity related tasks. It was also capable of some last-gen gaming with PUBG and Apex Legends playable at 720P with settings set to low with an average frame rate of about 40fps.

While it does keep the notebook ticking along nicely, extended usage tends to get the MateBook D 15 running a bit on the hot side and the side cooling vents get uncomfortably warm after an hour or so of heavy use be it gaming or editing basic videos. 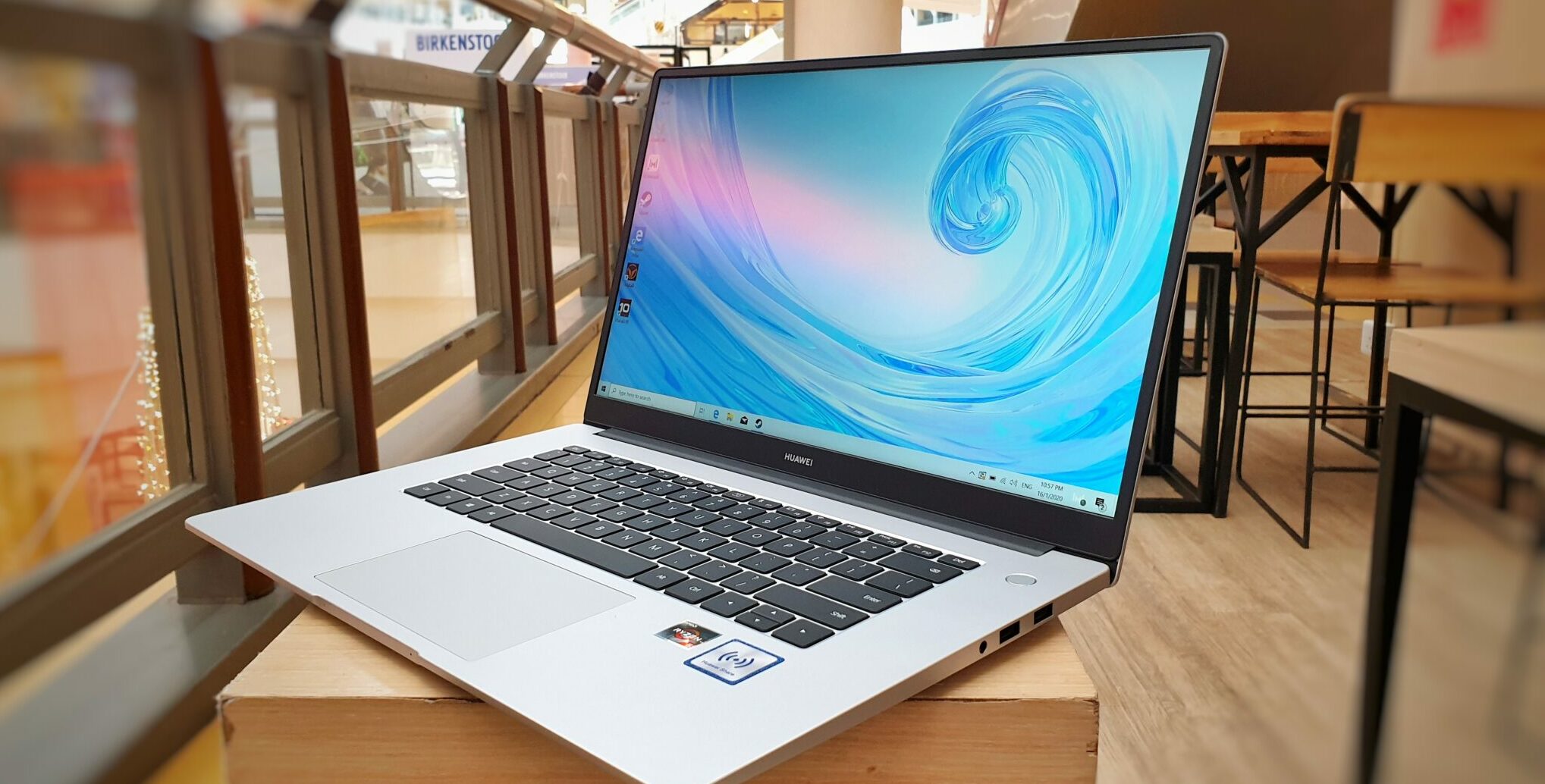 The provided keyboard proved to be exceptionally good on account of the generously sized palm rests, well spaced keys and excellent travel, giving it an edge over similarly specced, competing offerings that attempt to achieve a compromise on weight and size with more compact and less comfortable layout. 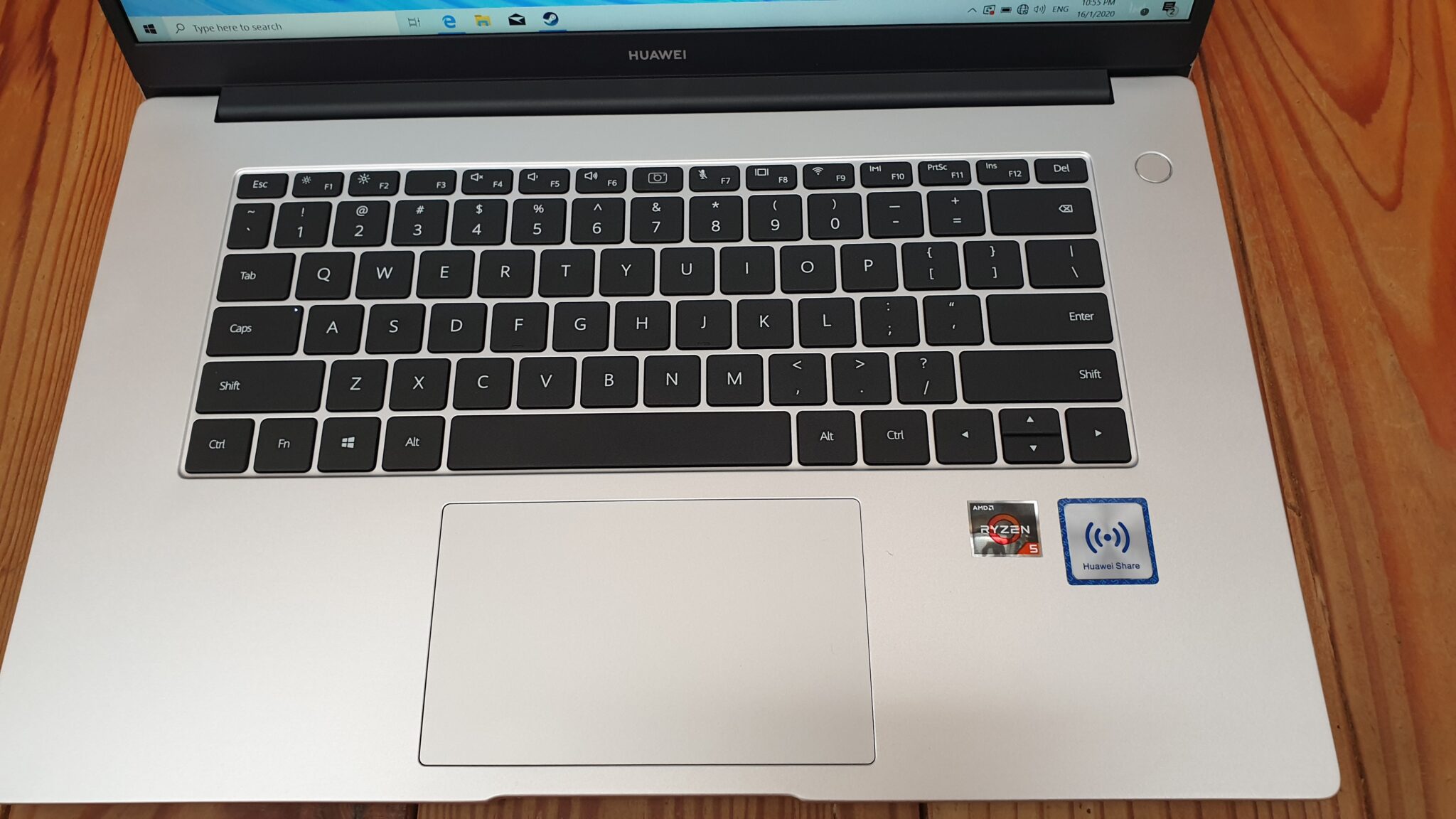 With some practice, we were able to achieve a comfortable 110wpm on the keys hammering out text though the lack of backlighting means you’ll likely not be using this in dimly lit conditions like plane cabins, inter-city buses and the like.

Privacy pundits will love the webcam which only pops-up if you press it. It delivers serviceable if unremarkable footage but the biggest quibble is that it has a rather odd viewing angle somewhat akin to the 2018 version of the XPS 13 which has it perfectly angled to film your nostrils more than anything else. 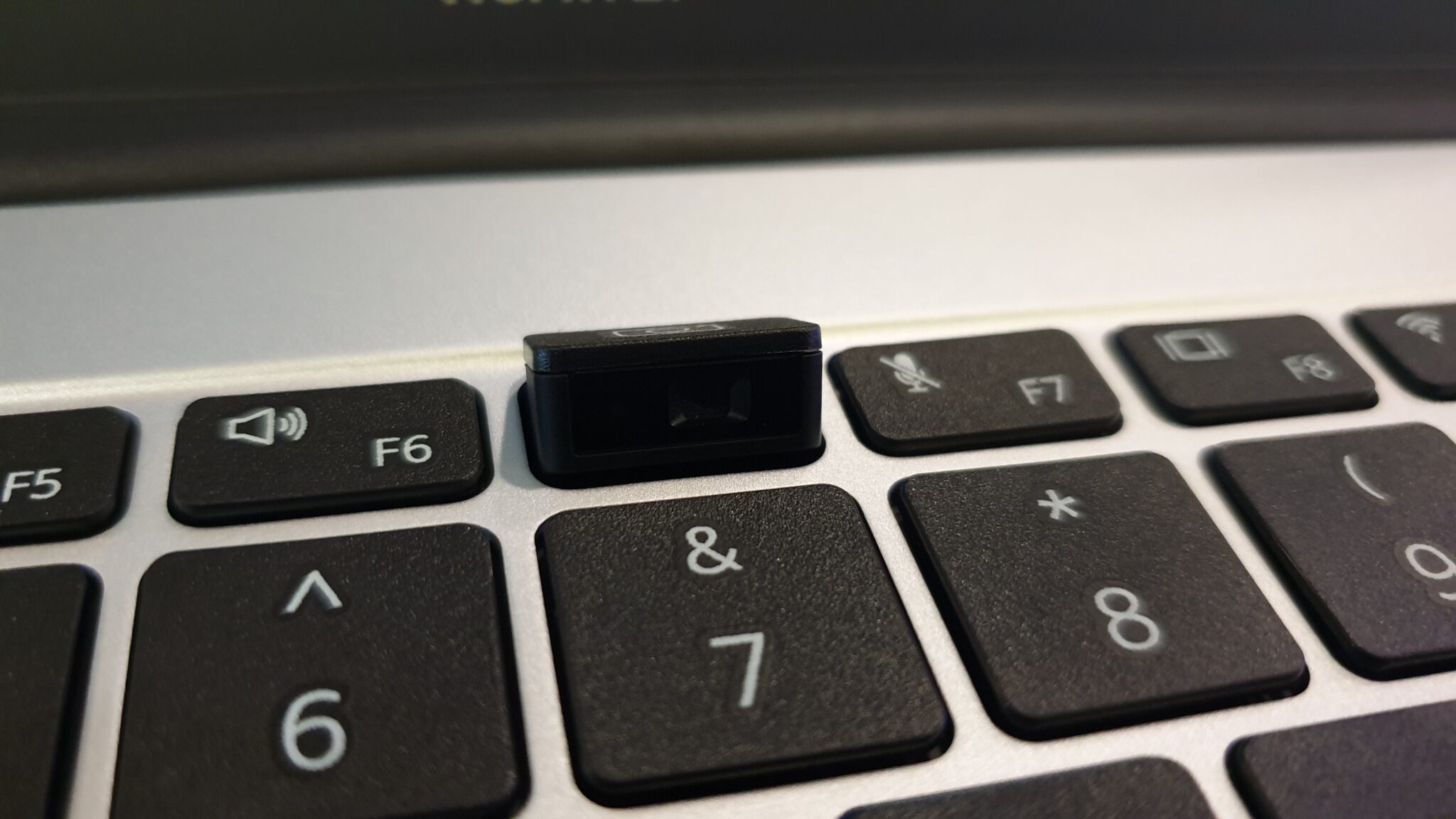 In terms of display quality, the MateBook D 15’s provided 15.6-inch panel proved to be excellent with great clarity and some pretty good colour rendition as well with the provided stereo speakers serving up decent sound for the odd Netflix session or two. 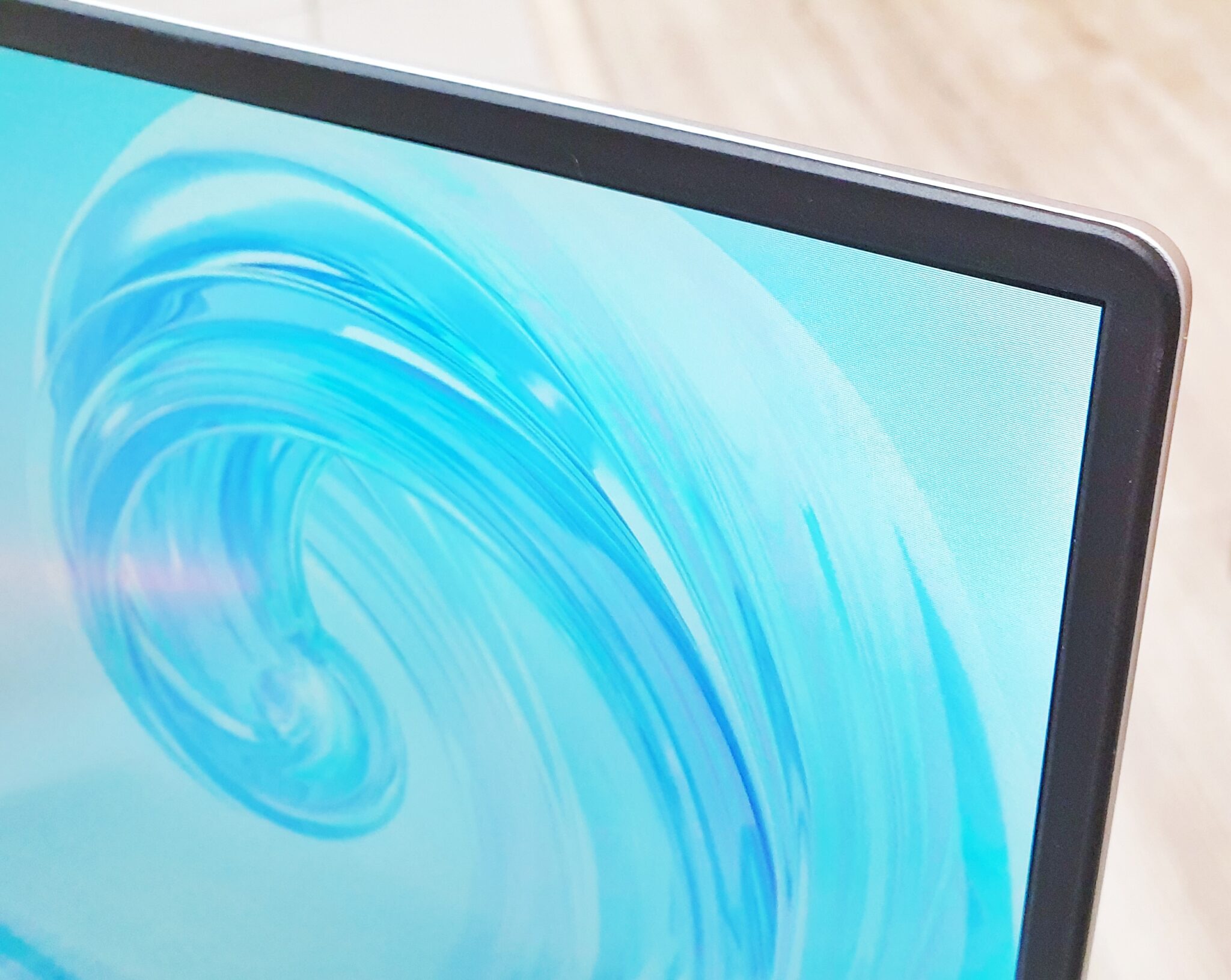 Where it one-ups the competition though is that it works seamlessly with Huawei’s smartphones. With one tap on the NFC sensor on the right palmrest, you’re able to perform what Huawei calls Multi-Screen Collaboration by projecting an instance of your smartphone display on the MateBook as well as easily allowing for the transfer of images and files back and forth. If you own a Huawei phone of recent vintage, this particular feature is a real game changer. 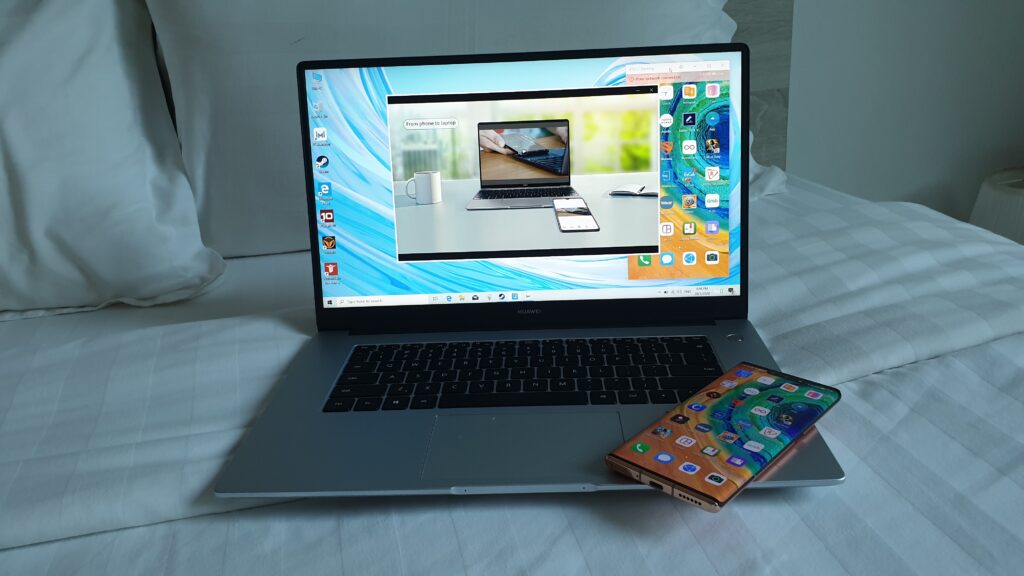 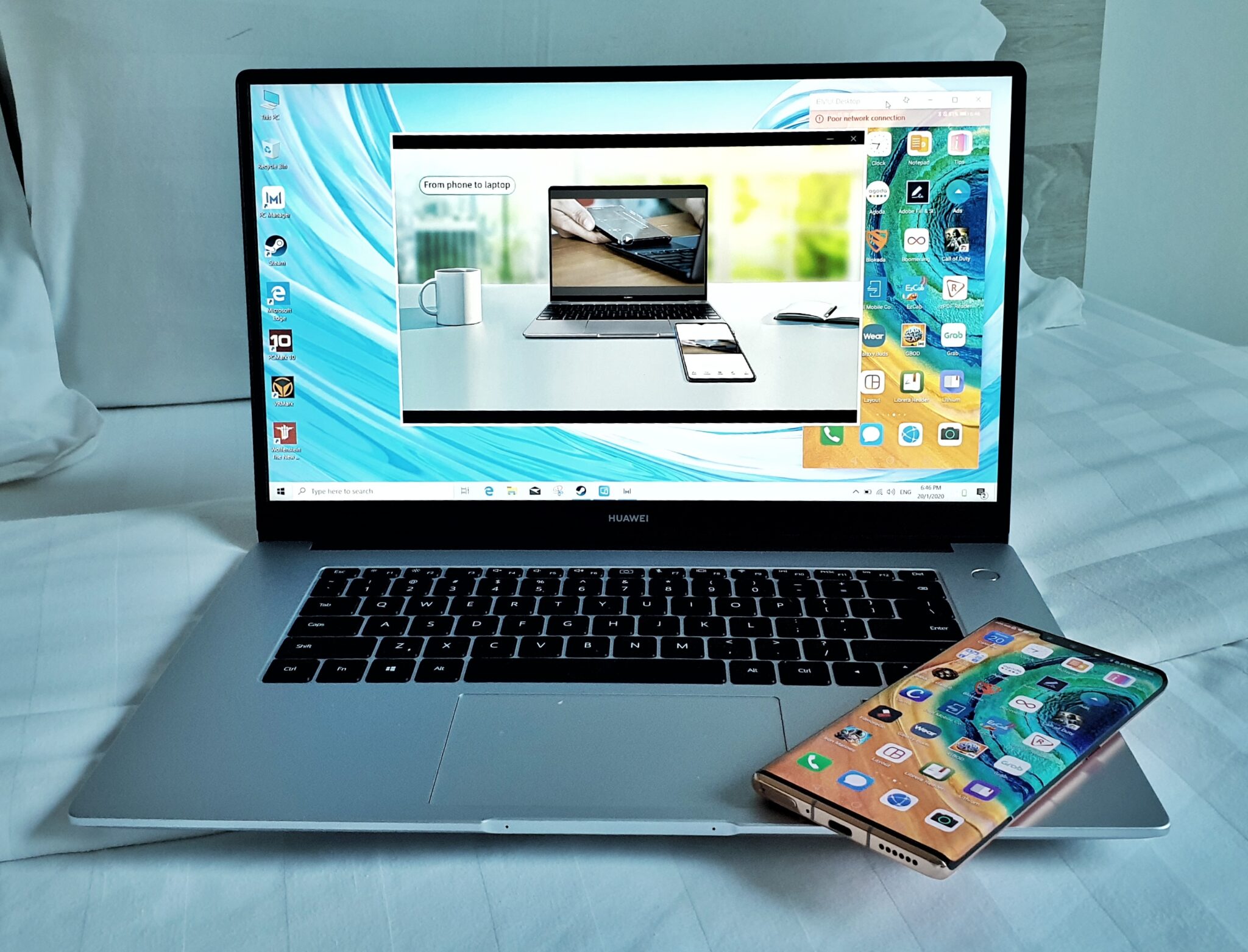 Within its modest mission profile, the MateBook D 15 is a superb performer indeed.

On the endurance front, the MateBook D 15 proved to be serviceable if unremarkable with an active battery life of about 7 or so hours with balanced power settings before you need to find a charging point. On that front, the notebook’s usage of a 65W USB Type-C charger makes things logistically easier, especially if you have a smartphone of recent vintage as you can charge both with the same cable.

As it stands, the Huawei MateBook D 15 provides unprecedented value and performance for what you pay for. For RM2,499 you’re getting a very capable notebook capable of tackling most daily computing tasks while also adding in unique and useful features that work with other Huawei smartphones. This is one of the best notebooks in its price range and comes highly recommended.

What we liked Excellent build quality, large display with decent colour rendition, good keyboard, solid performance for price ratio, novel Multi-Screen collaboration and OneHop File Sharing functionality
What we didn’t Screen could be brighter, non-backlit keyboard, battery life could be better, wonky webcam angle
We say An exceptionally well priced workhorse notebook that offers decent performance, a large display and excellent build quality. If you’re on a budget and on the hunt for an affordable notebook, the MateBook D 15 comes highly recommended, more so if you already own a Huawei smartphone.