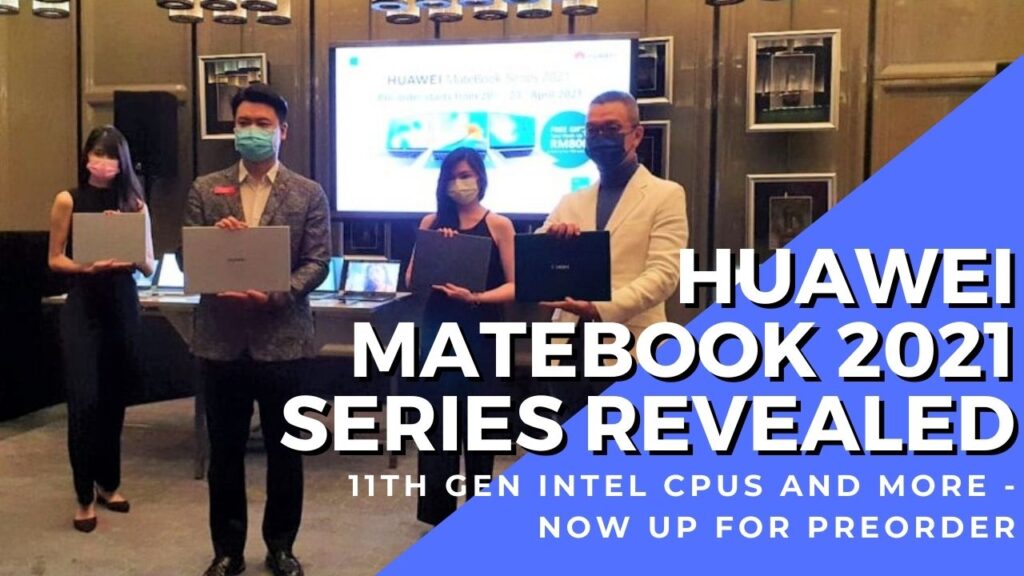 The new MateBook 2021 series all bear the same efficient design as their predecessors but have a number of subtle but effective upgrades that include WiFi 6 connectivity for faster downloads, up to 16GB DDR4 RAM, slimmer bezels and commensurately larger FullView displays certified by TUV Rheinland for low blue light emissions. 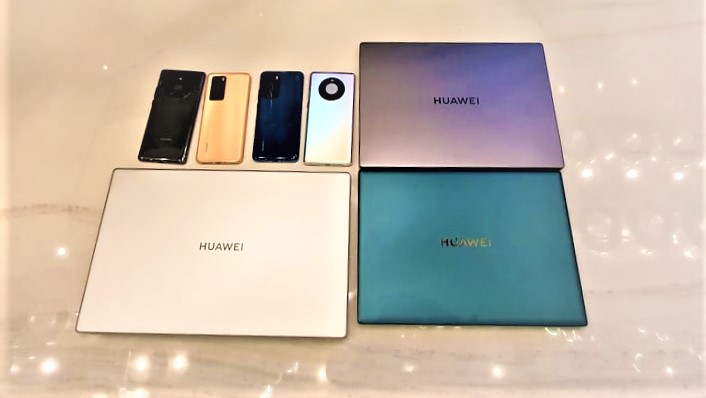 The new and refreshed Huawei MateBook 2021 series are designed for high performance and seamless interconnectivity with Huawei’s range of smartphones like the P40 Pro. 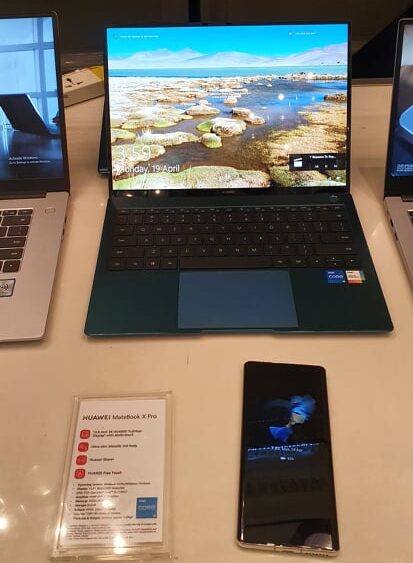 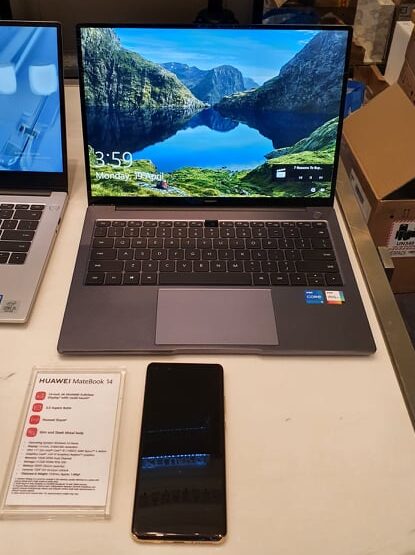 The MateBook D14 i5 features a more modest array of hardware and a lower price tag but still packs plenty of punch. You get a 14-inch Full HD display, a 10th Gen Intel Core i5-10210U processor, Intel UHD 620 integrated graphics, 16GB DDR4 RAM and a 512GB SSD with WiFi 6 connectivity. In Malaysia, it ships in a shade of Mystic Silver for RM3,499. 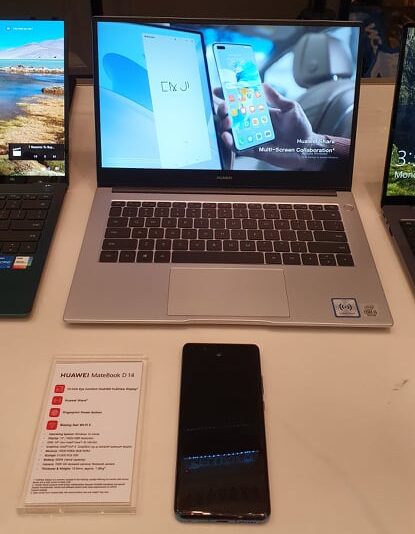 It features a slightly larger 15.7-inch FHD non-touch display and a pop-up webcam integrated into the keyboard. In Malaysia, it only comes in Mystic Silver for RM3,299. Another variant exists with an 11th Gen Intel Core i5 processor, Iris Xe graphics and much of the same specifications for RM3,899. 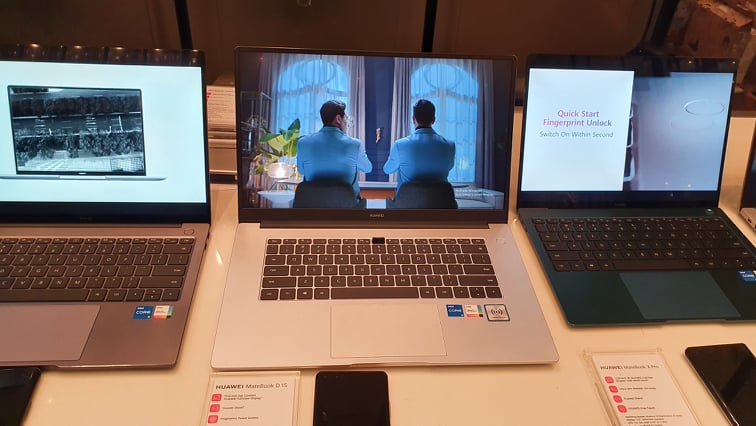 The new MateBook 2021 series are available for preorder starting from today until 23rd April with up to RM800 in free gifts for the first 1,500 customers.

The RM800 worth of free gifts include a Huawei Swift backpack, a City Travel ‘gift package’ and a 1 year subscription of Microsoft Office 365. 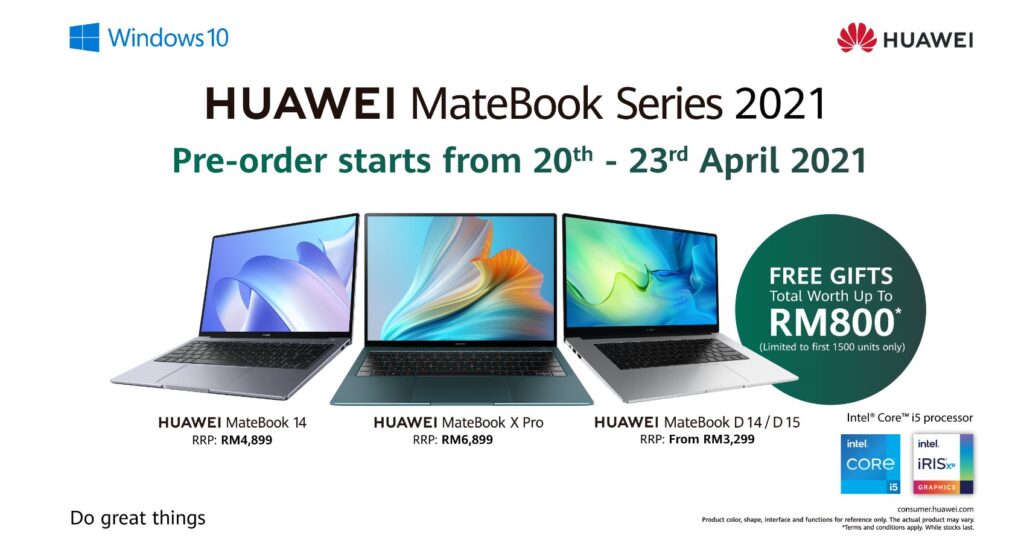 Preorders of the MateBook 14 and MateBook X Pro will also get a free Huawei Swift Bluetooth mouse thrown in to sweeten the pot. 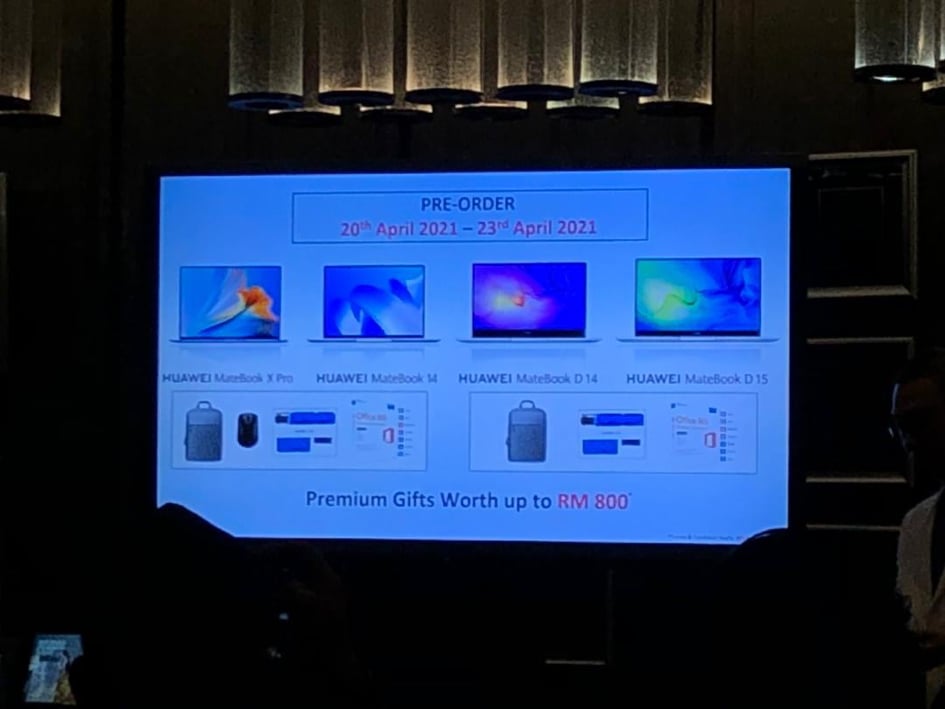 You can check them out for preorders at the Huawei online store, participating Huawei Experience stores and partner stores nationwide that include Senheng, Harvey Norman and Courts.