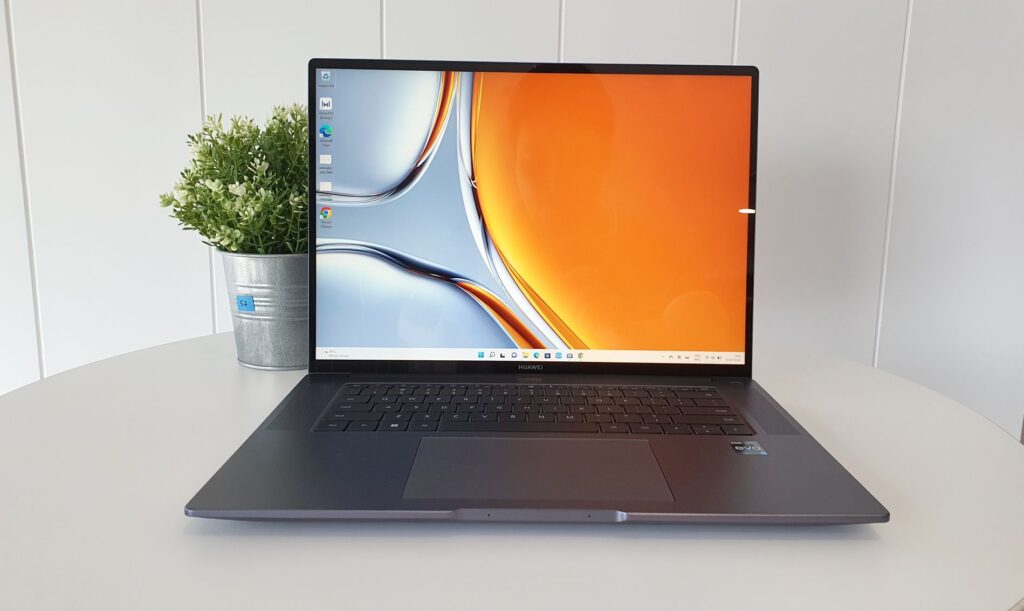 Huawei has been steadily carving a niche out in laptops and their MateBook 14s last year was a surprisingly good Intel Evo-certified ultraportable. Now, they’ve set their sights on something bigger.

Literally so with the new MateBook 16s that is one of their first 16-inch laptops to launch in Malaysia alongside the MateBook D 16 after its debut in Thailand at the Huawei Smart Office regional launch. We managed to get our hands on a Huawei MateBook 16s review sample and have been tinkering around with it for the past several weeks but how does it actually fare in the field? Let’s find out! 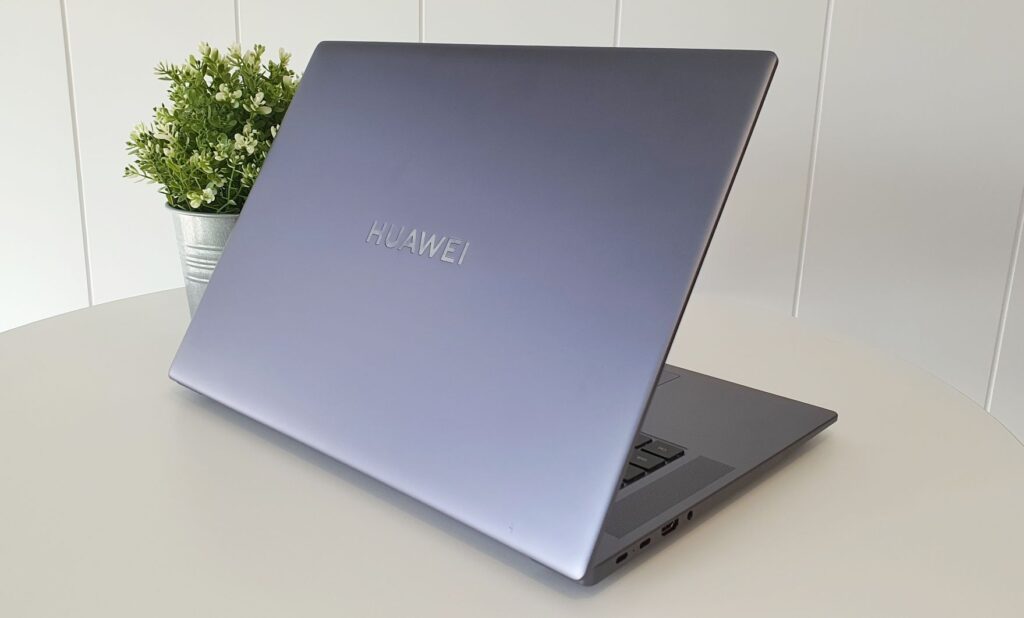 The Huawei MateBook 16s is a laptop intended for mobile workers that has an enviably rare Intel Evo certification which ensures that it meets their exceptionally rigorous standards for performance, battery life and start-up times. It also takes advantage of Huawei’s recent refinements in display tech to offer thinner bezels than ever before in order to cram in a laptop with a 16-inch display in a 15.6-inch chassis which is quite an achievement.

While it lacks a dedicated graphics solution, it does have Iris Xe integrated graphics, a 12th Gen Intel Core H-series processor and is amply equipped with 16GB LPDDR5 RAM, a huge 1TB SSD, fast WiFi 6E and is rated for at least 9 hours of battery life on account of its Intel Evo certification. 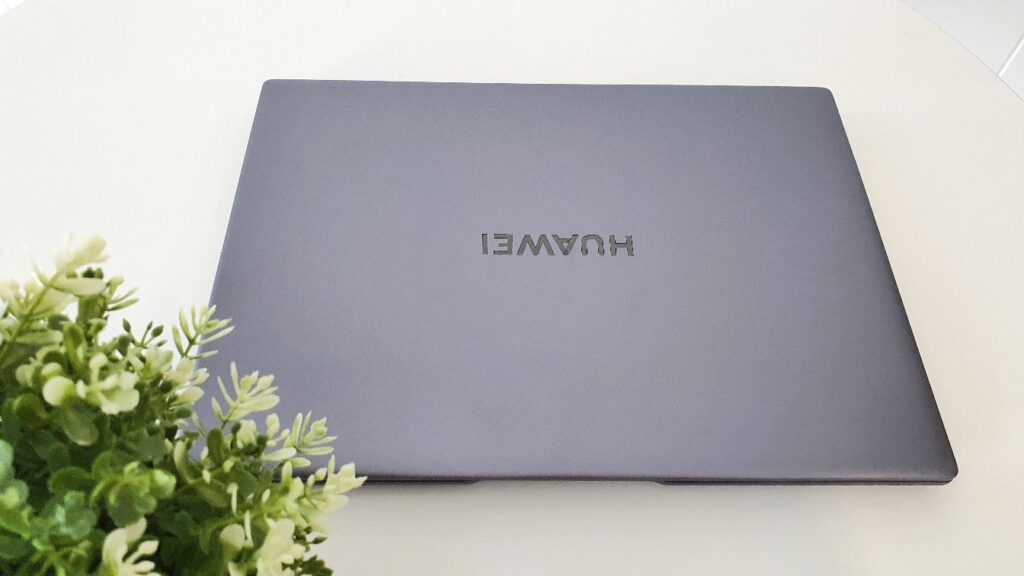 Out of the box, you get the laptop itself along with a 90W SuperCharge charger with a UK-style plug and a USB-C cable though if you take advantage of the preorder programme, you’ll get a free copy of Microsoft Home and Office 2021, a free Sound Joy speaker and a backpack to go with it worth RM1,700

Much like last year’s MateBook 14s, the new MateBook 16s bears a more businesslike and conservative design with a dark metallic grey finish dubbed Space Grey with slightly rounded corners and precise, machine-cut edges. The top lid is made of aluminium along with the keyboard tray itself though the underside is made of polycarbonate done up with a similar finish as the rest of the chassis.

The top lid itself is a plain affair save for the addition of the Huawei monogram emblazoned on the top with chrome lettering and resists fingerprints to a fair degree. There’s a bit of give in the centre of the top lid and a tiny bit of flex that is well within parameters. 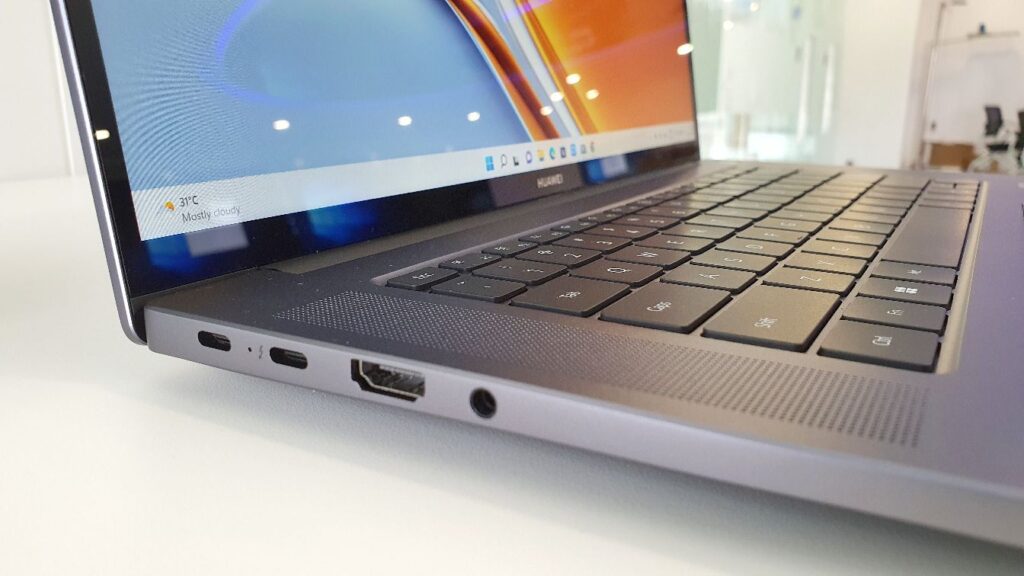 In terms of ports, our MateBook 16s review sample is well appointed with the right side of the laptop hosting a pair of Type-A USB 3.2 Gen 1 ports on the right for docking peripherals and the like while the left side hosts a 3.5mm combo audio jack, a HDMI 2.0 port, a Thunderbolt 4 port for charging and outputting to a compatible display and a USB-C port. On paper, this allows the laptop to support up to two external 4K displays via the HDMI and Thunderbolt 4 port. 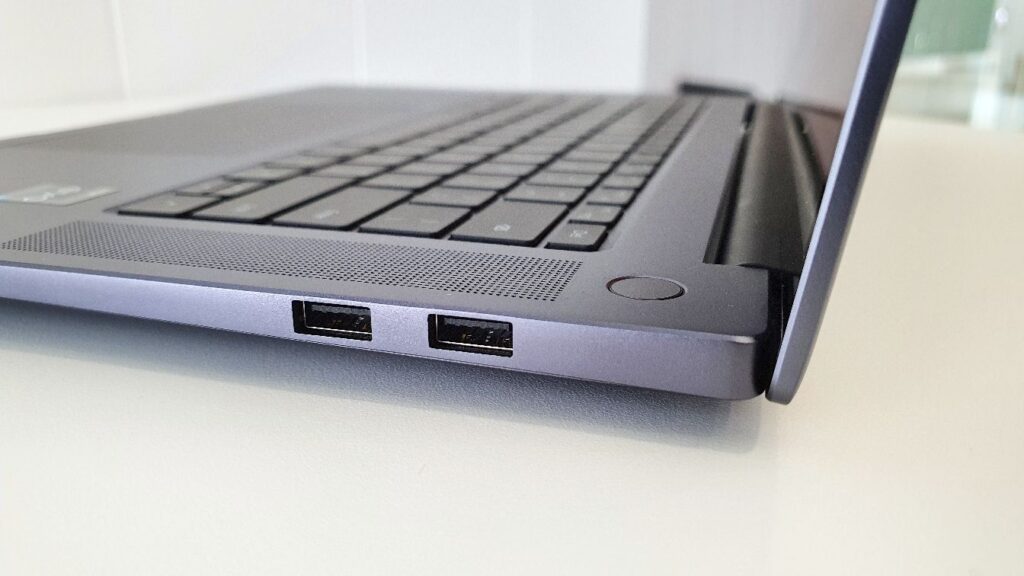 The underside of the MateBook 16s is otherwise plain save for a double row of rubberised feet for better airflow and a grille for ventilation.

Flipping the lid open reveals a somewhat unorthodox keyboard tray design. Of note are the exceptionally well built, wobble free hinges that allow it to be smoothly opened one handed.

While there’s ample space to cram in a numeric keypad, Huawei has opted instead to integrate a pair of upward firing stereo speakers flanking the white LED-backlit keyboard that’s similar in size to something on a 14-inch laptop. It offers a power button that also doubles as a fingerprint reader in the corner and also uses scissor switches with 1.5mm key travel and a very subtle click when bottoming out. The touchpad is also larger than usual, measuring  a good 14cm in length. 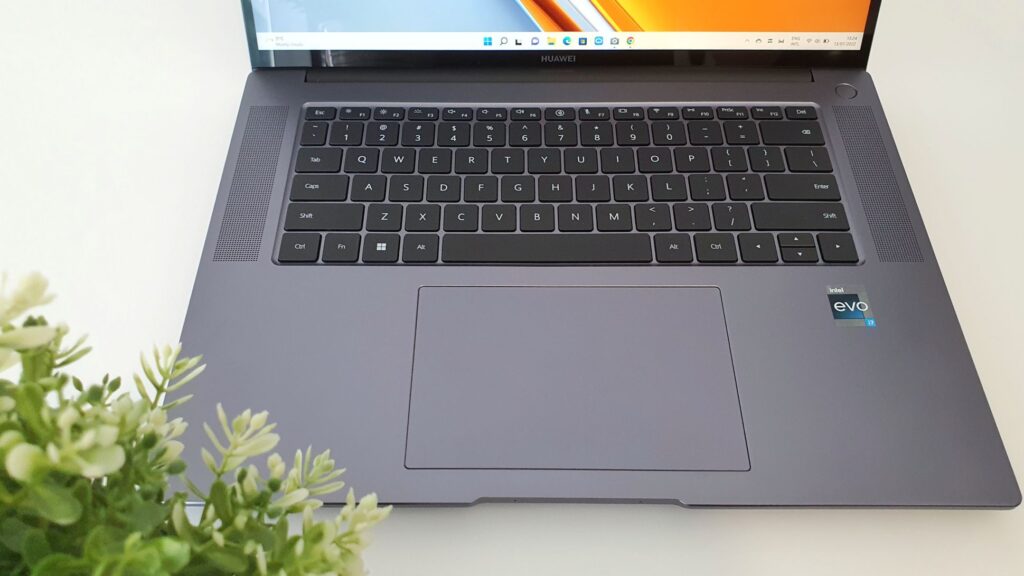 The 16-inch touchscreen display of our MateBook 16s review unit is impressively appointed with 2,520 x 1,680 pixels resolution, a tall 3:2 aspect ratio and a 90% screen-to-body ratio on account of slim bezels all around. While it isn’t rated for 100% DCI-P3, it does have 100% sRGB which has a 35.4% narrower colour gamut than DCI-P3 and has a ΔE<1 which ensures that colours onscreen matches what it’s meant to actually look like.

Seeing as this laptop is primarily for productivity tasks like paperwork and spreadsheets, flawless colour reproduction isn’t a necessity. The display also maxes out at a 60Hz refresh rate; it’s also not intended for gaming but that’s not an issue seeing its mission profile. It also has a top mounted 1080p webcam in the traditional spot above the display for video calls.

Overall build quality for our MateBook 16s review sample is excellent with a premium finish and a clean design without noticeable gaps in any of the fittings. Perhaps the biggest quibble here is that it’s on the heavy side, massing at close to 1.99kg though it has to be considered that you’re hauling around a larger 16-inch laptop rather than a smaller 14 or 15.6-inch ultraportable. On the bright side, the charging brick is pocket sized and weighs little more than a power bank.

The Huawei MateBook 16s comes in a variety of configurations depending on market topping out with a 12th Gen Intel Core i9-12900H processor in certain regions and either a 512GB or 1TB SSD though they all have the same 16-inch 2.5K 100% sRGB touchscreen display, 16GB LPDDR5 RAM and Irix Xe graphics.

Other mod-cons include fast WiFi 6E and Bluetooth 5.2 connectivity. Here’s how it stacks up on paper:

Running under the hood is Windows 11 Home overlaid with their Huawei PC Manager app that runs in the background to keep drivers updated as well as access to their Super Device feature which allows the laptop to act as a nexus for other Huawei devices like their smartphones, tablets, displays and wireless earbuds.

By signing into your Huawei account, you’re able to effortlessly detect and pair up with other Huawei devices in seconds. Naturally, this is contingent on you being invested in the Huawei ecosystem and it unfortunately doesn’t work with phones or gear from other brands. There’s also a few other caveats, chief among them being that it only works with Huawei gear running EMUI 10.1 and above which means it works with phones of recent vintage like the P40 and up.

In addition to the Huawei PC Manager, Huawei also has a special Performance mode that’s accessible if you keep the laptop plugged in and press Fn and P together which maxes out the CPU performance to 54W TDP and also kicks up the fan speed for enhanced cooling at the expense of louder fan noise and this mode is only available  if the laptop is plugged in and is separate from the standard power slider settings in Windows 11.

We plugged our MateBook 16s review sample into the mains, fired up Performance mode and got the following synthetic benchmarks to see it perform at its fullest potential:

All things considered, these synthetic benchmarks are excellent and on par for an Intel Evo-rated laptop and compared to the last generation MateBook 14s which featured its predecessor, the 11th Gen i7-12700H CPU, the MateBook 16s has a marked improvement in performance across the board.

For general computing involving paperwork, web browsing and the like, the MateBook 16s does a wonderful job with swift, snappy performance even on normal balanced settings. It’s able to handle most tasks up to and including photo editing. Unfortunately, video editing isn’t very viable on the MateBook 16s on account of the lack of a dedicated graphics card.

On the demanding Creative setting which simulates a hefty content creator workflow, our MateBook 16s review sample was able to get a respectable 5 hours and 41 minutes of battery life

The tall 3:2 aspect ratio display means that web browsing and more importantly, reading through documents is a much easier affair on the MateBook 16s with less need for constant scrolling. Colour rendition is bright and punchy to the naked eye for web pages, movies and the like though the modest 100% sRGB means that it’s less than ideal if colour accuracy is a necessity in your work.

On the bright side, the display is fast and responsive to touch input though the lack of a convertible hinge precludes usage as a tablet while the modest 60Hz refresh rate also means that it’s not intended for serious gaming. On the audio front, the upwards firing speakers are impressively loud while offering a fair amount of detail that’s more than sufficient for watching movies and a round of Spotify or two. 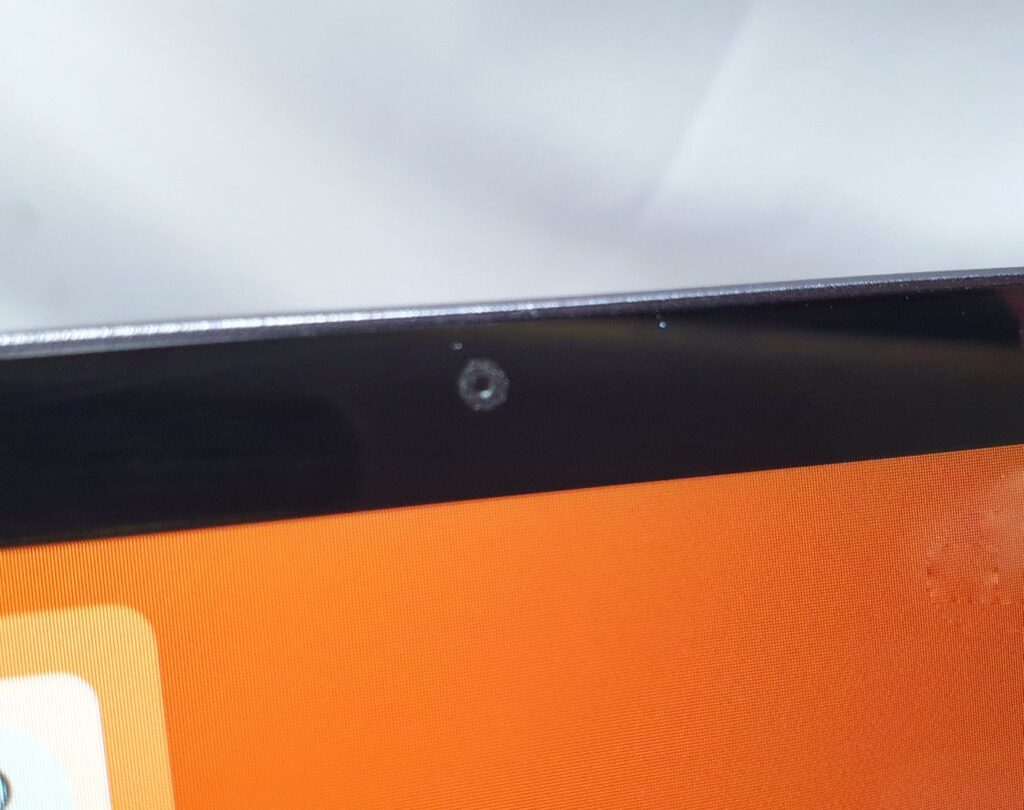 Seeing the importance of good laptop webcams in the new normal, it’s particularly welcome here that Huawei has placed the webcam in its standard position at the top of the display rather than their traditional solution of plonking it under a keycap in the middle of the keyboard. Fortunately they haven’t skimped on the video quality and the webcam is able to deliver clean video under most circumstances.

The comfortable 1.5mm key travel and large touchpad go a long way to making it a great laptop to work on though the lack of a numeric keypad means that it’s less than ideal for those who have a spreadsheet-heavy workload.

In terms of battery life, our MateBook 16s review sample managed a respectable 5 hours and 41 minutes in PCMark 8’s demanding Creative benchmark test that runs through a demanding content creation work profile to test its endurance. Under more practical terms, the laptop is easily able to last a good 8 plus hours for web browsing and word processing work under power efficiency mode.

Should you buy the Huawei MateBook 16s

On its own merits, the 16-inch Huawei MateBook 16s is a well built laptop with a premium finish, excellent endurance and performance across the board with its enviable Intel Evo certification attesting to its capabilities though the somewhat hefty weight makes it a pain to carry for long distances. 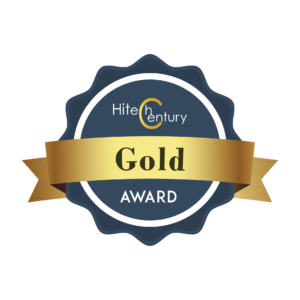 This is one of the best 16-inch productivity oriented laptops available in the market and is is ideal especially if you are already invested in the Huawei ecosystem.

The 16-inch Huawei MateBook 16s is an ideal choice if you’re already invested in the Huawei ecosystem and is well worth a look if you need a productivity-oriented laptop with a large touch display and powerful Intel Evo rated performance.

No water resistance or MIL-STD rating