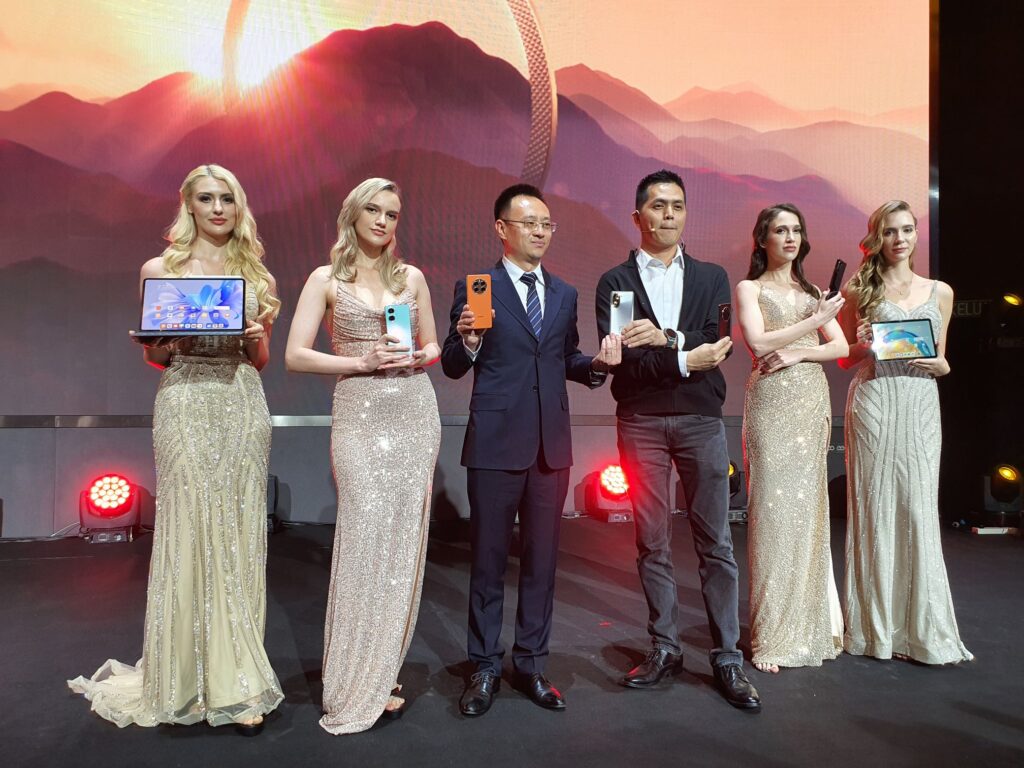 No other brand has it as tough as Huawei has in recent years and even with the slings and arrows of outrageous fortune, they’ve managed to tough it out and carved out their own app repository, their own firmware and retained production of their flagships. Now, they’ve announced that the Mate50 series preorders for Malaysia are now live and are ongoing until 11th November 2022 with up to RM1,450 in free gifts. 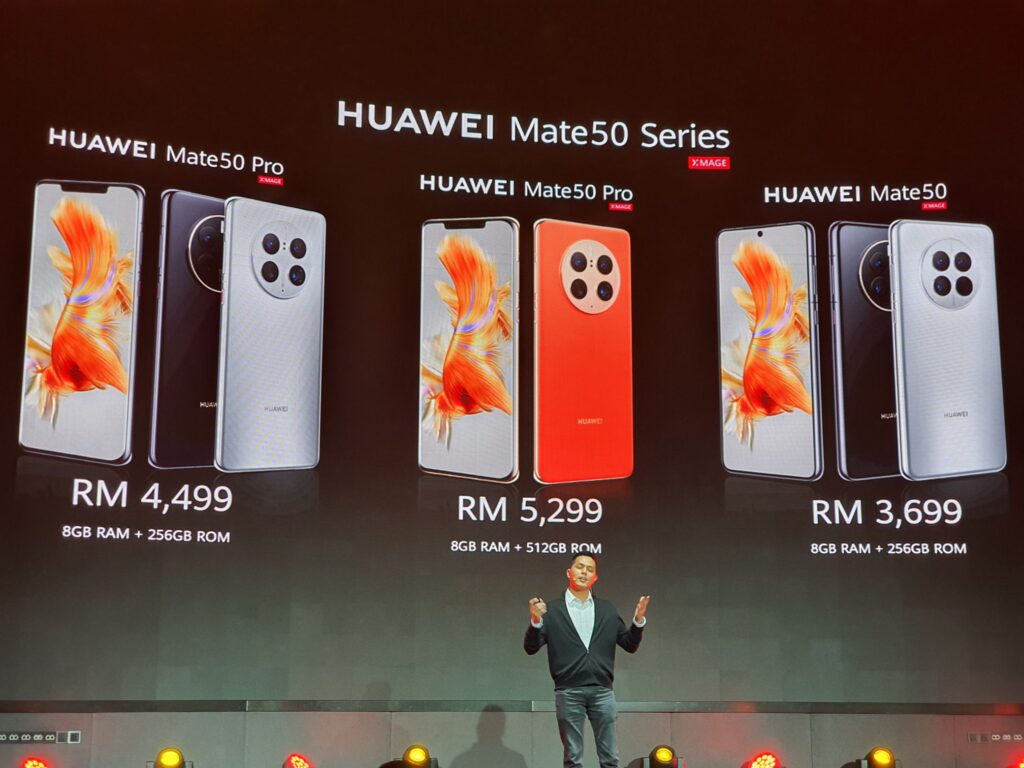 What are the Huawei Mate50 series

For the uninitiated, the Mate50 series are Huawei’s titular flagship phones in addition to their P-series phones which saw the earlier P50 series launched earlier this year. The Mate50 series this time around consists of the Mate50, the higher end Mate50 Pro and a special Mate50 Pro Vegan Leather which uses special Kunlun glass that make it significantly more dropproof than conventional phones. 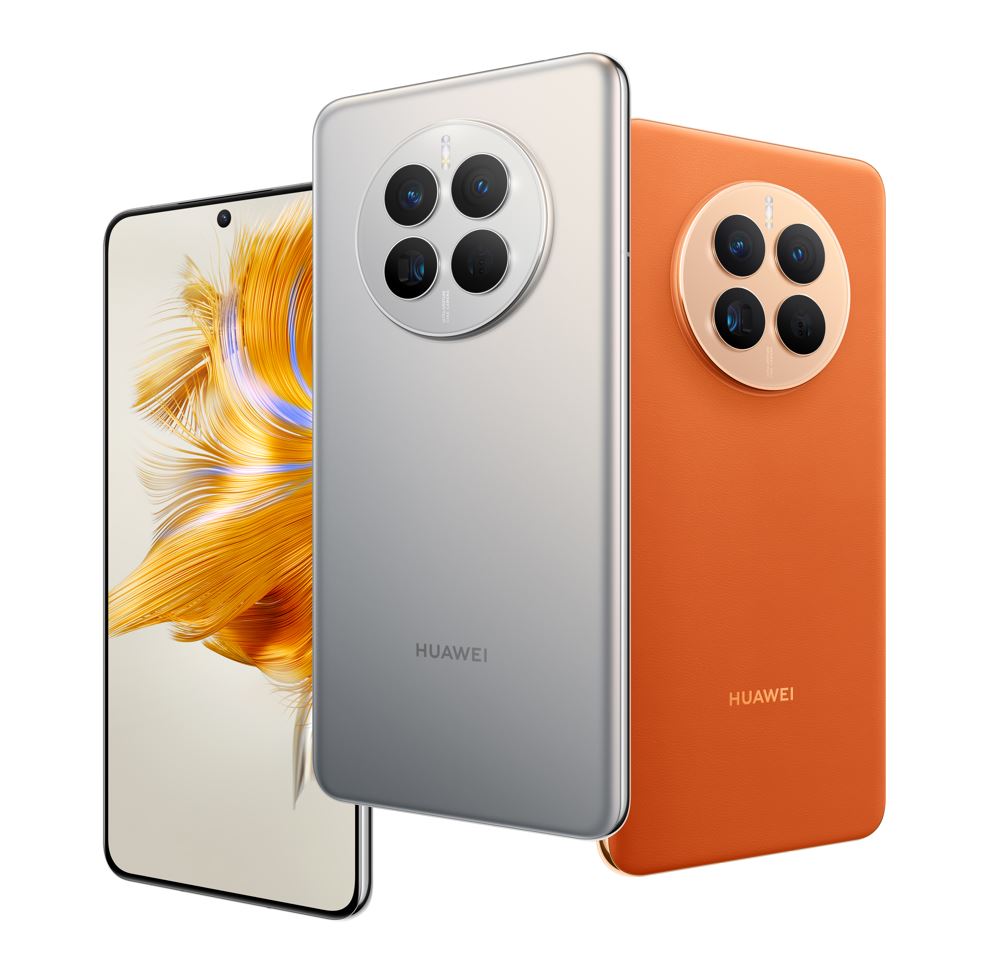 Regardless of variant, all versions of the Mate50 series have IP68 water and dust resistance and feature the Snapdragon 8+ Gen 1 processor with a 4G modem along with EMUI 13 under the hood, uses 8GB RAM and use Huawei’s own Ultra Aperture XMAGE camera system that features a 50MP main camera with a changeable aperture design that can physically alter the aperture and thus how much light gets into the sensor from F/1.4 in ten increments all the way to F/4.0; a feat that hasn’t been duplicated to this level of complexity by any other phone just yet. From there, the various variants have different screen sizes, use slightly different materials and differ in terms of storage.

The stock Mate50 has a 6.7-inch 120Hz FHD+ OLED display with 8GB RAM and 256GB of storage. The rear camera consists of a 50MP Ultra Aperture XMAGE camera that has OIS, laser autofocus and PDAF paired with a 12MP telephoto camera with OIS and has 5x optical zoom. Rounding things off is a 13MP F/2.2 ultra wide angle camera with a 120-degree field of view. Up front, you get a 13MP selfie camera while a 4,460mAH battery keeps it charged with support for 66W fast charging, 50W wireless charging and 5W wireless reverse charging of other gear like the Buds Pro 2.

The higher end Mate50 Pro and Mate50 Pro Vegan Leather are otherwise similar save that the latter has more storage at 512GB, a unique bright orange faux leather finish and has a display sheathed in absurdly tough Kunlun glass that is effectively drop proof. You can check it out below where it’s tough enough to even crack walnuts.

That aside, the Mate50 Pro has a slightly larger 6.74-inch 120Hz FHD+ OLED display, has 8GB RAM, 256GB of storage for the standard version and 512GB for the Vegan Leather variant and has a mostly similar XMAGE camera system as the Mate50 save for swapping out the smaller 13MP telephoto camera for a much larger 64MP camera for more detail retention and with 3x zoom.

You still get the 50MP main camera with OIS and a changeable aperture with laser autofocus and PDAF and the 13MP ultra wide angle camera. The front 13MP selfie camera is also akin to the smaller Mate50. However, the Mate50 Pro has a slightly larger 4,700mAh battery that also retains fast 66W wired charging, 50W wireless charging and 5W reverse wireless charging. 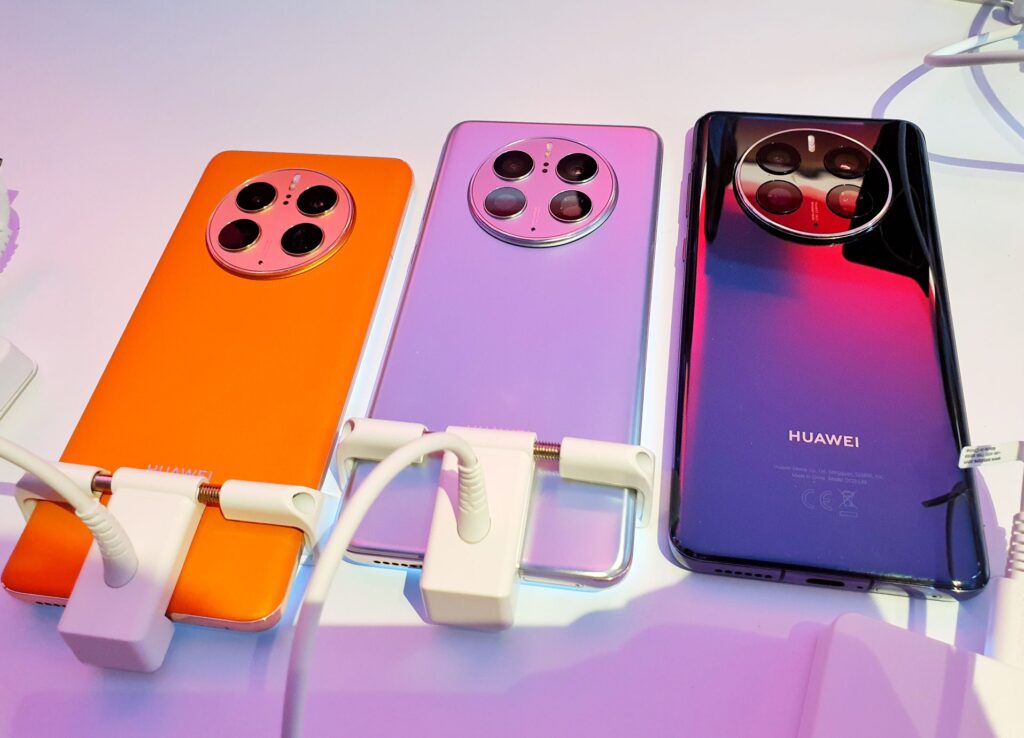 Ultimately, this time around, Huawei has managed to find an alternative means to access Google apps and we’ve tested it thus far with a retail sample of the Mate50 Pro with excellent results. You can check out how to get Google apps to run on the Mate50 series as well as other phones of recent vintage in our special feature here. 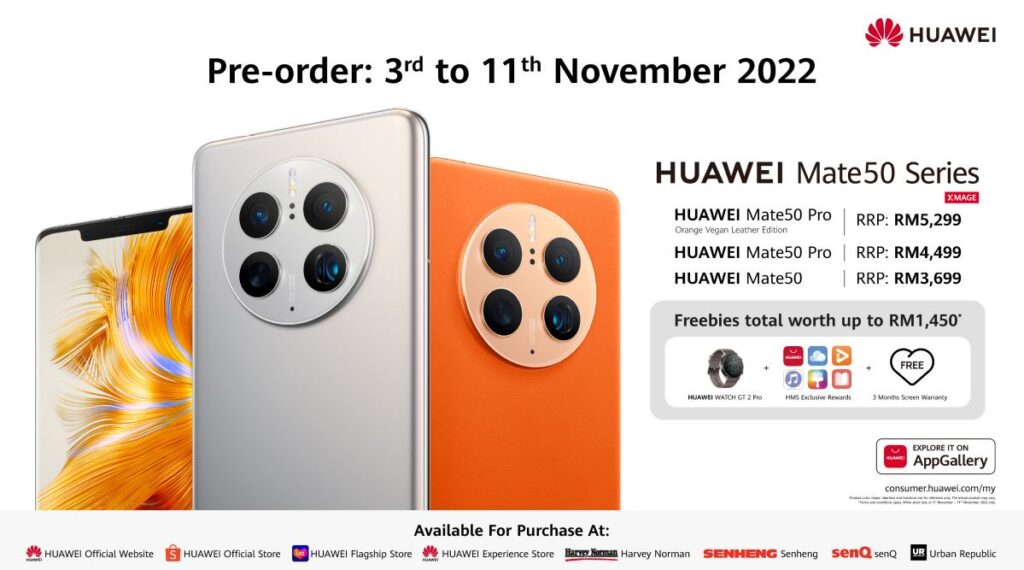 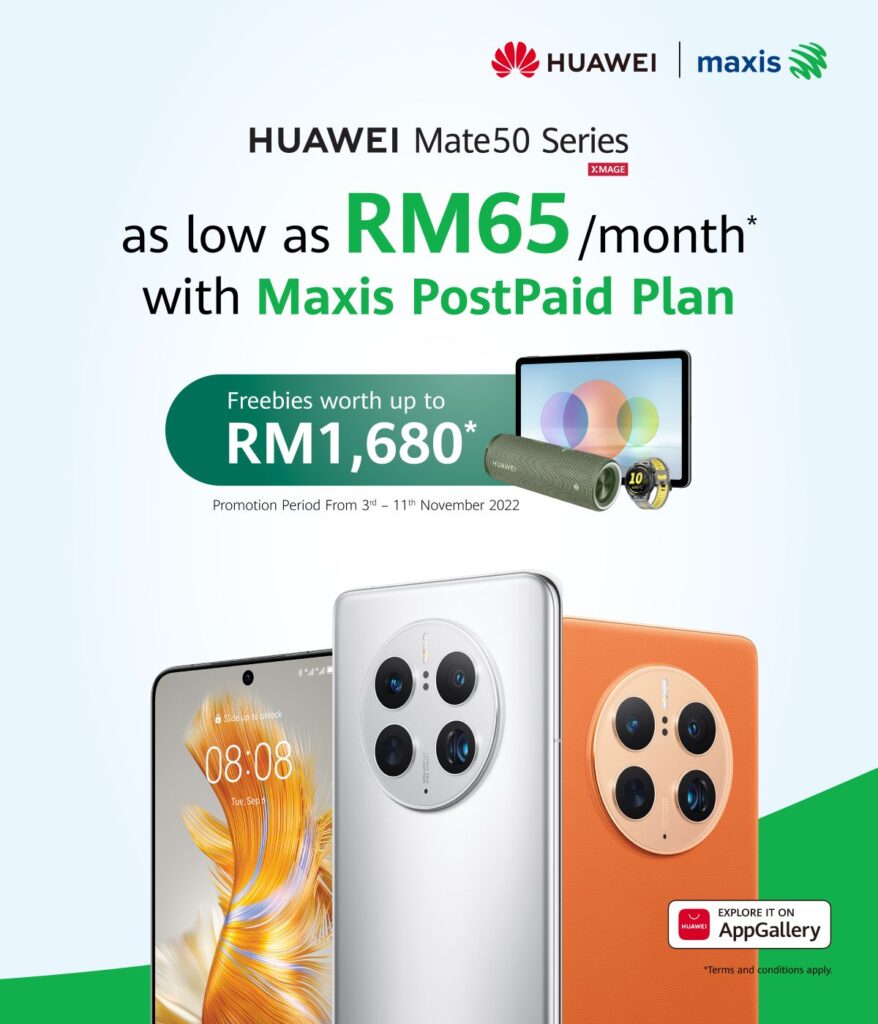 Subscribers of Maxis Zerolution also get the chance to purchase the Mate50 series for as low as RM65 on top of their preferred postpaid plan and will also get a slew of free gifts too depending on which Mate50 series smartphone is ordered. 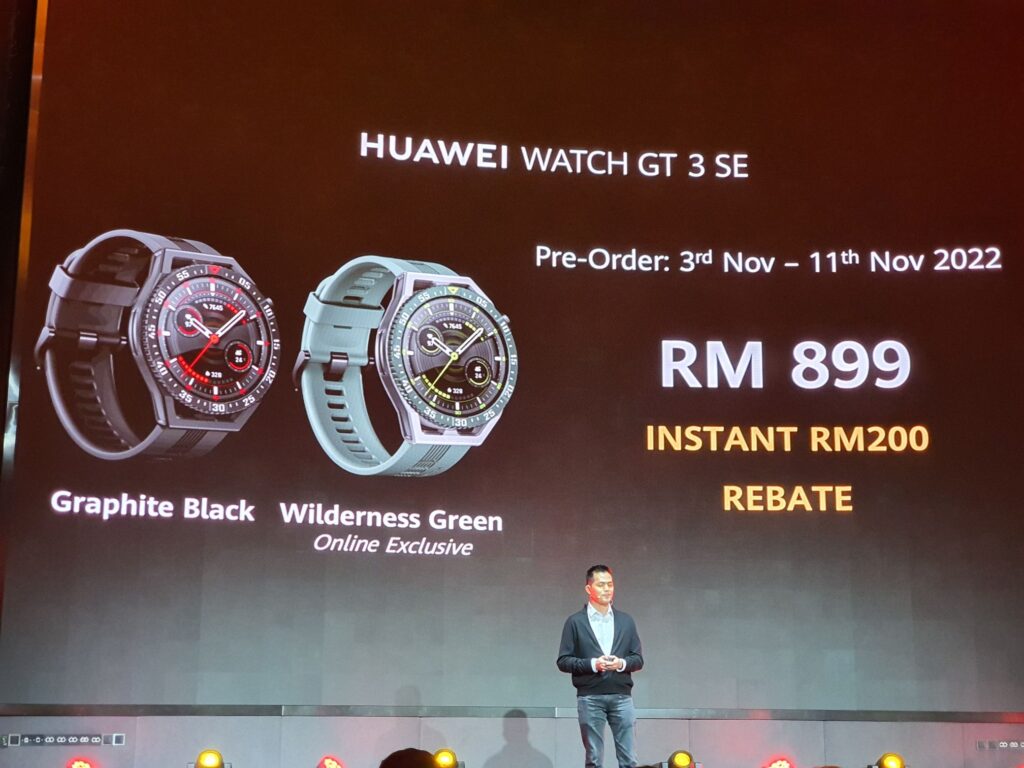 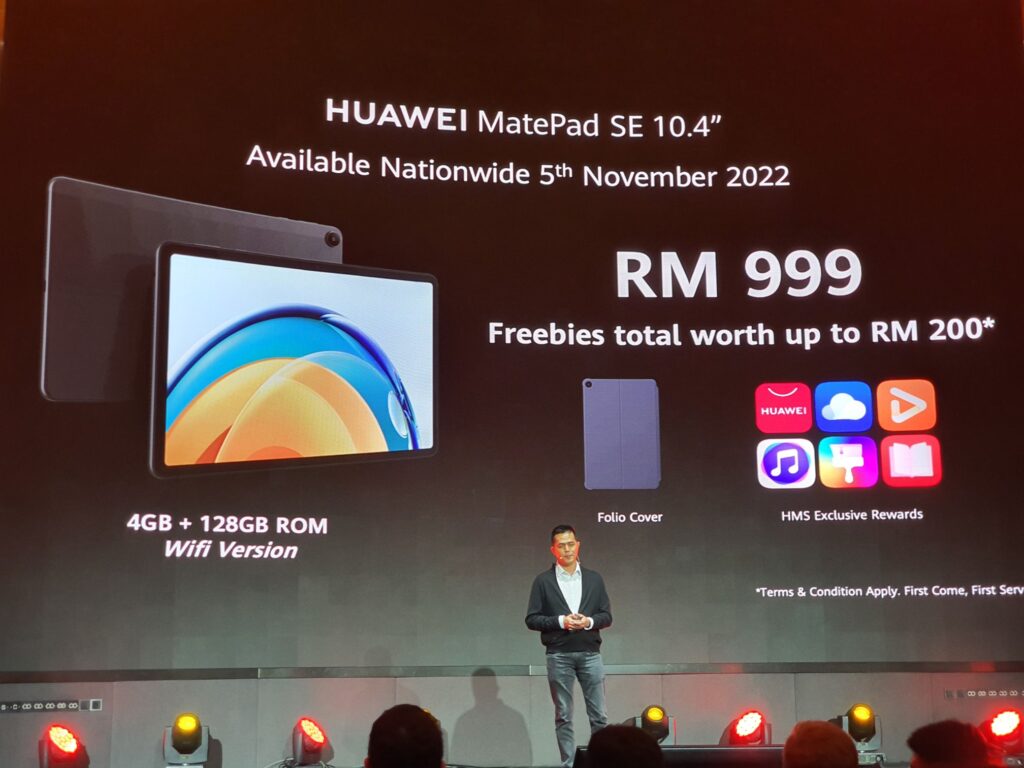 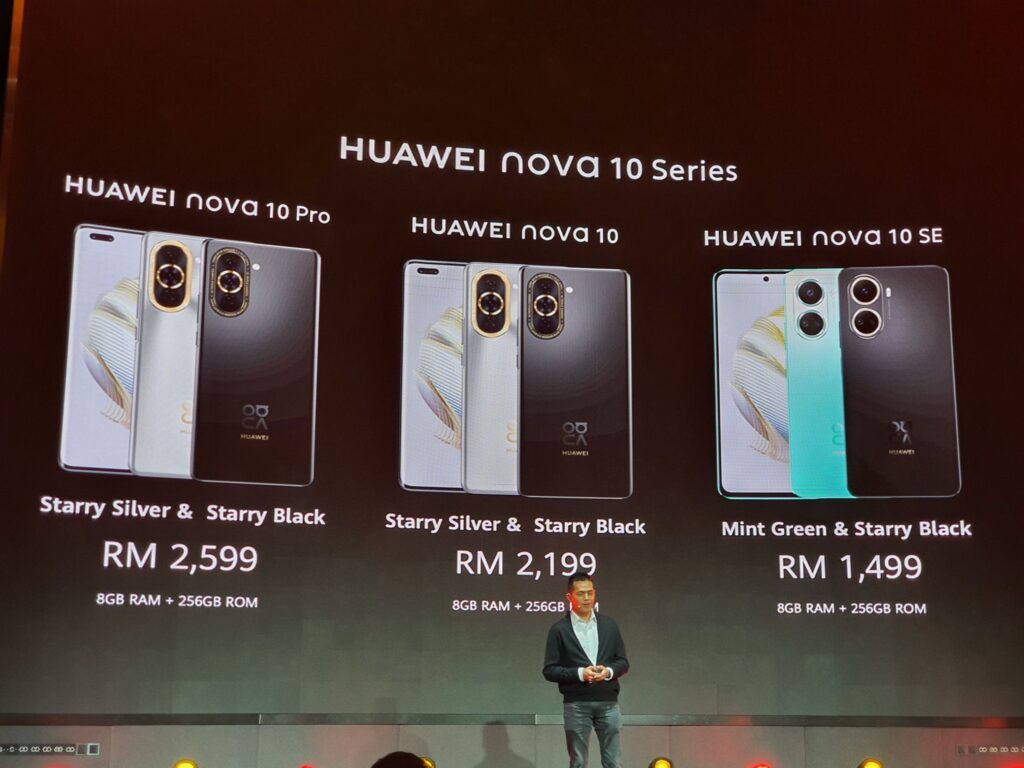