All Categories
Home › News › The Huawei Mate30 series are selling like hotcakes in China but what about Malaysia?

Since it made its global debut, the Huawei Mate30 series phones have certainly made waves in more ways than one. Over in China, Huawei managed to sell a whopping one million Mate30 series phones in just three hours the moment they made it available for sale. That is an impressive figure by any measure of the word. 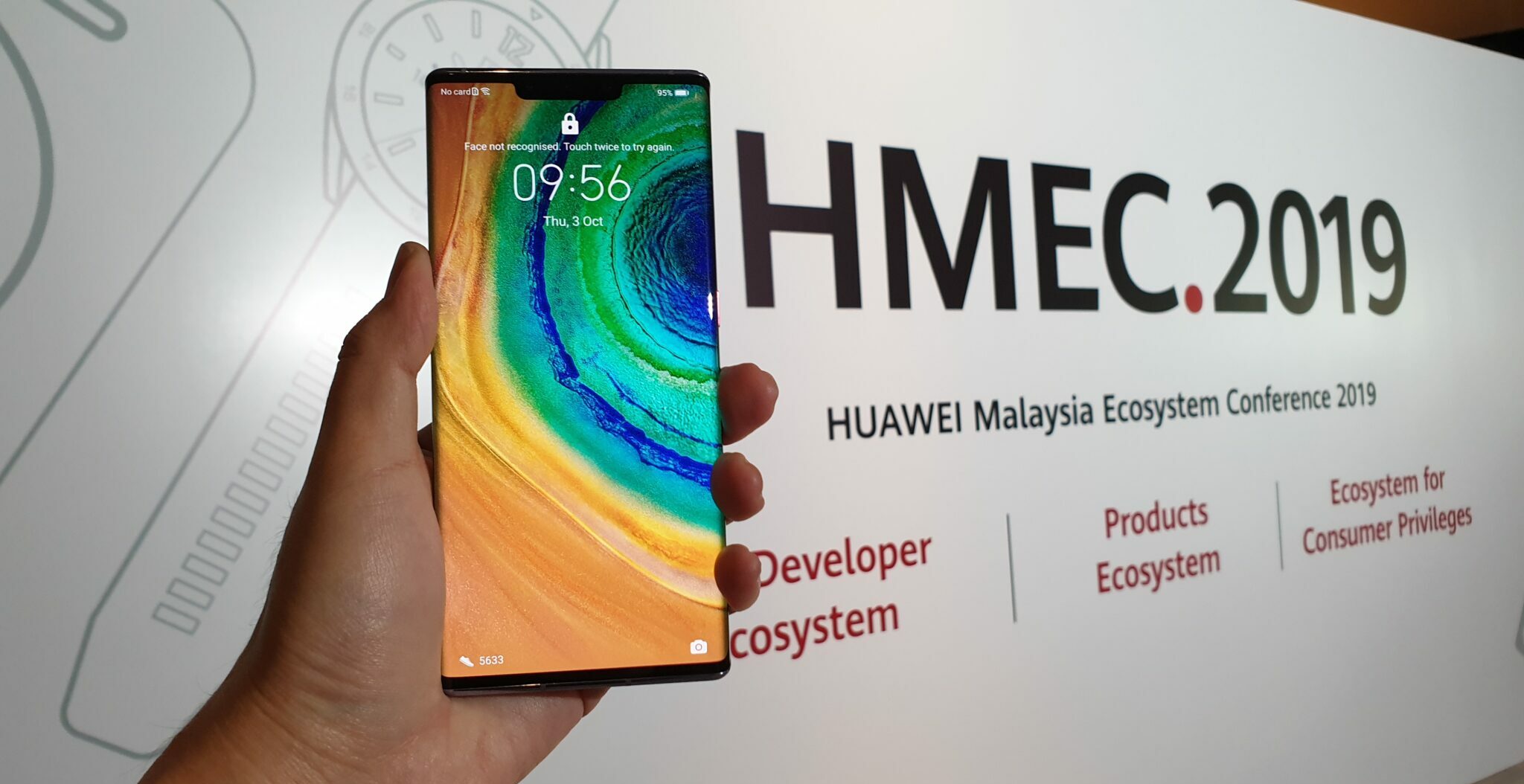 Since it was announced at launch, Malaysia has seen two limited issue release waves which required a referral code to reward Mate series loyalists so that they’re among the first to enjoy the phone in the country. According to Huawei Malaysia, both waves were completely sold out which is quite an achievement. 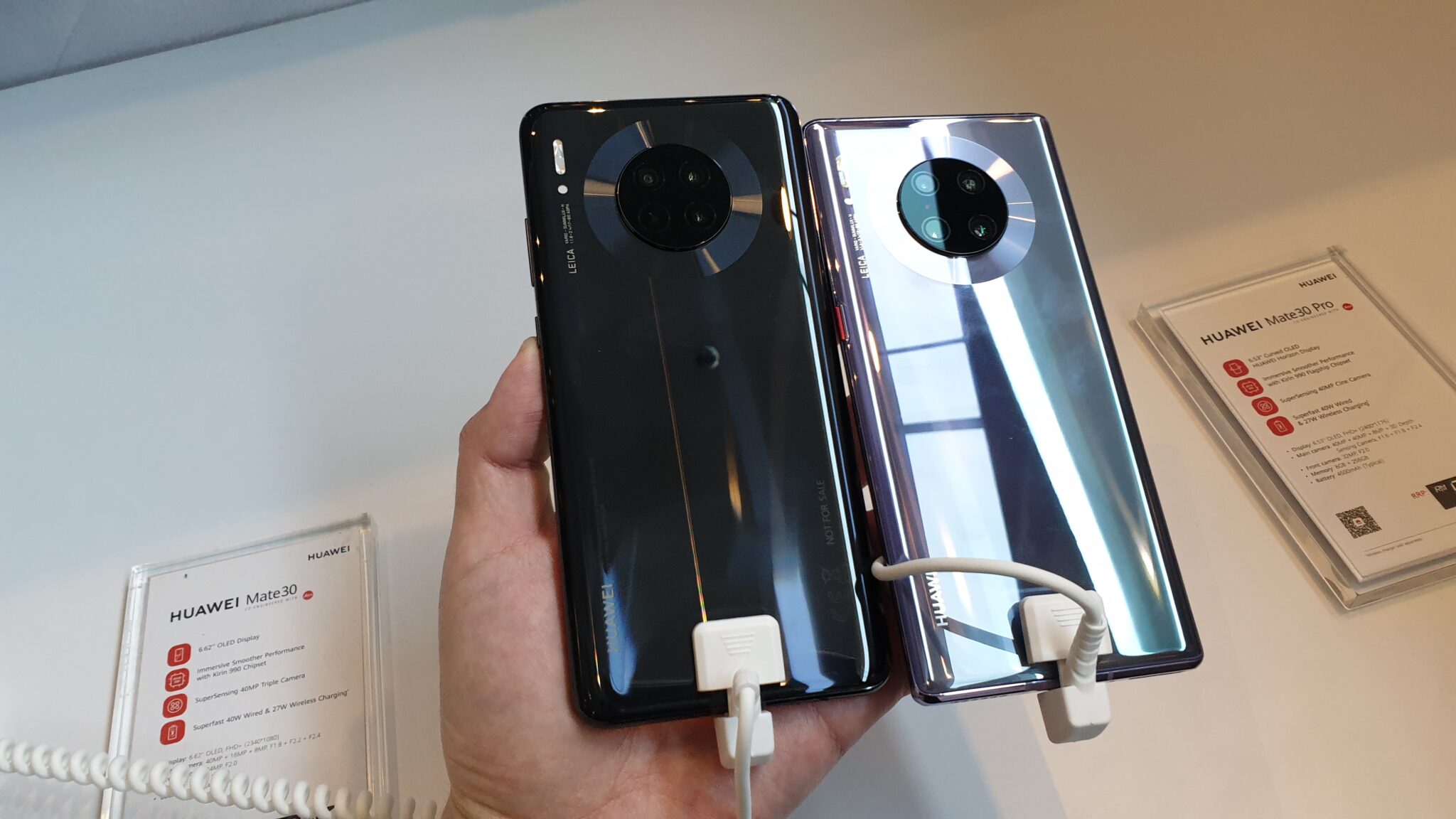 Seeing it’s rather immense popularity of late, we go over a quick recap as to why the Mate30 series and in particular their Mate30 Pro are such desirable phones:

Having a powerful camera is often one of the most decisive factors in buying a smartphone and the Mate30 Pro delivers in spades with its potent 40-MP SuperSensing Cine Camera on the rear. How powerful is it? Well, to wit, it remains one of the best cameras that DxOMark has ever reviewed which is quite a feat seeing the slew of competing phones that have appeared since its official launch. 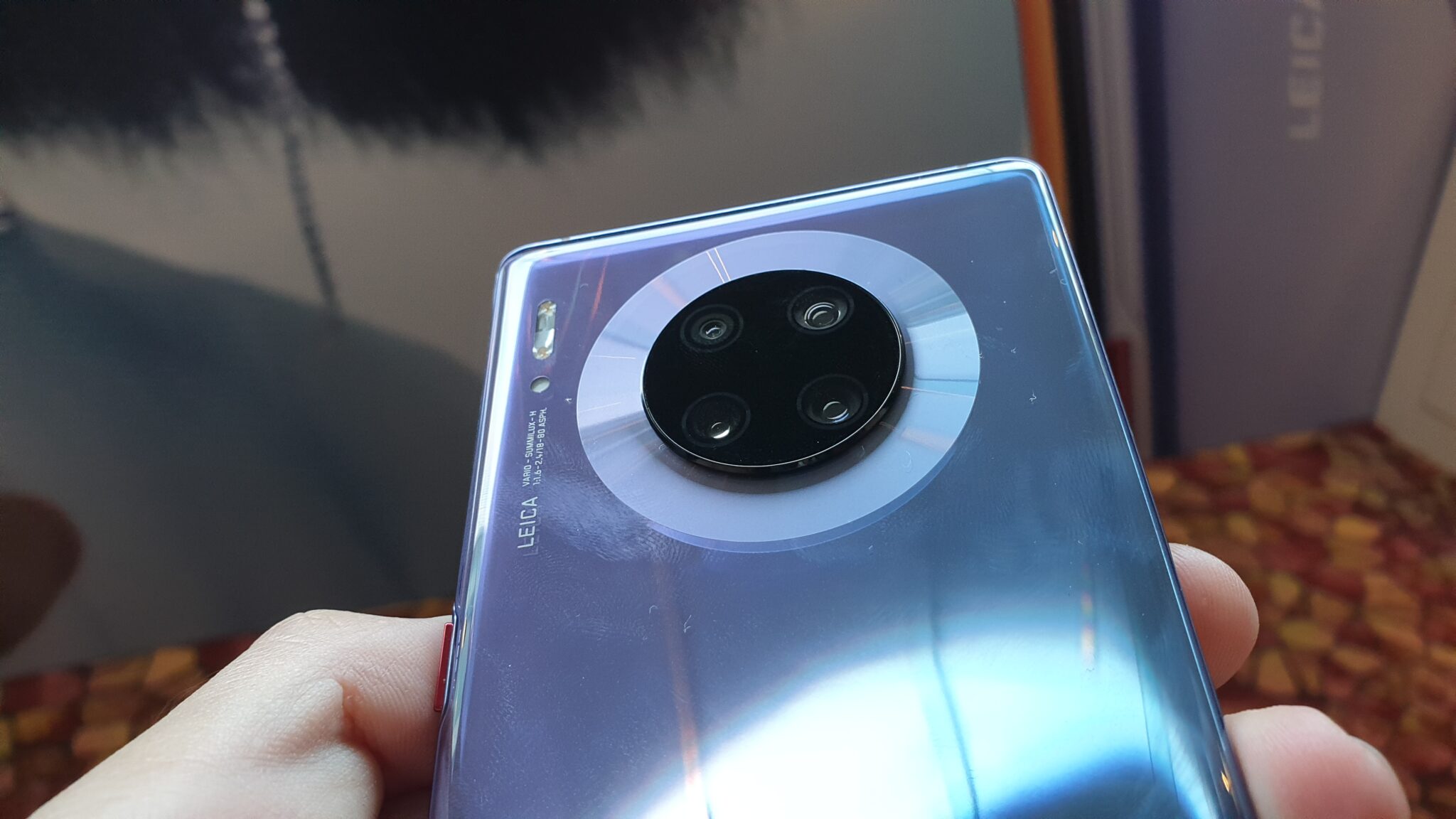 The rear SuperSensing Cine Camera array consists of four cameras with a primary 40-MP Cine Camera , a secondary 40-MP camera with an ultrawide angle lens, a telephoto camera with 3x optical zoom and a fourth ToF 3D depth-sensing camera. Combined the SuperSensing Cine Camera is capable of capturing luscious 4K 60fps video, amazing ultra-slow mo 7,680fps action videos – to date the world’s highest frame rate on a smartphone short of a dedicated camera – as well as snaps at up to a stunning 51,200 ISO. Other unique imaging tricks include real-time video bokeh and a 4K HDR+ cinematic time lapse mode.


Interacting with a smartphone primarily requires you to poke and prod the touchscreen and in some cases, give voice commands. Both options may not be ideal choices in many scenarios – try touching a phone or giving voice commands when you’re having dinner!

Fortunately, both the Mate30 and Mate30 Pro wave these concerns away – literally – with AI Gesture Controls. Both phones take advantage of the advanced Kirin 990’s sophisticated neural processing unit as well as a front-mounted 3D depth sensing camera and gesture sensor to allow users to effortlessly use the camera, take screenshots, scroll through websites and more with just a mere gesture alone.

Better yet, the Mate30 Pro takes innovation one step further as it eschews buttons for a truly seamless design. Rather than plonking in buttons, the Mate30 Pro’s gesture controls extend even further as you can slide the side of the luscious AMOLED display to control the volume and even game on it too.


The Mate30 series smartphones take privacy to the next level with an “AI Private View” mode that ensures that peeping toms or unauthorised users have no access to private messages and content. Sophisticated facial recognition routines are able to remember your face and if the Mate30 series phone doesn’t recognise the viewer, it will automatically hide private messages and content.

AI Auto Rotate – The Right Side Every Time


The Mate30 Pro resolves one of the classic annoyances with smartphones – having the screen orient the right way when you’re looking at it. Half the time, we have to lock and unlock the phone’s screen orientation so that we rear content in landscape mode or if we’re using it lying down. The Mate30 Pro’s AI Auto Rotate feature uses the front 3D camera to intelligently analyse the orientation of your eyes and orients the screen the right way, every time. No more having to turn auto-rotate on or off when you’re looking at your phone on the couch or in bed!

Transferring content and interacting with your smartphone and laptop often require a significant degree of multitasking but the latest EMUI 10 user interface on the Mate30 series phones and the new MateBook 13 notebook offer truly seamless interconnectivity via ‘OneHop’ file sharing. All you have to do is to tap your Mate30 series phone with the MateBook 13 and you’re instantly paired, allowing you to transfer all your photos and even large videos back and forth. 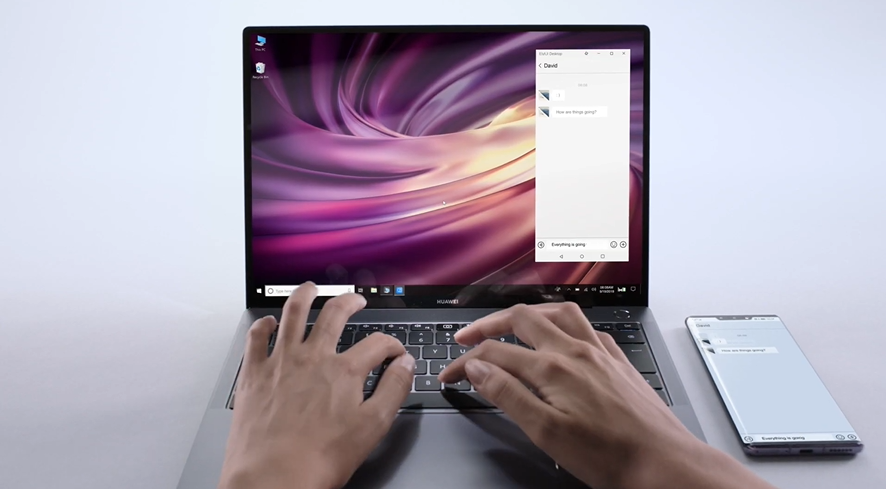 Better yet, ‘multi-screen collaboration’ mode on the MateBook 13 enables you to mirror what’s happening on your paired smartphone onto the MateBook 13’s larger display so that you can keep your eye on incoming notifications, calls and the like without taking your eyes off the screen.

The Mate30 Pro offers impressive endurance in the field. The exceptionally power efficient Kirin 990 processor combined with intelligent power management algorithms as well as a generously sized 4,500mAh battery ensures all-day use and a bit more too. To keep it charged, the Mate30 Pro also integrates 27W wireless charging, among the highest speeds seen in smartphones currently available today. 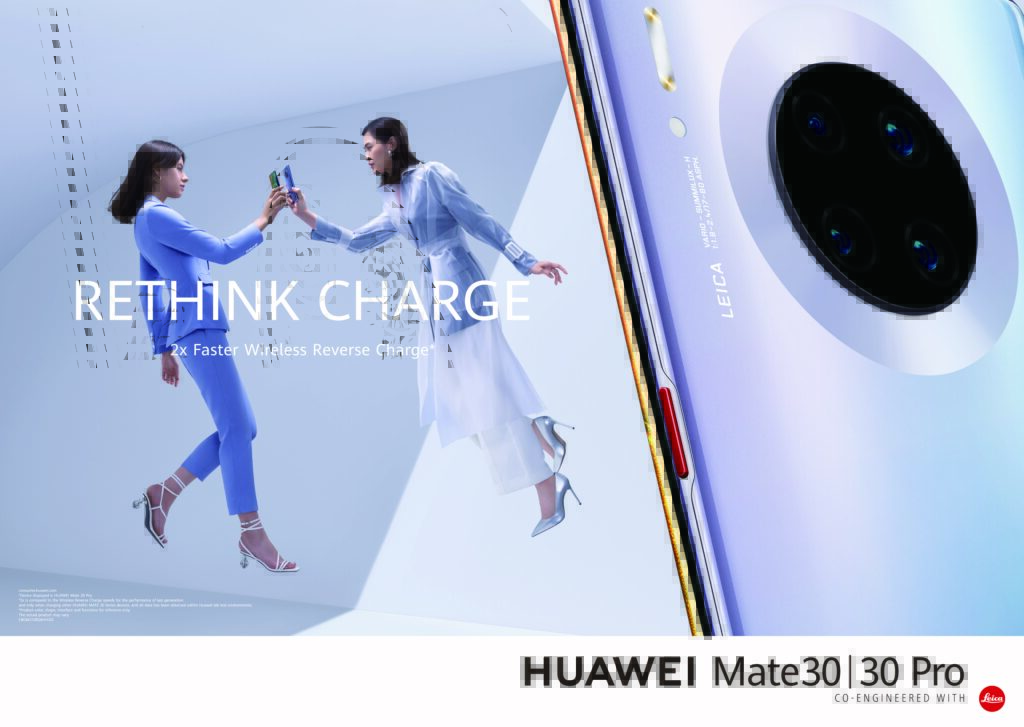 So what about apps and services for the Mate30 series phones?

The biggest elephant in the room that’s been on everyone’s minds is the worry about the lack of Google Mobile Services or GMS. The Mate30 series use the Huawei Mobile Services (HMS) system that establishes its own wordpress fast-growing ensemble of apps in the integrated Huawei App Gallery that cover the range of important essentials with more and more critical vendors joining the App Gallery every day. To date, Huawei states that there over 1.5 million active users on the Huawei App Gallery daily; that’s a massive number indeed.

At present, there the Huawei App Gallery is growing by leaps and bounds with 27 key applications covering banking, travel, shopping and the like already integrated into the store that include Fave, the Caring Pharmacy app, essential banking apps from Maybank as well as Hong Leong Bank and more. From September to October 2019, over 200,000 new users have joined in and downloaded or explored the Huawei App Gallery with total downloads exceeding 100 million. The biggest bonus of all though is that the Mate30 series throws in a whopping 50GB of free cloud storage for three months.

If you still need to download GMS-requisite applications, there’s still a way to have your cake and eat it too with several alternative workarounds that handily resolve the complication. Check out the video below by tech guru Adam Lobo for a thorough hands-on.

Great, so what bargains are there for the Mate30 series?

On account of the popularity of the Huawei Mate30 series, three major telcos in Malaysia – Celcom, Digi and Maxis – have begun offering postpaid packages for both the Mate30 and Mate30 Pro which is a sound testament to the positive reception of the phone locally and abroad. How positive, well, you can check out the beaming faces of these recent buyers of the Mate30 series phones with all their free gifts and they’re all grinning from ear to ear. 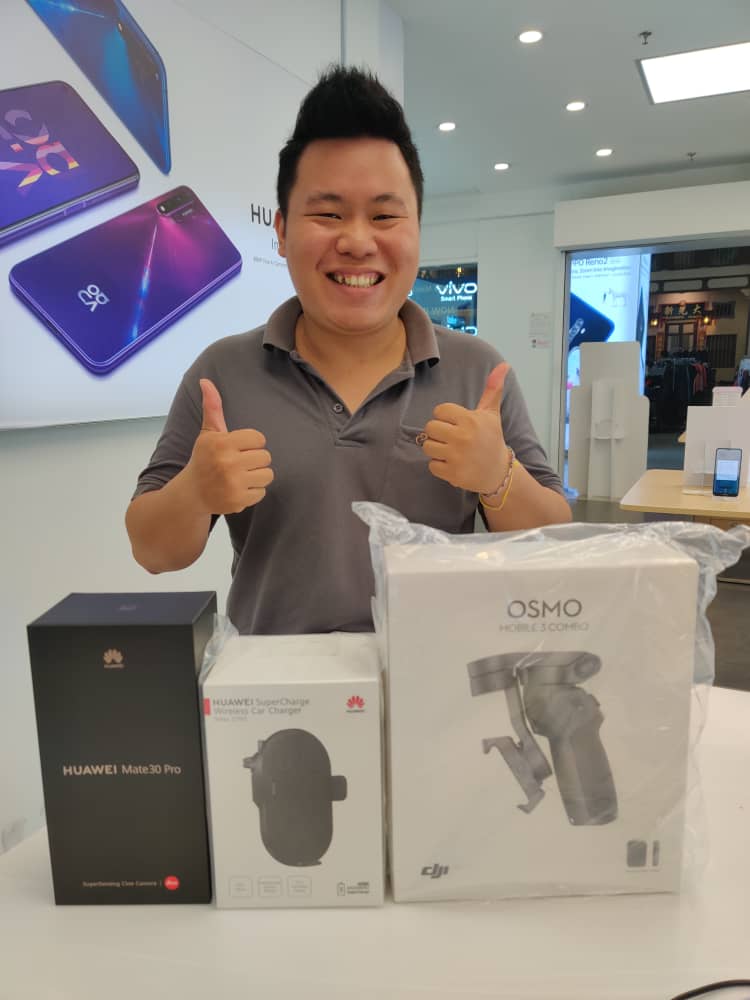 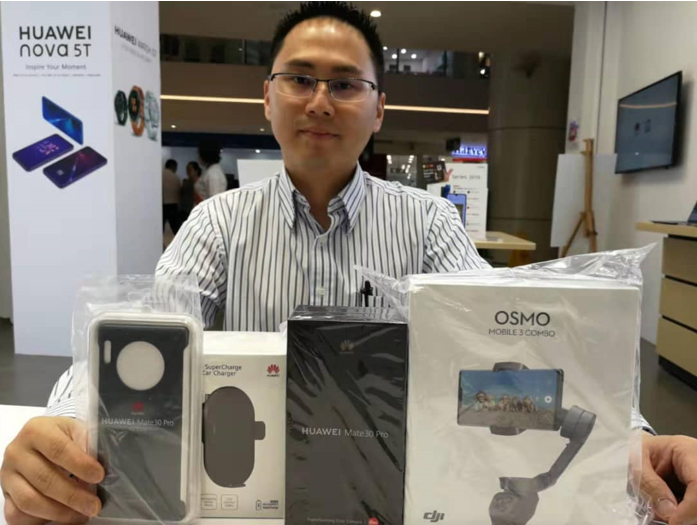 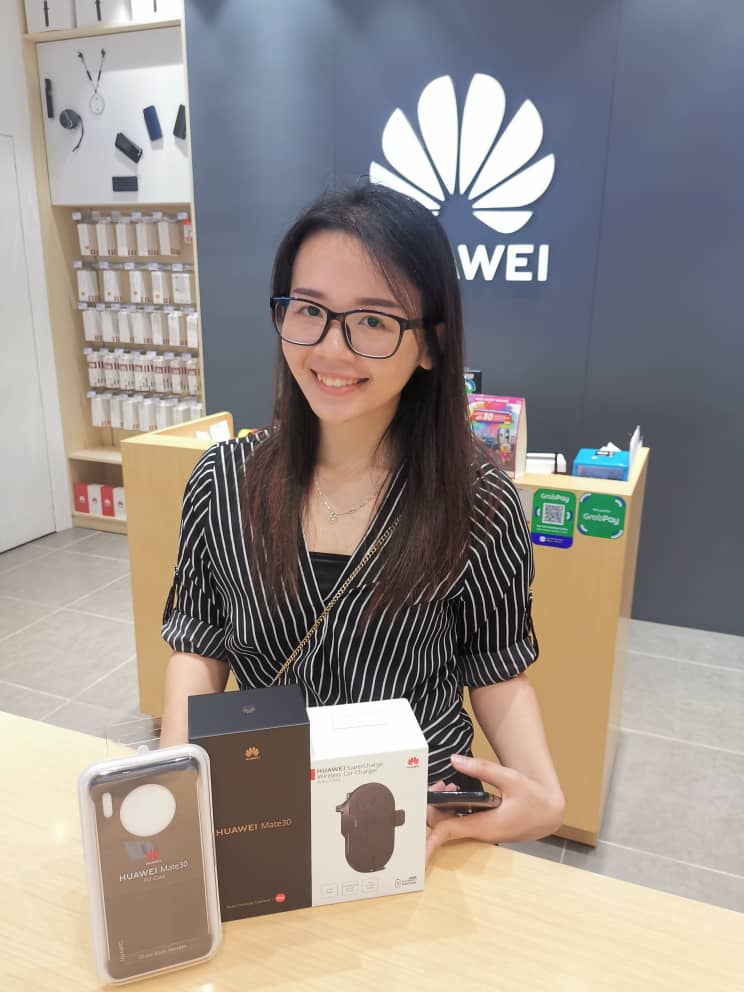 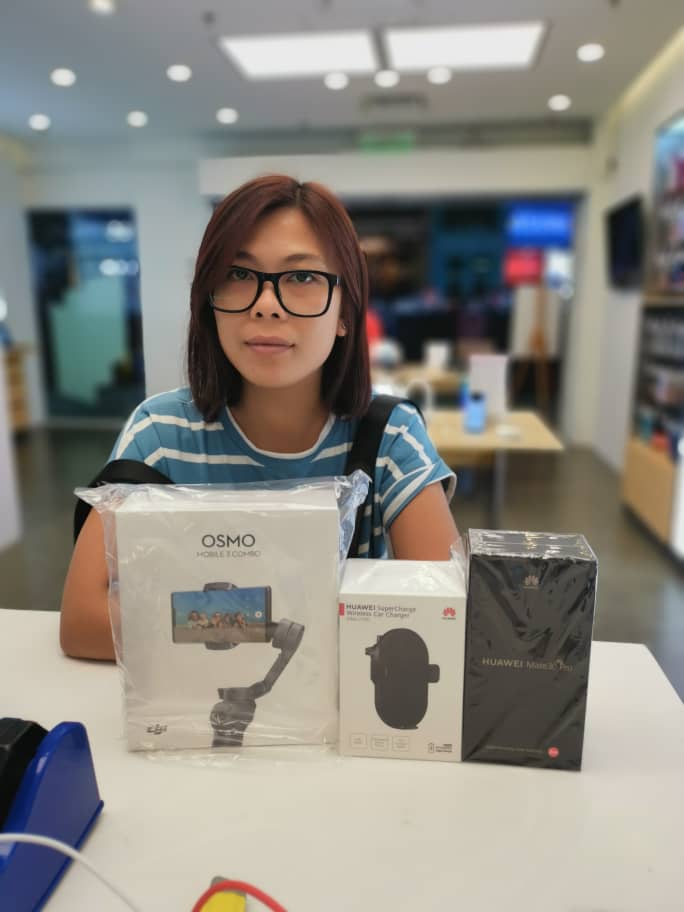 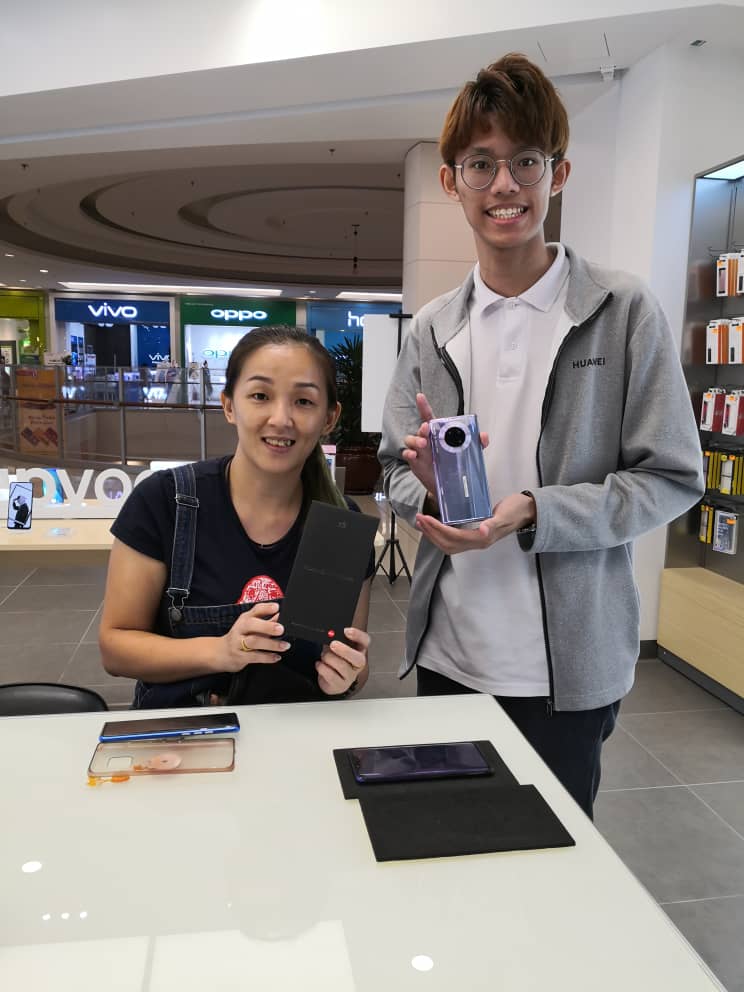 Here’s a quick low-down on what packages that the top three telcos Digi, Celcom and Maxis are offering in regards to the Mate30 and Mate30 pro. 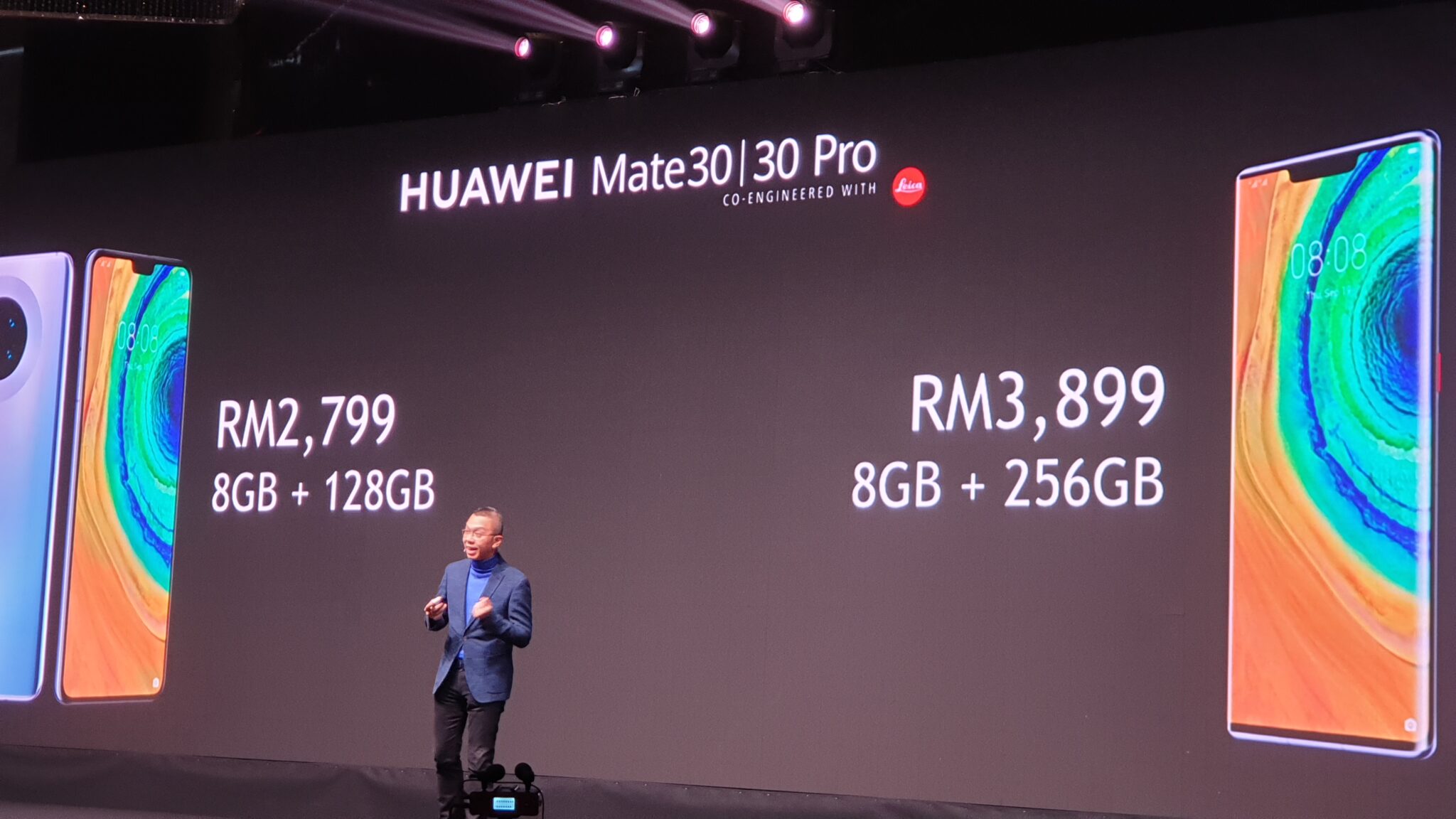 Celcom has a number of tempting deals for the Mate30. You can opt for a one-time payment package where you can buy the Mate30 for just RM299 with monthly payments of RM188 a month on a two-year contract via their Platinum Plus 100GB Plan. Even better, you can get the Mate30 and get a free P30 by signing up for a secondary sub-line at a one time purchase price of RM1,599 with a monthly plan of RM188+RM48 (subline) or RM1,699 with an RM148+RM48 (subline) per month.

From Celcom, you can rent the Mate30 for as low as RM15/month or own the phone and pay for it via installments at RM28/month via their highest end Platinum Plus 100GB plan. Check them out on the official Celcom page here. 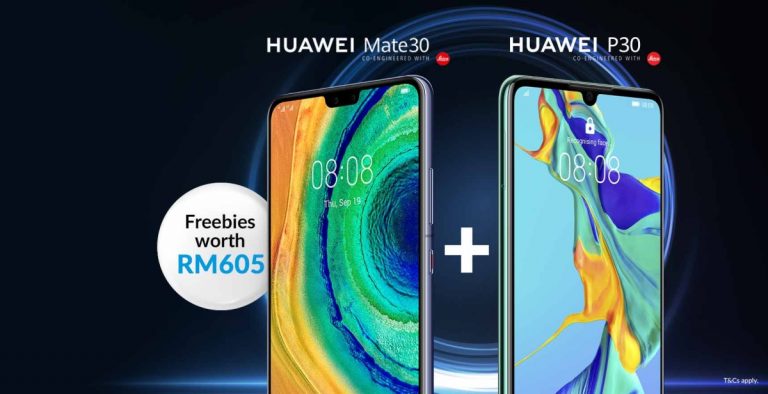 If you’re looking for more conventional deals from Celcom, you can rent the Mate30 for just RM15/month a total of RM203 per month. However, if you’re looking to own the Mate30, you can pay an RM28/month installment with an RM216 all-in total per month. Both Celcom postpaid plans are for two years. 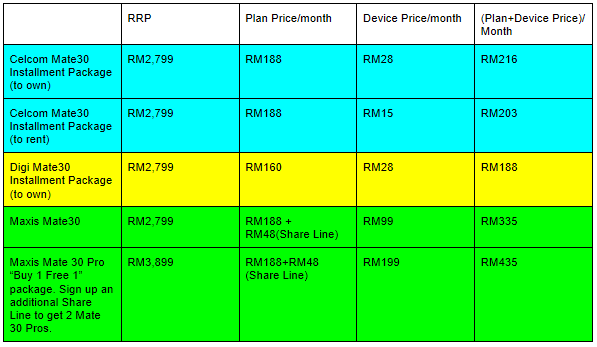 For Digi, you can acquire the phone for just RM28/month or all-in for RM188/month via their Digi Postpaid 160 plan. For more details on Digi’s plan for the Mate30, swing by Digi’s official site here.

Maxis offers a unique Buy 1 Free 1 offer for the Mate30 Pro where you get a second Mate30 Pro for free when you sign up an additional shared line (RM188 +RM48 for the shared line). Essentially, you’re getting two phones for the price of one with just RM199 a month to get both phones and a monthly total bill inclusive of the monthly RM199 device installment of RM435. Alternatively, you can get the Mate30 for just RM99 a month and an all-in price of  (inclusive of RM188+ RM48 shared line + RM99 device price) RM335. For more on the Maxis Buy 1 Free1 offer swing by their official page here.