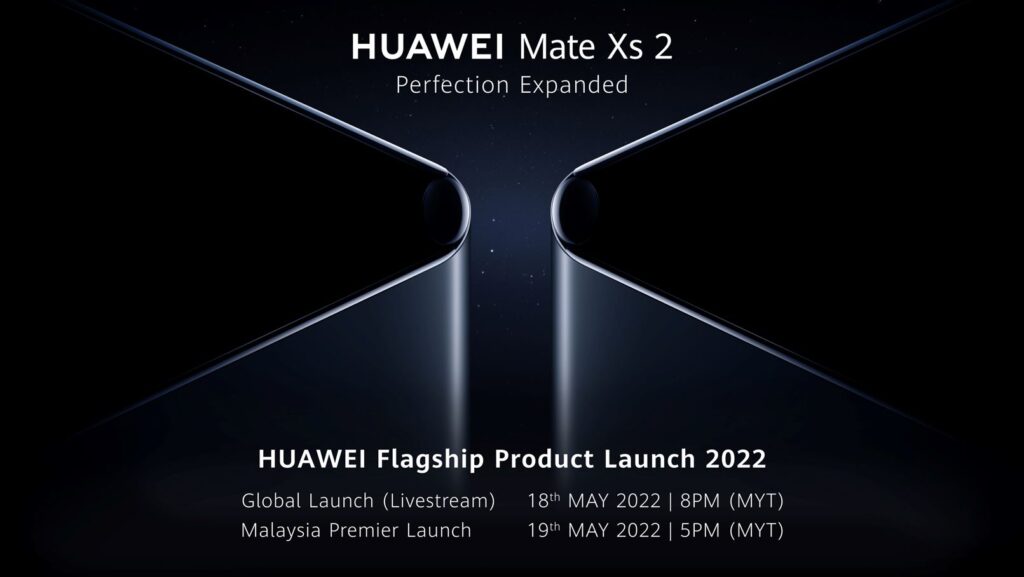 The Huawei Mate Xs 2 is their premier foldable flagship phone that has been slated for deployment in Malaysia in the near future though it has already debuted in China on 28th April. For now, it has yet to make its global debut which is why they’re announcing a live streamed Huawei Mate Xs 2 global launch event next week.

While exact prices and specifications for units intended for Malaysia haven’t been officially released as yet, the live streamed Huawei Mate Xs2 global launch event will take place on 18th May 2022 at 8PM Malaysia time on their official website and Facebook page.

Also appearing at the Huawei Mate Xs 2 global launch will be a slew of smartwatches in addition to several other entry and midrange devices to complement their existing line-up of smartphones that include the Huawei P50 and the Huawei nova Y70 though the Mate Xs 2 expected to take centre stage.

For the uninitiated, the Huawei Mate Xs 2 is a foldable smartphone that has a single large 7.8-inch display that folds outwards, wrapping around the outer portion of the phone rather than the current common practice of having a separate outer and main inner display. 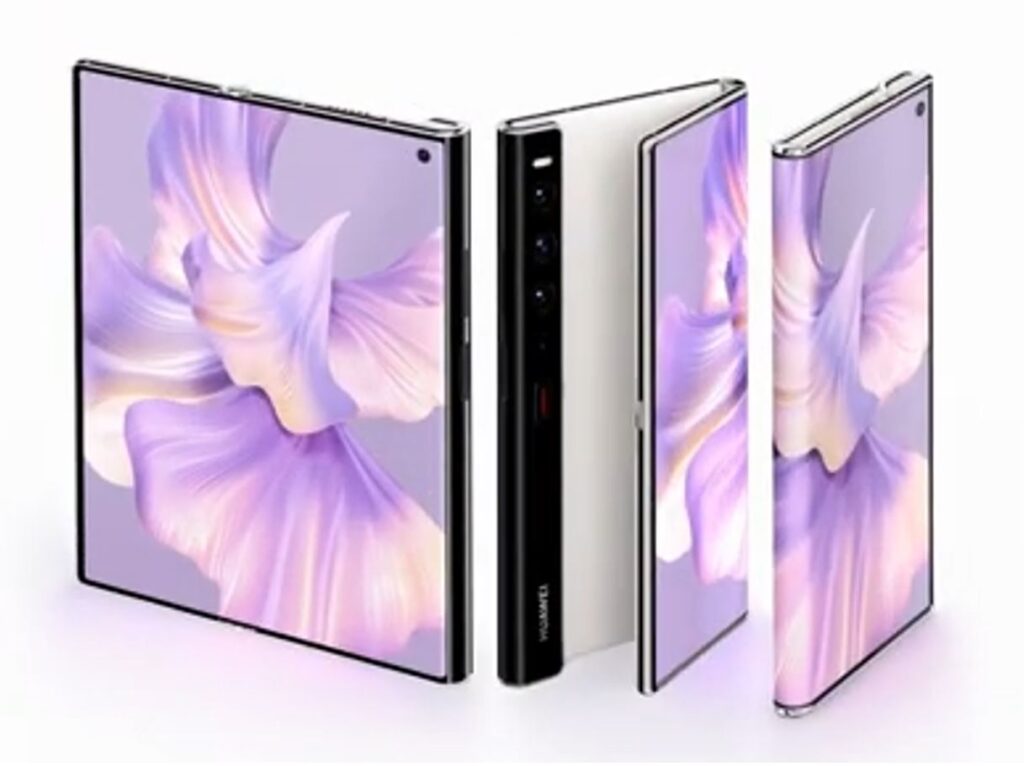 To achieve this, Huawei has implemented an improved hinge design that they’ve called a Falcon Wing Hinge design. The phone will also use a Snapdragon 888 CPU, up to 12GB RAM, up to 512GB storage and have up to 4G connectivity with a 4,600mAh battery and 66W fast charging. The phone will have a True Chroma triple camera system on the rear and a single 10MP selfie camera for video calls on the front.

How to watch the Huawei Mate Xs 2 global launch

While there are no official prices yet locally, official prices in China for the base 8GB RAM/256GB version of the Mate Xs 2 start from US$1,500 which is about RM6,598 and up though this may vary due to shipping, taxes and whatnot. The upcoming Huawei Mate Xs 2 global launch will take place as a live stream on 18th May at 8PM at

One thing to note though is that the upcoming live stream is primarily a global event which isn’t specific to Malaysia so you’ll be seeing prices and availability primarily for other parts of the world.

Huawei will have a specific event for Malaysia the following day on 19th May 2022 where they will unveil the official prices and devices that they will bring to Malaysia. We’ll keep you posted the moment we get any updates!