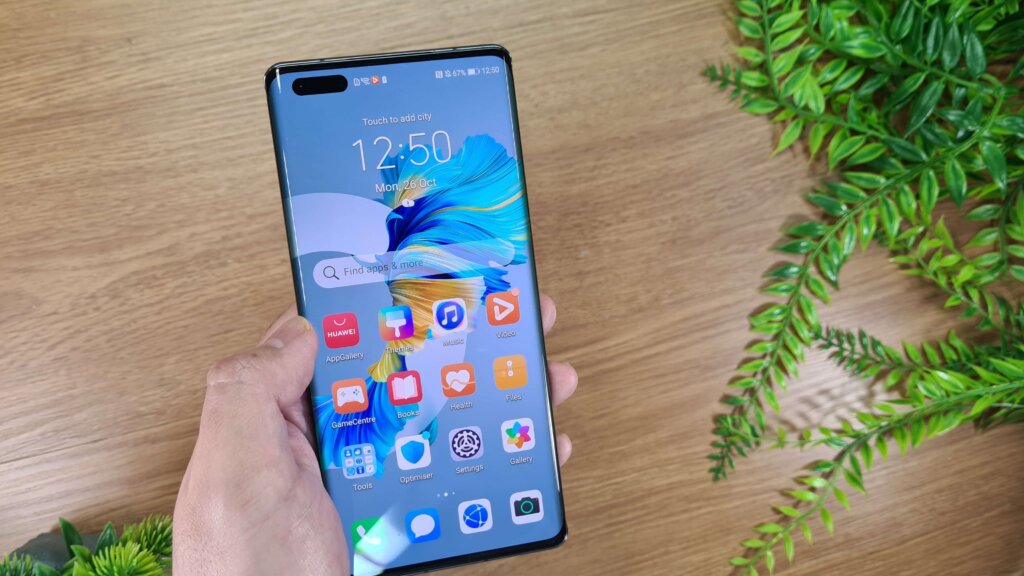 We managed to get our hands on an early review sample of the Huawei Mate 40 Pro that recently made its global debut and gave it a quick once-over to see how promising their latest flagship phone is.

One of a triumvirate of phones in the Mate 40 family, the Mate 40 Pro is the Goldilocks phone versus the lower entry level Mate 40 and the ultra-premium Mate 40 Pro Plus, sharing a balanced set of specifications and capabilities among them that still put it squarely in flagship smartphone territory.

What’s in the Box for the Mate 40 Pro

Out of the box, you get a modest range of accessories. Our review unit came with a free TPU casing, a pair of USB-C earbuds, a 66W SuperCharge charger and a USB-C cable to go with it on top of the phone itself. 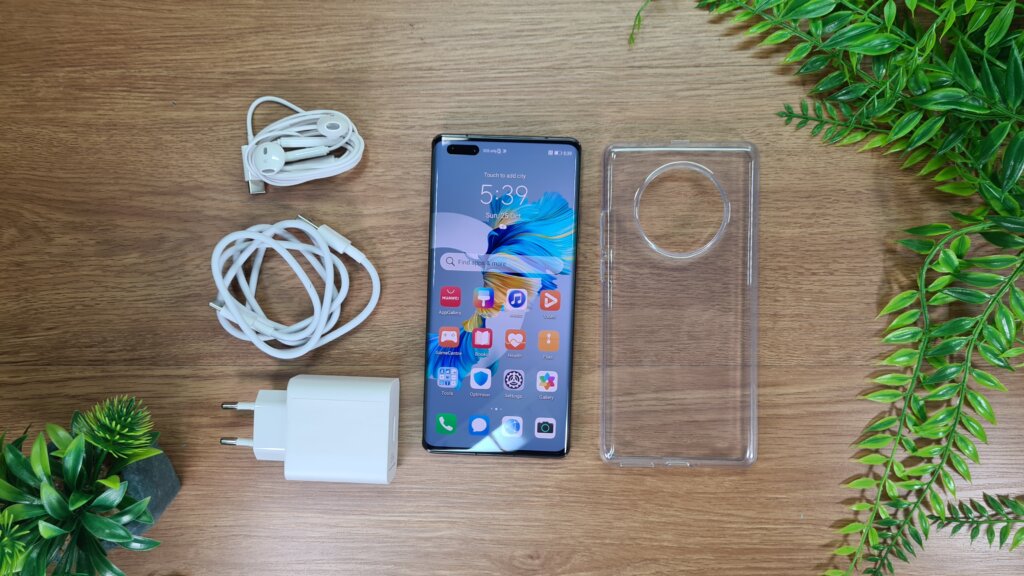 As our sample is an early review unit, it comes with an European style 2-pin plug. The retail version for Malaysia will have a local UK-style 3-pin plug. 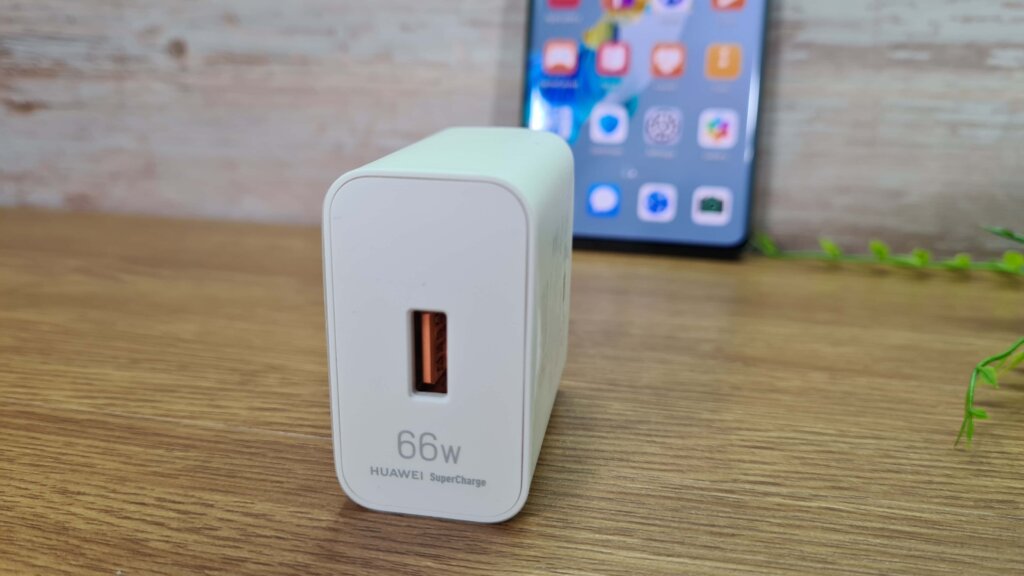 The design of the Mate 40 Pro looks exceptionally sleek with gently rounded edges and corners along with almost non-existent bezels for its large display.

Externally, the Huawei Mate40 Pro has several refined improvements over the previous Mate30 Pro. Last year’s Mate30 Pro went a bit off the deep end and attempted to almost entirely eliminate every physical button possible short of the power button and substituted the critical volume rocker with a fiddly method of hard swiping the edge of the screen to access a virtual volume rocker. This time around, they’ve gone back to basics and reinstituted physical volume rocker buttons once again just above the power button. 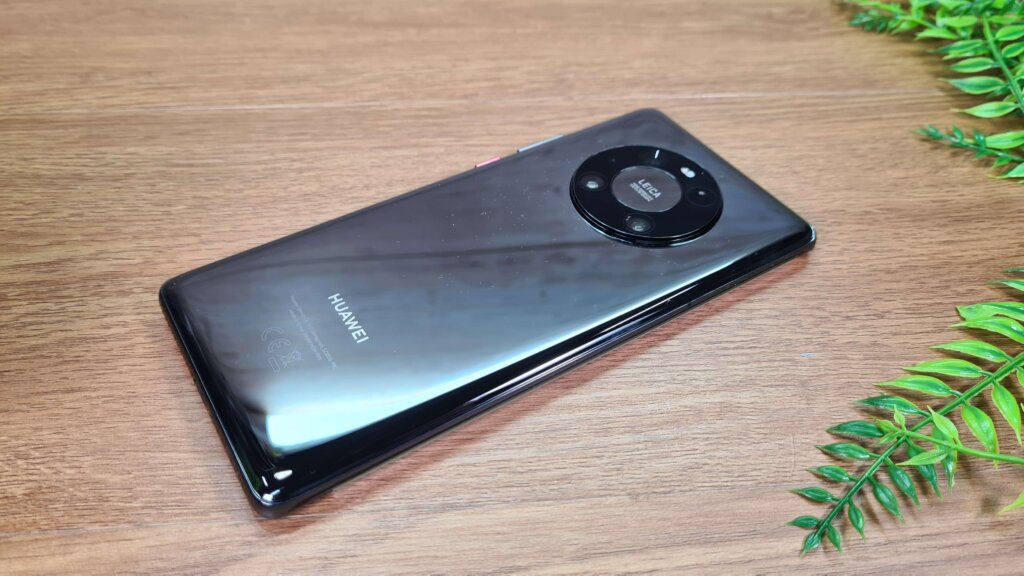 Our test unit came in a shade of black and had a rather weighty heft with a mirrored finish though it’s also extremely slippery; you’ll need to slap on the bundled casing at the earliest opportunity or have a grip of steel on the phone to ensure it doesn’t prang itself on the floor. The phone also reassuringly comes with IP68 water resistance too so it’ll survive sweat, splashes of water and the occasional shower.

Design wise, they’ve attempted to make the display sleeker and more flush with the rest of the chassis with steep 88-degree ‘waterfall’ edges. Aesthetics aside, the Mate 40 Pro’s 6.76-inch curved OLED panel has a pragmatic series of upgrades over the Mate 30 Pro. It  retains the FHD+ resolution of its predecessor but bumps up the refresh rate from a mainstream 60Hz to a nippy 90Hz. 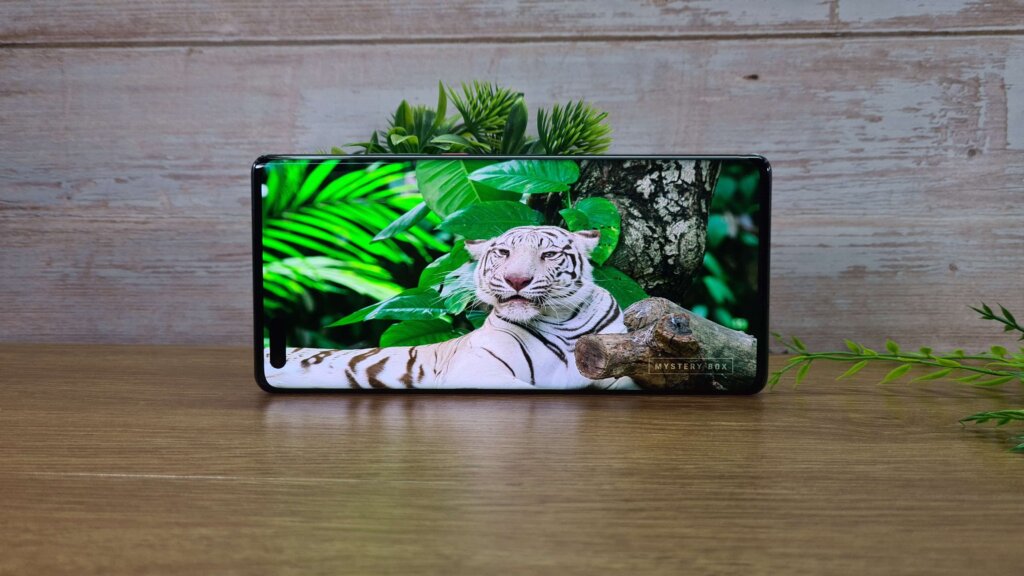 This is a notch down from the 120Hz refresh rate seen in the Galaxy S20 series phones and ROG Phone 3 but it does one-up the competition in a way as it has a 240Hz touch sampling rate which vastly enhances its responsiveness.

There’s also an in-display fingerprint reader for the waterfall display and, alas, a slightly larger pill-shaped punch hole to accommodate the front facing selfie camera array which adds in a 3D ToF sensor. The phone also features a tiny grille for one of a matching set of stereo speakers. 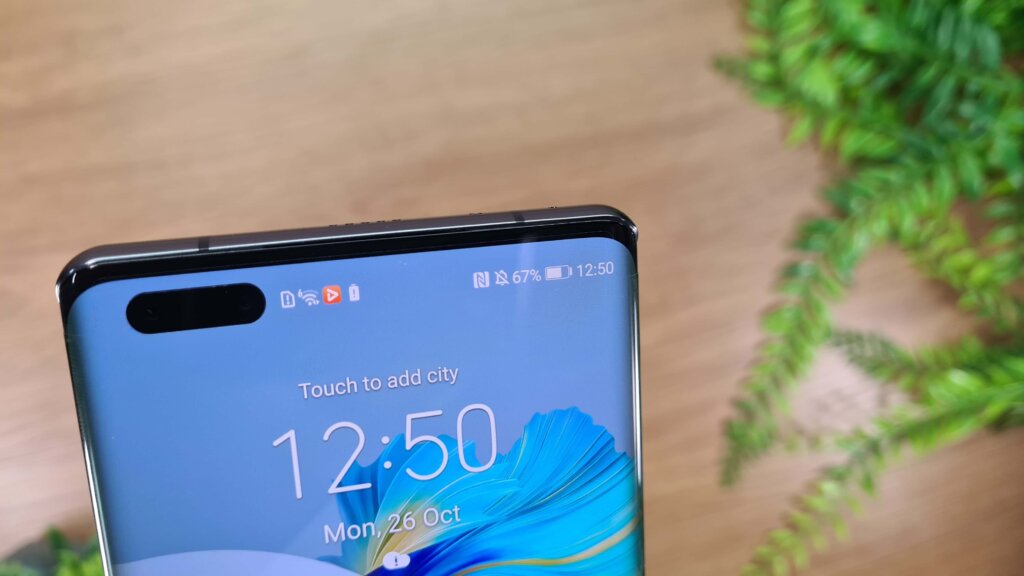 The phone’s most distinctive feature is its rounded rear camera housing that, in some eyes, still looks like the silhouette of a front-loading washing machine. Rather than clustering it all in the centre like in last year’s Mate30 Pro, the Mate 40 Pro spaces them out all around with the Leica logo prominently emblazoned in the centre of the circle. Unfortunately the camera bump juts out somewhat but it’s something easily solved by adding on a casing. 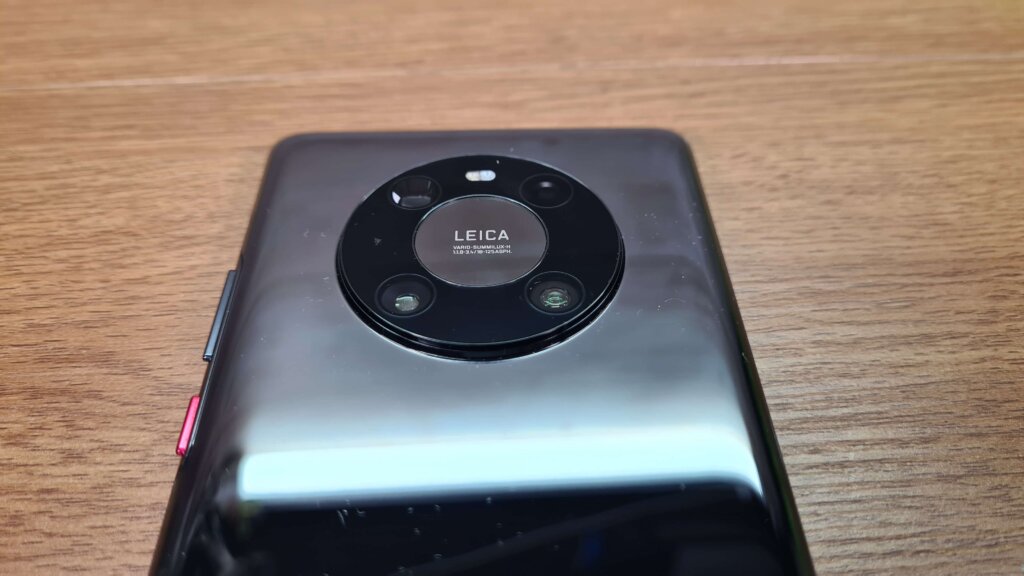 The base of the phone comes with a dual SIM card tray that accepts nano SIM cards or one NM memory card. Like its predecessors, the Mate40 Pro does not accept microSD cards but is compatible with Huawei’s own proprietary NM storage cards. You also get the obligatory USB-C port for charging and docking duties. The left side of the phone is otherwise bare but the top comes with an IR emitter along with a set of antenna bands.

Overall build quality does not disappoint with tactility and build quality befitting a flagship phone but the finish is a fingerprint magnet and casual handling of its mirrored backplate and display will yield smudges all over.

The Huawei Mate 40 Pro comes with Huawei’s latest Kirin 9000 octa core processor built on a 5nm process; it’s one of the world’s first 5nm chips currently available aside from Apple’s own in-house A14 chip which makes for exceptional bragging rights for Huawei.

The Kirin 9000 is in all likelihood one of the last Kirin chips to roll off the production line seeing the present embargo under the current U.S administration but it’s also their most powerful yet. This is paired with 8GB RAM and 256GB of storage that’s expandable via their NM cards. 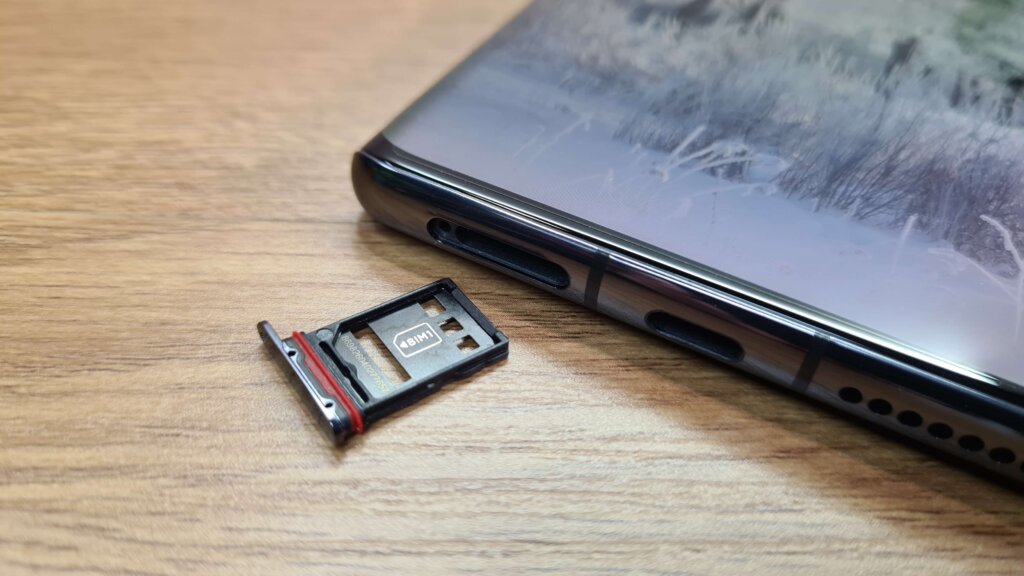 The phone also has an integrated 5G modem so it’s somewhat futureproof when 5G appears in Malaysia.

Under the hood, the phone runs Huawei’s own EMUI 11.0 interface based on Android 10 and relies on their AppGallery for apps sans Google’s own applications and whatever else is dependent on their services to run. Several recent upgrades to the AppGallery and EMUI include the addition of their Huawei Maps app for turn-by-turn navigation and the introduction of Huawei Pay to Malaysia.

Here’s a recap of the specifications:

This suite of hardware makes it a match for all but the most powerful flagship phones out there in terms of specifications though the better specced Mate 40 Pro Plus is capable of doing that and more. 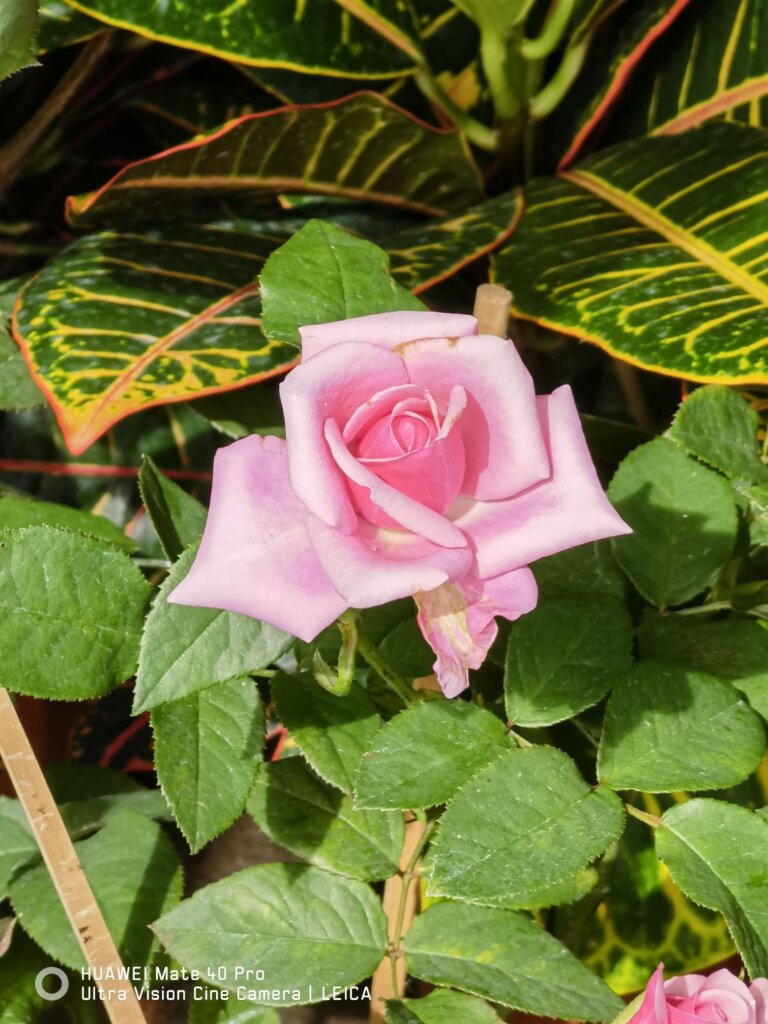 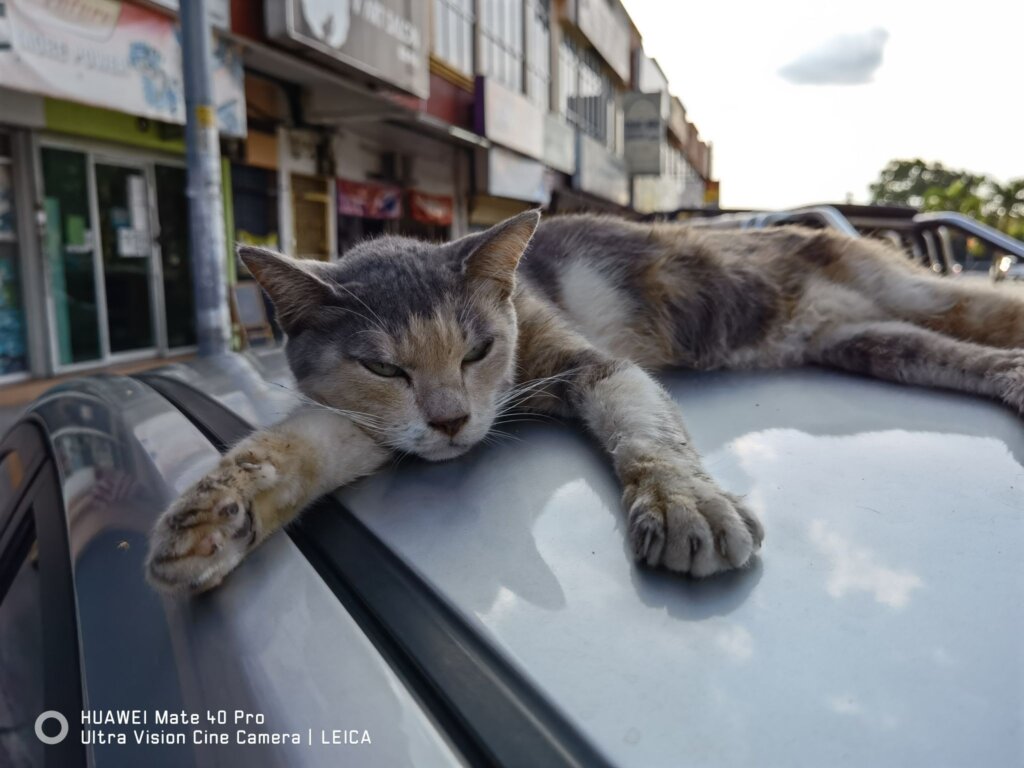 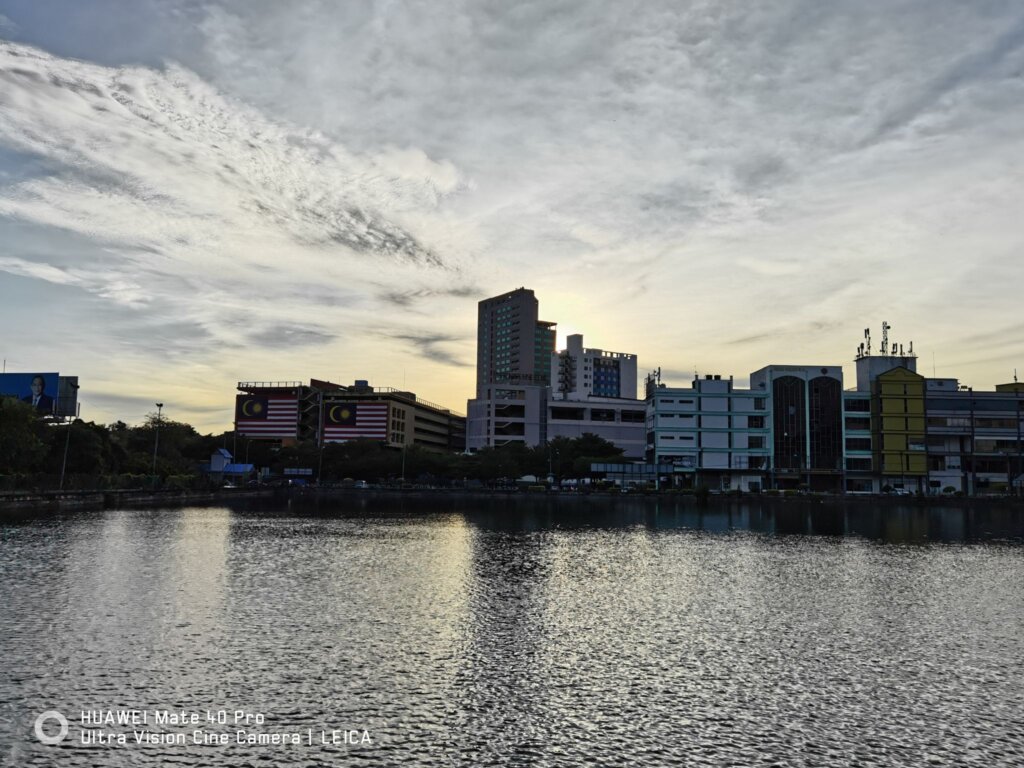 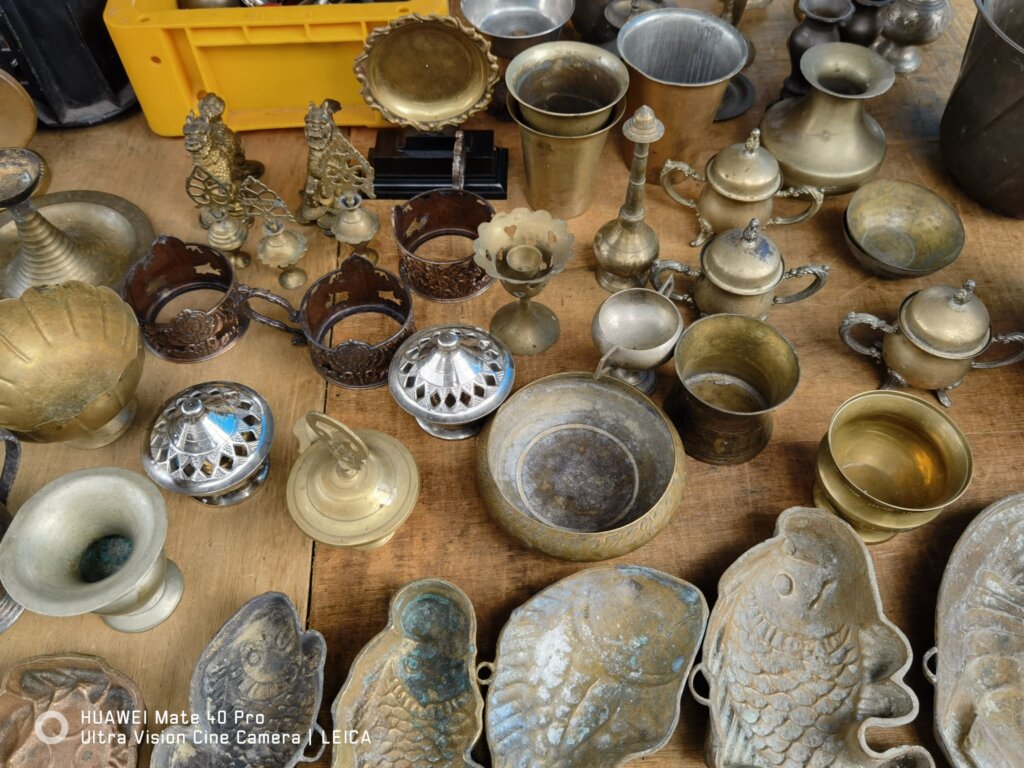 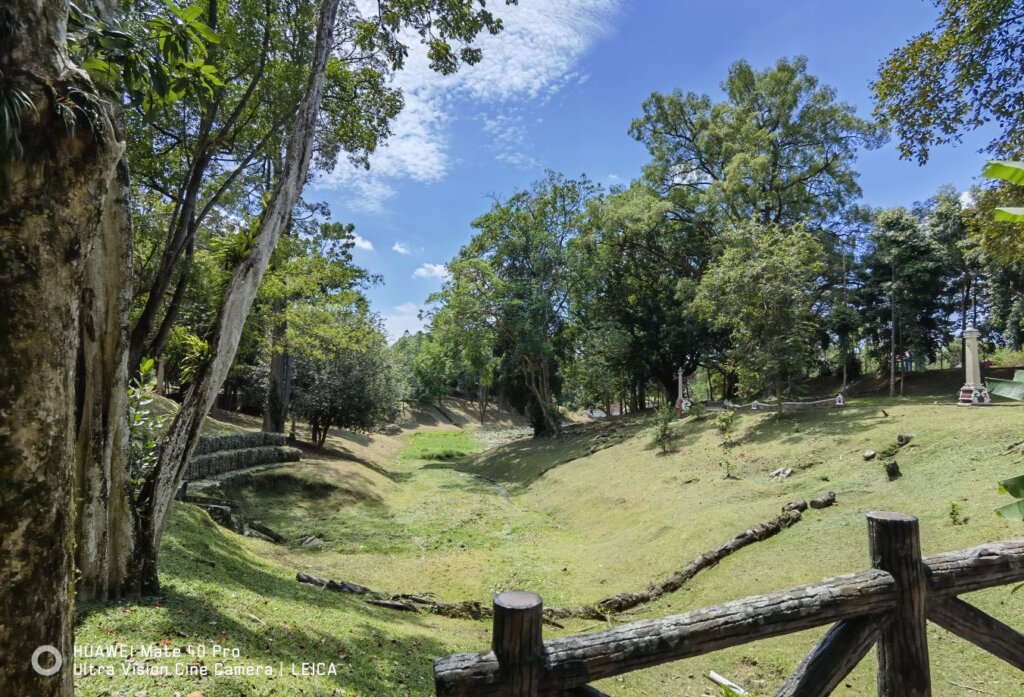 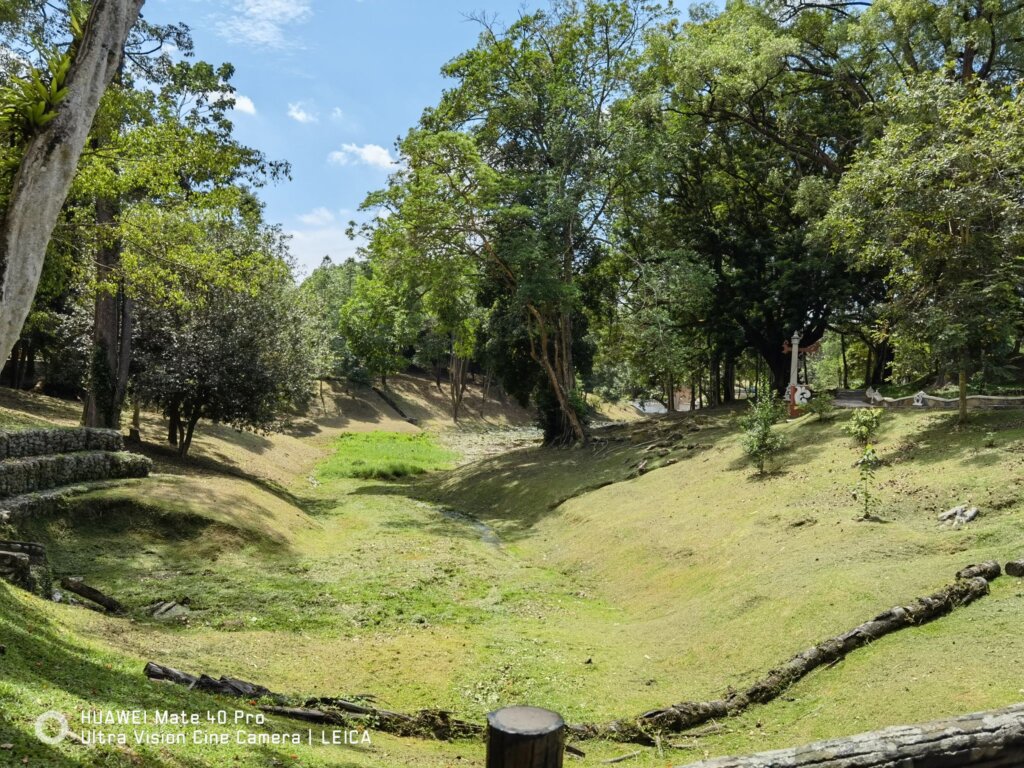 Primary camera of the Mate 40 Pro 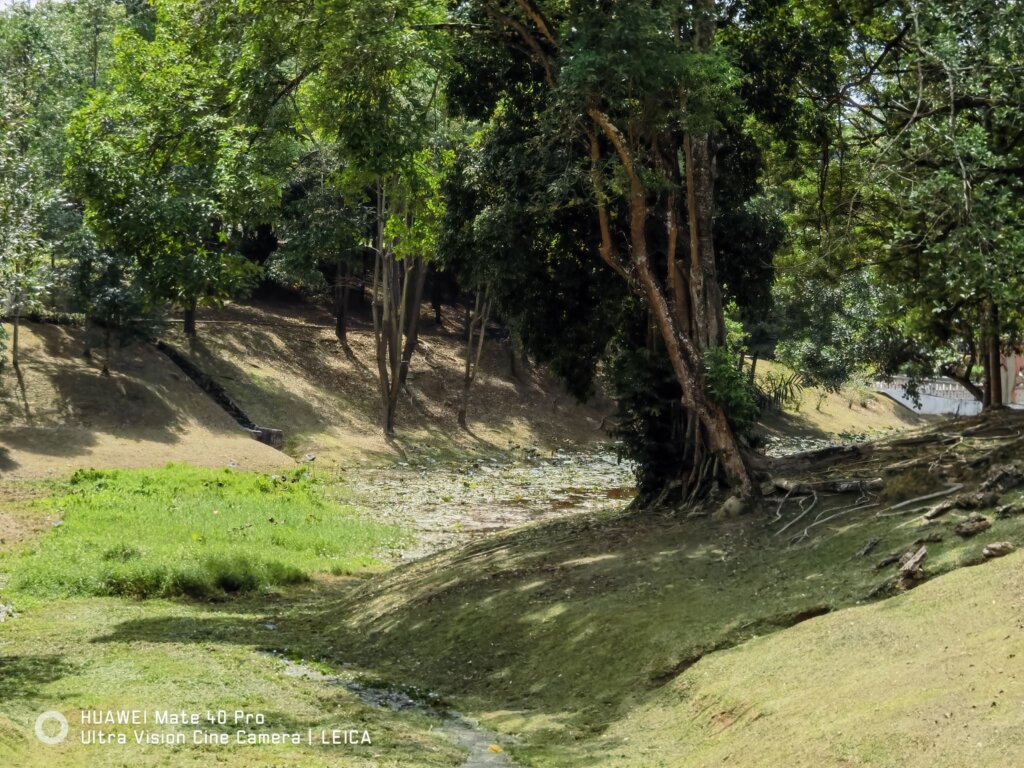 5x Zoom of a tree in the distance 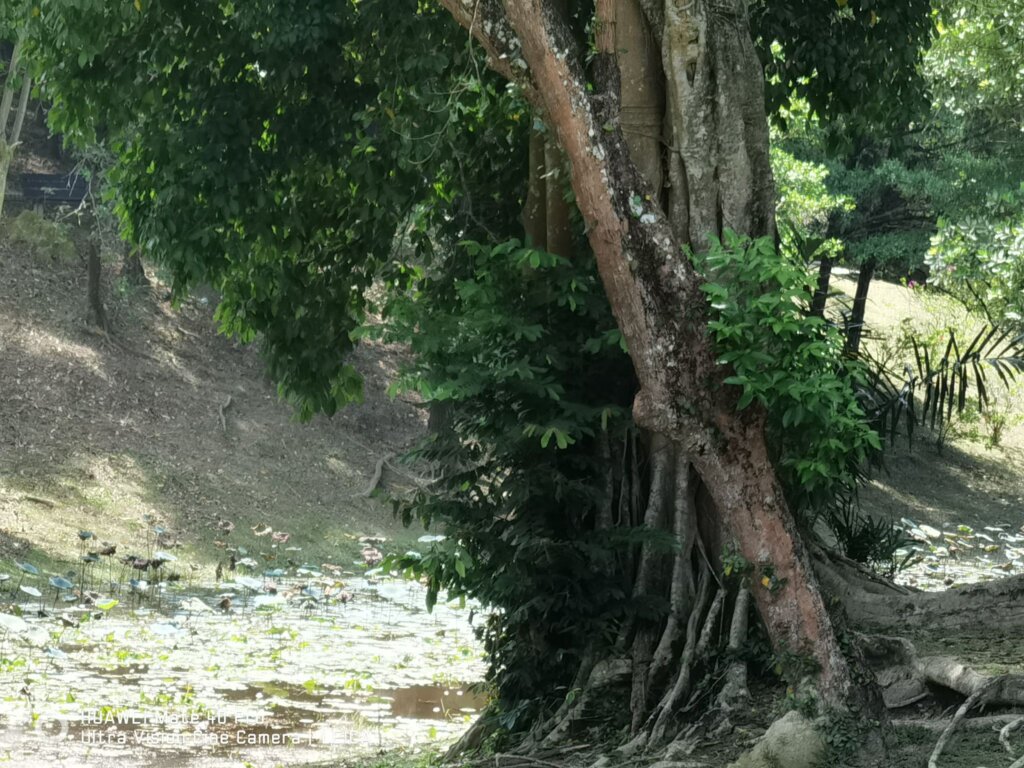 Still excellent retention of detail even beyond the 5x optical zoom

There’s no official word yet on local pricing or availability just for the launch of the Mate 40 Pro in Malaysia but we’ll keep you posted on any updates. In the meantime, stay tuned for our full review! 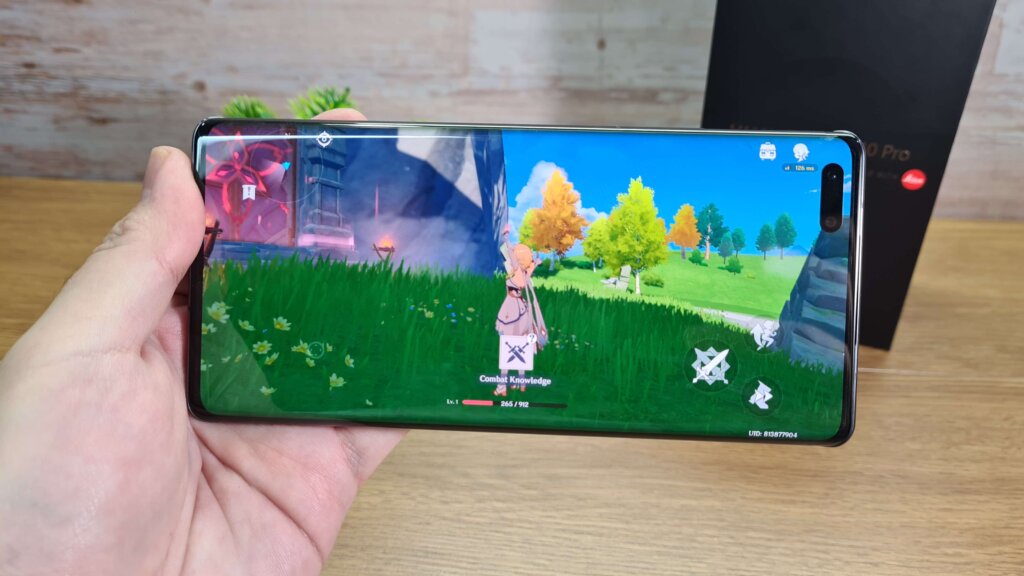