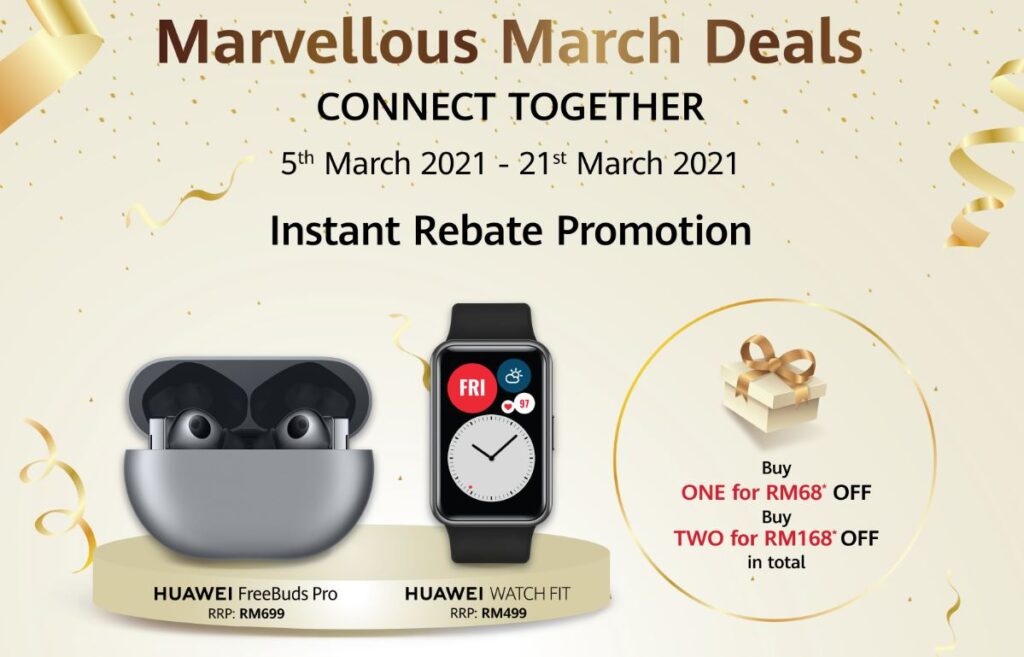 Huawei is getting a march or March as they’re offering a slew of Marvellous March Deals. All right, that’s enough puns for now. Until 21st March 2021, Huawei Malaysia is offering their FreeBuds 3i for just RM99 as a purchase with purchase promotion when you buy their potent MatePad Pro tablet priced at RM2,399. On its own, the FreeBuds 3i typically costs RM399. 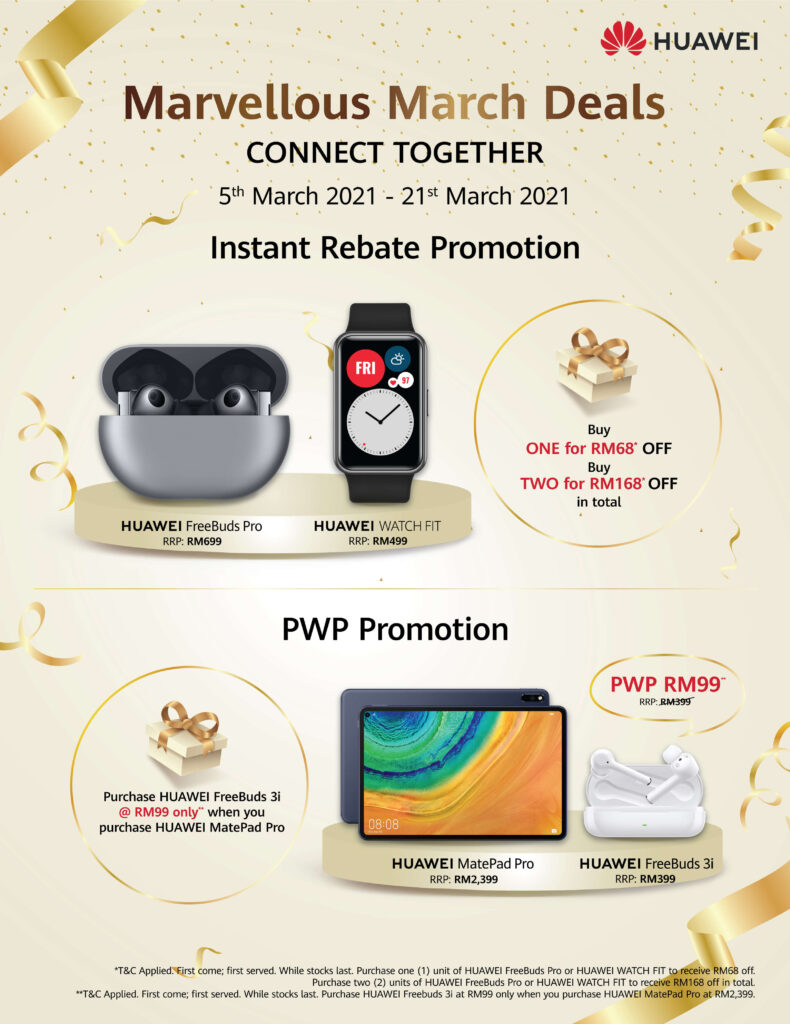 Other special deals for their Huawei Marvellous March deals include an instant rebate of RM68 when you buy the FreeBuds Pro wireless earbuds or Huawei Watch Fit smartwatch, which effectively means you get these top-shelf items of kit for cheaper. If you buy both of them at the same time, you get a generous RM168 rebate off the total bill which is substantial savings indeed.

This special purchase with purchase promotion for the MatePad Pro and FreeBuds 3i as well as the rebate for the FreeBuds Pro and Watch Fit can be acquired at any Huawei Experience store, their Huawei online store or their official Shopee or Lazada stores.

In the meantime, you can check out our  MatePad Pro review and our FreeBuds Pro review.