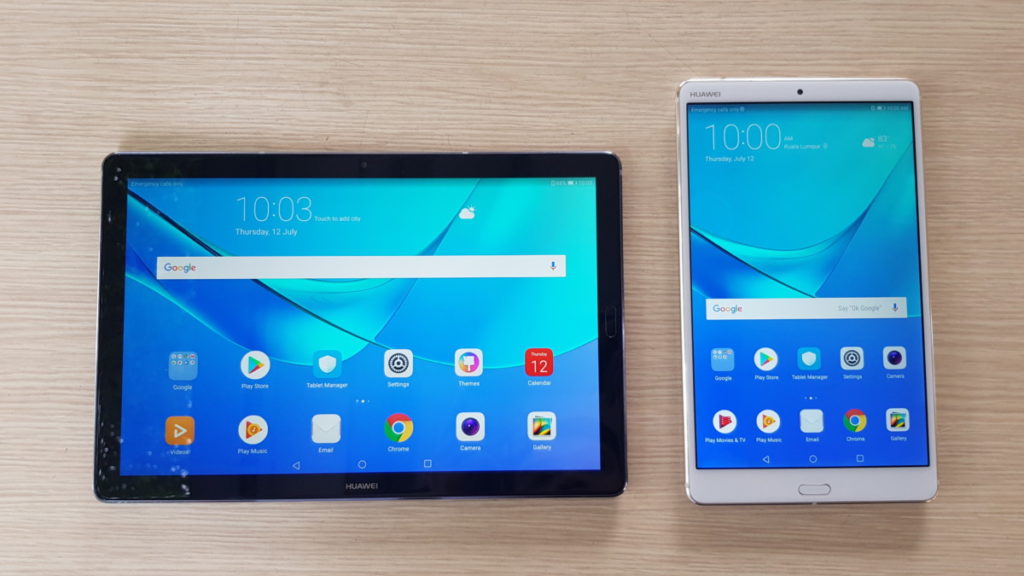 From left: The MediaPad M5 Pro and the Media Pad M5 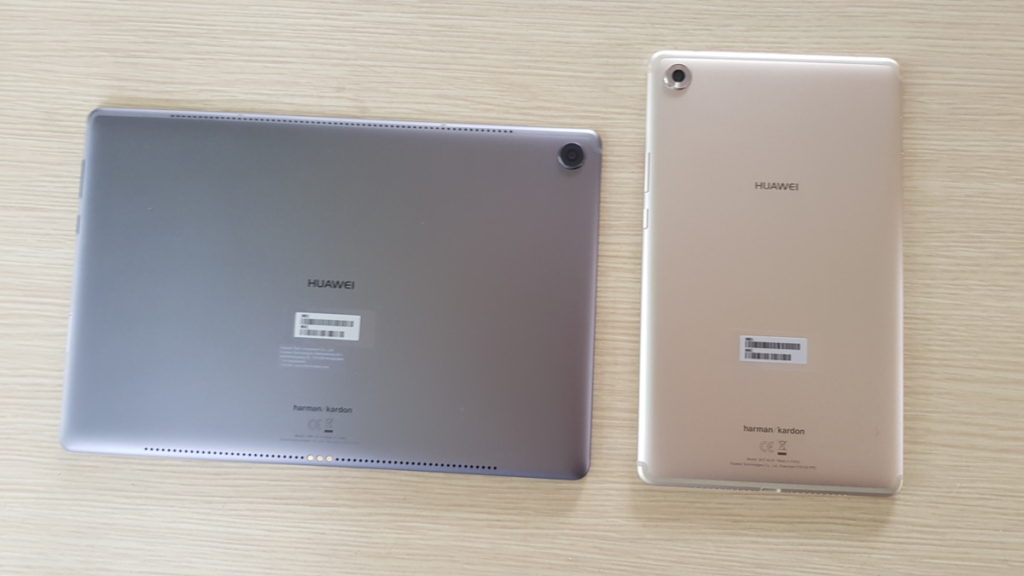 From left: The MediaPad M5 Pro and the Media Pad M5

The smaller variant, designated as the MediaPad M5  remains a classic rectangular slab in terms of its existing form factor. Crammed within the 7.3mm thin casing is an 8.4-inch, 2,560 x 1,600 pixel touchscreen display, a Kirin 960 processor running Android Oreo 8.0, 4GB RAM and 64GB of expandable storage.  On the imaging front, it has a rear 13-MP camera and a front 8-MP selfie camera. To keep things juiced it has a 5,100mAh battery.

For the Malaysia market, the MediaPad M5 ships in your choice of Space Gray and Champagne Gold. 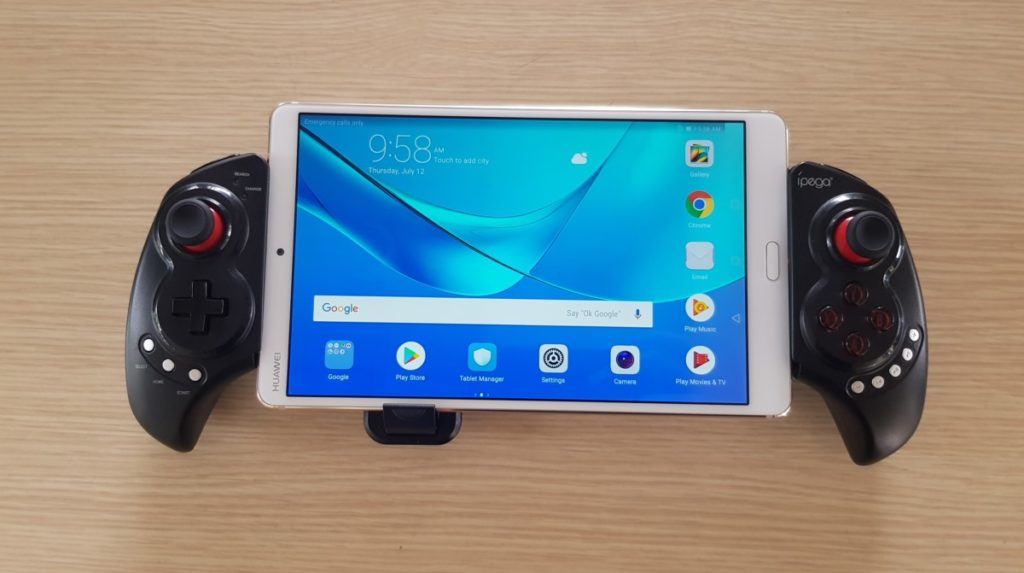 The MediaPad M5 also comes with an optional gamepad that lets you mount the MediaPad M5 sideways for gaming duties which opens the slate for quite a few possibilities for FPS and racing games.

A larger-sized variant exists as well with a 10.8-inch display with similar specifications bar the larger screen and a larger battery. Designated as the MediaPad M5 Pro, the larger variant has a screen that has a similar 2,560 x 1,600 pixel resolution as its smaller 8.4-inch sibling albeit with a slightly lower PPI on account of the larger screen size. 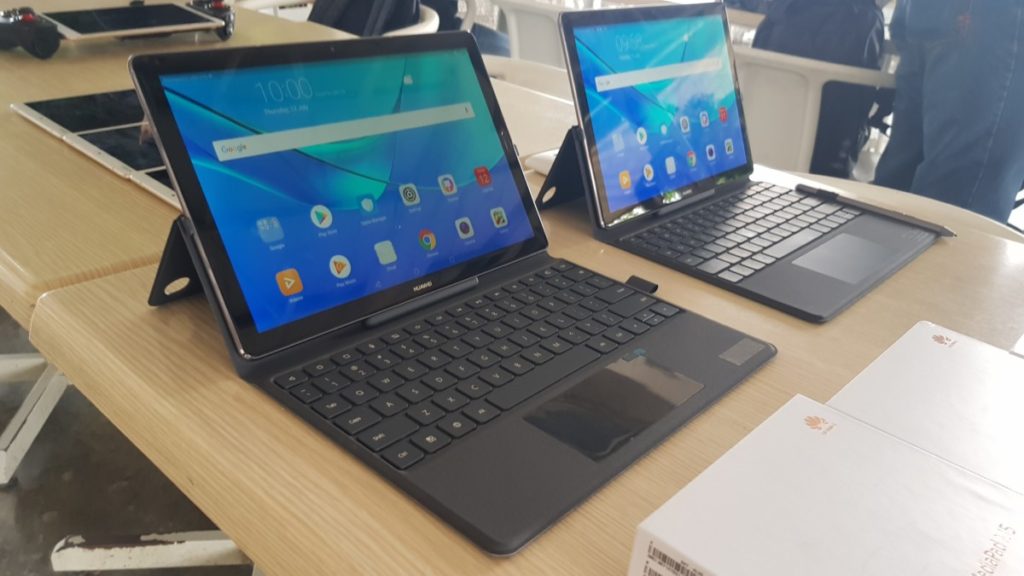 Since gaming invariariably needs a solid sound system, the MediaPad M5 series has a pair of side mounted Harman Kardon speakers with Hi-Res audio support which is a good step up from the usual mono speakers. In the case of the MediaPad M5, the speakers are oriented on the top and bottom which makes it best ideal for use in landscape mode. The larger MediaPad M5 Pro has them oriented on the sides as opposed to the top and bottom. 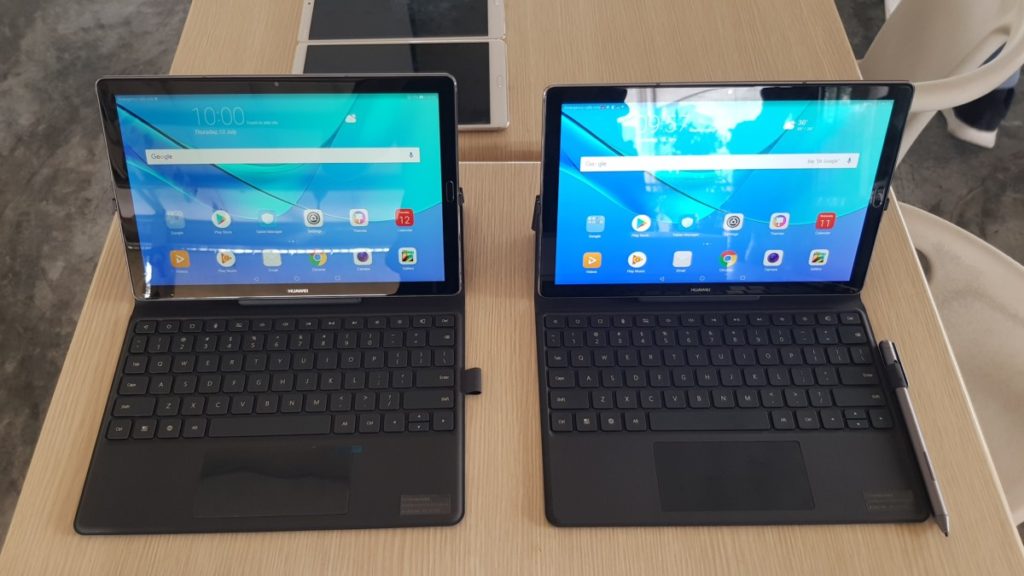 The MediaPad M5 Pro also has a fairly hefty 7,500mAh battery which ought to keep you powering through for quite a while. Fret not if you run low on juice as the battery can be juiced up to maximum in under two hours. 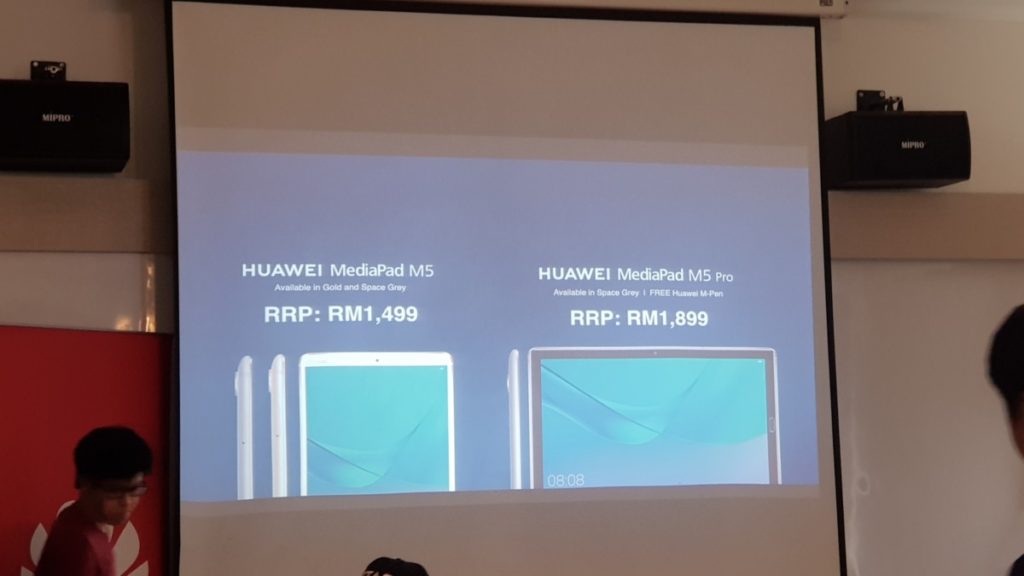