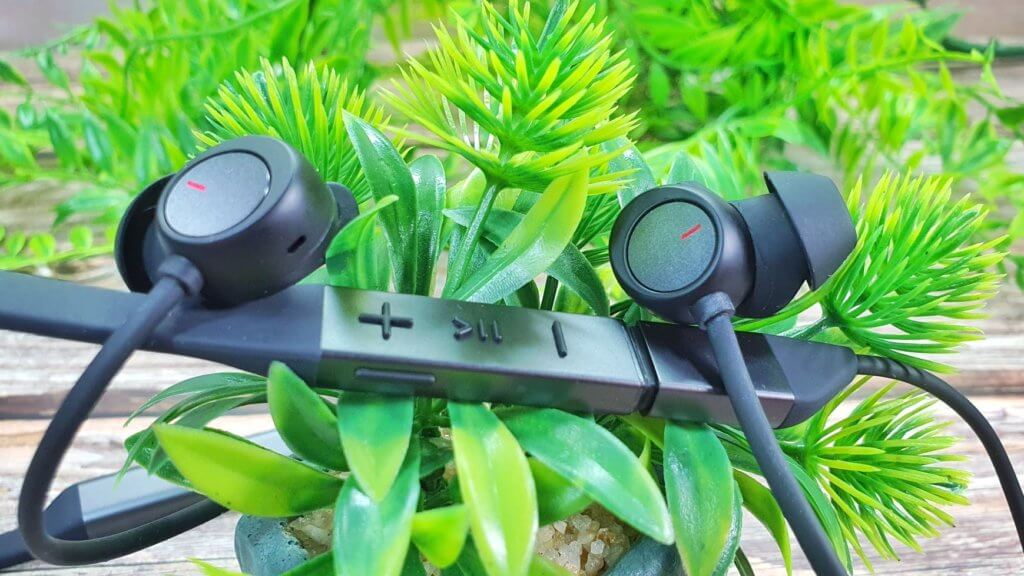 The Huawei FreeLace Pro are a pair of neckband-style wireless earbuds that are now available in Malaysia priced at RM399 while bringing in a lot to the table for what you pay for. Here’s our review of Huawei’s latest wireless earbuds.

Huawei’s latest wireless neckband-style earbuds are an interesting mix of practical features and design with the best hardware that they can offer ahead of the impending release of their FreeBuds Pro in a couple of weeks.

Out of the box, the FreeLace Pro comes with a basic assortment of accessories that include the FreeLace Pro inset in a cardboard tray, a quick start manual, a USB Type-A to Type-C dongle for charging and two additional ear tips in different sizes to better customise the fit to your ears. 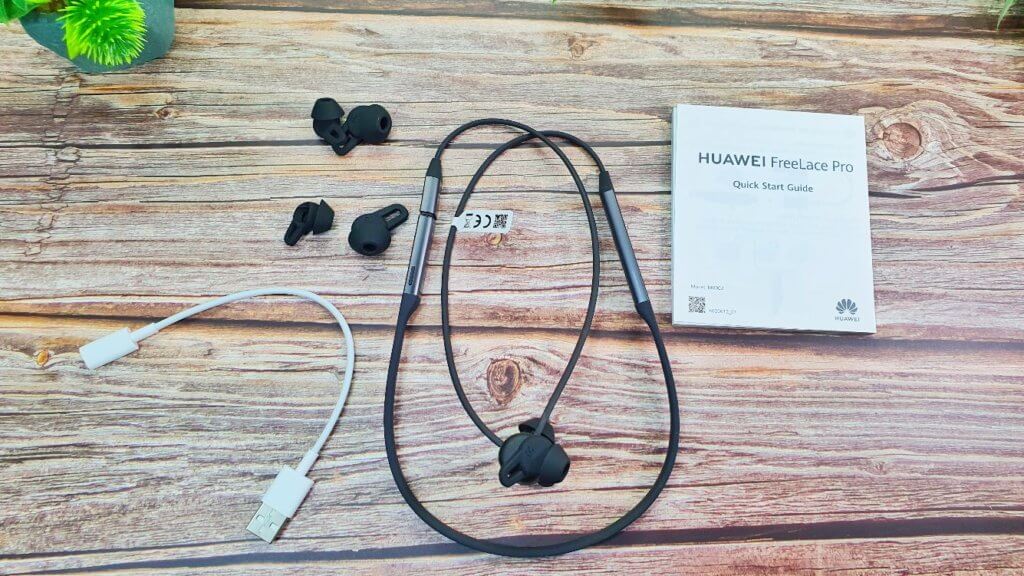 In keeping with many neckband-style earbuds, the FreeLace Pro is designed with a flexible connecting band that rests on the back of the neck that is primarily made of soft polyurethane with a nickel-titanium strip embedded within it to retain its shape.

The earbuds each have an integrated wing tip to securely keep it in your ears and comes with magnets on their back that allow you to connect them together when not in use. Connecting them together in this fashion also automatically disconnects your FreeLace Pro’s Bluetooth connection from your music source or phone to save on battery life. The addition of magnets also neatly resolves a traditional annoyance with neckband-style earphones – having them flop about when not in use.

One side of the neckband comes with a set of controls to manipulate music playback and a power button to turn it on or off. In order to offer some measure of tactility, the controls are embossed to make it easier to feel by touch. 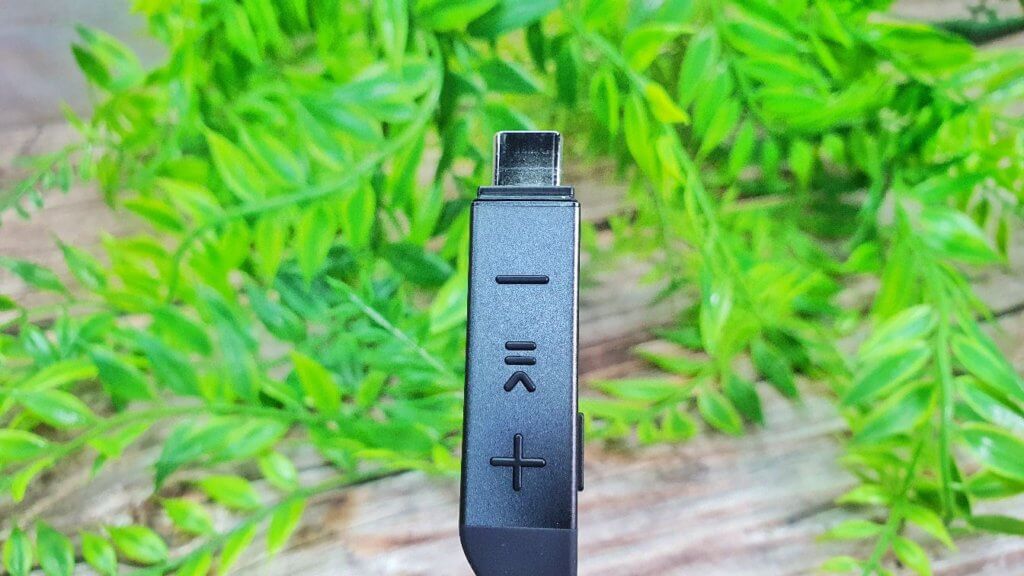 In an ingenious bit of design, Huawei has hidden the USB Type-C port near the controls in a port that’s revealed by gently pulling and detaching part of the neckband to reveal a USB Type-C port.

Rather than a fiddly rubber port, Huawei has opted for this more practical design that makes it easier to access and also lets you charge it off a smartphone of recent vintage like the P40 Pro. If you need to charge it off a laptop, you can use the provided adapter to hook it up to a USB Type-A port. Seeing as most of us carry a smartphone around more often than a laptop, this practical aspect of design is a godsend.

In terms of hardware, each earbud packs 14.2mm dynamic drivers paired with an aluminium-magnesium diaphragm. This is paired with active noise cancellation to the tune of up to 40dB via dual microphones in each earbud. These microphones actively detect and nullify external ambient noise for a better listening experience though you can also activate an ‘ambient’ Awareness mode that filters in critical external noise when you’re outdoors. Here’s a summary of the FreeLace Pro’s specifications:

Overall build quality and the thoughtfulness in its design are pleasing indeed and the FreeLace Pro feels rather premium with a sturdiness and build quality you’d expect in more pricier gear. It’s also splash resistant too with an IP55 rating which means it ought to survive a splash or two or rain; just don’t go taking it for a swim or a shower.

Setting up and pairing the FreeLace Pro is relatively simple via Bluetooth and it pairs up even faster with Huawei issued phones of recent vintage like the P40 and P40 Pro via their own HiPair tech. For firmware updates, you can use Huawei’s own AI Life app which also gives basic diagnostics.

You can also swap out the existing pair of earbuds for the smaller and larger one bundled in the packaging in order to offer a better fit. We found the medium sized version the best fit though your mileage will vary depending on personal preferences. The integrated ear wings are moulded with the earbuds, which slightly limit customisability somewhat but adds to its durability.

For music playback and to take or end calls, you simply tap on the embossed play/pause button. Double tapping moves forward to the next track while triple tapping goes back the previous one. Unfortunately, this control setup is hardwired in and you can’t customise it though this isn’t a deal breaker as the existing setup is straightforward.

Perhaps the only quibble here is that there isn’t any way to modify the sensitivity of the controls and occasionally the FreeLace Pro doesn’t register double or triple taps effectively, requiring multiple attempts before it takes.

During the course of our review, we subjected it to our usual test line-up of audio tracks and were pleasantly surprised by just how capable the FreeLace Pro was. The 14.2mm dynamic drivers were able to create surprisingly punchy bass and Bear McCreary’s classic ‘Prelude to War’ with its taiko drum heavy ensemble was rendered in a suitably energetic fashion. Mids and highs were also pretty well handled with fair sound staging which is apparent in Pink Floyd’s ‘Time’ which has an ensemble of clocks going off in the first minute or so of the track. 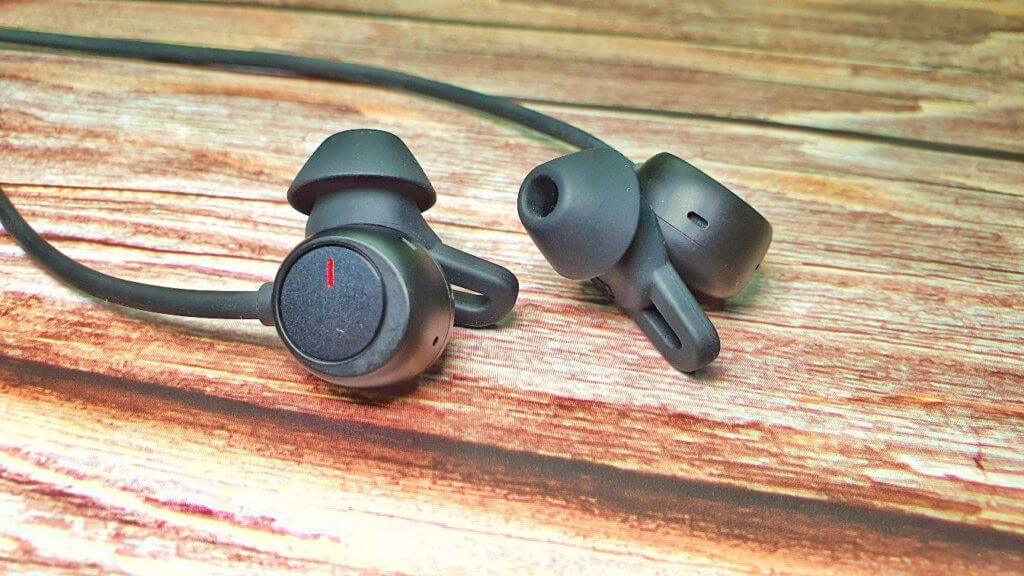 In gaming, the 150ms low latency mode works mostly as advertised especially when gunning for kills in Call of Duty Mobile though there seemed to be a slight imperceptible delay when firing guns downrange in terms of audio feedback.

What elevates the FreeLace Pro above the norm is its addition of ANC that’s rated for up to 40dB which is equivalent to about the background noise of a library. In field testing, it’s able to mute out most of the sound of a coffee shop though louder, more piercing noises like a car horn or loud shouting are out of its purview. You can also fire up its Awareness mode which comes in handy if you’re on the move to hear announcements and chimes for traffic lights and public transport. Call quality on the FreeLace Pro was excellent with good clarity on both sides over several test calls. 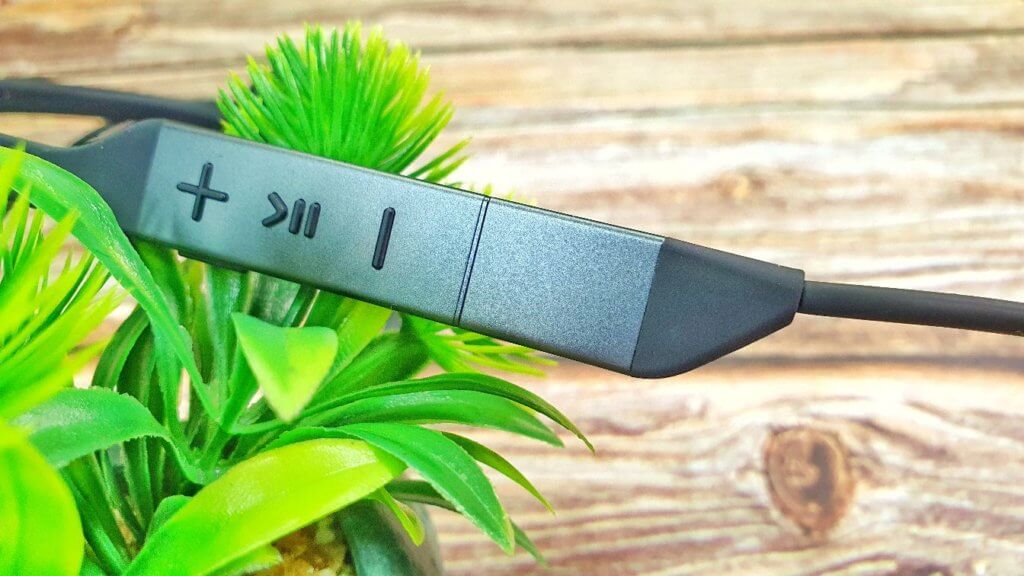 Perhaps the biggest quibble here is that you can’t really customise the controls nor is there an equaliser to tweak the sound to taste but the addition of ANC is a pleasant surprise especially in its price range.

In terms of endurance, Huawei has rated the FreeLace Pro to last up to 24 hours with ANC turned off and using medium volume settings. With ANC on, it’s rated to last about 16 hours. We managed to get close to the quoted duration – with ANC off we managed to get 23 hours and 32 minutes of usage listening to music, give or take a few incoming voice calls.

The Huawei FreeLace Pro proves to be a pleasant surprise, offering a good performance to price ratio combined with practical features that will endear it to commuters and travellers. Throw in active noise cancellation and long battery life and you have a (literally) sound design for general purpose duties. 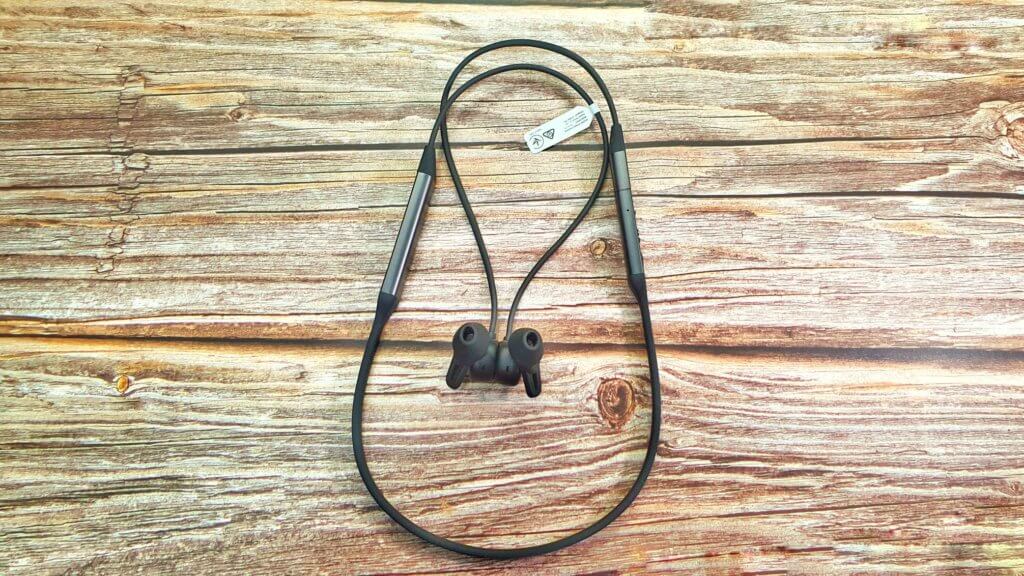 What we liked Offers active noise cancellation, good audio performance for price, easy charging via integrated USB-C port, comfortable for long-term use
What we didn’t Control ergonomics need some refinement, no control customisation, no equaliser settings
We say You’re getting a surprisingly good pair of neckband-style earbuds for what you pay for while ensuring great audio performance that have active noise cancellation and the kind of endurance (24 hours) and durability to stand up to fairly rigorous daily use.

You’re getting a surprisingly good pair of neckband-style earbuds for what you pay for while ensuring great audio performance that have active noise cancellation and the kind of endurance (24 hours) and durability to stand up to fairly rigorous daily use.