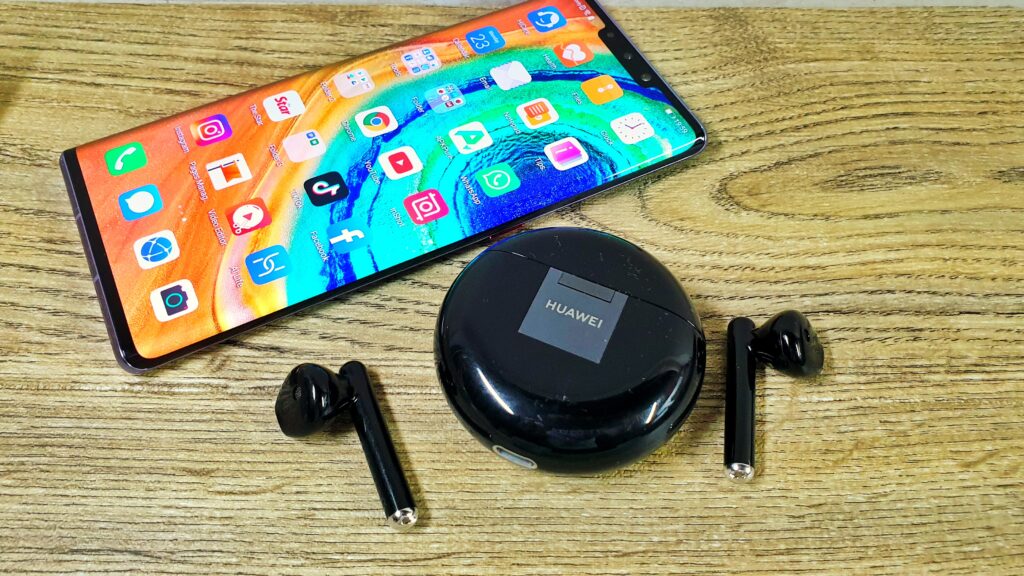 As the third generation incarnation of their wireless earphones, the FreeBuds 3 brings a lot of innovation to the table as they are notably the world’s first open-fit, active noise-cancelling earphones while clocking in at a very agreeable RM679. 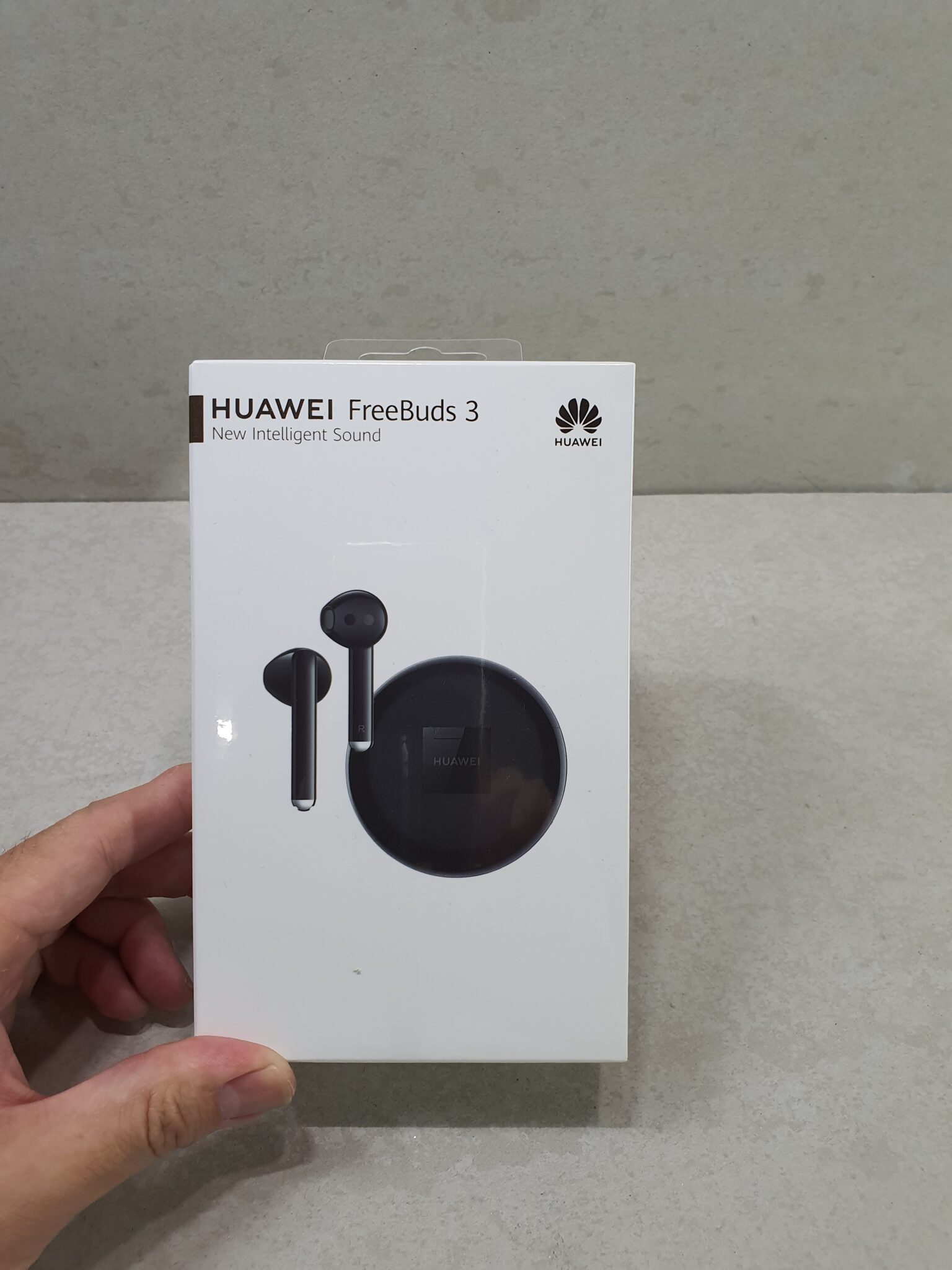 The impressive packaging consists of a white cardboard box and a slide-out inner box that holds both earphones, the charging case itself and a USB Type-C charging cable. 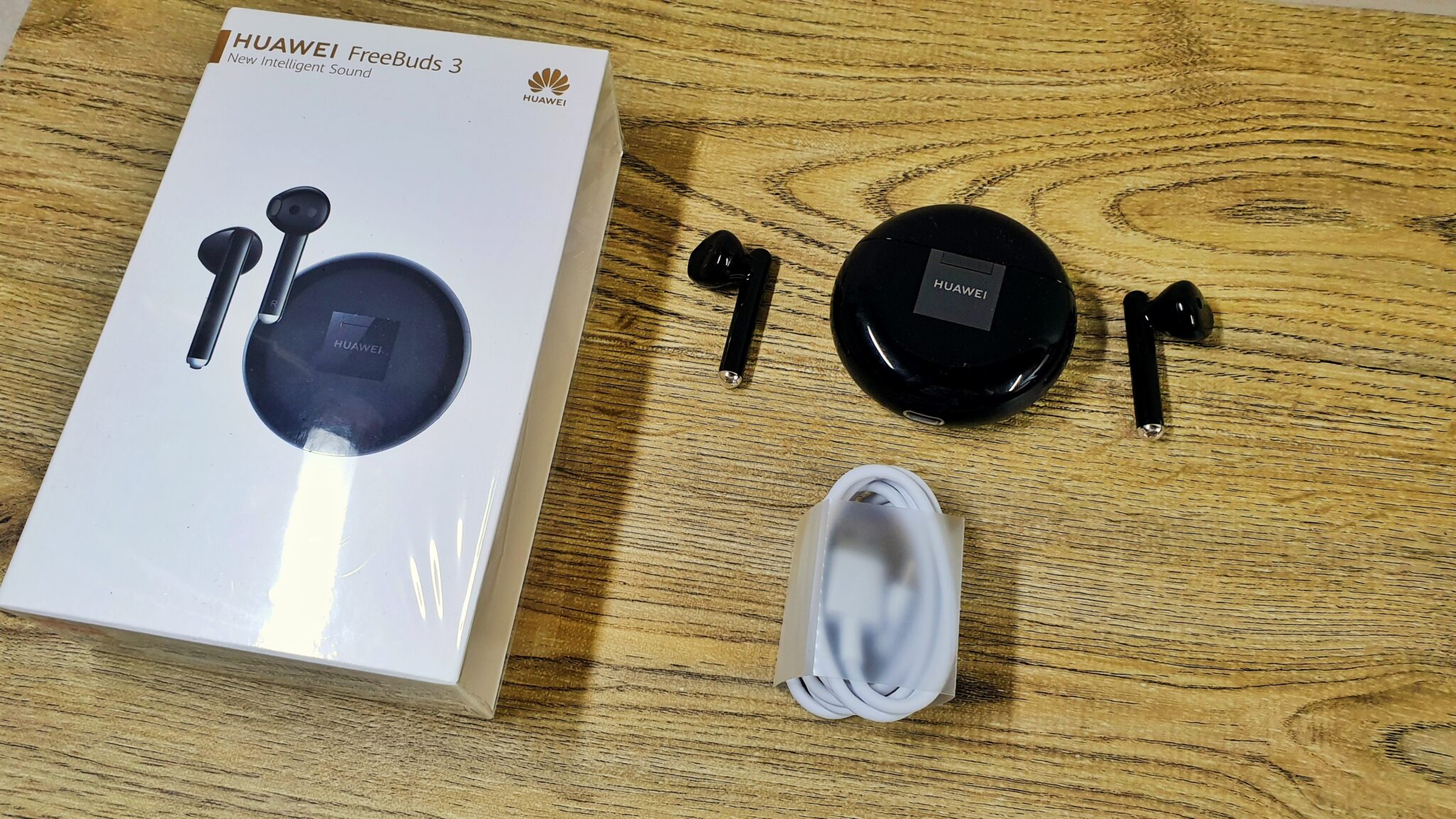 Perhaps the most distinctive aspect of its design, the charging case of the FreeBuds 3 is akin to a chunky makeup compact case or somewhat like a snack-sized wheel of Babybel cheese done up in either black or white. 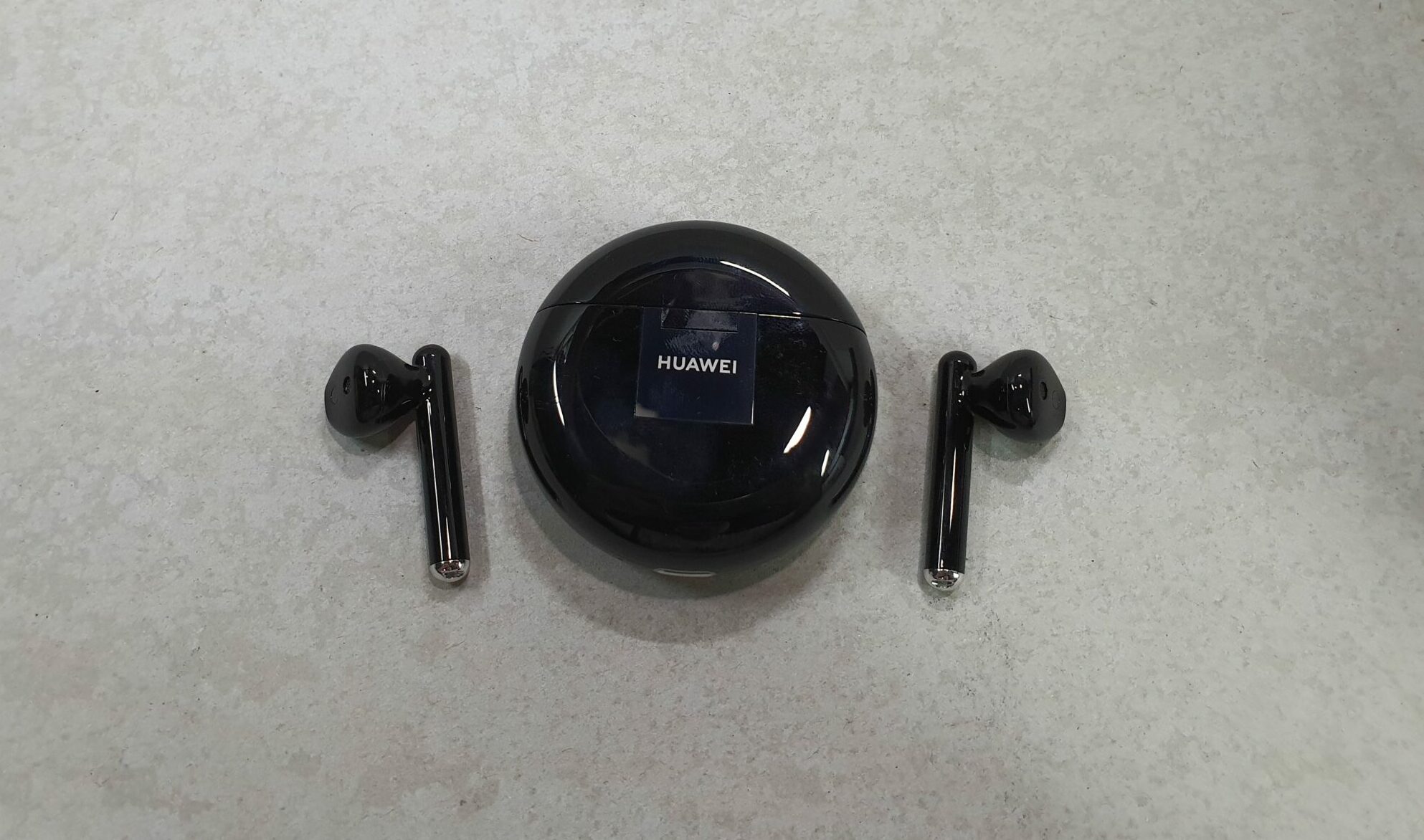 The charging case is smooth to the touch like a river-smoothed pebble and fits neatly into any pocket with the top flipping open to reveal two precisely fitted ports that hold and charge the FreeBuds 3 earphones. The base of the charging case sports a USB Type-C port so you can use a conventional phone charger to juice it up. 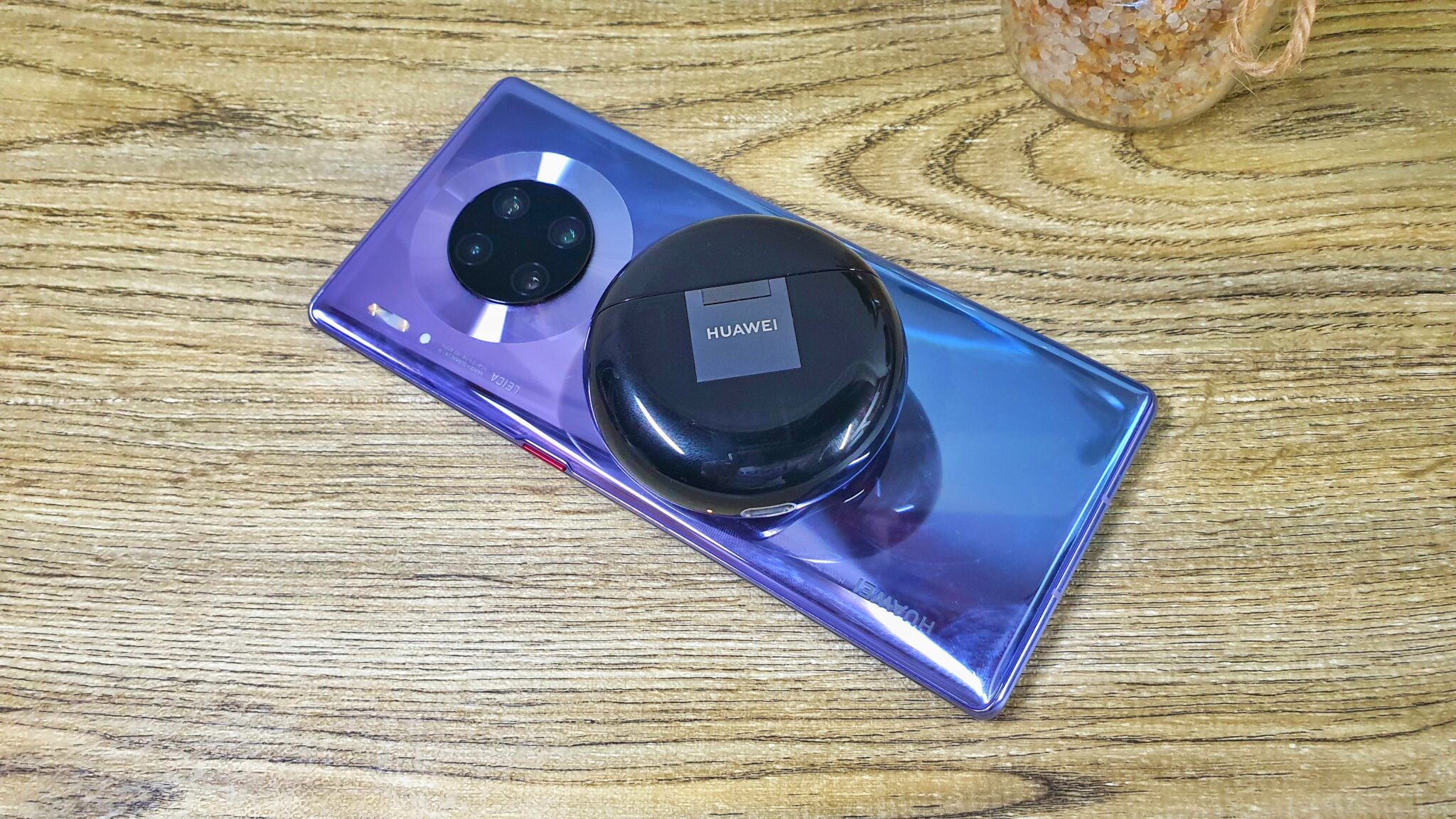 The case itself also supports wireless charging too. In a pinch, you can use the Reverse Wireless Charging mode on Huawei smartphones like the Mate30 Pro to charge the FreeBuds3 by placing it on the phone’s rear charging grid located somewhat at the bottom third of the Mate30 Pro’s backplate to get a quick charge.

The earphones themselves have an in-ear open-fit design that has been optimised to fit most ear shapes and which aim to offer a more comfortable listening experience over long periods of time as they don’t stick in the ear canal like conventional in-ear earphones with silicone eartips.

Astute audiophiles will observe that it bears more than a passing resemblance to Apple’s AirPods Pro earphones, what with their toothbrush shaped design but differ to practised eyes as the FreeBuds 3 has a more nuanced stem design capped with a silver endcap that holds the microphones and larger openings for the drivers.

Each earphone is built around a 14mm driver, a dedicated bass tube in each earphone, Huawei’s Kirin A1 mobile processor as well as integrated active noise cancellation (ANC). The earphones rely on Bluetooth 5.1 connectivity to make and take calls from a paired smartphone and possess a set of touch controls on each earbud that let you manipulate ANC and music playback.

On a single charge, the earphones offer 4 hours of battery life with an additional 20 hours available from the charging case which works out to about 5 additional charges. 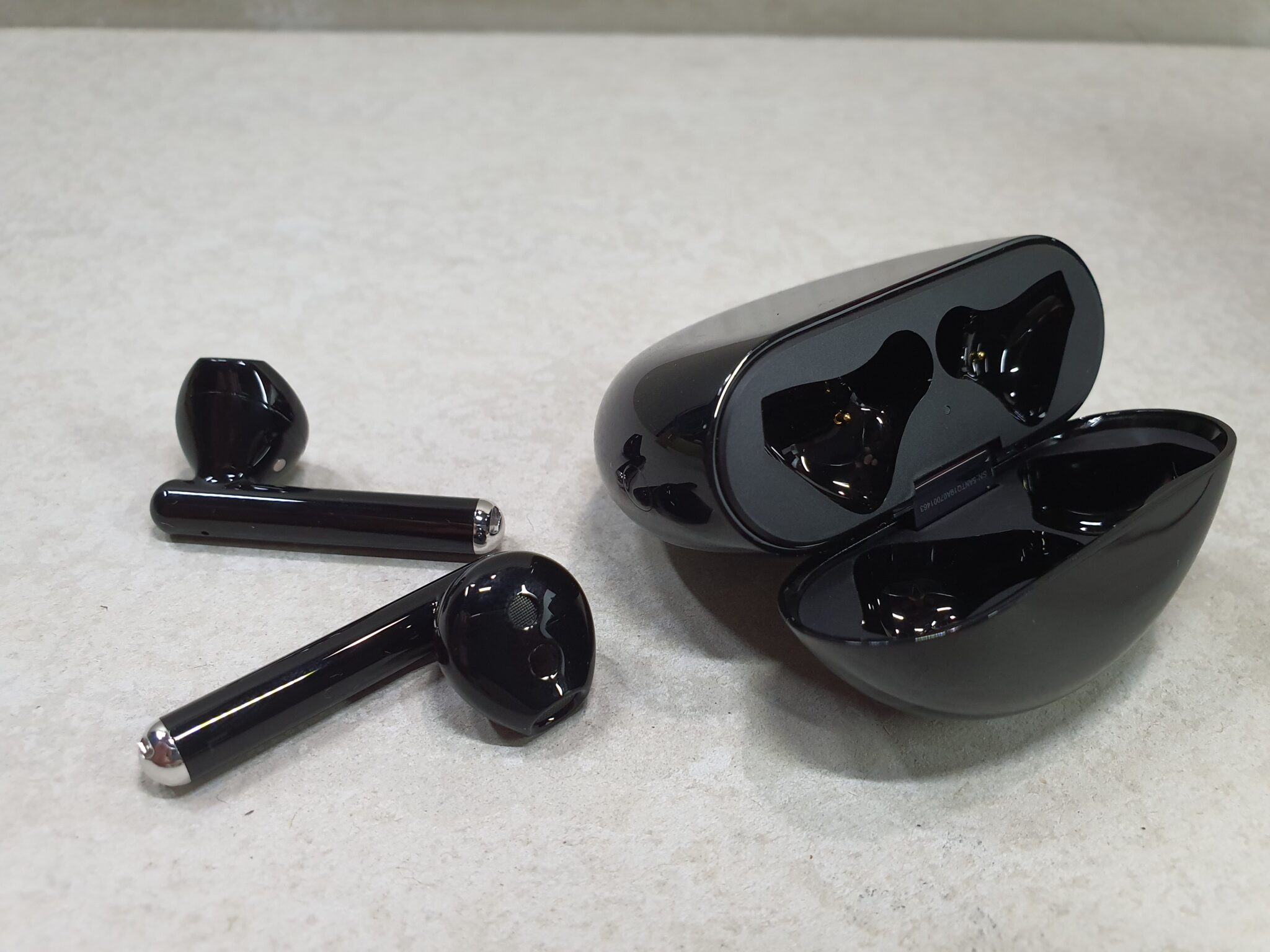 The overall build quality for the earphones and its associated charging case does not disappoint and while the vast majority of it is composed of plastic, it’s exceptionally sturdy indeed.

The flat, rounded charging case reduces the odds of it snagging in your pocket or giving you an unsightly bulge. Their exceptional lightness, with each earphone weighing just 4.5g means that they’re a pleasure to wear as you really don’t feel the weight at all, even over extended periods of time.

As you’d likely surmise from most branded headphones, Huawei’s FreeBuds 3 work best with their own smartphones running EMUI 10. It also works with any other smartphone, including Apple’s iPhones via Bluetooth connectivity though you don’t get the complete experience with iOS kit.

For more precise control of its noise cancelling and other features as well as to update the firmware, the FreeBuds3 relies on an app called AI Life that’s free for download on the Google App store and the Huawei App Gallery. Unfortunately, it’s not available on the Apple App store so iPhone users are left out in the cold for this one.

App availability aside, you can still access general functions with a series of taps on both ear buds. Tapping twice on the left earbud turns ANC on or off while a double tap on the right lets you start or stop music playback.

Getting it up and running is as simple as it gets and it pairs up in a quick fashion with almost any smartphone though it’s impressively swifter with Huawei’s own phones with just a flick of the case to pop it open and connect after initial pairing.

Wearing them is equally straightforward and you simply have to bung them in your ear with the pointy bit facing down. They proved to be surprisingly comfortable which is also helped in part due to their lightness.

While we had some concerns over how secure it was without the benefit of a silicone ear tip, they were unfounded as the earphones remained reassuringly secure even with vigorous movement like a last minute desperate sprint for the last train out of town and will also  prove ideal for sedate jogs and general slogging about at the gym. Fortunately the casing and the earphones themselves have an IPX4 rating, meaning that they’re splashproof so it should survive sweat or a quick rain shower. 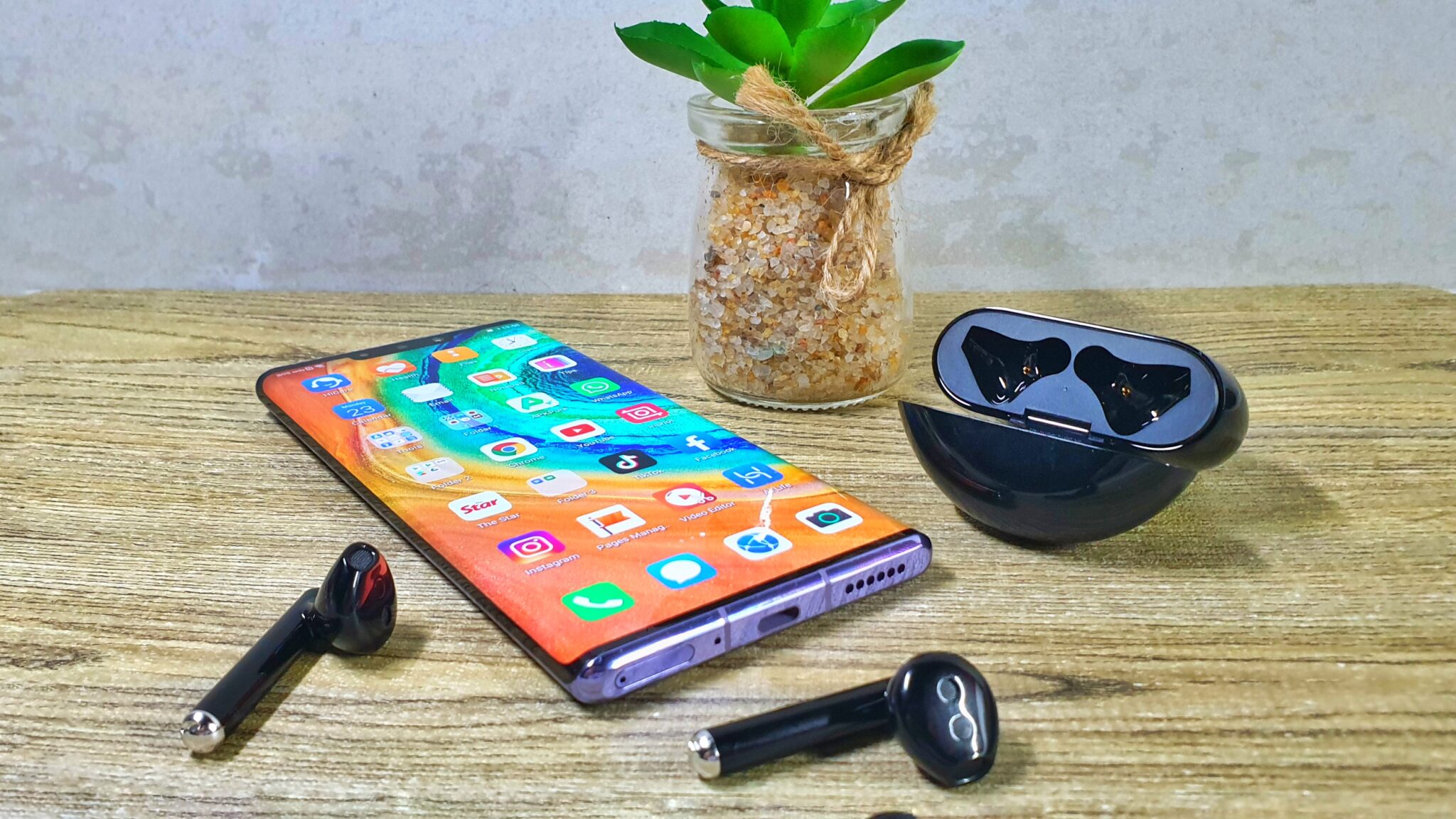 The provided AI Life app helps you tweak the level of ANC needed up to 15dB tops as well as customise what your taps on the left or right earphone will do. In absence of that, a double tap on the left turns on ANC while a double tap on the right controls playback. While this control setup works for the most part, we sometimes found that taps occasionally don’t register or required a bit more force for it to take which is an occasional annoyance.

That aside, Huawei’s wireless earphones proved to be pleasantly competent at what it does with some caveats of course. The decision to implement active noise cancelling around an open-fit earphone is perplexing indeed as the lack of comprehensive passive noise insulation means that it’s a compromise of sorts as external noise of sufficient volume will inevitably leak in.

Active noise cancellation on its own isn’t a magic bullet and at 15dB, the ANC on the FreeBuds 3 is rated to be able to tackle modestly low volume background noise like that on the engines on a plane, a running car engine or background conversation. As a means of comparison, a running shower measures in at 60dB while a balloon popping is about 125dB.

With ANC on and dialled to maximum, you’ll realistically be able to drown out a good deal of the background noise on a moving bus, on a plane or in a busy train terminal. On the bright side there’s enough external noise leaking in so that you’re aware, for the most part, of potential hazards like oncoming traffic. 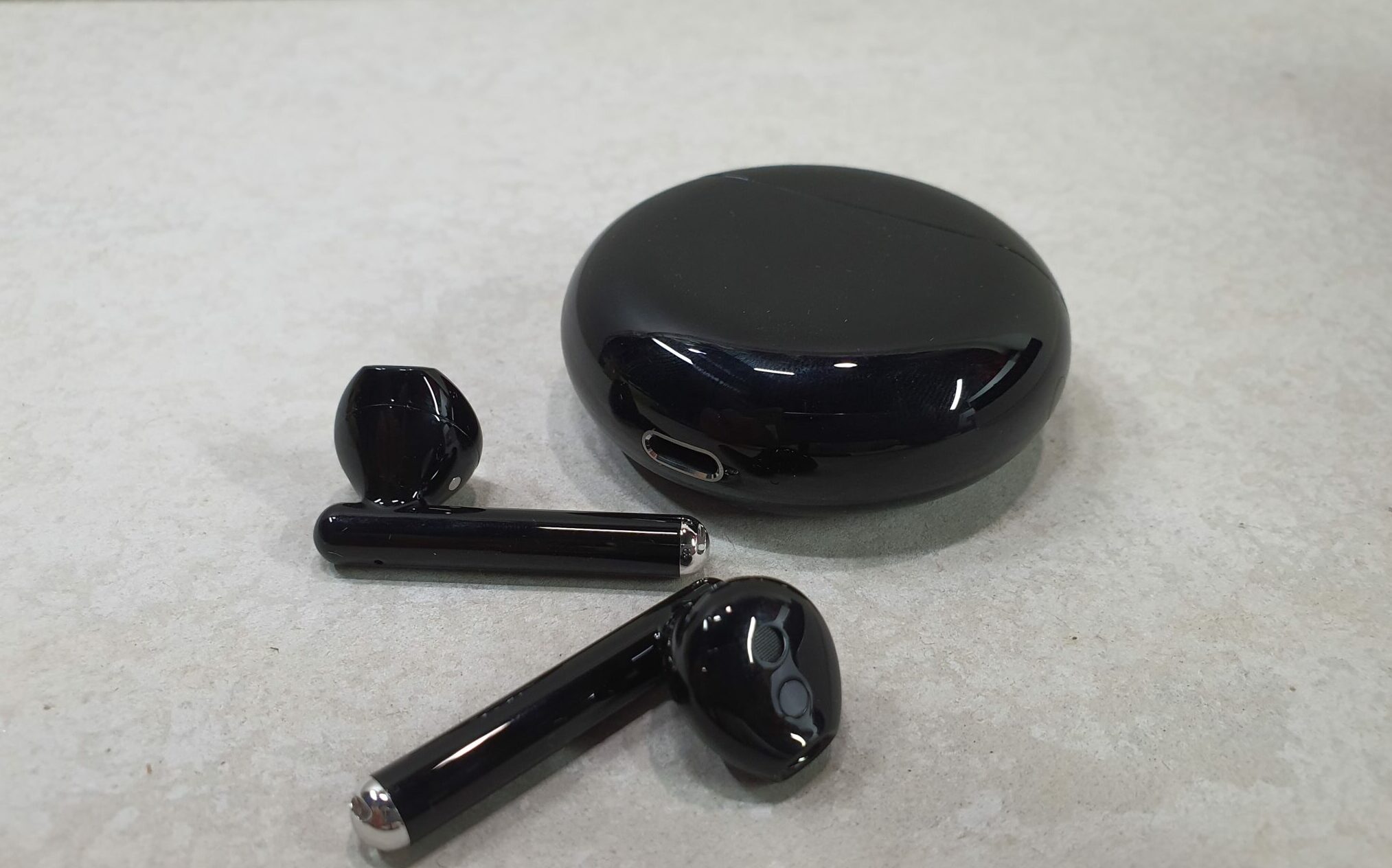 Audio quality was decent with a good sound stage and detail all around though the provided bass felt somewhat underwhelming though it’s understandable seeing its compact dimensions. Vocal tracks from Simon & Garfunkel and Joanna Wang maintained their rich lustre and the likes of Enya’s lively Orinoco Flow were handled in a fairly competent fashion. We tested the bass with the late Avicii’s infamous Levels track but it proved rather underwhelming at best with a lack of punch.

Of interest to audiophiles is that the FreeBuds 3 have 2.3MBps data transfer speeds so that they’re able to tackle Hi-Res audio quality files and they managed to handle several flac and wav files without undue lag or streaming issues. Fortunately, call quality was also excellent on both sides of the divide.

Gamers in particular will appreciate that the FreeBuds 3 have impressively low audio latency that’s rated at 190ms on account of their Kirin A1 processor. This particular benefit is best exhibited when you’re gaming as sound isn’t delayed as the action happens onscreen. In several test matches of Call of Duty Mobile on WiFi and on data, the FreeBuds 3 worked as advertised with incoming rounds sounding off in our ears the moment they were fired downrange.

On paper, the FreeBuds 3 offers 4 hours of battery life on a single charge and in the field we managed this much with a combination of music listening, gaming and phone calls. Charging the earphones is simply a matter of replacing it back in the casing which offers an additional 20 hours or about 5 more charges. Even when fully drained, it’s still able to be juiced in under an hour or if you’re in a pinch, by relying on reverse wireless charging via the Mate30 or Mate30Pro.

As it stands, the Huawei FreeBuds 3 is a fairly competent pair of wireless earphones that boasts of active noise cancelling while delivering decent audio quality at a rather competitive price tag. It’s not the most ideal option for iPhone users looking for a cheaper alternative seeing the lack of the AI Life app on the Apple app store but it’s well worth a look for anyone on Android and a sound investment for those who already own a Huawei phone. 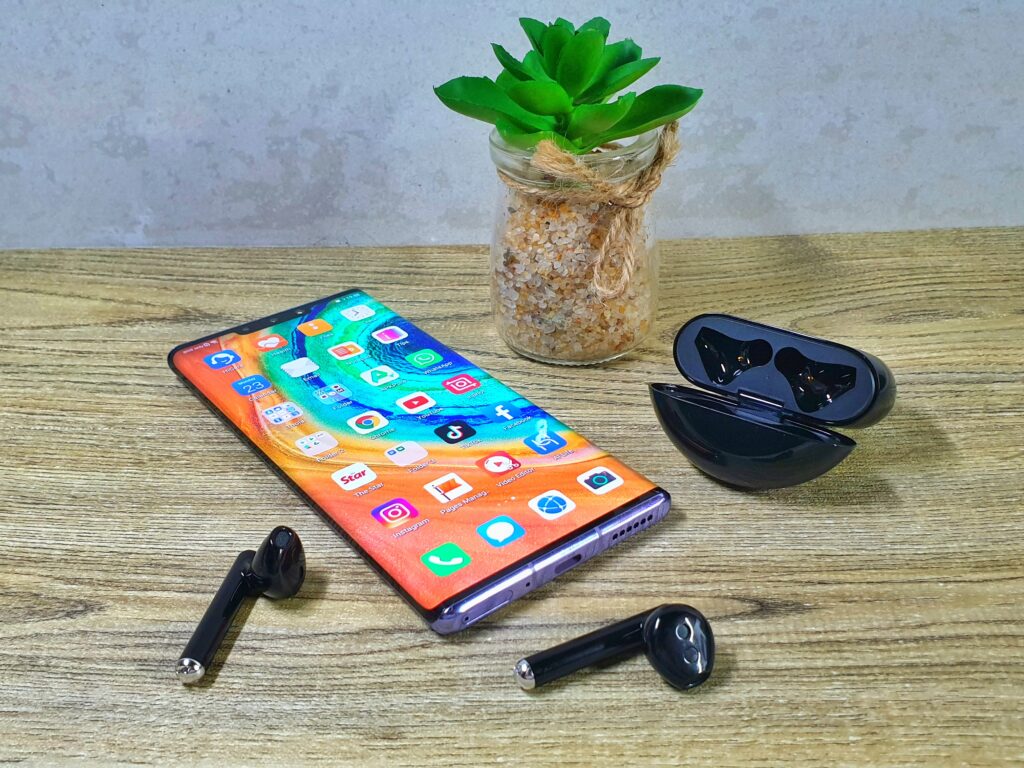