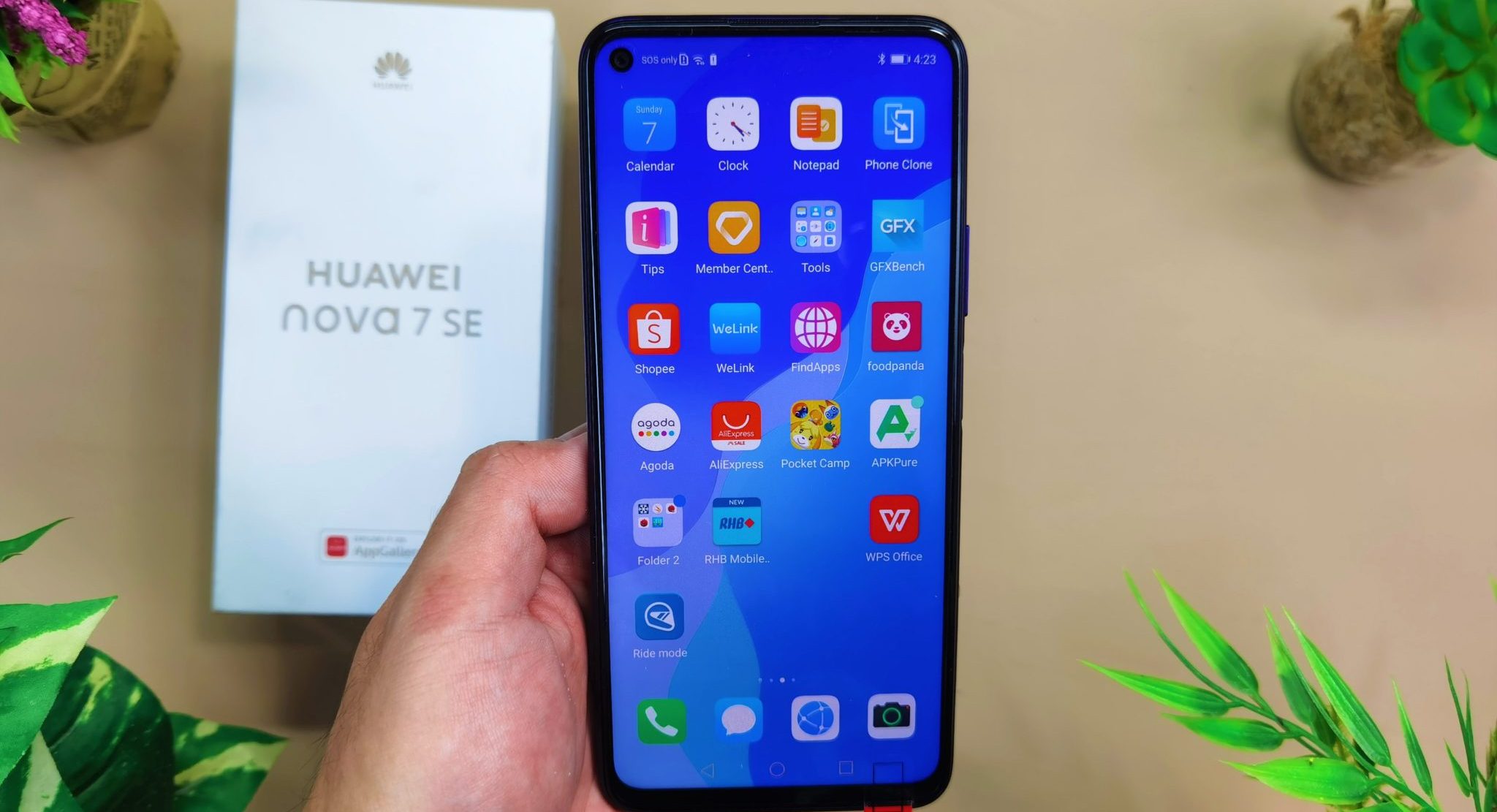 Huawei Malaysia has announced that the Nova 7 series is coming to Malaysia in a matter of weeks. It recently made its global debut in China and is intended as a stylish yet powerful midrange phone powered by Huawei’s own EMUI user interface, their AppGallery app store and their SmartLife ecosystem of devices.

To date, Huawei’s AppGallery has grown to become the world’s third largest app store behind the Apple app store and the Google Play store; quite an achievement since their debut last year. 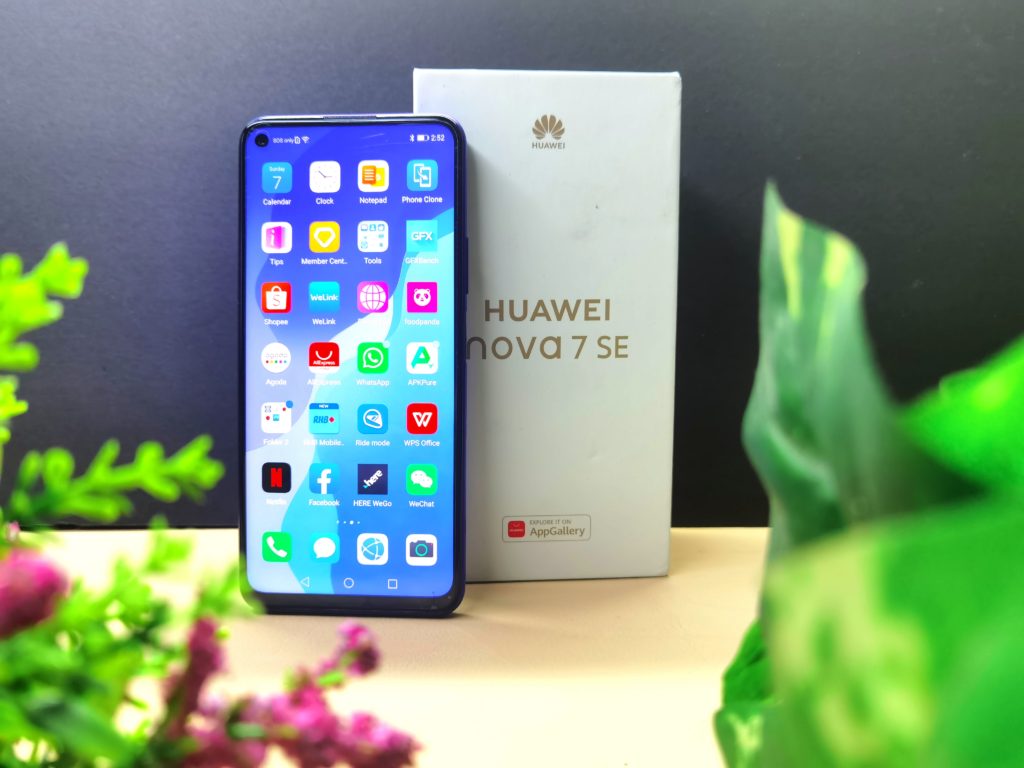 While it doesn’t have Google’s suite of applications like Google Docs, Maps and the like , the Nova 7 series is still capably equipped with a variety of viable solutions from Huawei’s own AppGallery app store.

Several of Google’s staples have direct alternatives already baked into the Nova 7 series such as their MeeTime video call feature that replaces Google Hangouts, the Huawei Cloud that replaces Google Drive and ups the ante with 50GB of free storage and more. For emails, Huawei’s own Email app acts as a powerful option over the stock Gmail app that can also parse email from other service providers including Gmail, Yahoo and Outlook.

Since its official inception last year, the Huawei AppGallery now has a pleasantly diverse and growing variety of apps that cater to the vast majority of use-cases that a Malaysian would require in their day to day life from banking to e-commerce all the way to entertainment. 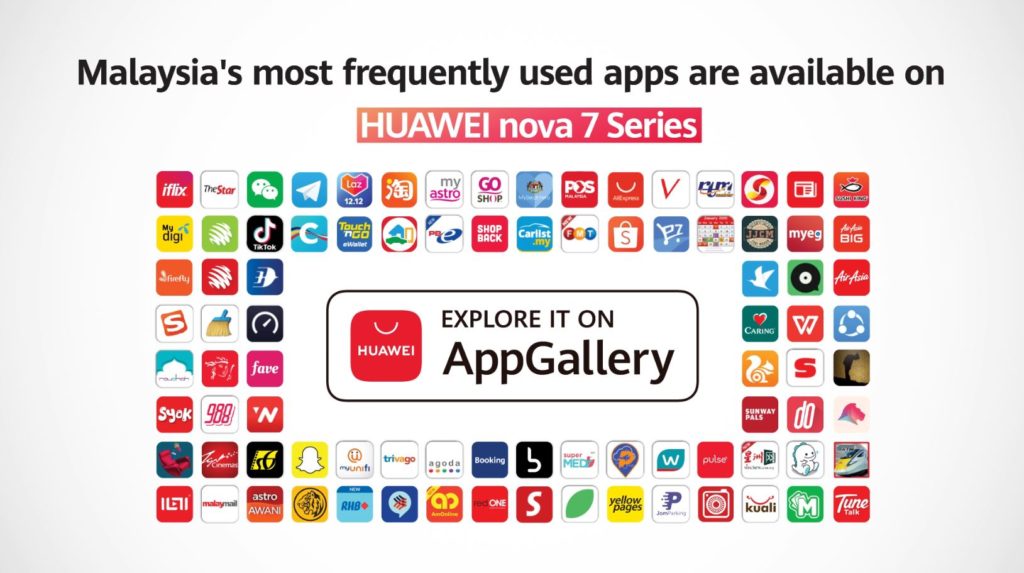 Almost all major banks and loyalty apps are available on the App Gallery including a few off-shore ones too for good measure. For retail therapy, all the major e-commerce platforms including Lazada and Shopee are available and accessible so you’re able to cash in on the latest deals and bargains.

If you don’t or more likely can’t cook, you’ll need to order takeout. Fortunately you have access to the usual lifelines for the culinarily challenged like FoodPanda on the Nova 7 series though the Grab app, which relies in part on Google services, is not available yet.

For social media and chat applications, Facebook, Whatsapp, Instagram, Tiktok , WeChat and a slew of other apps are all present and correct on either the AppGallery or downloadable via the official developer sites and other third party sites like APKPure.

On that note, if you need a helping hand or want to take legwork out of having to find the apps you want online or which aren’t currently on the AppGallery just yet, Huawei has also issued an FindApps app that – you guessed it – helps suggest where to download the app that you’re looking for or if available, acquire it from the Huawei AppGallery.

If you’re looking for a much easier way to go about getting your favourite apps on a new Huawei Nova 7 series smartphone, there’s an even easier method via their Phone Clone app. It’s available by default on all Huawei phones and it’s also downloadable for free for iOS devices on the Apple app store as well as other Android phones too on the Google Play store. 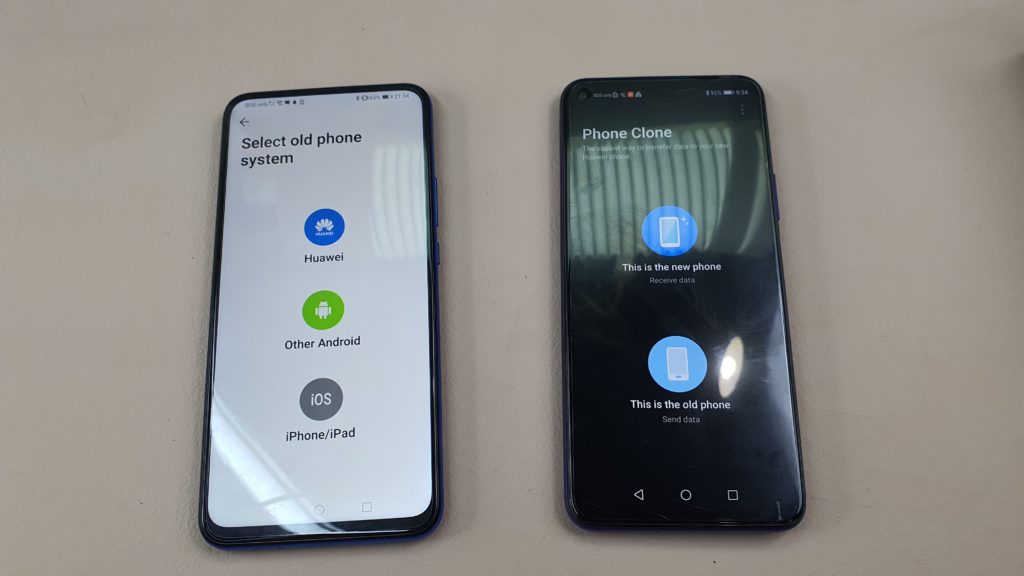 Migrating over from another smartphone to the new Nova 7 series  is even easier with Huawei’s Phone Clone app that transfers almost the entirety of the contents of your old smartphone – contacts, texts, your calendar, music, documents, photos, the vast majority of your apps and all – to the new one. 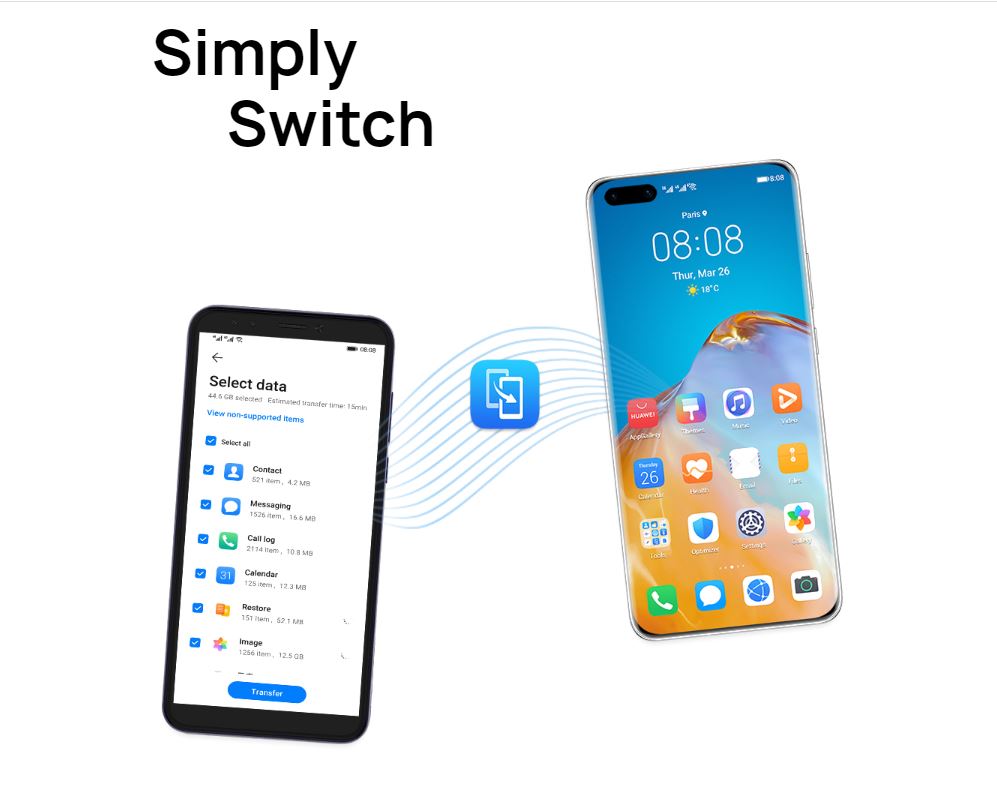 Once you’ve downloaded Phone Clone on the old phone, all you need to do is activate the app on both phones then use the old phone to scan the QR code on the new phone inorder to initiate the phone cloning process. You don’t need WiFi for this step and the process only takes a few minutes at most. 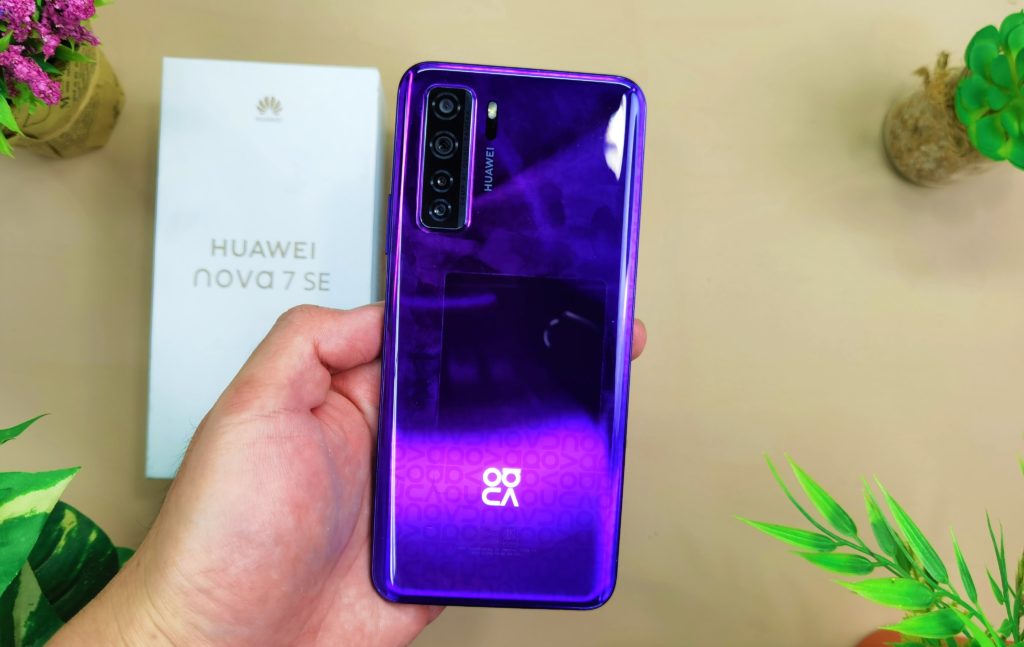 We have an early product sample for the Huawei Nova 7 series dubbed the Nova 7 SE and it looks like a real beauty with its metallic purple finish that is somewhat akin to last year’s Nova 5T with the unique NOVA monogram emblazoned in a repeating pattern all across its finish. There’s no word on price, official final specifications or special preorder deals but we’ll keep you posted!