Business users and others who need to work on the go need laptops that are powerful, highly portable and which offer extensive endurance in the field. HP’s new Elite Dragonfly and new Spectre x360 convertible notebooks fit the bill as they pack luscious touchscreens, 360-degree hinges, all-day battery life and impressive amounts of pixel crunching power under the hood.

HP has also placed great emphasis on privacy and security with the new generation of HP convertibles as the Elite Dragonfly has a webcam shutter to block it when not in use, an optional HP Sure View Gen3 privacy screen and HP Sure Sense software to provide protection against malware.

The HP Spectre x360 comes with optional integrated privacy screens, an unhackable webcam kill switch that disables the webcam when it’s not in use and a microphone mute button that lets you know when it’s either on or off via an LED indicator. Here’s how the HP Elite Dragonfly and Spectre x360 pack under the hood… 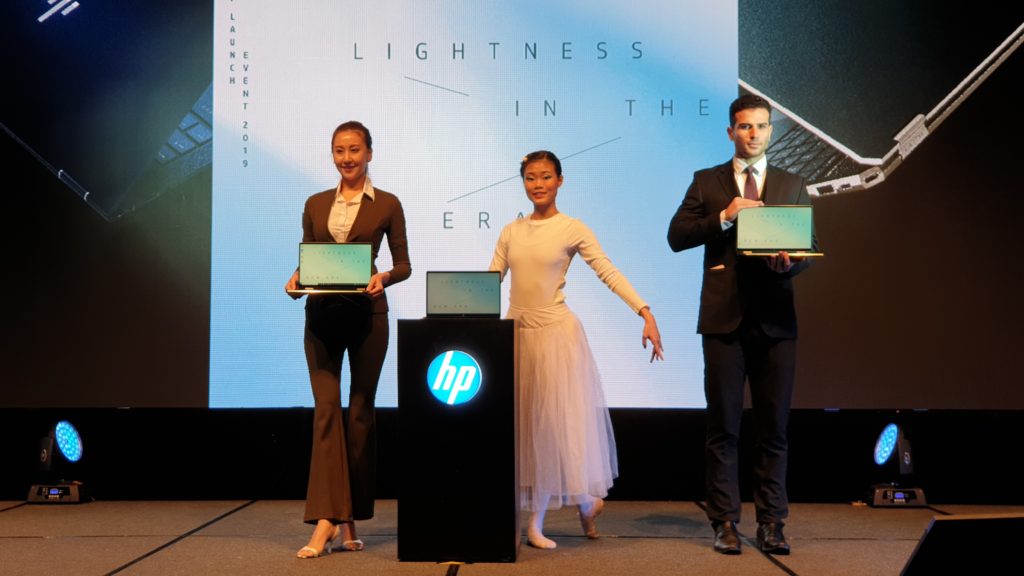 The 13.3-inch HP Elite Dragonfly is touted as the world’s lightest business convertible and earns that laudable accolade as it weighs just 990g. To keep it light, HP has machined the chassis from magnesium alloy and includes a redesigned lightweight keyboard and click pad that ensures performance without compromising on weight. Belying its extremely light carry weight, the Elite Dragonfly is a full-fledged convertible with a 360-degree hinge that lets you convert it from a notebook into a tablet or tent-style display at will. 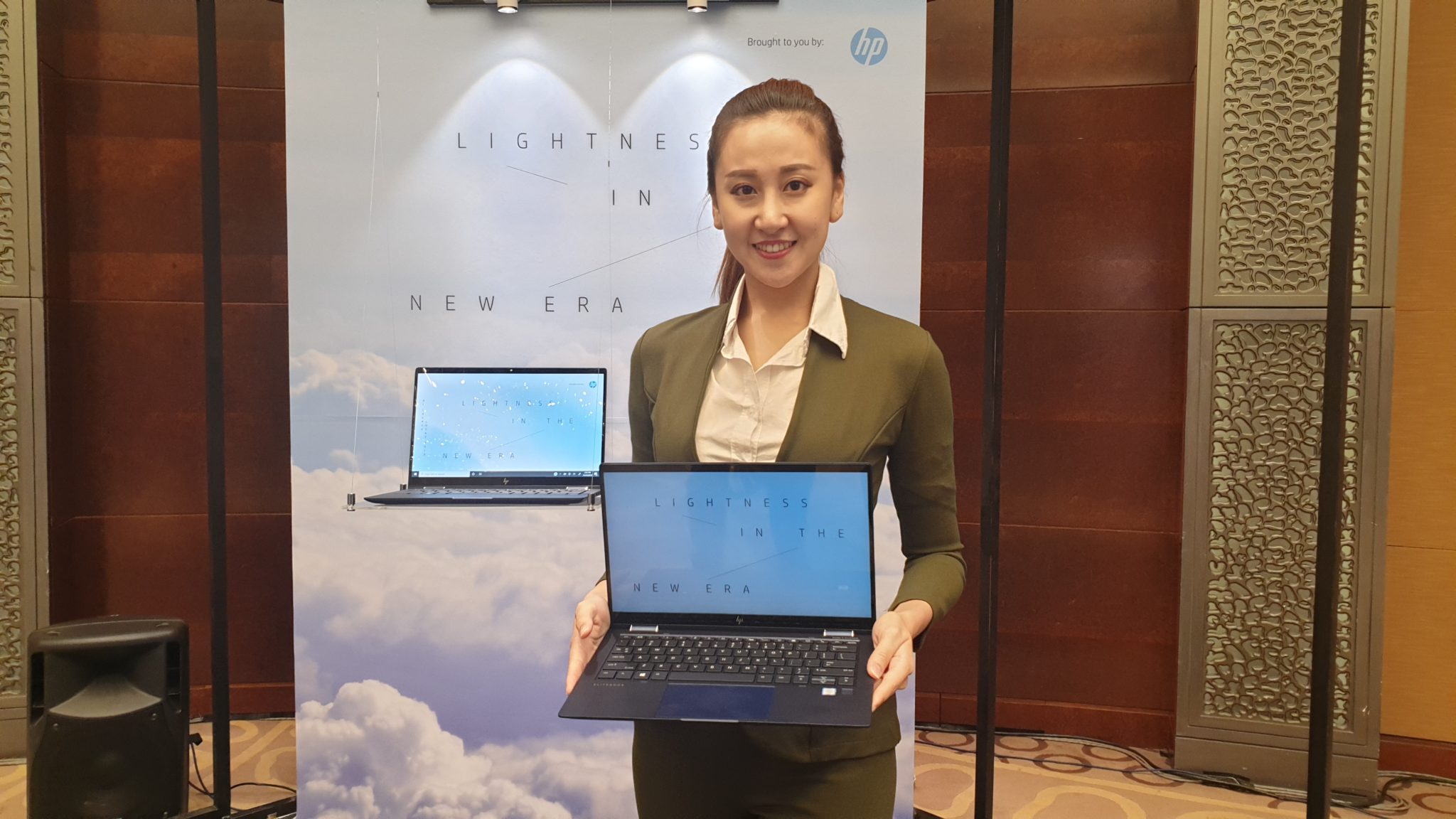 In terms of hardware, the HP Elite Dragonfly comes in a variety of configurations but you can max it out with an 8th Gen Intel Core i7-8565U processor, 16GB of DDR3 2,133MHz RAM and up to 512GB PCIe NVMe QLC M.2 SSD with 32GB Intel Optane memory. The Elite Dragonfly also offers WiFi 6 connectivity for nippy downloads. 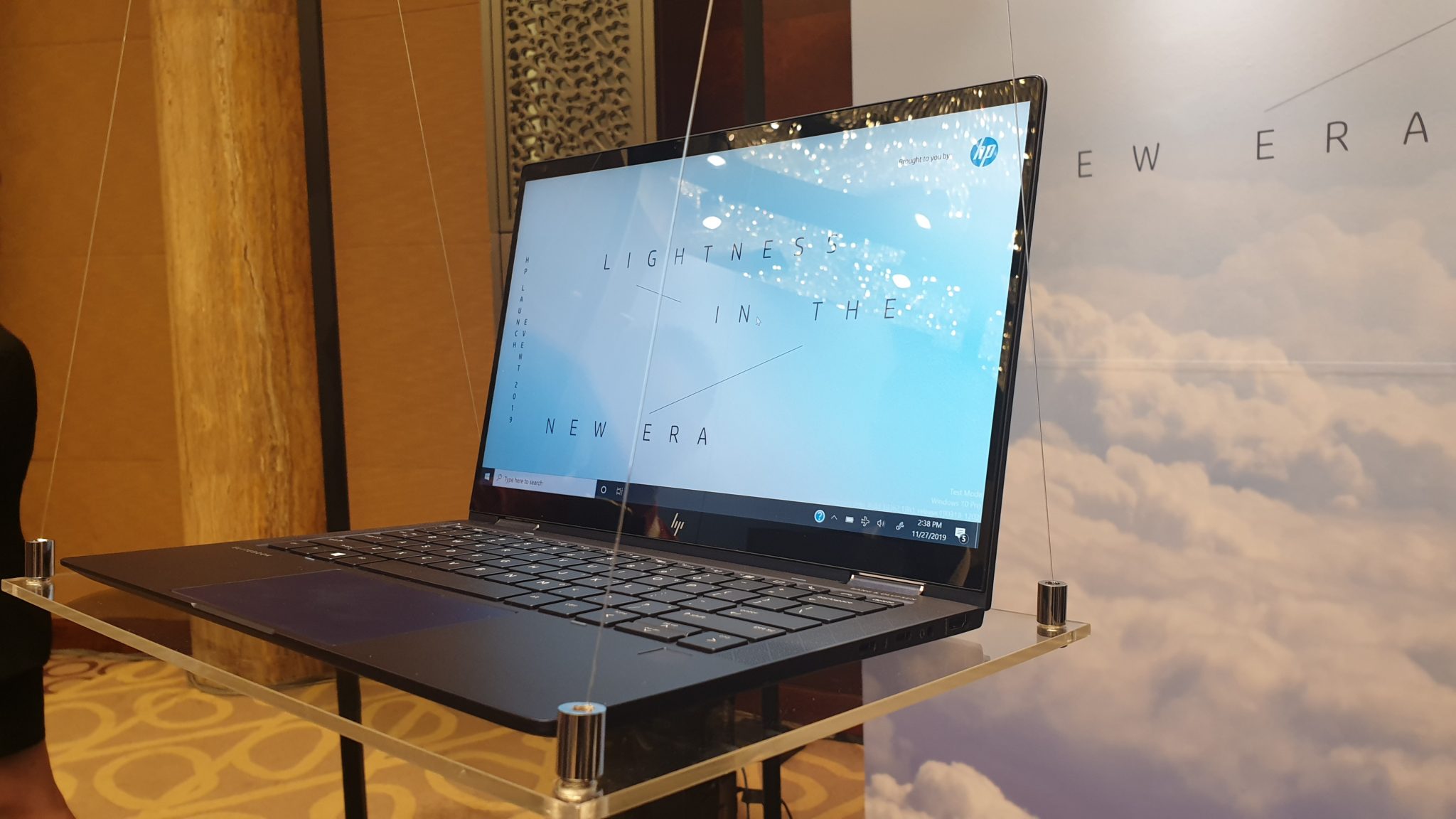 Battery life is impressive indeed and according to HP, the Elite Dragonfly is rated for 24.5 hours on its 4-cell 56.2WH Li-ion polymer battery. In Malaysia, prices for the HP Elite Dragonfly start from RM6,500 and up and it’s now available nationwide.

The new HP Spectre x360 convertible is 13% smaller than its predecessor and packs even better performance than ever before. It’s a bit beefier and heftier than the Elite Dragonfly at 1.3kg and a bit chunkier at 16.9mm but packs your choice of either a 10th generation Intel Core i7-1065G7 1.3GHz or an Intel Core i5-1034G4 1.1GHz processor, Intel Iris Plus Graphics, 16GB DDR4 3,200MHz RAM and either a 1TB SSD with 32TB Intel Optane memory or up to a 2TB PCIe NVMe M.2 SSD. 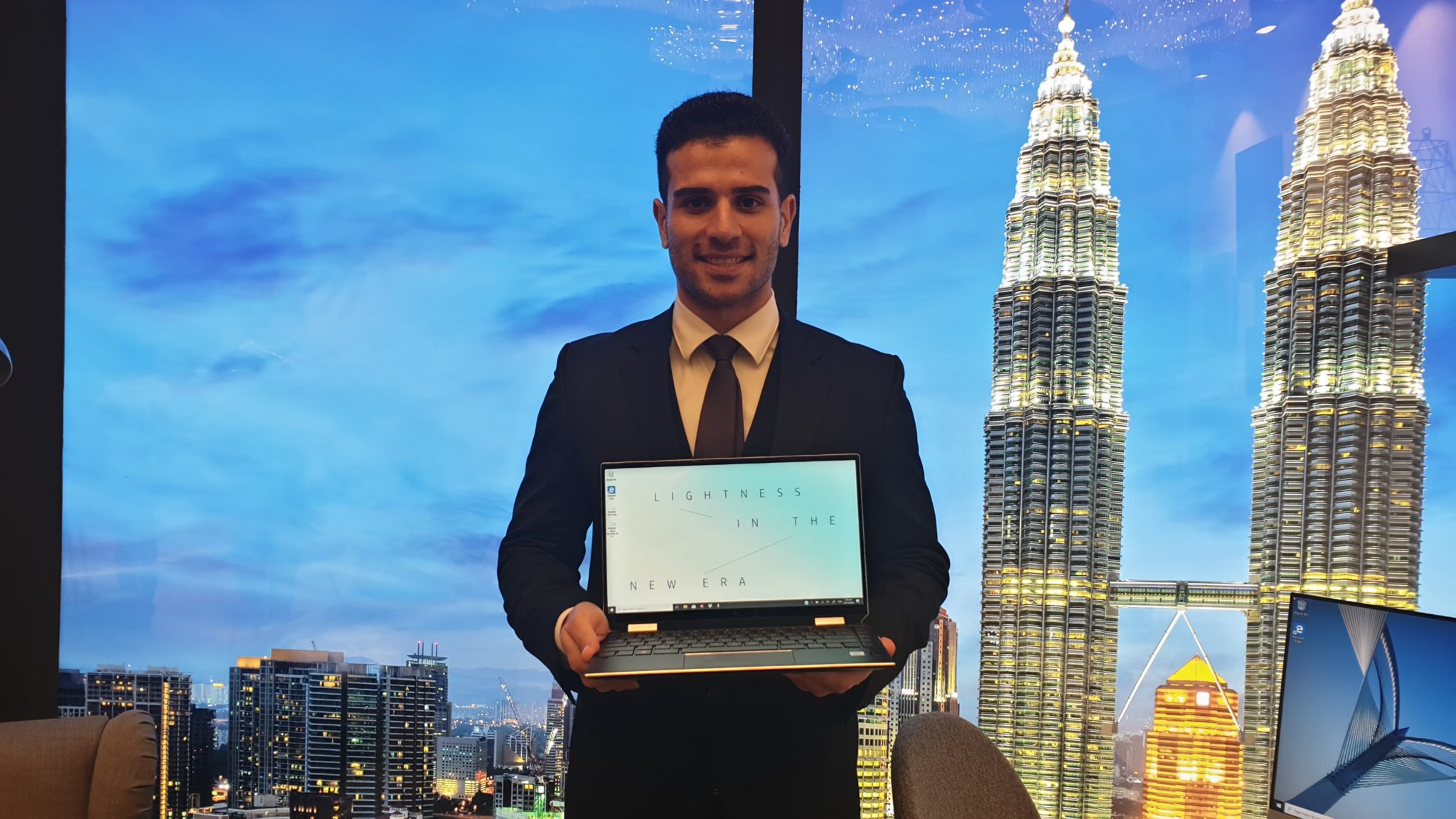 The HP Spectre x360 has the option of several configurable displays though it maxes out with a 13.3-inch 4K AMOLED multitouch display capable of display 100% of the DCI-P3 colour gamut. The built in 4-cell 60Wh Li-ion polymer battery supports fast charging with half an hour giving you a 50% charge, allowing you to get a quick top-up in the field though it’s rated for a generous 22 hours of effective usage in the field. 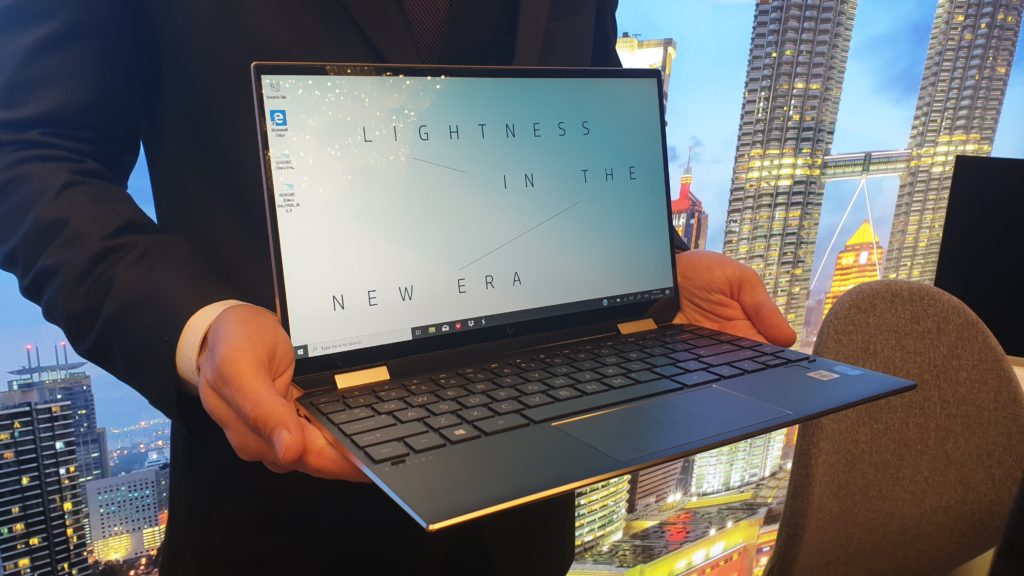 All this makes it quite a beefy portable powerhouse. In Malaysia, the HP Spectre x360 is now available nationwide in your choice of three colours – Natural Silver, Nightfall Black with Copper Luxe Accents and Poseidon Blue with Pale Brass Accents with prices starting from RM5,499.