Honor Malaysia is celebrating the coming Ramadan holidays with an impressive Fantastik Raya Bersama sale that continues from today till 24th May 2020 with an entire slew of deals, freebies and much more as well as their highly anticipated Slash It! Deals that literally knock prices down to crazy low levels.

Wait, what are the Honor Ramadan Slash It! Deals about?

The Honor Ramadan Slash It! Deals on their official HiHonor website allow aspiring buyers to win such coveted items as their Honor MagicWatch 2, their Honor Band 5 Sport, Honor FlyPods Lite and Honor Powerbank for the low price of nought – that means it’s free! The slash deals will occur at three intervals between 4-6, 11-13 and 18-20th May this month. Basically, all you need to do is sign up at Hihonor, select your desired item and then get as many people to like and share the item you want via Facebook to get it for free. It’s that simple! 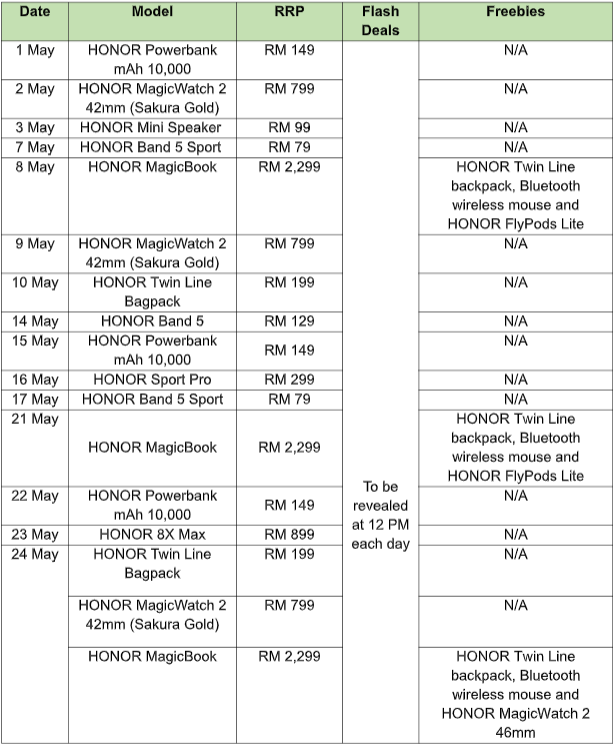 Honor will be offering a slew of deals across their entire range as part of their Ramadan flash deals with specially priced offerings from 12 noon till 2pm for a total of 2 hours from Thursday to Sunday. 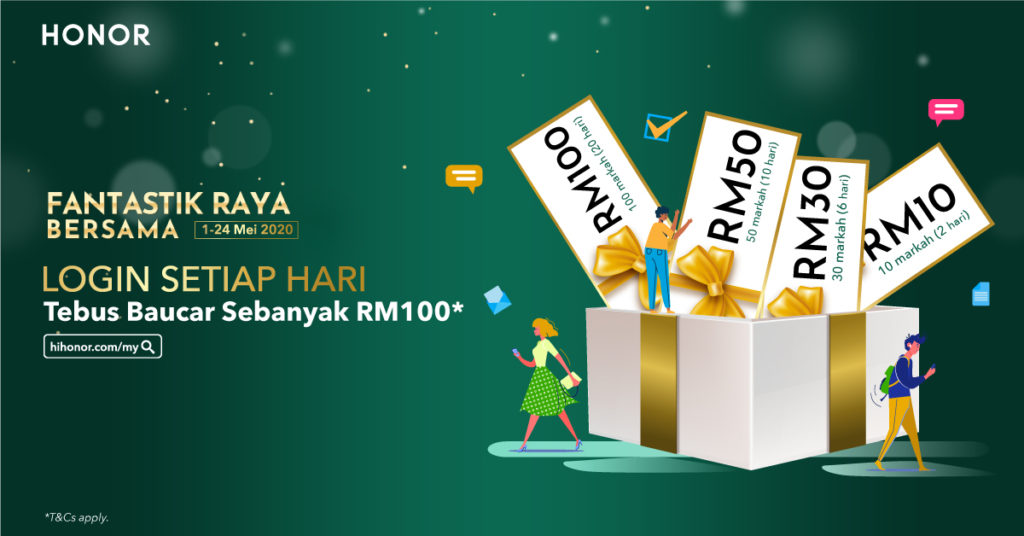 Among the popular deals on offer by Honor for their upcoming deals across  a variety of their existing offerings. You can check them out in the table below. Honor is also repricing their Honor 20 down to RM1,099 down from RM1,199, their Honor 20 Lite from RM799 down to RM699 and their Honor 9X down to RM899 from RM999. They also have permanent markdowns for their Honor 8X Max, Honor 8A, Honor *s and Honor 7S too. For more details swing by http://hihonor.com/my