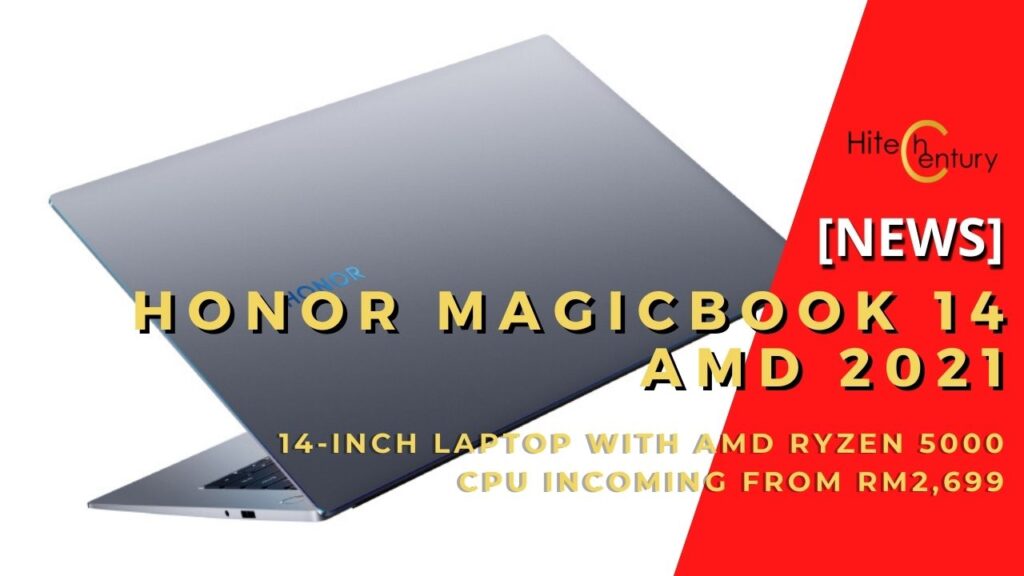 Getting a reasonably priced laptop with decent performance these days is rarer than hen’s teeth but the incoming HONOR MagicBook 14 that packs an AMD Ryzen 5000 series mobile processor looks promising indeed for RM2,699.

The HONOR MagicBook 14 builds on their proven 14-inch form factor which weighs just 1.38kg and is 15.9mm thin with a fold-flat hinge that allows the display to lie down a full 180-degrees. 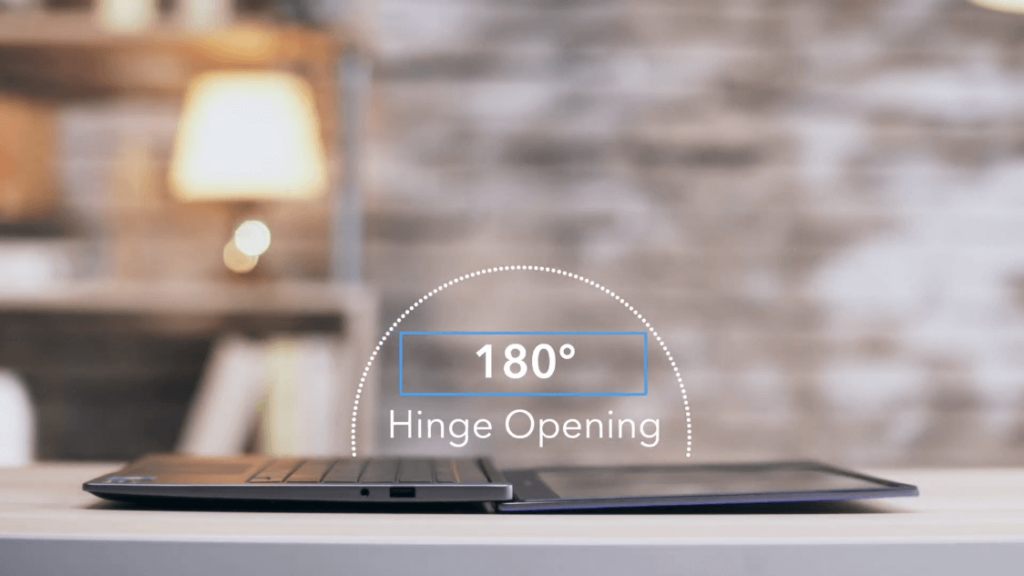 Under the hood, the laptop uses an AMD Ryzen 5 5500U processor with AMD Radeon graphics. This is paired with 8GB DDR4 3,200MHz RAM and either 256GB or 512GB of built-in storage. 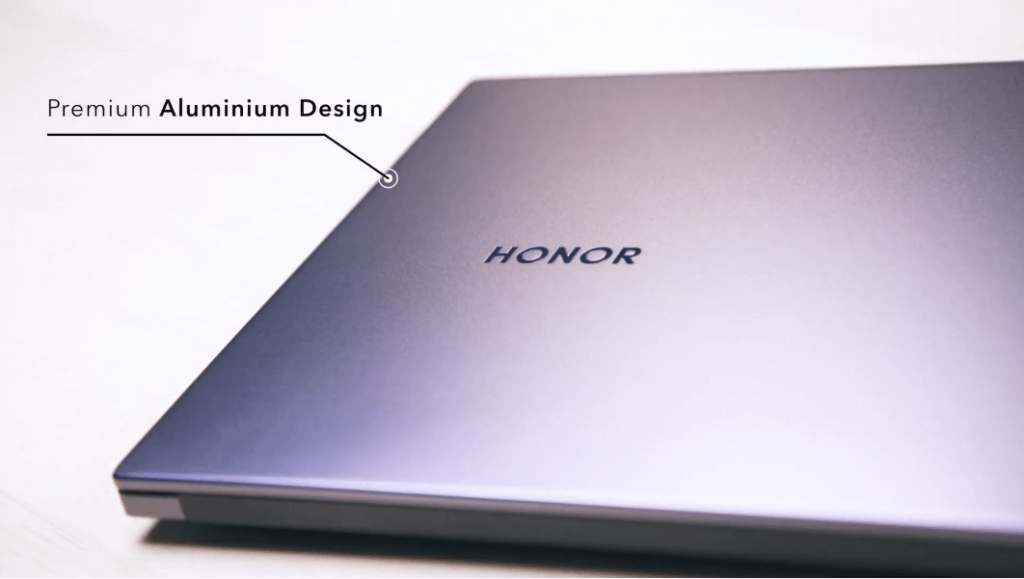 The display mounted on the MagicBook 14 is a 14-inch IPS panel with Full HD resolution, a 16:9 aspect ratio and an 84% screen-to-body ratio with a 60Hz refresh rate paired with stereo speakers.

Other mod-cons include a fingerprint reader in the power button for biometrics, and WiFi 6. Keeping it powered a 56Wh lithium polymer battery juiced via a 65W USB-C adapter that’s relatively compact for easy recharging in the field.

In Malaysia, the HONOR MagicBook 14 will be available priced at RM2,699 for the stock variant with 8GB RAM and a 256GB SSD while an 8GB RAM/ 512GB SSD version retails for RM2,999. Both variants will arrive on October 1st 2021 with free gifts that include an HONOR backpack though the 512GB version also tosses in an additional wireless mouse for free. 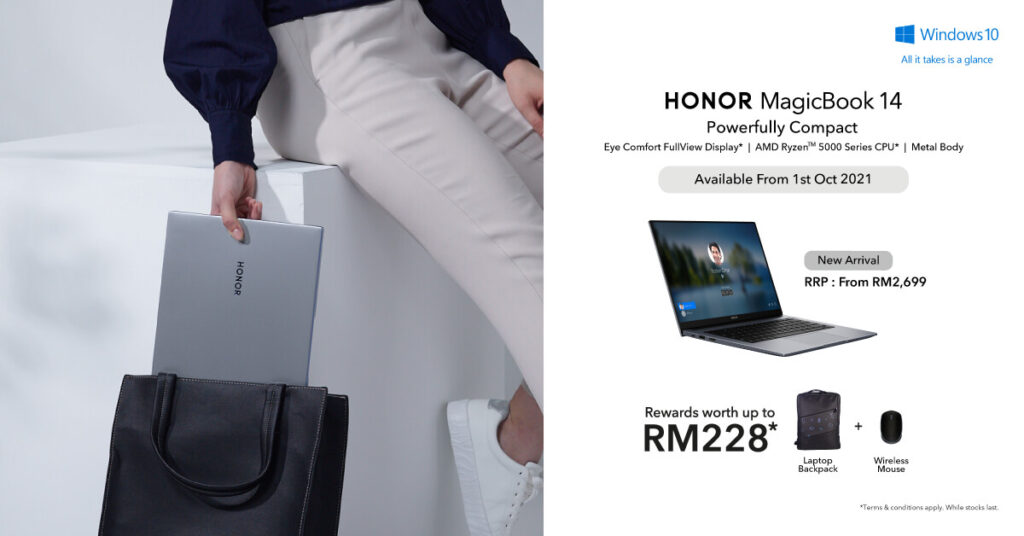 The HONOR MagicBook 14 can be purchased online at the HONOR store, Lazada’s HONOR flagship store, their offline HONOR stores nationwide, the Senheng online store and other retailers nationwide in Malaysia.