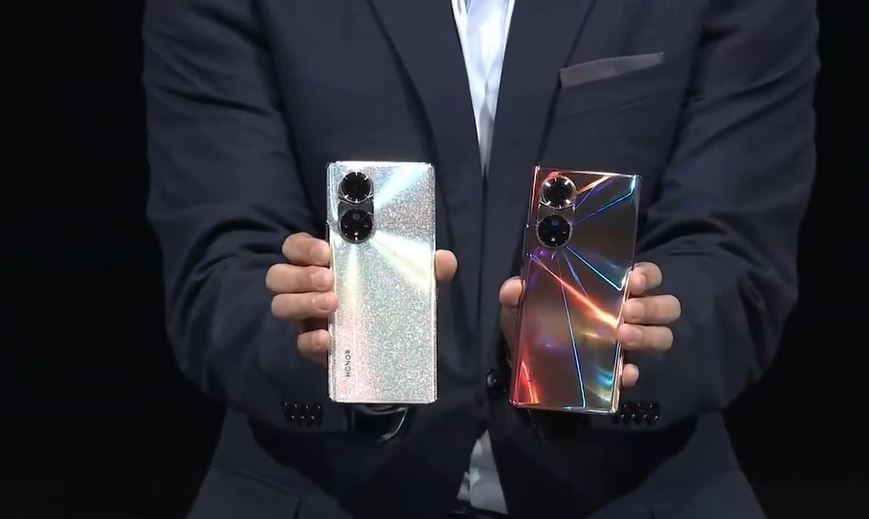 After spinning off into their own outfit away from Huawei, HONOR has regained the ability to use Google Mobile services and they’ve kicked things off in a grand fashion with the launch of their new HONOR 50 series phones that come in the top of the line HONOR 50 Pro, the mainline HONOR 50 and the more affordable HONOR 50 SE.

The most powerful of the three variants, the HONOR 50 Pro features a 6.72-inch OLED display with 1,246 x 2,676 pixels resolution and a 120Hz refresh rate. This is backed up by a Qualcomm Snapdragon 778G processor with 5G connectivity, either 12GB or 8GB RAM and 256GB of storage. 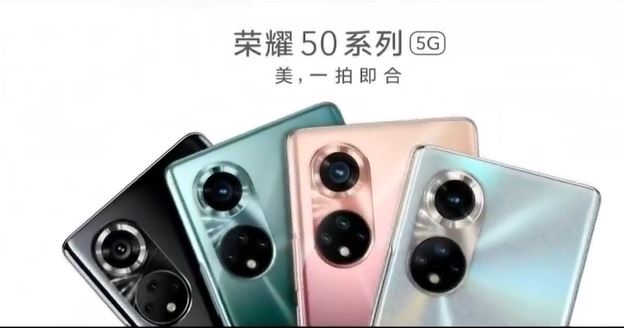 The rear camera of the HONOR 50 Pro is of note with a massive 108MP F/1.9 primary rear camera with PDAF, an 8MP F/2.2 ultra wide angle camera, a 2MP macro camera and a 2MP depth camera. This setup is capable of 4K@30fps video. Up front, the HONOR 50 Pro features a 32MP primary camera and a secondary 12MP selfie camera mounted in a dual punch hole in the upper left of the OLED display and up to 1080P@30fps video. Keeping it powered is a 4,000mAh battery with 100W fast charging and the ability to charge to full in just 25 minutes. Notable mod-cons include an in-display fingerprint reader and WiFi 6. 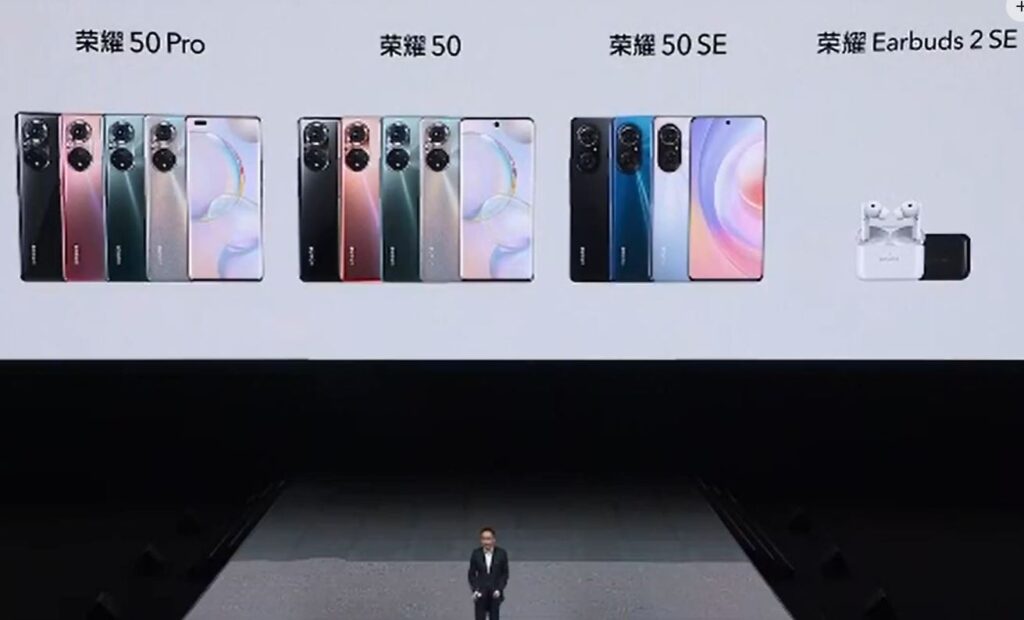 Intended as the mainstream version, the HONOR 50 features a slightly smaller 6.57-inch OLED display that also has an 120Hz refresh rate and a slightly lower pixel density of 1080 x 2,340 pixels.

It features the same processor as the HONOR 50 Pro – a Snapdragon 778G 5G CPU along with the same amount of either 12GB or 8GB RAM and up to 256GB storage though a 128GB variant exists. The rear camera is also set up in a similar fashion though the front is pared down to just a 32MP selfie camera and nixes the 12MP ultrawide angle camera.

Like the HONOR 50 Pro, the HONOR 50 features an in-display fingerprint reader and WiFi 6. Oddly enough, it also has a slightly larger 4,300mAh battery though it has slightly slower 66W fast charging with a full tank in 20 minutes.

Intended as the entry level variant of the range, the HONOR 50 SE has the largest display of the lot at 6.78-inches but uses a less vibrant IPS LCD display with FHD+ resolution though it retains a 120Hz refresh rate.

This variant also uses a different processor – a MediaTek MT6877 CPU with a 5GB modem paired with 8GB RAM and either 128GB or 256GB of storage. The rear camera array is pared down to just a triple camera setup – the primary 108MP F/1.9 camera akin to its other siblings, a secondary 8MP F/2.2 ultrawide angle camera and a 2MP macro camera.

The front camera uses a modest single 16MP F/2.2 camera. Rather than an under-display sensor, the HONOR 50 SE opts for a side-mounted fingerprint reader. Powering it is a 4,000mAh battery with 66W fast charging.

Common to all HONOR 50 series phones is the fact that they have non-expandable storage and will run Android 11 with their Magic UI 4.2 user interface overlaying it. All variants will have 5G baked in at the outset. The HONOR 50 series will also feature what they call as GPU Turbo X that aims to enhance gaming performance by accelerating graphics performance, minimising power drain and ensuring a smoother gaming experience.

At the live stream launch, HONOR posted the following prices for its launch which will first take place in China.

There’s no official word yet on its arrival or which variants will arrive in Malaysia but it has been stated that Malaysia will be in the first wave of deployment for the HONOR 50 series including France, Mexico, Russian, Saudi Arabia and the U.K. We’ll keep you posted the moment we get any updates. In the meantime you can have a look at their www.hihonor.com page to peruse the new HONOR 50.